What you need to know about the port of Miami

Port Island, one of the largest and most visited in the world, a real monster of shipping - all this is the Port of Miami. His full name Dante B. Fascell Port of Miami is as voluminous as himself. We will talk about what you need to know about the most famous cruise harbor of the United States.

Advantages of the Port of Miami

Cruise holidays will never cease to be popular. After all, one does not have to go anywhere, one does not need to take care of anything - the rest begins from the moment the foot stepped on board the ship. And if this is also an ocean superliner, then its passengers can only envy. The times of the Titanic are long gone, the demand for cruises is growing, the pleasure of spending time is taking first place.

Big ship - great sailing and big ports. Port of Miami takes the whole territory of Dodge Island (Dodge Island) artificial island. Today, the Port of Miami is capable of simultaneously receiving up to seven vessels, each of which can accommodate 5,500 passengers. Each pier has its own comfortable terminal. 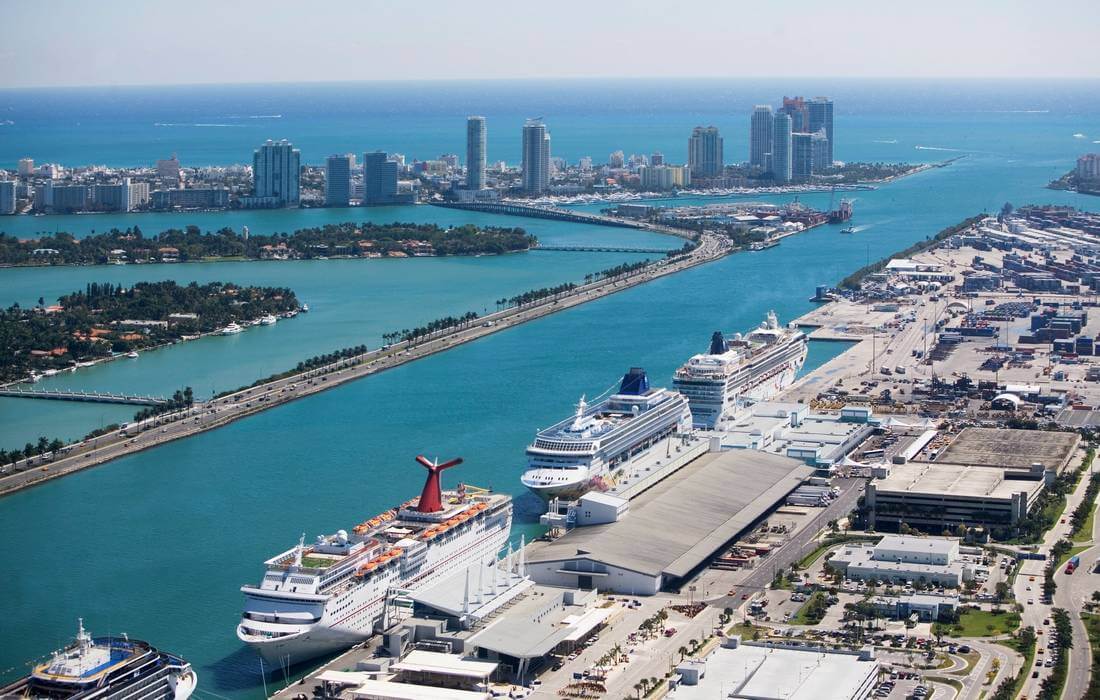 Construction and development of PortMiami

The construction of the port was one of the buildings of the century. Places on the mainland did not fit the port with cruise liners - in the projects laid the prospects for the development of cruise shipping. The new port demanded new technological solutions. On April 6, 1960, a resolution was adopted on the construction of the Port of Miami on an artificial island connected to the mainland by transport routes.

But progress did not stand still by 1997 the need for a global reconstruction of the port, taking into account new opportunities and needs, had matured. The US government has spent more than $250 million to expand access roads, equip passenger terminals, and lay an unprecedented project - an underwater tunnel to the island. It was supposed to be an additional branch for transport, unload the city center and the entrances of cargo vehicles to the port area.

The direct construction of the tunnel began in 2010 and ended in 2014.

The port is equipped with constantly updated equipment - the most powerful and modern cranes, advanced power supply systems. Improvements in technical equipment do not stop - passenger terminals are constantly being repaired and improved, landscaping appears. In 2019, the construction of a new special terminal for cruising in the Scandinavian waters will be completed. 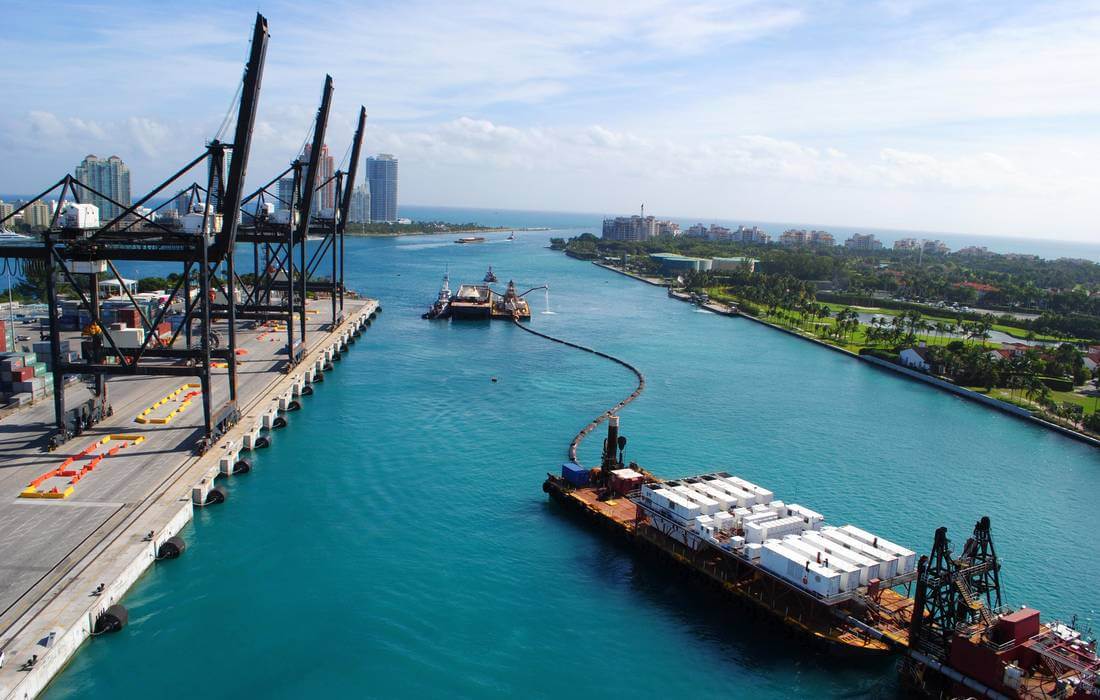 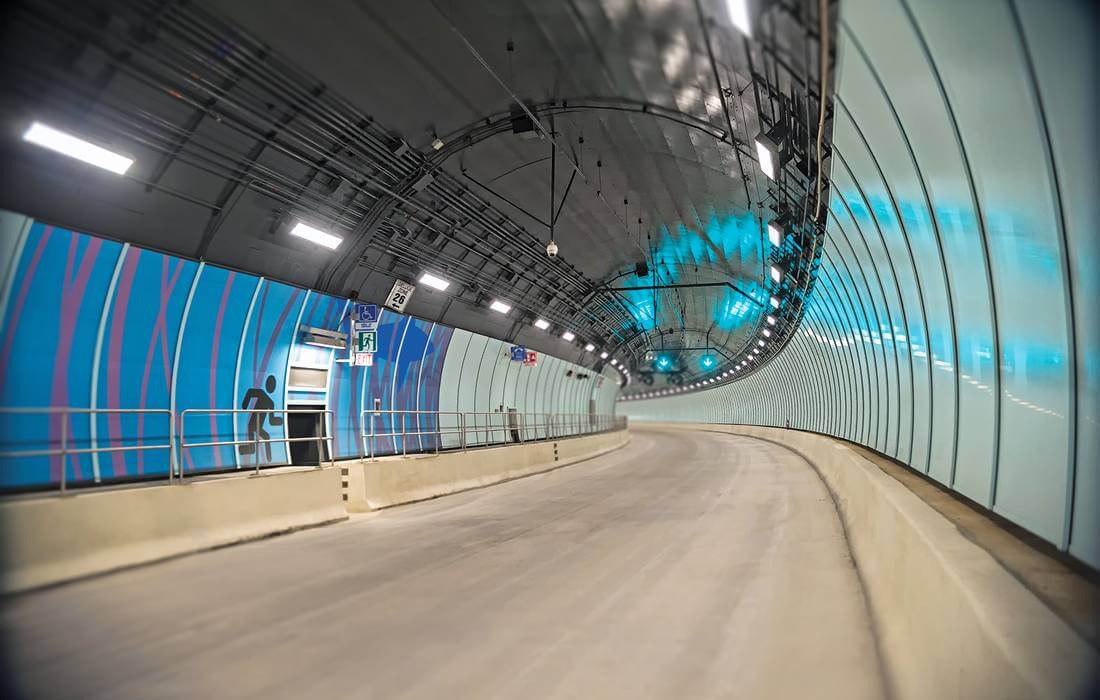 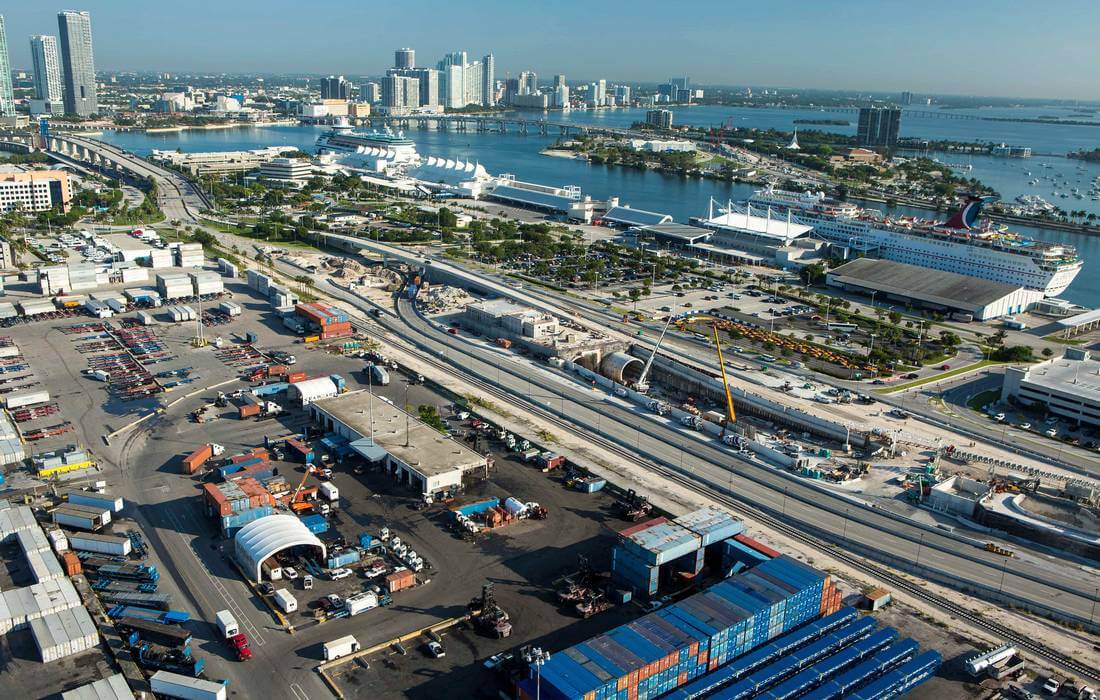 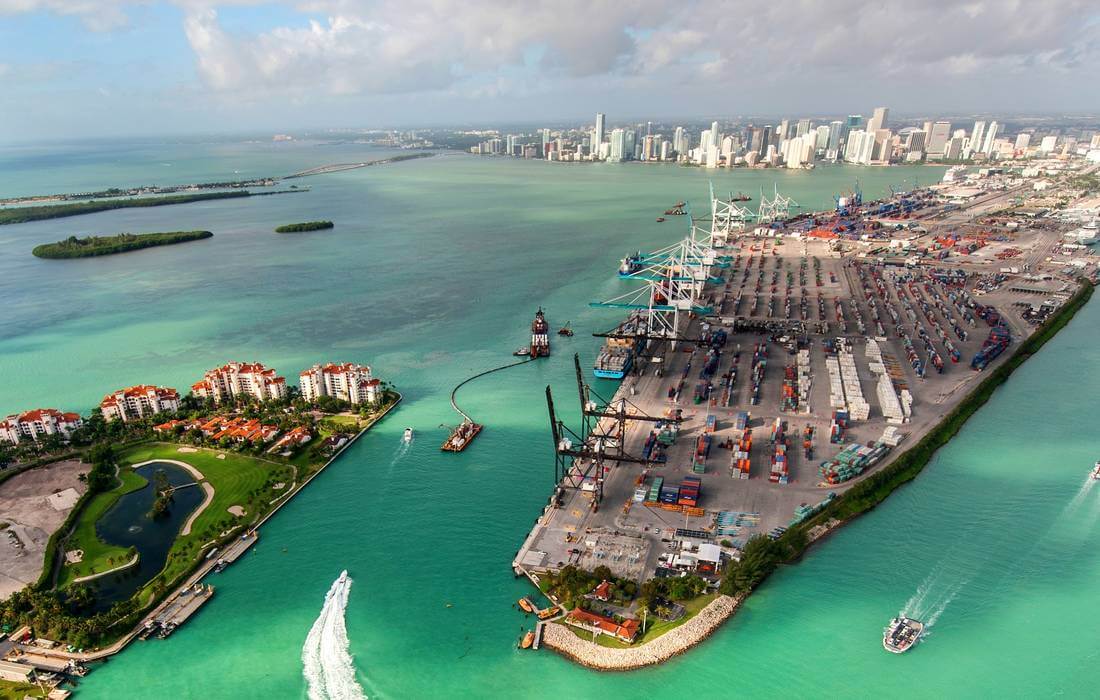 Port of Miami is a city in the city. The port has direct access to the Florida State Road 886, the Miami International Airport and a variety of transportation hubs. In addition to terrestrial paths, there is also an underwater tunnel connected to the highway. Florida State Road A1A. The entrance of taxis, shuttles and any other personal or commercial vehicles to the passenger aisles is absolutely free. On the territory of the port there is parking, prices are as follows:

But there is no luggage storage in the port, the nearest ones are located at terminal E of the Miami Airport. 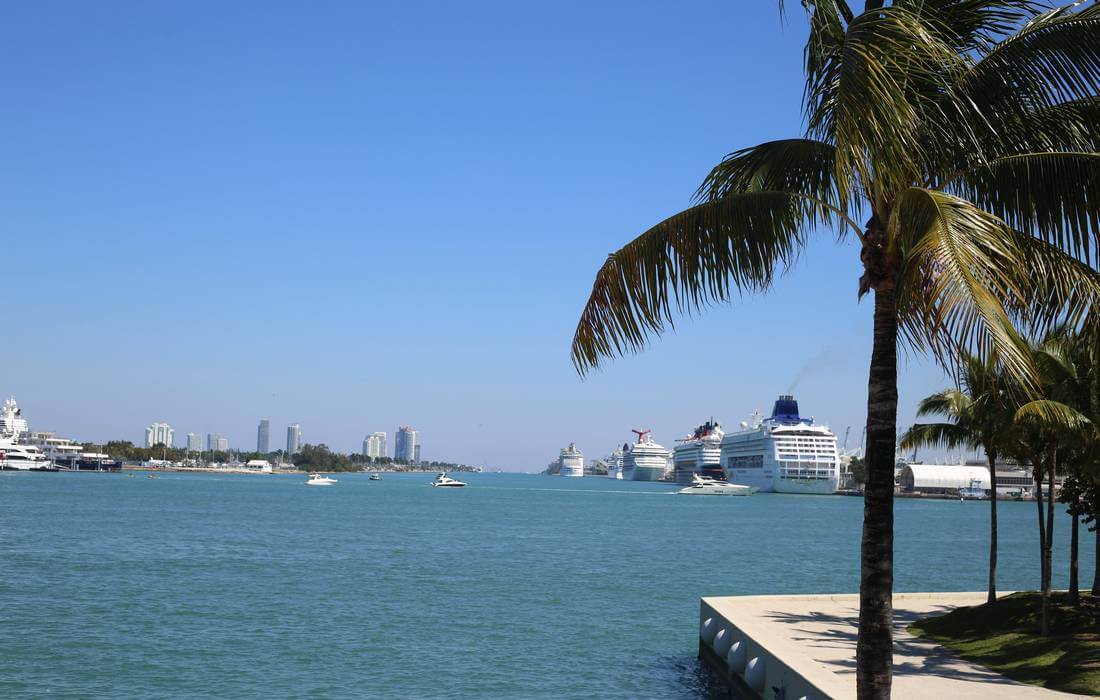 Not only the comfort and spaciousness of the port surprise tourists. After global repair in 2014, the Port of Miami became the object of original architectural and design solutions. The interior design of passenger aisles and waiting areas was done by artist Jim Dren - it was under his command that several terminals were reconstructed.

There are several regular, “own” ships in the port, for example, the Symphony of the Seas superliner. Tours for them are based on the most popular requests from local travel companies. Also in the port of the ship and foreign companies are chartered with exclusive offers of tourist programs. From 2020, the Port of Miami will begin to cooperate with the Virgin Voyages cruise line of Richard Branson. According to preliminary information, the routes will be personally made by Branson, and it is planned to use three ocean liners for the passenger traffic.

In 2017, the harbor broke the world record for passenger traffic: more than 5 million people used the services Port of Miami. Every year, 1/7 of the world’s total number of holidaymakers on cruises passes through this port.

Due to the proximity to the mainland and good transport links, during the stops of the liner in the port, you can visit Miami itself. Beaches, shopping centers, museums and art centers, restaurants on the coast - any entertainment of your choice.

The American Butler company can help not only with the selection of a suitable cruise program, but also with your pastime at any other point in the United States. We are ready to share our experience and knowledge of American culture to make your vacation unforgettable!

Contact us by phone, via email or chat window - we will be happy to advise you on any question you are interested in.
Send a request