The dollar has been intertwined with American history from the start. But why does he look the way he looks? Although the American paper currency has undergone many changes, its design was largely determined by practical considerations.

The history of dollar bills

In our life, money occupies a fairly large place. And the history of banknotes can be quite entertaining. Take at least the US dollar, which is considered one of the main reserve currencies on the planet. In addition to America, now this name is used in 26 more countries of the world. 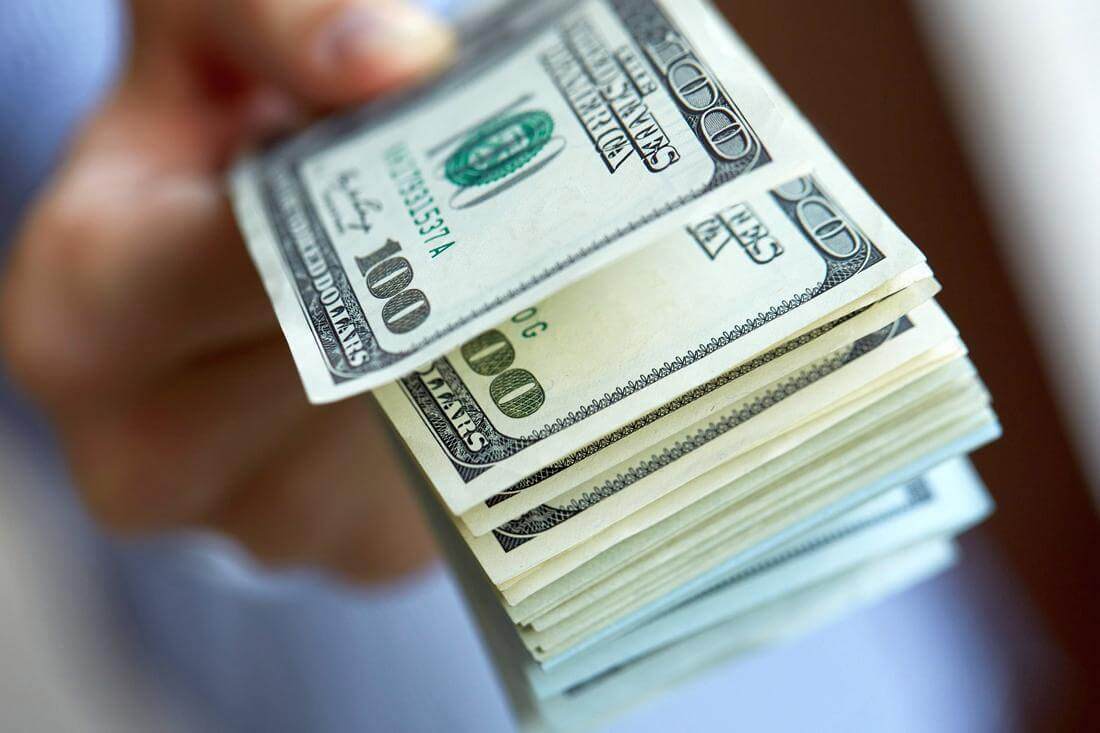 It should be noted that the first dollars were issued in the form of silver coins and only since 1861 they were replaced with paper bills. At the same time, there were only edges with greens, and the middle was painted black. This led to the fact that about a third of the American currency was printed by criminals, and the production of counterfeit money in those years was a real disaster for the country.

In this regard, in 1965 the first US secret service appeared, created to combat counterfeiters. For printing, they began to use green paper with special watermarks. Why exactly green? It's simple: the green color at that time had the lowest cost and, finally, the color itself is not only resistant to external influences, but also, from a psychological point of view, inspires confidence.

Mostly American presidents are shown on banknotes, but as in everything, there are some exceptions as well. So, Hamilton and Franklin were not presidents, but were among the founding fathers of America.

Only once on a dollar was a woman depicted - it was a portrait of Martha Washington on a 1 dollar bill, which was done by order of her husband, the country's first president. By the way, despite the tolerance and equality in America throughout history, there has never been a portrait of an African American on the front of the dollar.

Until now, most banknotes are printed according to the basic design approved in 1928. The standard said that on the front of the bill should be a portrait, and on the back of the monuments. 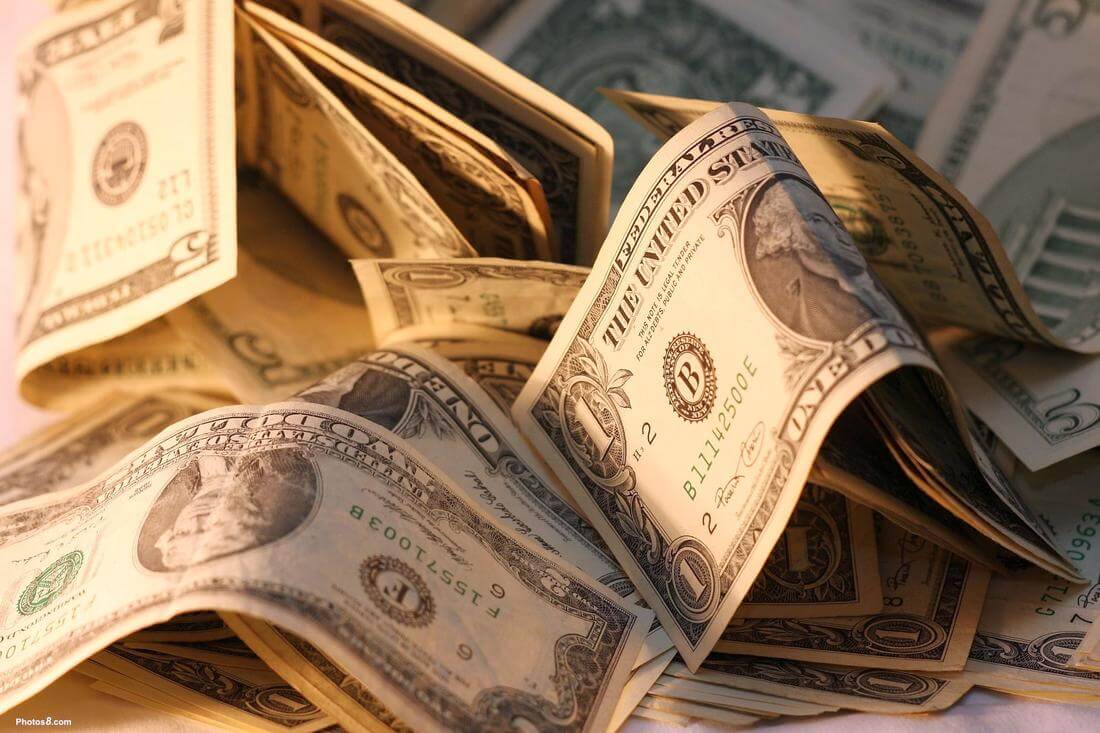 How to get on the dollar

Persons on all outstanding US bills include five American presidents and two founding fathers. They are all men: George Washington, Thomas Jefferson, Abraham Lincoln, Alexander Hamilton, Andrew Jackson, Ulysses S. Grant and Benjamin Franklin. Persons on large denominated banknotes that are not in circulation - $500, $1,000, $5,000, $10,000 and $100,000 - also belong to the people who served as president and secretary of the treasury.

The person who has the last word on whose faces to place on the banknote is the US Treasury Secretary. However, the exact criteria for determining who appears in our paper currency, with the exception of one obvious detail, remain unclear. The Treasury Department only says that it is considering "individuals whose place in the history of the American people is well known."

Look at the faces on every American bill. Have you noticed anything? Right They are all dead. Because federal law prohibits placing the face of any living person in foreign currency. 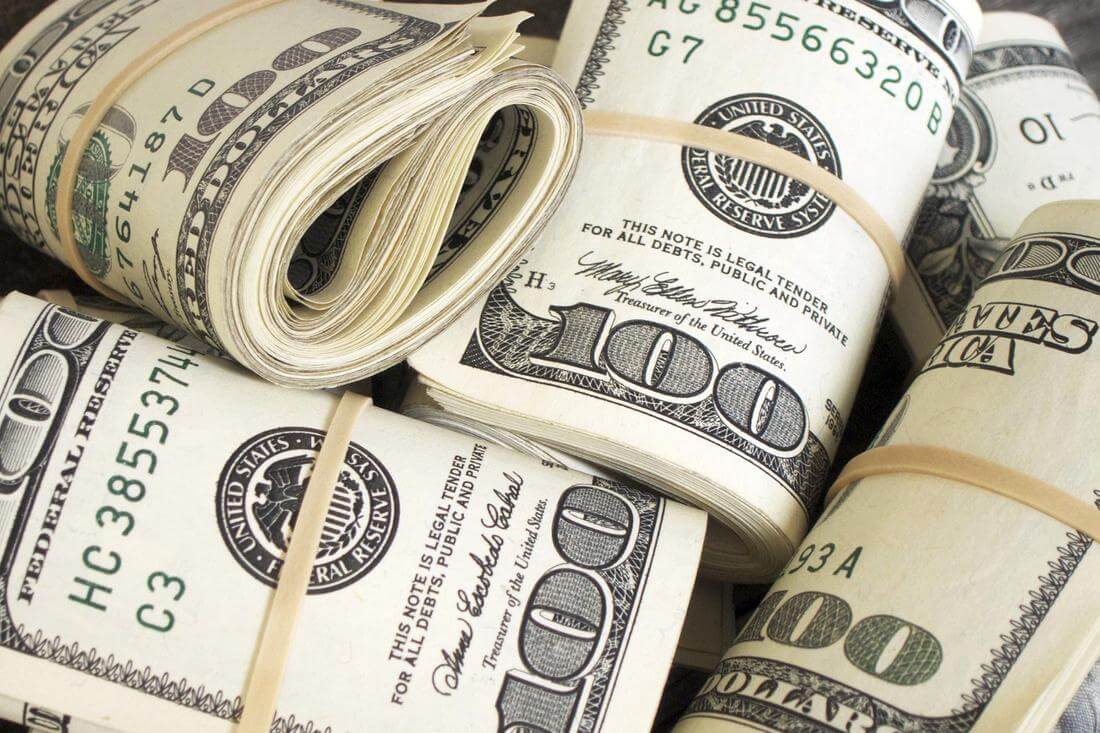 Who is depicted in dollars: types and denomination of American banknotes

So whose faces are now on every American bill?

George Washington, of course, fits into the bill as one of those "individuals whose place in the history of the American people is well known."

Washington is the first president of the United States. His face appears on the front of the $1 bill, and there is no plan to change its design. The $1 bill dates from 1862, and initially it did not have Washington. Instead, there was Treasury Secretary Salmon P. Chase. Washington's face first appeared on a $1 bill in 1869. 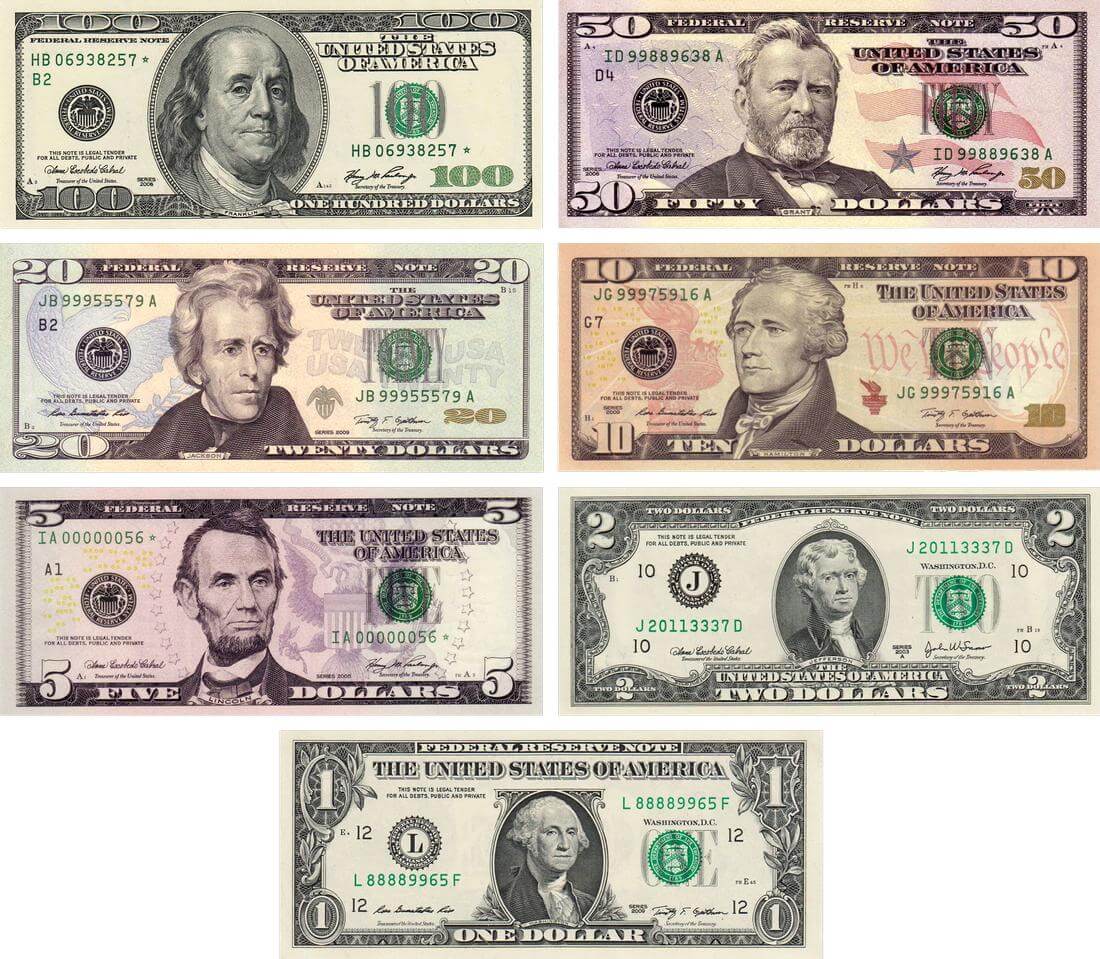 On a two-dollar bill issued by the government in 1862, the first secretary of the country's treasury, founding father Alexander Hamilton, first appeared. Jefferson's face was placed in 1869, and since then it has been featured on a banknote.

The face of President Abraham Lincoln appeared in 1914 and survived all the revision proposals.

The first banknote of $10 was issued by the government in 1914 and had the face of President Andrew Jackson. Hamilton's face was placed in 1929, and Jackson moved to a $20 bill.

The face of President Ulysses S. Grant has been featured on a $50 bill since the denomination in 1914. The Major General of the Union served two presidential terms and helped the country recover from the Civil War.

The face of the founding father and famous inventor Benjamin Franklin appeared on the 100-dollar bill also in 1914 and since then the banknote has not been changed.

Visit the United States, home of dollars and a thriving economy, with American Butler!
Send a request
Also read
Space Development in the USA
One comedian said that if somewhere there is a territory with no flags at all, then the Americans will lay down their bones, but they will stick their own there. In the history of space exploration is… Read more
Pilgrim Fathers
The history of resettlement in America is quite a complicated thing. It is not always possible to figure out who for what and where. Sometimes it even seems that the first settlers or pilgrims are a romanticized… Read more
Hurricanes in the USA
News about hurricanes in America regularly appear on television and on the Internet. For those who lived before or continues to live in a quieter area, this looks like a surprise every time. In fact,… Read more
American cinema
Hollywood film industry is fascinating with his paintings. It creates the image of an ideal life. Involves in illusions and tears from the gray everyday life. The very history and development of American… Read more
Where to ski in the USA?
Читать еще
Buy car in the USA
Читать еще
Walt Disney
Disney cartoons are forever. Who did not cry under the "Lion King" and "The Little Mermaid", did not hang out in front of the "Cinderella" and did not try to speak like Donald Duck? But usually we see… Читать еще
Miami Design District Dining
After decades of decline, Design District has gained fame as a place for art, design and fashion. There are more than 130 art galleries, exhibition halls, creative services, architectural firms, luxury… Читать еще
Smoking in the USA
Smoking is the bad habit that infected the whole world from America. But modern Americans themselves are not particularly loyal to smoking. How it happened, let's try to figure it out. Читать еще
Atchafalaya Basin
The Atchafalaya Basin is the largest river swamp in the country, containing almost a million acres of bottom hardwood, marshes, flood and swampy lakes of America. The pool begins just outside Simmesport… Читать еще
Mount Charleston
The view of the snow-capped mountains seems a bit surreal when Las Vegas still feels the warmth of the desert sun. At 11,916 feet above sea level, Charleston Peak is covered in snow for more than six… Читать еще
Comic-Con International
Comic-Con is an exhibition that educates people about pop culture. The bet is on comics and related art forms. Organizers support public presentations and exhibitions on the historical contribution of… Читать еще
Dollar bills 5 1 0 0
Sharing: