Who and what fought in the US Civil War

Understanding the military history of even their own country is often difficult. What can we say about the vicissitudes of somewhere overseas.

American Butler, as a true connoisseur of US history and culture, will tell you everything you need to know about the Civil War of 1861-1865 or the War of the North and the South — available, simple and to the point.

Why came to the war of the North and South

In 1860, two economic and cultural zones were formed in the United States: industry and the bourgeoisie were concentrated in the north, agrarian regions and slave-owning in the south. Both those and others were generally satisfied with their position, but there were a number of inconsistencies.

As a result, in 1861, 11 agrarian southern states, one after another, left the country and formed a confederation. They established their own constitution and even elected a leader — Jefferson Davis, senator from Mississippi. The sovereignty of the CSA (Confederate States of America) was not recognized by the US authorities.

On April 12, 1861, Southerners attacked Charleston Bay and shelled it for more than a day. Lincoln declared the blockade of the southern states rebellion, gathered a volunteer (and later regular) army and launched large-scale hostilities. The main goal, he meant the preservation of the integrity of the United States and the abolition of slavery.

Forces of the two sides

North and south were far from equal. Even if we compare the main formal indicators at that time, the situation looked like this:

In addition, in the northern states were all the necessary industrial and transport hubs. Some railroads there were more than 70% of all those laid in the country by that time. Despite the clear advantage, the United States did not immediately become leaders in battles. Fierce battles were fought on the state borders, the War of the North and the South remained the most bloody in the entire history of America.

South was defeated after 4 years of confrontation. The casualties of both sides, along with the dead from injuries, amounted to almost 500,000 people in the north and about 400,000 in the south. US government spending on warfare exceeded $3 billion. 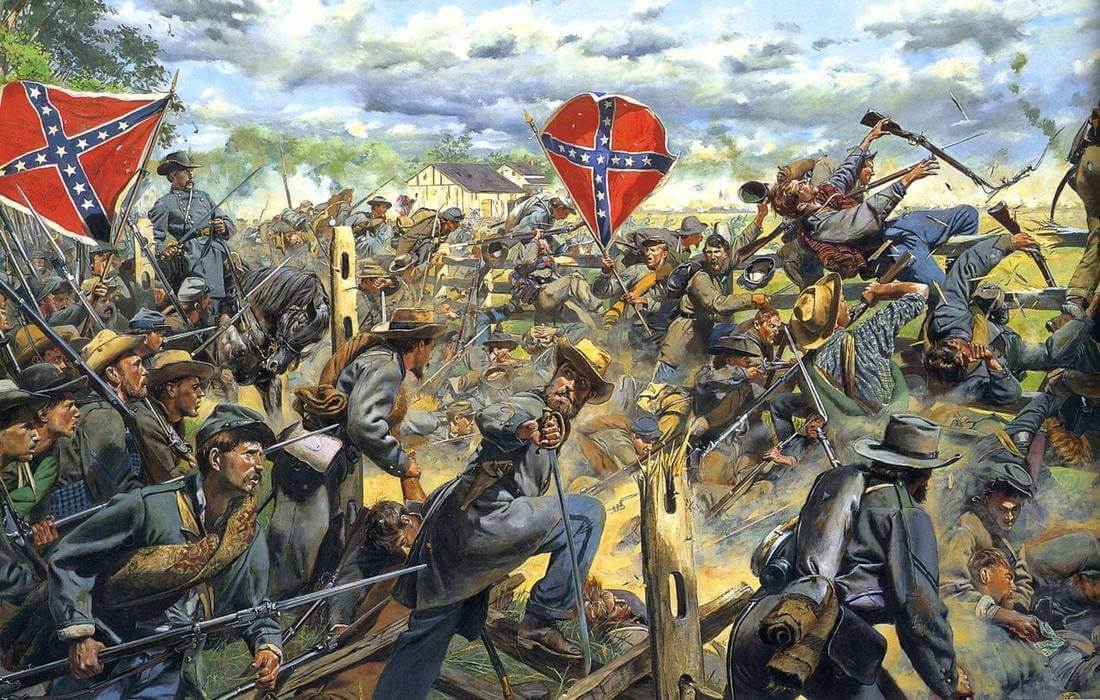 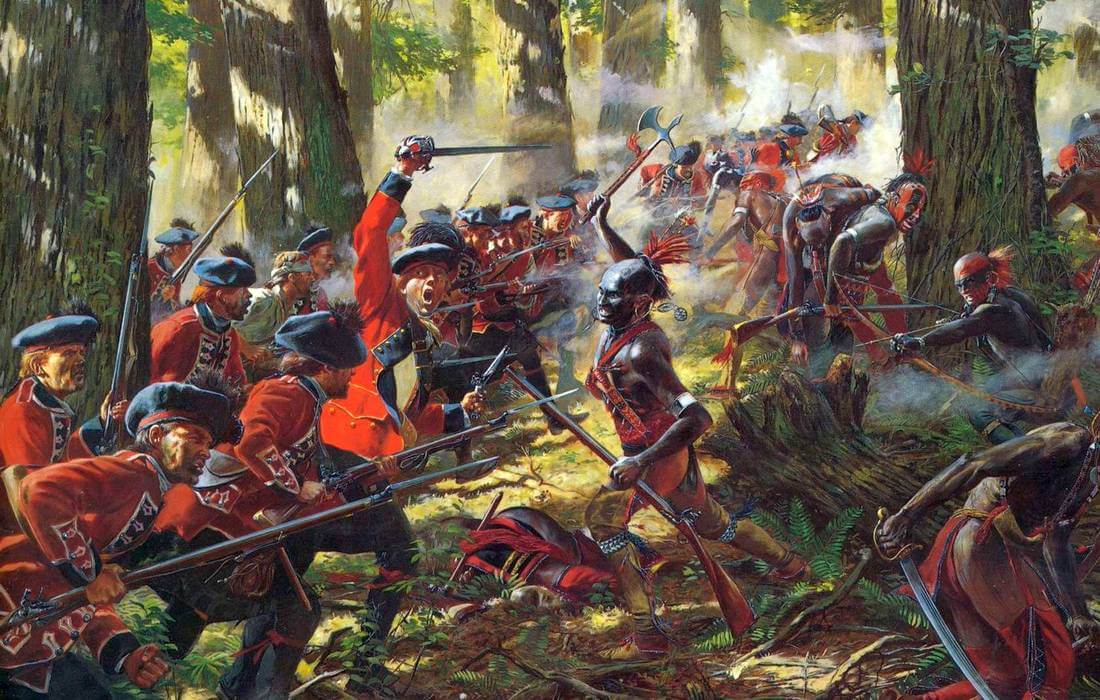 Even during the war, at the end of 1862, Lincoln issued a Proclamation on the release of dark-skinned slaves. From the beginning of 1863, they had the right to leave usurpers without any ransom, but also without property. As an alternative for earnings, they could enter the service in the US Army. So in 1983, almost 200 thousand blacks entered the service, 150 thousand of whom are former slaves from the southern states. Another 300 thousand Africans worked in the rear. And that was just the first step. 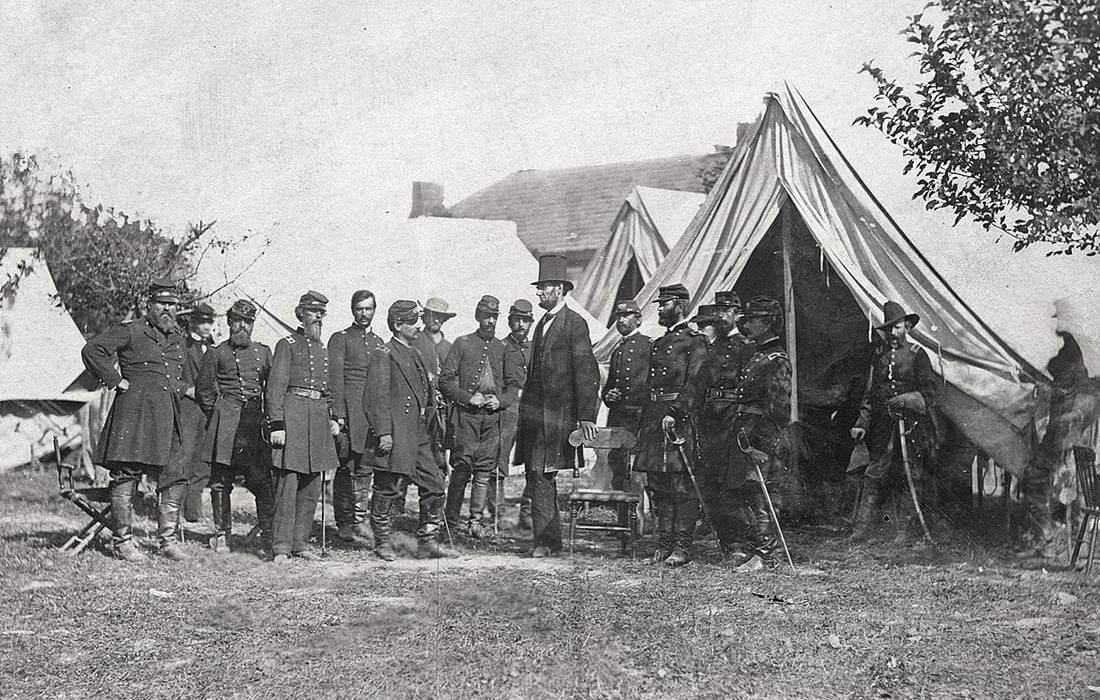 Speaking of the army. Since 1863, the US has a regular army. No conscription existed before; military units were composed only on a voluntary basis. This experience has become extremely important in the future formation of the army during the First World War. The US Army was one of the most prepared for long-term hostilities.

The main event of the Civil War is the liberation of oppressed people. In 1865, the famous 13th Amendment to the US Constitution was adopted, completely prohibiting slavery and any forced labor. Interestingly, Mississippi has not ratified this document until 2013. Of course, this did not solve all social problems at once, but was a significant step in equalizing the rights of ethnic groups and integrating the color population.

April 9, 1865, President Abraham Lincoln was assassinated. A headshot was made by a supporter of Southerner politics, actor John Wilkes Booth. The funeral train with the body of Lincoln walked around America for 2.5 weeks. Abraham Lincoln remained in history as the national hero, liberator and unifier of America.

In 1865-1877, the Reconstruction of the South continued — the introduction of the southern states back into the USA, and the reformation of the socio-economic system in them. Thanks to this, conditions were created in America for the development of industry, international trade and social equality.

There are no unimportant details in history, and American Butler specialists know this for sure: for a long time now we have been compiling the best tours in the USA with all your preferences in mind. We also help those who have moved to adapt to the culture of America.

For any of your questions or suggestions, you can find the answer among our materials or in the chat window.
Send a request