Who came up with the American flag?

In the article we will talk about the prerequisites for the appearance of the US flag, the myths associated with it and what the main symbol of America went through.

Numerous chanting in culture and photography with hoisting a banner on the moon in 1969 helped the US flag to imprint not only Americans. But how did it come about? Let's find out.

1776 America is divided into 13 colonies, the delegates of each of them belong to the Continental Congress. This body actually leads the country and the most important decisions are made here. This year, July 4, Congress adopted the Declaration of Independence of the United States.

Independence was that now the United States is not a bunch of British colonies, but an independent state. This document put an end to the longstanding struggle with England for freedom from taxes. Suffice it to recall the "Boston slaughter" , where the British shot at unarmed residents of Massachusetts or "Boston tea drinking" , where a huge load of British tea was thrown overboard.

So, all this time the ships of the Americans went under the Continental flag — and this is only a slightly modified version of the flag of the British East India Company. But it was not they who were united, who used flags in what was ready: here they had a yellow flag with a snake, and a lonely pine tree on a white background, and a waving hand of a knight.

Ambassadors received questions from other states: “What do you have going on there, under what flag will you walk?”. So the question of adopting a single national symbol has become acute. 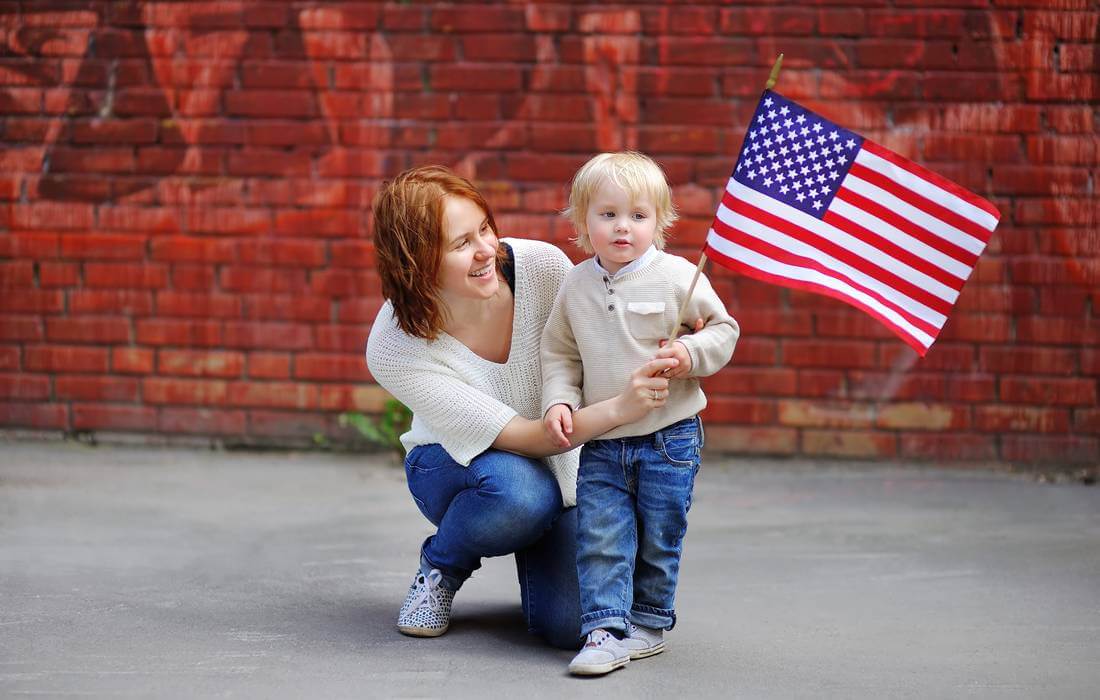 1777 In mid-June, the Continental Congress meets again and approves a new flag. The resolution said the same: the flag consists of 13 lanes — symbols of the states and 13 stars on a blue background - this is a new constellation.

George Washington thought in general that the red stripes are the homeland, the white stripes are what separated it. And the stars were removed from heaven.

But these are all words, but nobody has done the design of the flag yet. Francis Hopkinson, a lawyer and one of 13 founding fathers, had to do this. The base was taken from the familiar flag of the British East India Company: the stripes were left, and the rectangle with intersecting stripes was thrown out and replaced with stars on a blue background.

The design was different from the original idea in the details. For example, the stars were initially six-pointed, but then they became five-pointed. Explains this legend about the seamstress Betsy Ross.

According to bikes, delegates came to her workshop on the advice of Washington asking to make a flag. Ross said that the flag should not be square, and the stars should be made pentagonal — otherwise you will be tortured to embroider. Washington shrugged and agreed. Congress also looked at the blueprints and did not argue.

Why is this a legend? Because it is only supported by the story of the grandson of Betsy Ross and members of his family during the preparations for the celebration of the centenary of the United States. Newspapers quickly picked up a beautiful story, but no one could confirm it — no documents were found in Congress about this. And undignified, somehow, to Washington, who was a general, to walk along seamstresses.

However, if you receive American citizenship, it is better to remember this story — it is still presented in the history textbooks as a reality.

Allied flag lasted 18 years in this form. The first time the change was non-canonical. In 1779, Captain John Paul Johnson sailed to Holland. He sailed with the captured British ship, whose flag was blown off.

In the port, the frigate was recognized as a pirate, but John decided not to give up. To convince the Dutch, he quickly made a flag. By memory. The result was not good — blue and blue were suddenly added to the red and white stripes. However, the Dutch did not bother. So the long marathon of changes was launched, during which the flag was finalized 26 more times. 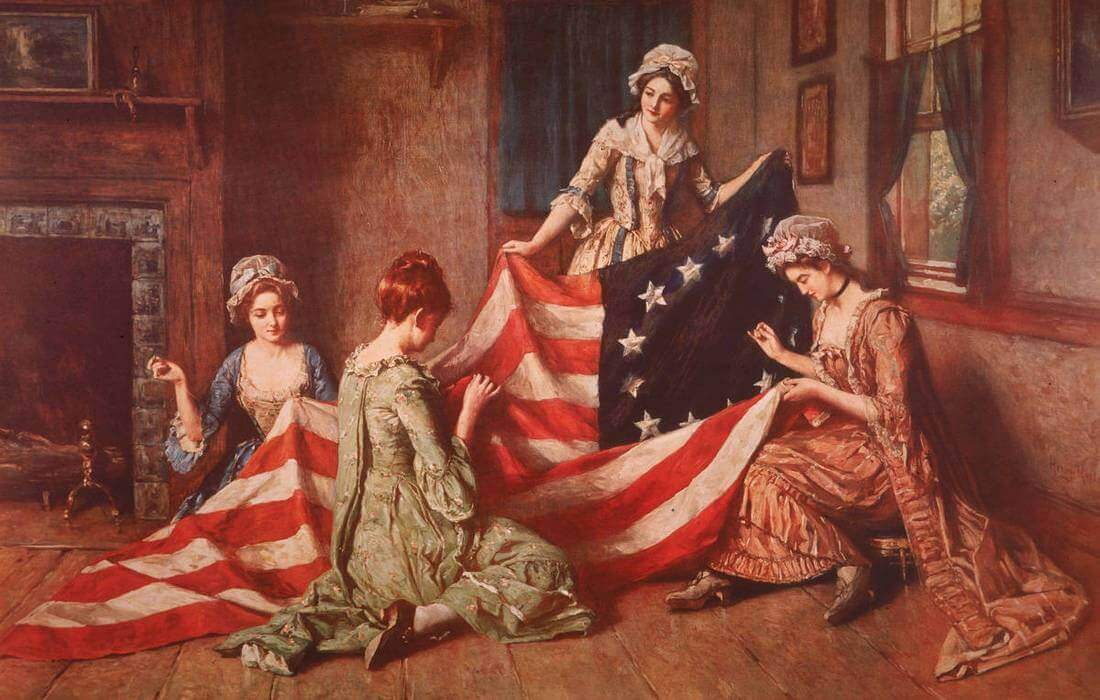 The next change happened in 1795. Vermont and Kentucky entered the USA, and two more joined the stars.

19 years later, an event occurred that explains the pride of the Americans for their flag. The poet Francis Scott Key lived in Fort McGenry, but he came under the shelling of British ships. After a night of shelling, the poet noticed that the fort was still standing, and the American flag was flying over it. Francis is struck to the depths of the soul and he wrote a poem, where he sang the banner. And here is a surprise - in 1931 this work became a national anthem.

But back in 1818. The joined states became more and more and it was not clear whether to add them all as stars or not. Then President James Monroe signed the law, that yes, you need to add.

By 1863, the stars were already 35, and by 1931 - all 48. Congress had developed documents with the rules of proportions, colors and sizes of flag elements, and by 1949, the National Flag Day had become a national holiday.

The Codex of the flag appeared - so that people would treat the banner neatly and according to tradition. Desecration of the flag was punished with a fine or even imprisonment until 1990 — until the Supreme Court declared this a violation of free speech.

By 1958, Alaska and Hawaii were planning to enter the United States. There have been many offers from residents, and among them are from Robert Heft, a student of the Lancaster School. For his work, he received four and a minus and was unhappy. From the teacher he received the answer: “I will change the assessment only if the Congress accepts your work.” No joke - in 1960 Congress really accepted this design.

Now the state flag hangs around the clock at the Marine Corps Memorial, the White House, the Washington Monument and other historical sites. It is hung on holidays and lowered at the time of mourning and days of remembrance. And in many schools, pupils regularly (from once a day to once a month) recite the oath of allegiance to the flag.

A project is underway to join Puerto Rico. In the referendum, 97% of the inhabitants of the island voted for this. Perhaps in the future we will see the 51st star on the banner.

And if you want to visit any of the 50 states and take a look at the symbol of the United States in person, American Butler will arrange a tour for you.
Send a request