The story of fashion designer Ralph Lauren is similar to the template of the beloved American dream: from a poor Jewish family with one closet to all, world-famous, billion-dollar fortune and the most expensive collection of sports cars.

We will tell you why the Ralph Lauren tag costs such money and why you can safely and should take an example from the master.

How it all started 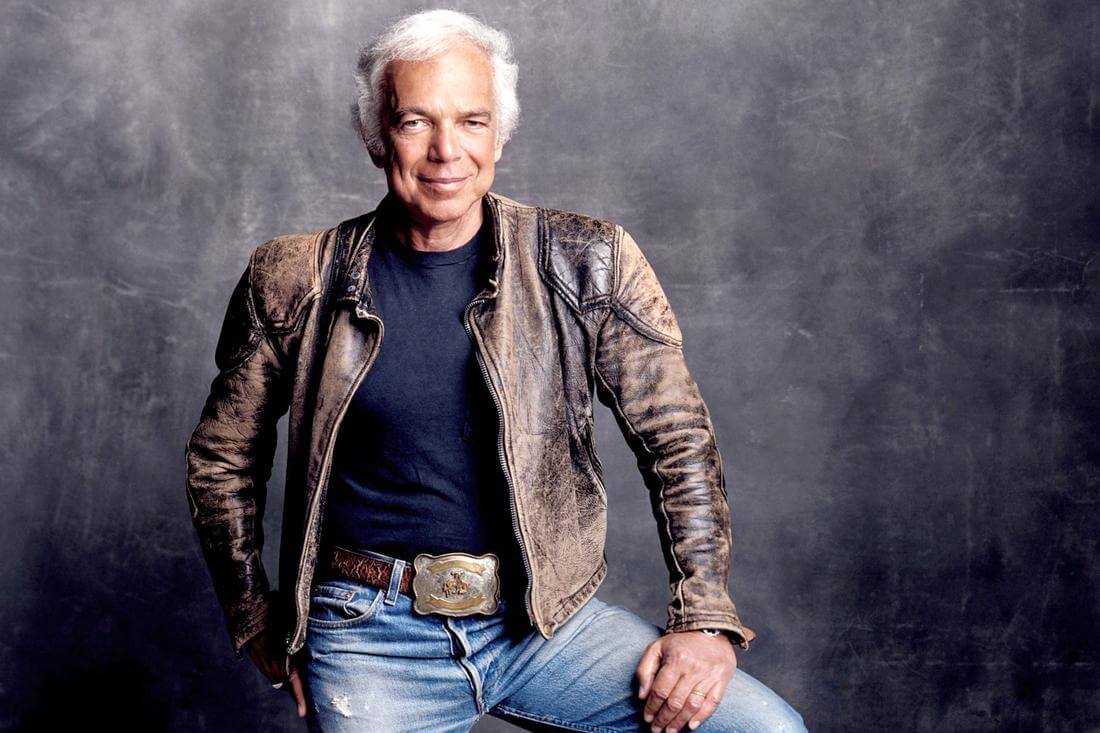 Parents of Loren (then Livshits) were Jewish immigrants from the Russian Empire. There was a family of two parents and four children in the Bronx, in a small one-room apartment. Education was based on traditions and did not encourage any bursts of creativity, but talent still showed itself. Ironically, another future icon was a neighbor of the future icon — Calvin Klein himself.

Ralph has always been drawn to an atmosphere of luxury and respectability. As a child, he decided that his career must be vibrant and productive, and style is everything. At the age of 12, he put aside money for the purchase of a classic English costume for six months — so much the boy wanted to look good and expensive. By the age of 16, he had already decided that he would work in the fashion industry. And also changed his name to more, as he put it, “dear” — Lauren. And he turned out to be right: for nothing, and the cheapness of Ralph Lauren will not be famous.

Of course, his name did not immediately begin to label the whole brand. At first, Ralph worked as a salesman in a company for tailoring and selling ties. There he constantly proposed new models and ideas, but not one of them was accepted by the leadership, the restless initiative employee even began to annoy everyone. A little later, an investor was found among the clients, ready to support Lauren's views on the style. So in 1967, the Polo company was opened — soon the name and surname of the young fashion designer who quickly captured the market will be added to the name and logo.

Already in the 70s, it became clear that Ralph is one of those who will forever go down in fashion history. He was called the "revealer" of America for America. The concept he chose was almost immediately accepted by the public, tired of the brightness of the 60s. The fashion house and the fashion designer have been awarded prestigious prizes more than once; Ralph Loren has officially been awarded the unique title of American Fashion Legend. 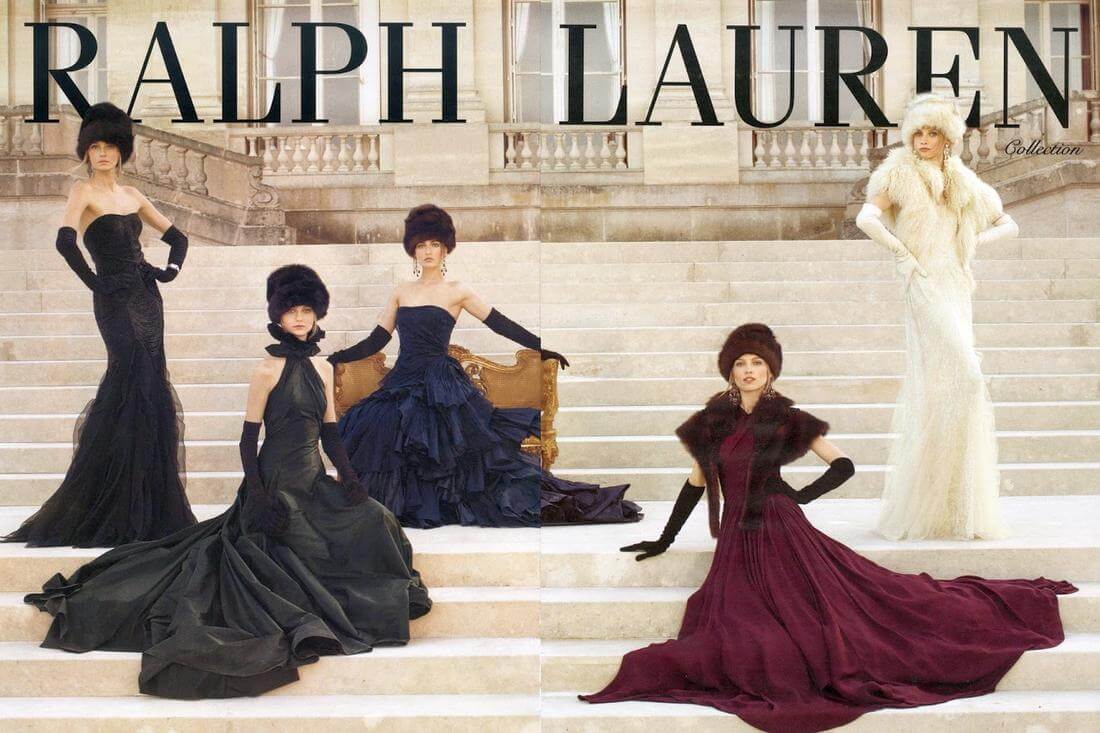 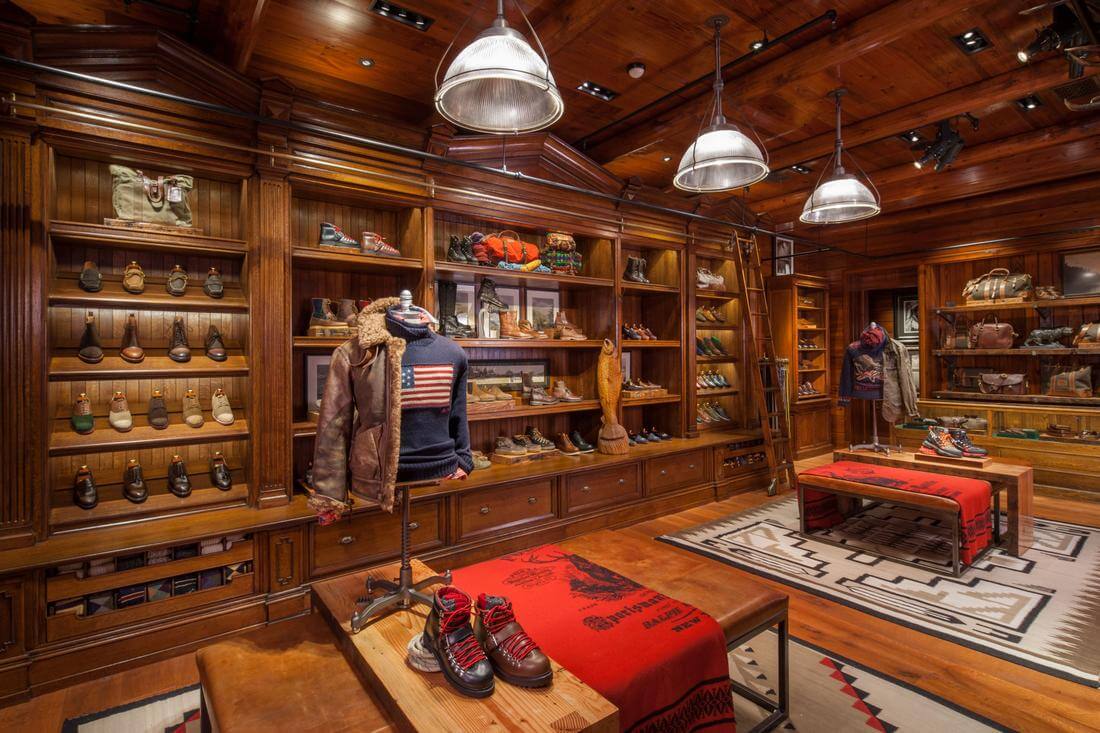 The brand promotes the so-called respectable casual — a style that originates from country, but at the same time looks more calm, restrained and pleasant. Lauren took the clothes of the American aristocracy as a basis, removed pathos and added convenience and simplicity, characteristic of rednecks more often. The result was status clothing, but with a note of romanticism.

The fashion house fundamentally uses natural dense fabrics, deep rich colors and a fairly simple cut without many details. Things are distinguished by their concise form and versatility, which makes it easy to combine them with each other and look good in any circumstances. The category of classics from Ralph Lauren includes a sports polo shirt and women's shirts tailored to the man’s style. The most common colors are white and deep blue (navy blue).

Today, the Ralph Lauren brand produces men's, women's and children's clothes, bedding and home textiles, as well as participating in some commercial projects and collaborations. So it is this fashion house that is developing the uniform for Wimbledon, in 2008 and 2014 - for the US team at the Olympic Games, and in 2015 Ralph Lauren came out with a joint project with Mercedes Benz.

A large number of stars and celebrities love and honor the simplicity and style of the brand. The model house is supported by Melania Trump, Emma Watson, Kate Blanchett, David Beckham and many other figures of sports, art and beauty.

What does Lauren do today 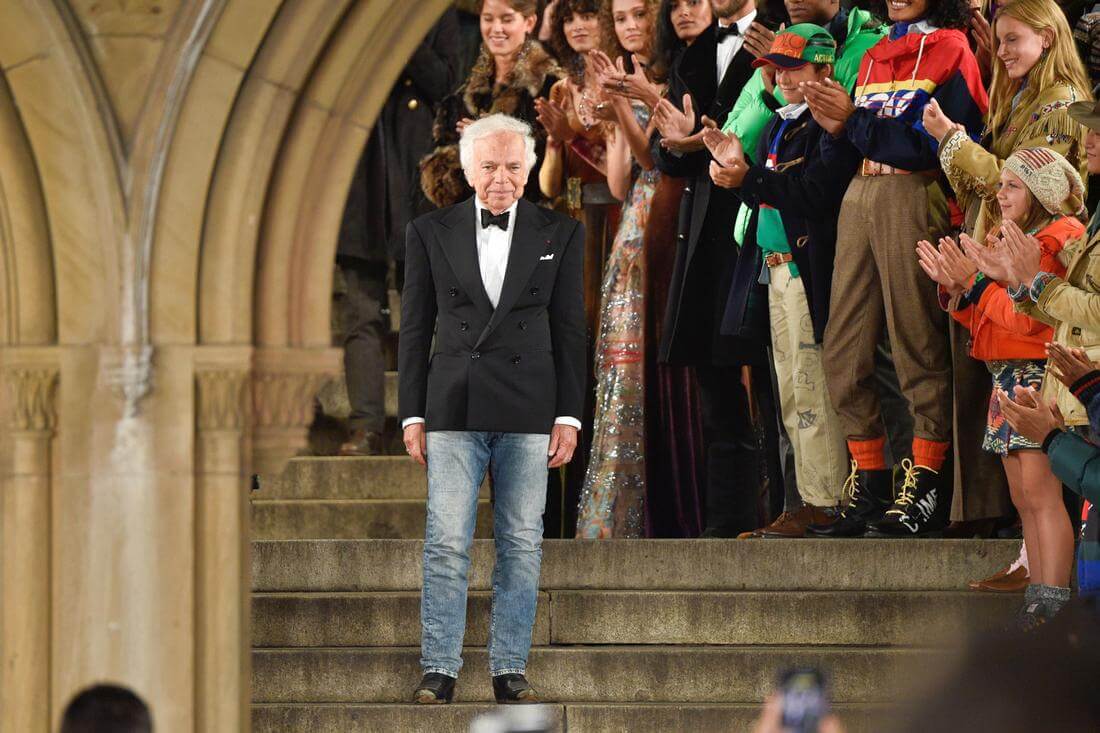 Ralph Lauren's career was associated not only with dizzying success, but also with serious trials. He survived the development of a brain tumor, several failed collections, and financial difficulties.

Now Ralph is already deep in his 70s, since 2015 he left the post of creative director of the fashion house. His main activity is charity - he supports art schools around the world, including the famous School of Fine Arts in Paris.

And Lauren still loves to ride rare and sports cars. His collection is valued at more than $1 billion and contains, for example, Bentley Blower and almost all the top models of Porsche and Lamborghini. Most recently, he was one of the twenty richest people on earth.

Ralph is a great collector and lover of everything beautiful: from magnificent houses and apartments, to an incredibly beautiful collection of watches and jewelry. Truly a happy old age.

Walk along an American street dressed in Ralph Lauren clothes, like a real host of life — what could be more atmospheric? Never mind. We offer you not to deny yourself the pleasure and visit the United States right now.

American Butler will help you find the best time and place to travel to the states!

You just need to contact our consultants through the chat window.
Send a request