The life story of Kurt Cobain and the Nirvana group

Seattle is a significant point on the map for the entire American rock scene. And one of the favorites of the Seattle movement was undoubtedly the Nirvana group and Kurt Cobain personally. Many say that these are overvalued characters, many consider them the voice of a generation, many do not even know about their existence.

So let's see who they are, what is worthy of attention in their work, and what significance they have in world culture. 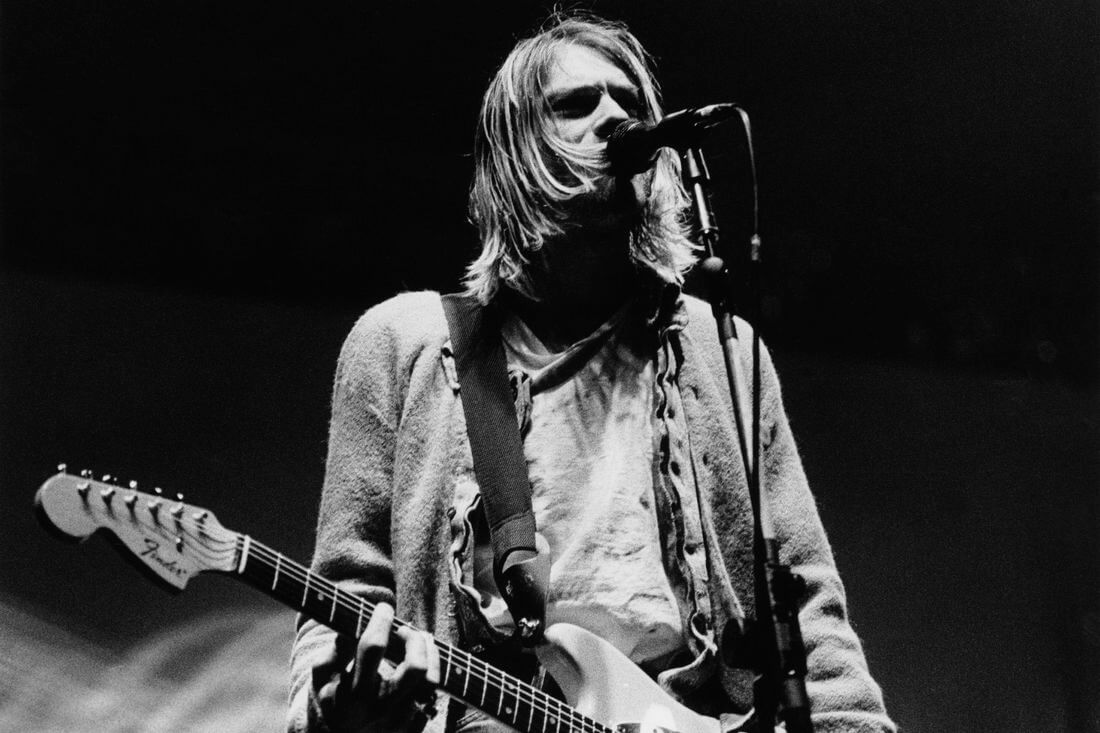 Who is Kurt Cobain

If you put together all the stereotypes about Cobain, the set will turn out to be unenviable — an addict, a melancholic, a suicide. But in fact, everything is certainly deeper and not so bad.

Kurt was born in Aberdeen, but spent most of his life in Seattle, Washington. His family was, as they say, creative — almost everyone was fond of music or drawing and introduced the boy to the same. The divorce of parents was the first big shock that gave birth to a whole bunch of complexes and disappointment. After some time, already at the age of 13, this will lead to the use of drugs and alcohol.

Despite the quickly gained experience of smoking, injecting and drinking everything in the world, Kurt did not tie up with music, but only increased speed. From childhood he knew how to play drums and guitar, and he wrote his first song later, sitting under a bridge, out of a sense of despair and unwillingness to integrate into an imperfect system of society. He had something to tell those who studiously did not notice the underground culture and mood of the youth of that time. And away we go.

At first there were the first awkward punk bands that remained a hobby. And then she appeared, Nirvana, and long live the grunge.

To begin with we will understand in terms. Grunge music is also called the “Seattle Sound” — it is a combination of punk and hard rock with an intentionally “dirty”, sloppy sound, aesthetics of lazy protest.

From the mid-80s to the beginning of the 90s, this genre was only quoted underground in Seattle, but with the release of one of the cult albums Nirvana, the situation changed dramatically — grunge became one of the main genres of American music. The most significant musicians who stood at the origins of the direction are Nirvana, Pearl Jam, Soundgarden, Alice In Chains.

The appearance of Nirvana 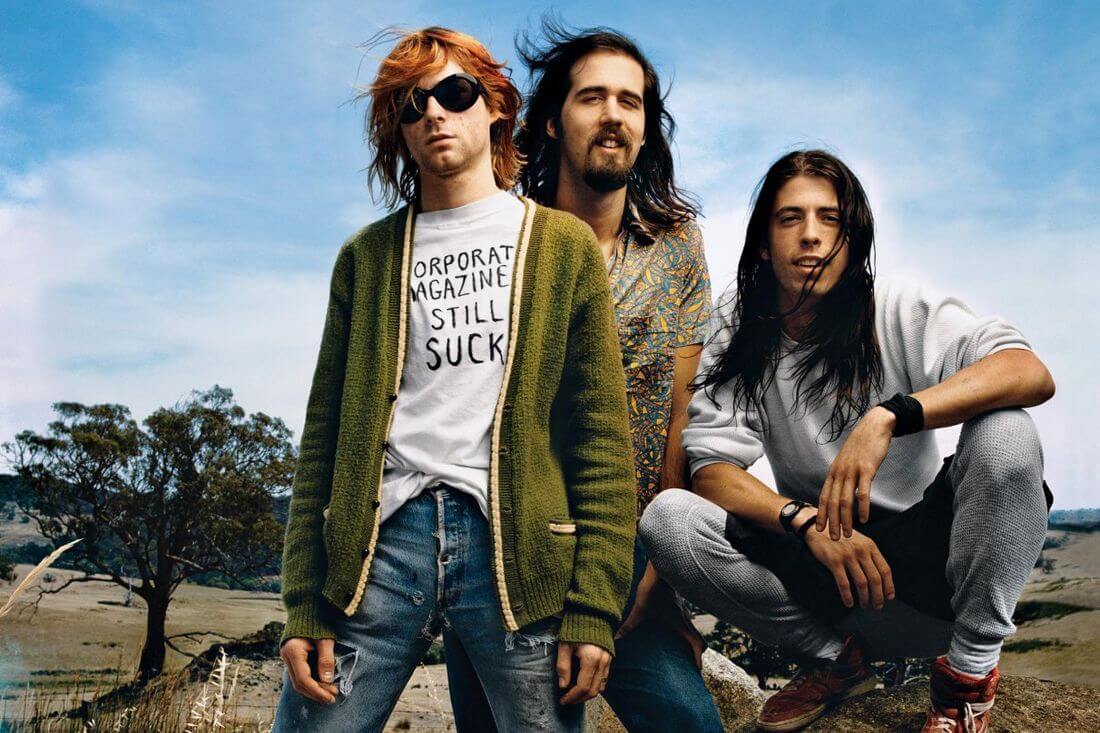 Nirvana is a joint brainchild of Cobain and his friend, Krist Novoselich. The group members have changed, but the golden composition looks like this:

They started in 1988, but the real storm only began in '91, with the release of the album Nevermind and the legendary song “Smells Like Teen Spirit”. The songs of the Nirvana group rose to the first lines of the Billboard chart, the attention of the whole world was riveted to the group, the voice of Cobain was called the voice of a generation.

The musicians themselves are not happy. Cobain was annoyed that he was considered an idol. The only thing for which the musicians used such attention was to promote the ideas of the social structure.

All members of the group advocated for women's rights, the possibility of a woman choosing her own path (at that time there were fierce debates about abandoning motherhood as the main role of a woman), freedom for the LGBT community. The group expressed protests against domestic violence, the material cult, racism, and other issues that gave rise to heated debate in society. Moreover, Kurt Cobain personally opposed drugs and urged young people to never try them, not to follow his example and spend their life on more “pure and joyful things.”

The group intentionally made their next album a little darker and more rude, but they could not escape mass popularity. High marks again, media coverage again and even more commercial commitments.

The Nirvana Group's Sunset and the Death of Kurt Cobain

Nirvana was overproductive. Not a single completely failed single or album, full house live performances, take-off and idolization as soon as possible. It would seem that here she is — the dream of any rock musician. But not Kurt Cobain. 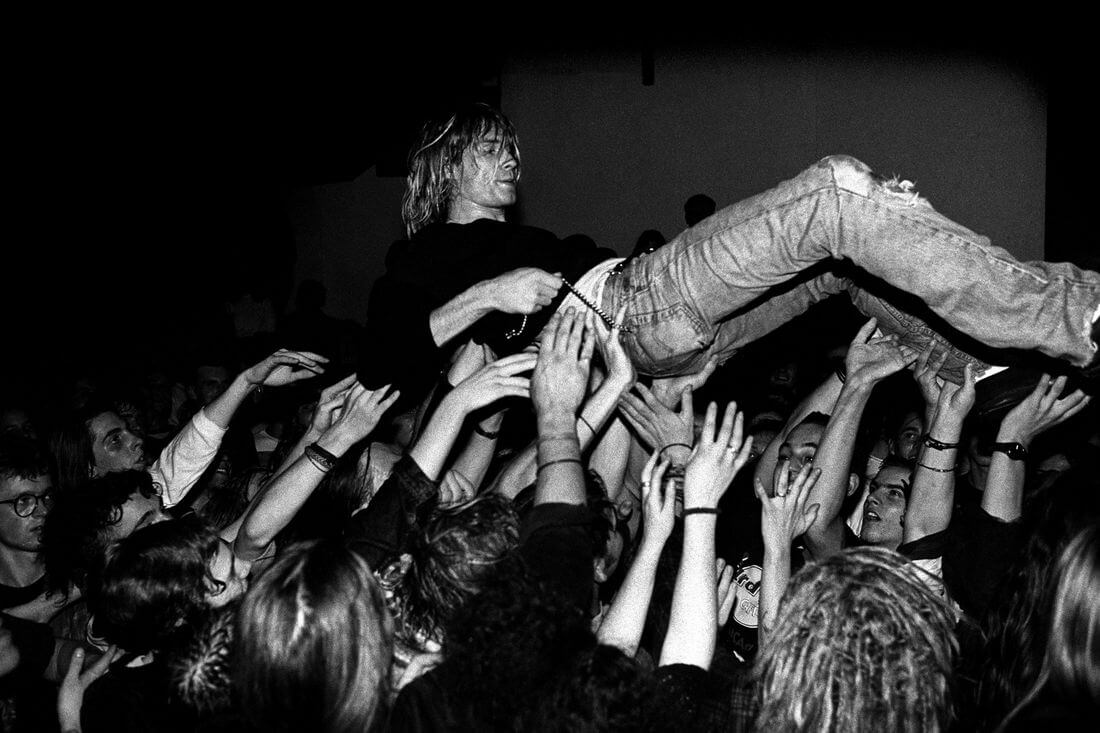 In the early 90s, he was already married to the scandalous rocker Courtney Love, the couple had a daughter, Francis. But unpleasant fame, close attention to his personal life, fanning pathos and gossip caused only problems. The daughter was almost taken away from the family because of rumors that Love was using heroin with her, everyone around was counting Cobain’s money and trying to see self-interest and falsehood in his every gesture.

Kurt began to have serious health problems, in particular, terrible stomach pains of an unknown nature. He later said that he was ready to pump up anything, just to not feel these pains for at least a few minutes. Relations with his wife also began to rapidly deteriorate. Judging by the stories of Cobain's friends, Courtney Love was only interested in the money that Kurt earned. She herself more than once helped him “stifle” his poor health for the sake of a big jackpot after the performance.

Cobain spent almost all of his last concerts in drug or alcohol intoxication, struggling with pain. By 1994, he had visited the hospital several times with an overdose of drugs and painkillers on the verge of life and death. He escaped from the last hospital, a drug rehabilitation center where he came of his own free will. Arriving at Seattle's hometown, Cobain came to his empty house and shot himself from a gun in a greenhouse.

According to the official version, he did it in a state of intoxication with heroin, but many facts deny this — neither writing a note, nor putting a shotgun so accurately in case of altered consciousness would be simply impossible. One unofficial version is the killing at the hands of his own wife, Courtney Love. The truth is still not clarified.

Immediately after this incident, the group ceased to exist. Dave Grohl commented that there can be no talk of Nirvana without Cobain.

The cult around the group continues to exist. And it’s quite justifiable — neither before nor after them could anyone so freely say publicly: “Yes, I’m considered a social loser, but I also have feelings, I’m not blind and not dumb, I don’t have to write me off.”

Nirvana created its own institution in rock music, expanded the boundaries of perception of millions of people around the world and became a symbol of the spirit of freedom, rebellion and at the same time utter simplicity and sincerity.

Better than listening to their songs while in the US, or maybe in Seattle itself, there can only be a whole nothing.

American Butler will help you experience the legendary teen spirit and walk around the iconic places of rock culture.

Just one call or message to us can dramatically change your idea of how powerful music can be.
Send a request