Pilgrims and Puritans and how they relate to America

The history of resettlement in America is quite a complicated thing. It is not always possible to figure out who for what and where. Sometimes it even seems that the first settlers or pilgrims are a romanticized image. Some contrived community. Because ordinary normal people cannot be so contradictory. At the same time, these are folk heroes, winners of the harsh climate and evil Indians, almost mythical characters, around whom a lot of questions hover.

Pilgrims did exist, but their true history does not always coincide with what is written in history books. Let's understand at least in the minimum that everyone should know. Let's start with the main characters. 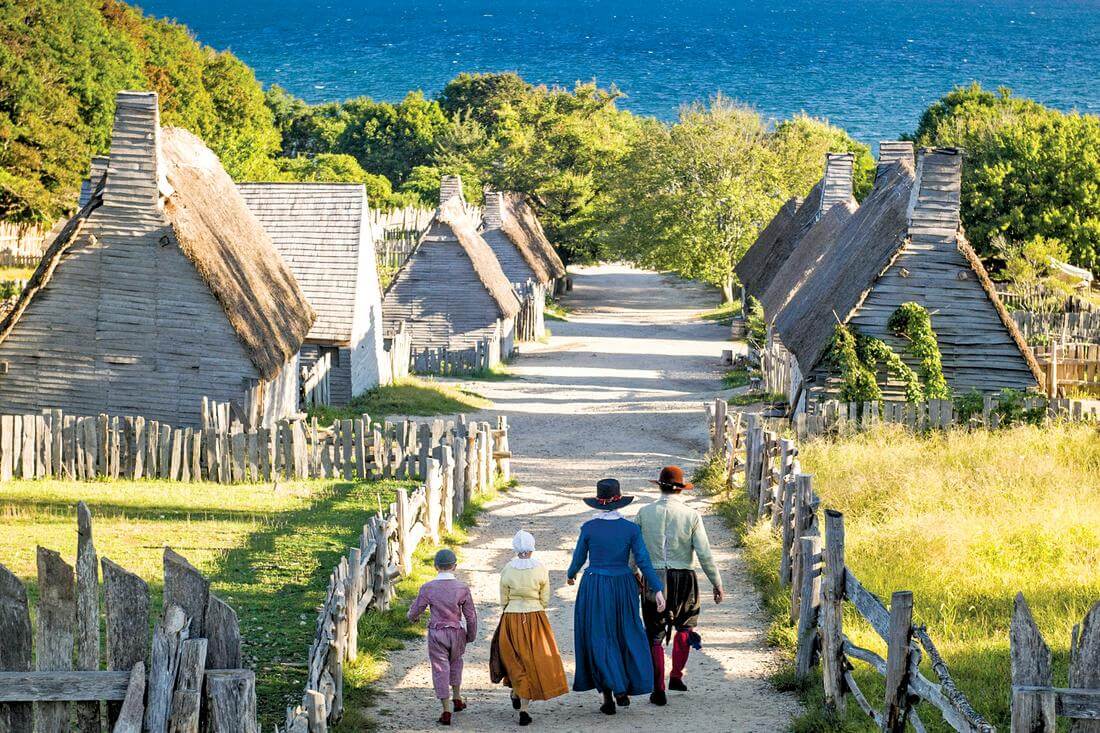 And do not be afraid of the subtitle - almost it was. Moreover, these "punks" were Puritan Christians. But first, the background.

The first British settled in America 35 years before the official formation of the United States. In 1585, Britain sent the first batch of immigrants to the area of present-day Virginia. 160 people arrived at the scene, but they could not hold out even for a year - the diseases, hunger and attacks of the Indians almost completely decimated their ranks. The survivors returned home on the first passing ship. 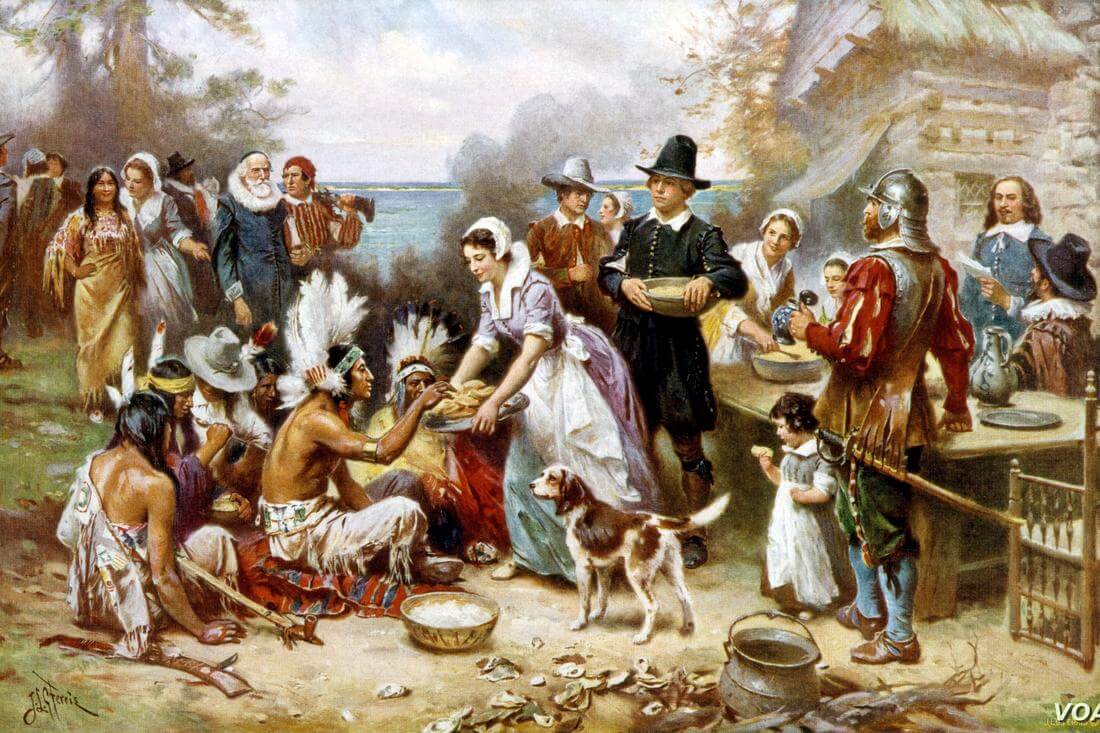 The second attempt at colonization happened in 1587. And again, more than 100 people were landed on the same place under the leadership of a veteran of the previous voyage. When the problem of famine arose again, the leader of the colony went to England for help, where he was delayed because of the war. When he returned, there was not a single person in the place of the colony, everyone was missing. The only thing left of the settlement is a destroyed wooden fence with scratched letters “ CRO ”. Most likely, a tribe of Croaton Indians who lived nearby did something.

So who after such a swim in this wonderful place? Punks, of course.

In London, they did not know what to do with the community of Puritan Brownists (Christians who deny the authority of the church over themselves). They in every way rebelled, undermined the state system and criticized public life. Yes, they were so actively criticized that I didn’t save them.

As soon as the community learned about the opportunity to settle in its own territory across the ocean, where they would be their own masters, this was the only talk. Resettlement was compared with the divine mission, where the path is a test of faith, and the colonists are pilgrim wanderers.

In the end, in 1620, King James I gave permission for the resettlement of colonists to the same territory of Virginia. But as usual happens, something went wrong. And, yes, no matter how it sounds, pilgrims are partially obliged to their arrival in America... Hawthorn. 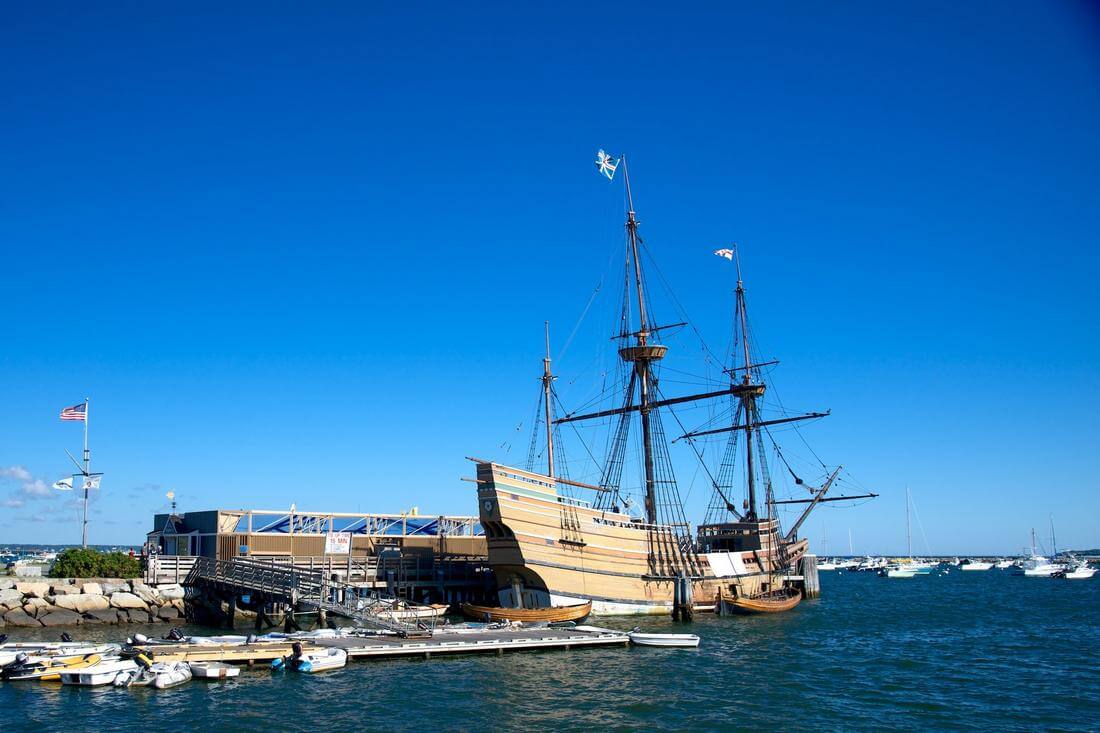 Autumn May Flower - The Mayflower Ship

The vessel Mayflower (literally, “May Flower”, but in fact it is the name of hawthorn), on which pilgrims floated, also went down in history. At least, because it didn’t fall apart: it was originally planned to send two ships from England to America, but the second one creaked on the quay. Because of this, the distant ancestors of Barack Obama had to go ashore - they would not get to America soon.

The long voyage in the fall was absolutely reckless and unjustified risk. But the community was so impatient that it was decided to sail away immediately. 102 people, including pregnant women and children, went to conquer the New World. Travel time is 2 months.

The ship came to the wrong bank to which it should have been. Pilgrims decided to land on the territory of the current state of Massachusetts, much to the north of Virginia - this place was already outside the British possessions. Historians still do not know whether it was an accident or pilgrims deliberately wanted to get out of the influence of England.

Anyway, the joy of this was short-lived - on land only wild forests, beasts and not very friendly people towards white people could be seen. 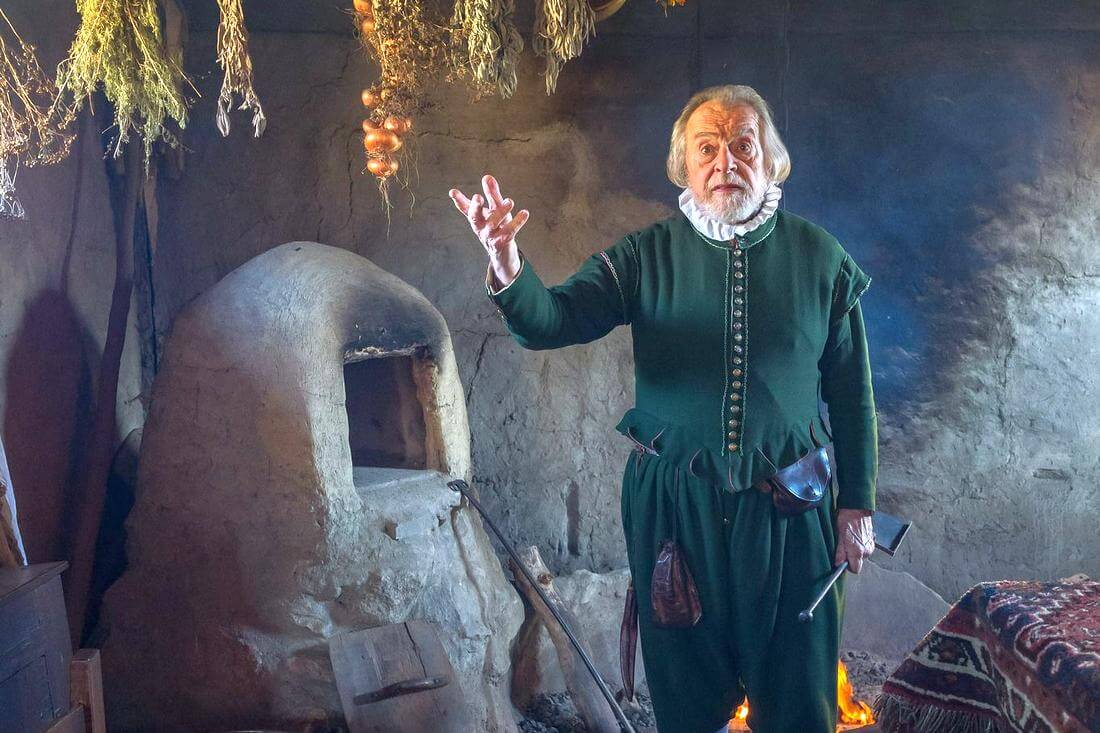 Plymouth colony or land of freedom

November 21, 1620 is considered the official date of formation of the United States. On this day, the pilgrims went ashore and formed the Plymouth colony. And since there was no one else to obey them, they created a prototype of the Declaration of Independence - the Mayflower Agreement. 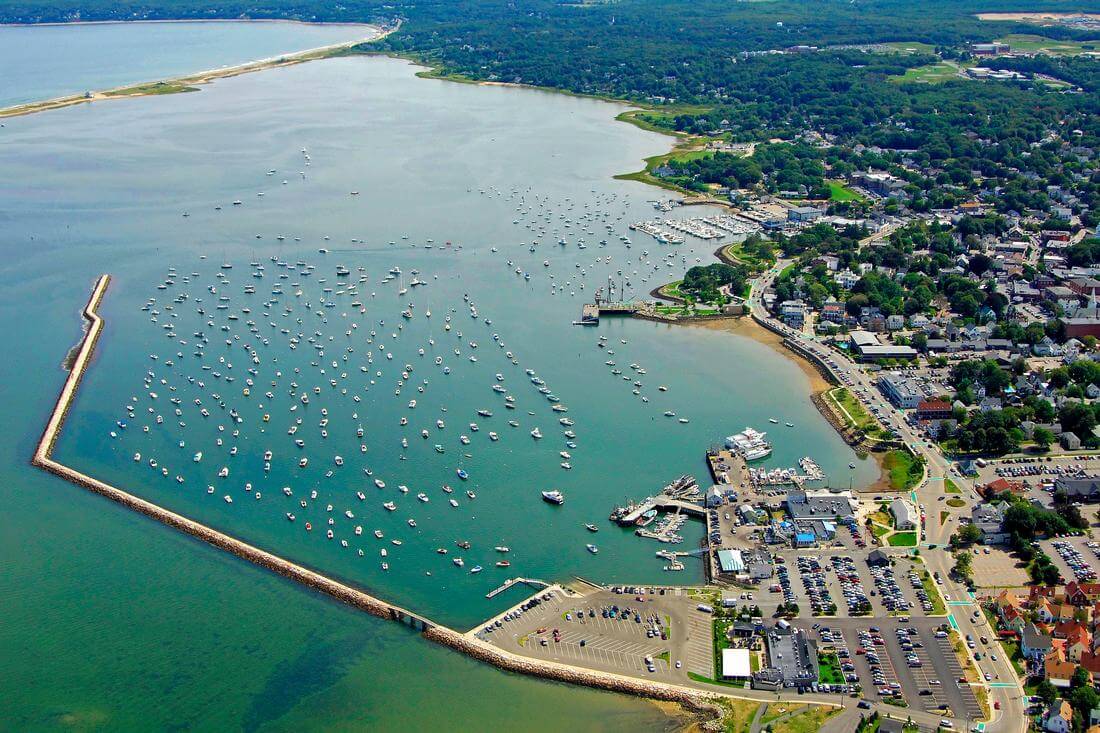 Deacon John Carver was chosen as the first governor, and the colonialists were called pilgrim fathers.

Self-management flourished in spite of terrible problems with adaptation. The livestock brought in were beaten, agricultural crops did not grow, Indians frightened, unknown diseases killed people. At least half died in the first year. But the colonialists were determined.

After some time, they agreed on peace for 40 years with nearby Indian tribes. To those, too, it was beneficial - the constant battles and infections that came with the colonialists from Europe were a serious blow to the tribes. In exchange for distance and some medicines, the natives taught the pilgrims to cultivate the land, hunt, and use natural materials.

The final stage of resettlement in America is considered to be a famous Thanksgiving dinner. It happened in November 1621: in gratitude for the help, the new Americans invited the Indians to share the fruits of the first harvest with them. After that, more and more English courts went to the shores of America - people went to where democracy and freedom reigned, not paying attention to difficulties.

As the story progressed, we all know. And if we do not know, then read on the site of American Butler. We not only educate, but also help to see America with our own eyes: excursions, impressions and leisure, tours, even moving to the USA - we take on the organization of any task.

Just contact our specialists via the chat window.
Send a request