Piers and boardwalks in the USA

Tourist attractions are usually museums, monuments and other monumental buildings. But not in the USA. Here you can get no less pleasure and take a real excursion into history by simply walking along the promenades.

TOP-10 famous promenades in the USA 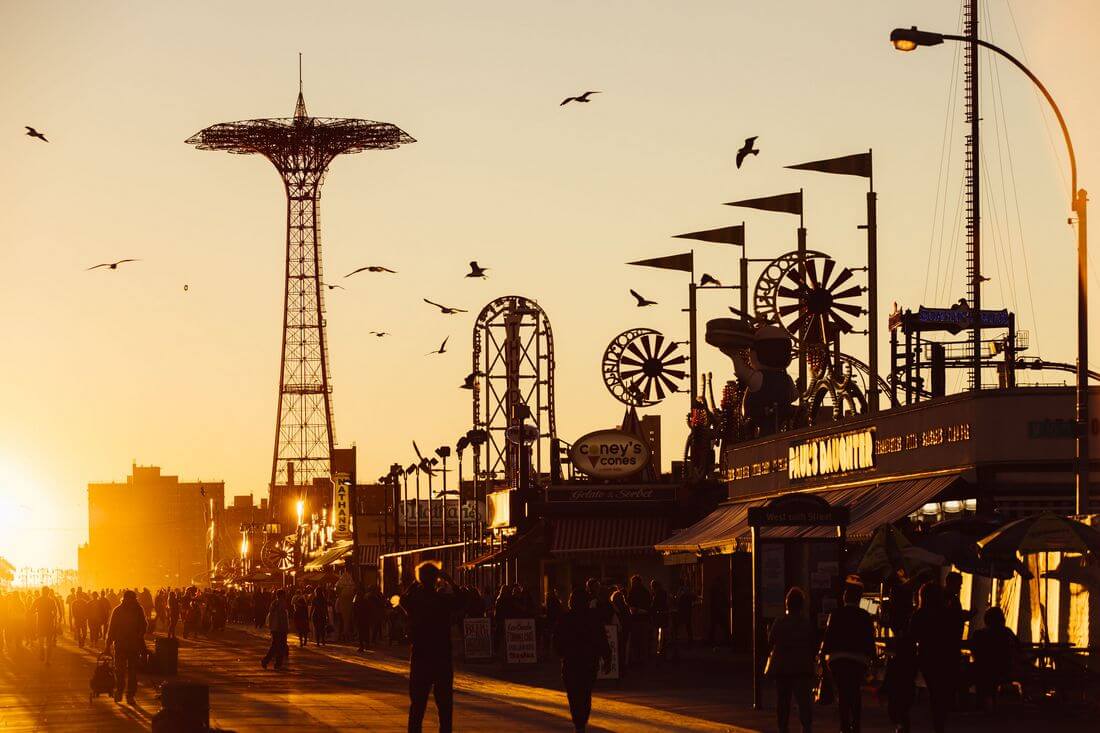 We present the 10 most famous promenades and beaches of America, which are definitely worth a visit even if you do not know how to swim.

Coney Island is a living coastal legend. Living in every sense, day and night, shops, cafes, and amusement parks work here. This is where the famous Brighton Beach, the world's most famous hot dog eatery Nathan's Famous, the New York Aquarium and numerous entertainment complexes are located. There are a lot of stories associated with this place, from the salvation of premature babies at exhibitions to romantic legends about the Ferris wheel. But the most pleasant place for walking and beautiful photos is the wooden Riegelmann Boardwalk.

A walkway along the beach was built in the 20s and did not lose popularity even in the poor period of the Great Depression, and this is something, yes it says.

The easiest way to feel like effectively running in slow-mo Pam Anderson, go to this place and repeat the trick from the famous series. This beautiful natural beach was mastered in the early 50s, and it gained fame only in the 60s, with the popularization of surfing. Malibu Pier is a favorite of fishermen, but the west coast is equipped with picnic areas. Also not far from the beach are the Malibu Lagoon Museum and an architectural monument of the Spanish Renaissance, Adamson House.

Near the Malibu beach is a pier, which is no less beautiful and pleasant. Restaurants, small entertainment areas, attractions and souvenir shops are open much longer than the beach itself (Malibu Lagoon State Beach is open from 8 am until sunset). The beautiful view and illumination will definitely impress you. 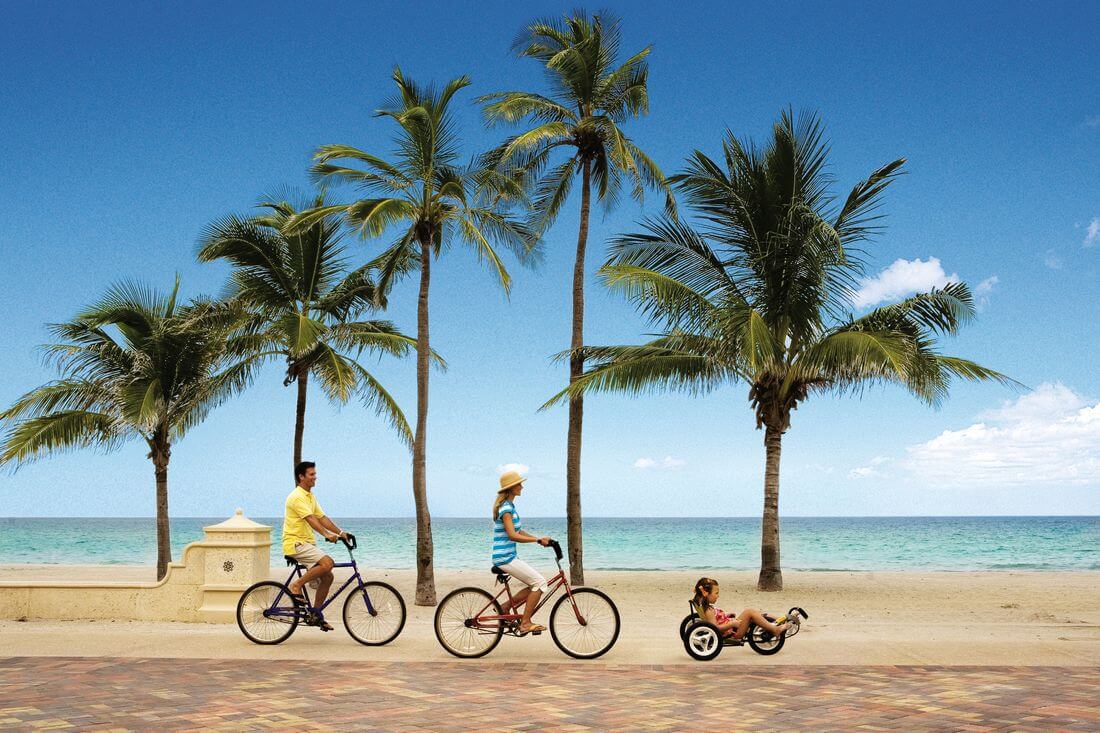 Like in the movies — palm trees in a row, jogging paths and bicycles. Hollywood on one side and the ocean on the other. Beauty! To visit such a place is equal to put the missing checkmark in the list. This is definitely not anywhere else.

One of the most colorful walking areas of America. On the alleys and boardwalks in front of the beach, there are constantly some concerts, theater performances and circus performances. The color is added by buildings — variegated numerous houses, mansions, retail shops, restaurant verandas. This is the case when it is better to see once.

The coastal line of this town is a paradise for those who love warmth and entertainment. The water here warms up very quickly, and not far from the beach is the largest Myrtle Waves water attraction park on the east coast. Still here is Broadway at the Beach — a park that is rated by tourists at 5 points out of 5.

The most kitsch promenade of all the American. The private line of the promenade along three kilometers of the beach really looks somehow very modern. A tram runs along it, here and there are some multi-colored art objects. In general, if you want to visit a resort town, but the views are already boring — feel free to come here.

Even the harsh Maine state can surprise with summer fun — the Old Orchard Beach promenade in Soko Bay looks especially moving. A colorful pier on "oblique" stilts, a scattering of restaurants and parks around the beach, wonderful fresh seafood. Corner of resort life in the north of the USA. 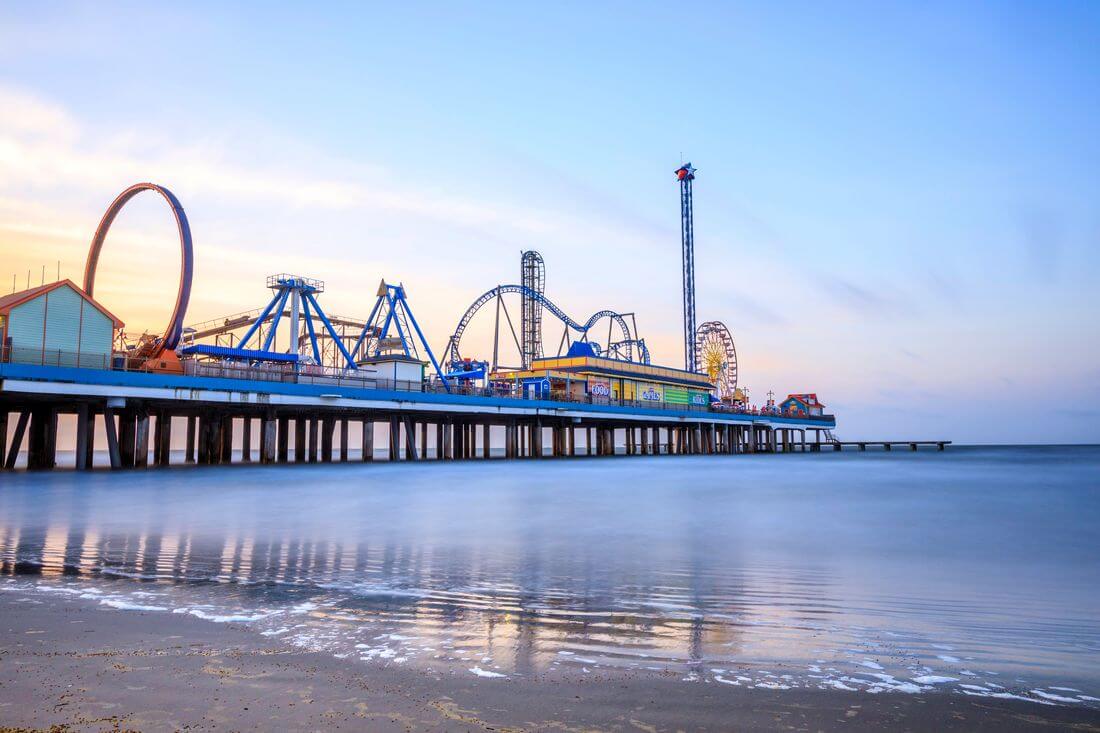 Galveston Pier was originally built for the recreation of the military who participated in World War II. Then it was a construction site of the century, the project of the ideal promenade cost the US government almost $ 23 million. Soon the place was open to wide use, tourists from all over the country and abroad reached Galveston.

Amusement parks and the illumination of this pier made him a regular guest on the panoramas of Texas postcards. The beach is considered not ideal, since most of it is covered with pebbles, not sand. But the night view of the pier will definitely not leave anyone indifferent.

The history of one of the most beautiful and cozy beaches in America began in the late 19th century, when the entrepreneur John Leibrandt opened the first beach bath in this place. Clear water, mountain slopes and a river flowing nearby, a beautiful semicircular bay. The Santa Cruz promenade is considered a model of the natural area for the beach.

The promenade is made in the format of a green alley and even passes through the city center, entertainment buildings do not violate the general view, and the nearby Monterey Bay was recognized as the United States Marine Reserve. Here surfing was born, here you can really relax your soul and have a lot of fun at the same time. In general, all roads lead to Santa Cruz.

For most people in Europe and Asia, the proximity of the beach is something fantastic, and especially the ocean.

American Butler will help translate this into reality.

Our experts will tell and show the most significant places of rest on the embankments and even make up an individual tour for you.
Send a request