What is the Starbucks coffeehouse?

Starbucks is not just coffee houses. A cardboard cup of coffee with a green siren and a name written with a marker has become a symbol of a full-fledged lifestyle not only in America, but throughout the world. To say that it is only marketing merit is impossible. Starbucks is truly a unique company, setting global trends in product quality and customer service. But for business, why should not the budgetary Starbucks be of interest to the ordinary buyer?

Consider where the siren has come for almost 50 years, what makes it related to a party of pacifists and why Starbucks coffee is more than just coffee.

How did starbucks start

Many have heard that the genius president of the Starbucks Empire is Howard Schultz, but in fact, the story did not begin with him, but... with hippies. With three hippie friends from Seattle - the not-so-talented writer Gordon Bowker, who was dismissed from school because of the pacifist slogans of the history teacher Zev Sigle and the English teacher Jerry Baldwin. 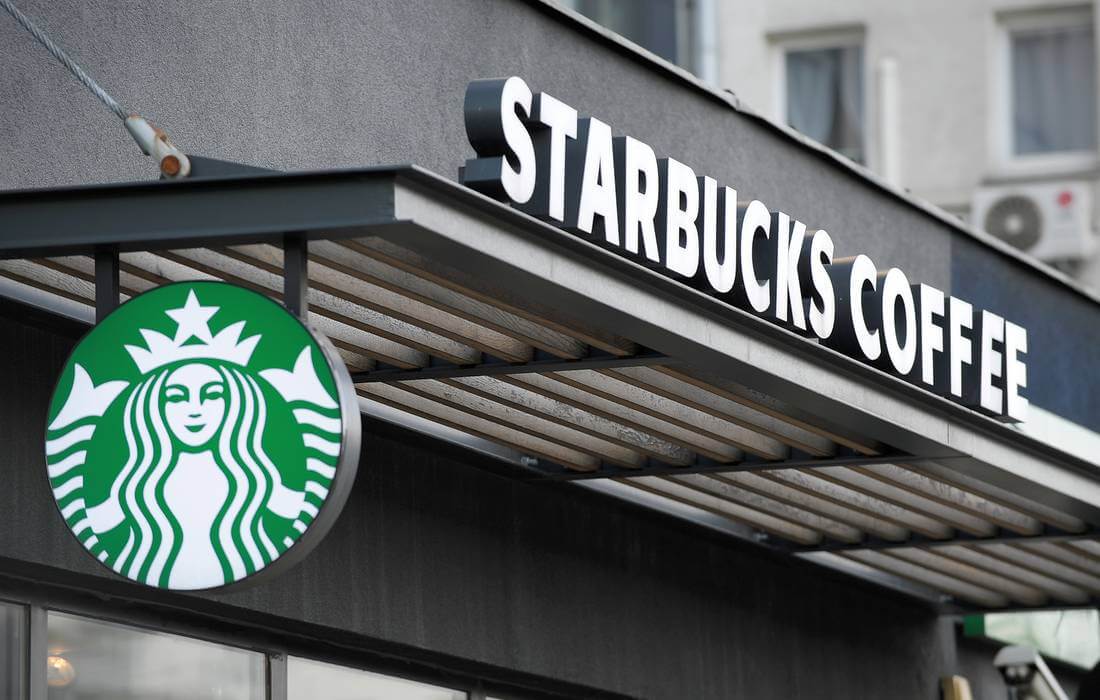 In 1971, they opened a small shop selling authentic coffee, tea and spices. As true humanists, they chose the name for the store from the literature: Starbuck was called the chief assistant captain from the novel Moby Dick. And the first logo became booed engraving of the 16th century - naked two-tailed siren. So the creators both supported the maritime theme and stressed that their product is for those who see the essence and think in broader stereotypes and cultural prejudices.

A little later, friends saved money and bought the first equipment - this allowed them to roast coffee beans right on the spot, in the store. A few years later, the company had 5 stores and one coffee factory, several cafes and restaurants took delivery only from Starbucks.

Deified by many, Howard Schulz appeared on the path of Starbucks absolutely by chance, 10 years after the discovery. As a representative of a trading company for the sale of dishes, he wandered into one of the company's stores in Seattle and was almost fanatically imbued with the atmosphere that prevailed there. Throwing his work and settled as a marketer at Starbucks, Schultz began to gush with ideas.

Schultz’s main message was that Starbucks’s philosophy of quality, aesthetics and comfort is worthy of a different format - urban coffee houses. He was inspired by Italian espresso bars, where over a cup of coffee, people chatted with the barista, conducted important negotiations, got to know each other, held romantic dates, had a bite to eat with friends. According to his projects, Starbucks could become an important part of social life and people around the world. But the creators of the company were strongly opposed to such a turn. After several attempts to introduce and expand boundaries, Howard changed tactics and left Starbucks. 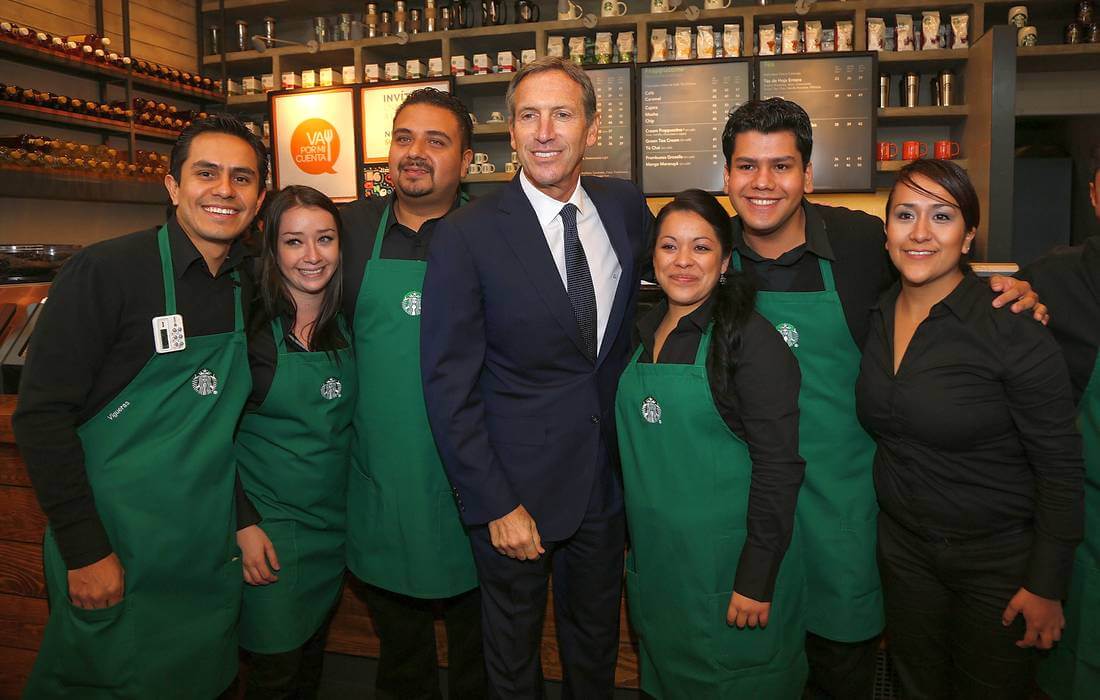 New era: landscaping sirens and the Around the World

Baldwin, Bowker, and Sigle did not long rest from the annoying Schultz. After leaving the company, he founded his network of small coffee shops Il Giornale, after the name of the Italian newspaper. In them, he embodied all his ideas about the culture of coffee in a big city and quickly went to a crazy profit. After a year and a half of independent work, in 1987 he was able to redeem the entire network of his favorite Starbucks for a fabulous $4 million and merge brands. And away we go. 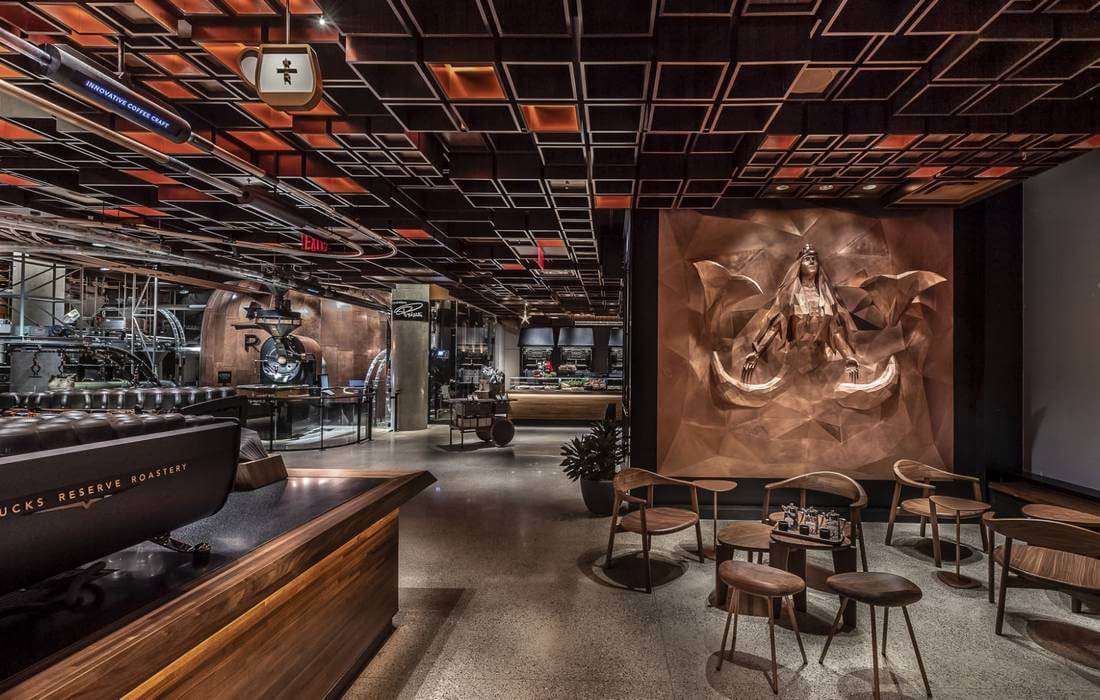 In the same year, branded coffee shops inside the stores marched through America. A product catalog was released, the purchasing audience widened, the company's shares appeared on the stock exchanges and began to grow by leaps and bounds. In the first five years of management, Howard increased the company's profits by more than 50 times. By 1992, investors received an income of 5,000 times their initial investment.

The company logo has changed - the siren settled in a green circle and became a little more welcoming. Employees of coffee houses became co-owners of the shares: Schulz could not offer everyone full medical insurance and instead distributed small packages of company securities to employees. He was called an idiot, but the service from this reached a new level. The client seemed to come home to every barista. Fresh baked goods, salads, sweets were added to the menu. And also on sale there was a branded ware with constantly changing design.

Starbucks did not enter the international market for a long time due to the “translation difficulties” and the fear of becoming McDonalds. Howard Schultz was very worried about how the Starbucks brand atmosphere would be transported to other countries with a different culture and attitude to work. But in 1996, the first coffee house outside the US still opened - it was the city of Tokyo. It is very difficult to run in new projects in the capital of Japan because of the huge competition and specific mentality, but all succeeded, franchises dreamed of buying all the major cities of Europe and Asia. Starbucks has become a global brand with 25,000 points, the popularization of coffee culture has reached a peak. The cardboard cup won the planet, the siren became a superstar. 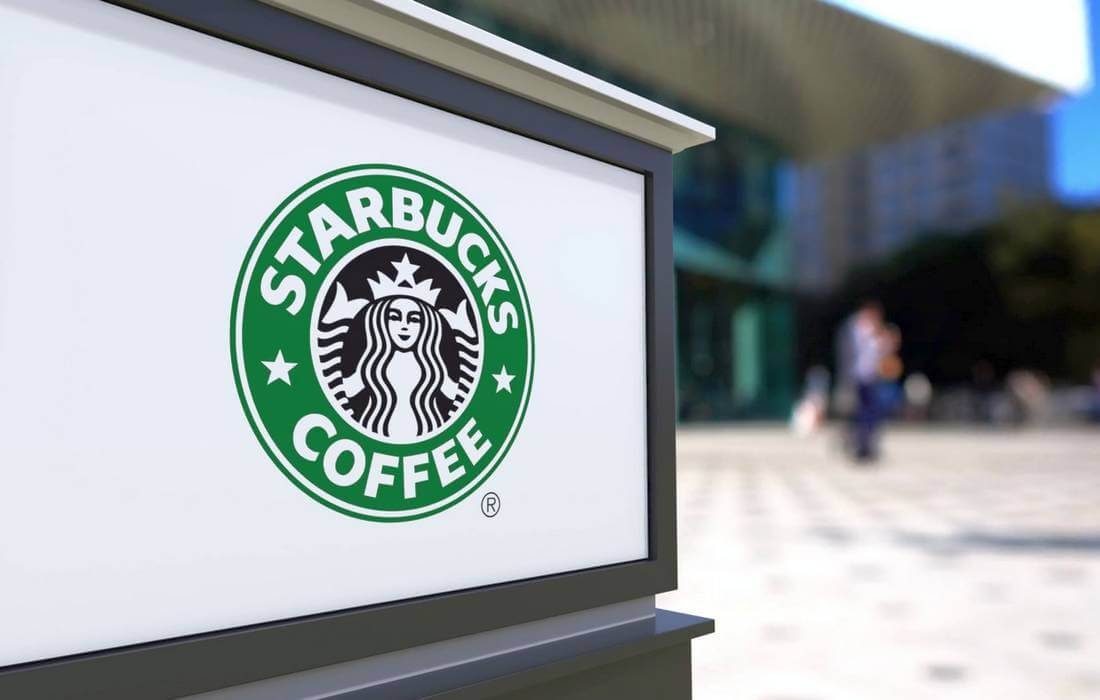 Like any talented commercial network, Starbucks has several unique marketing techniques that make it popular.

Drinking coffee, tea or ordinary water is a matter of taste, but to feel the real atmosphere of the American Starbucks exactly owes everyone.

The company American Butler knows the best gastronomic points of the United States, and also tells you about the culture and life of America at first hand. Read us on the site and in social networks, and if you have questions, suggestions or a desire to visit the states, welcome to the chat window.

Our experts will be happy to advise you and give you the most relevant information.
Send a request