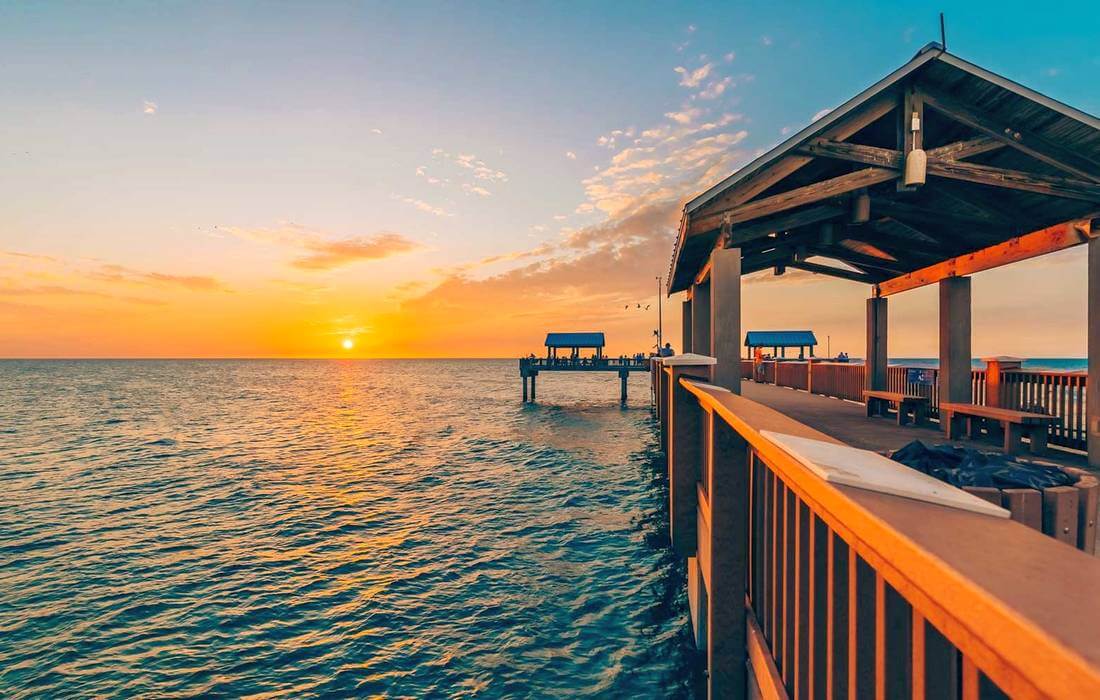 Clearwater Beach is a resort and residential area on the coast of Florida. It features white sandy beaches 4 km long. In January 2013, it was named Florida's Best Beach City by USA Today Readers' Poll.

In February 2018, it was named the best beach in the US and the seventh best in the world by TripAdvisor. 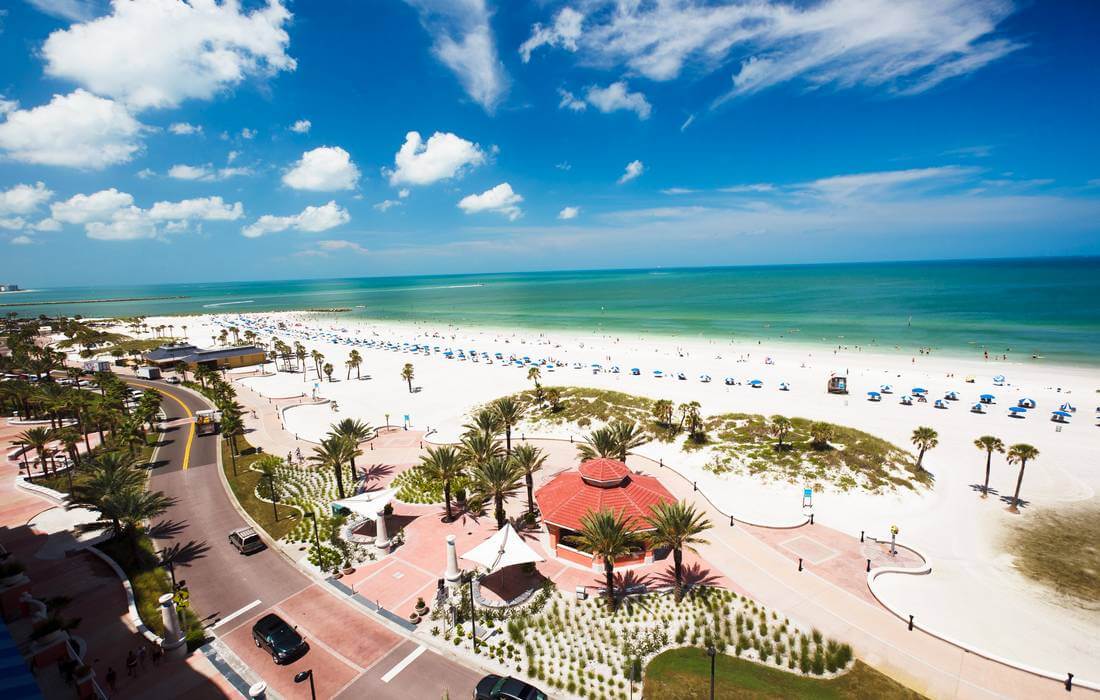 In the early 1800s, Indians migrated to Clearwater from Georgia and the Carolinas. Clearwater, like many other cities in Central Florida, relied on agriculture as a means of survival. Tourism did not gain a foothold here until the late 1800s.

Clearwater became the first community in the country to expand women's suffrage. In 1927, the opening of a memorial dam took place, which connected the city center with the beach and replaced the old wooden bridge.

By the 1950s, a complex of maritime and tourist services was developing: souvenir shops, restaurants, a post office, a hairdresser's and fishing. Business in the early 60s depended on good weather and tourism. As in principle, and everywhere where the beach type of recreation prevails.

By the beginning of the 21st century, an unpleasant moment happened — the nesting seabirds that were once part of the beach disappeared.

The study showed that dogs have a bad effect on the beach: birds are afraid of them and leave their nests. The government is concerned about solving the problem and is trying to limit the passage of animals to the beach.

The complex is entirely dedicated to rescuing sick and injured marine animals. It opened in 1972 and was the filming location for the popular film Dolphin Story, which starred two dolphins along with several other inhabitants of the aquarium. Both dolphins are still here and swimming in their large pool. 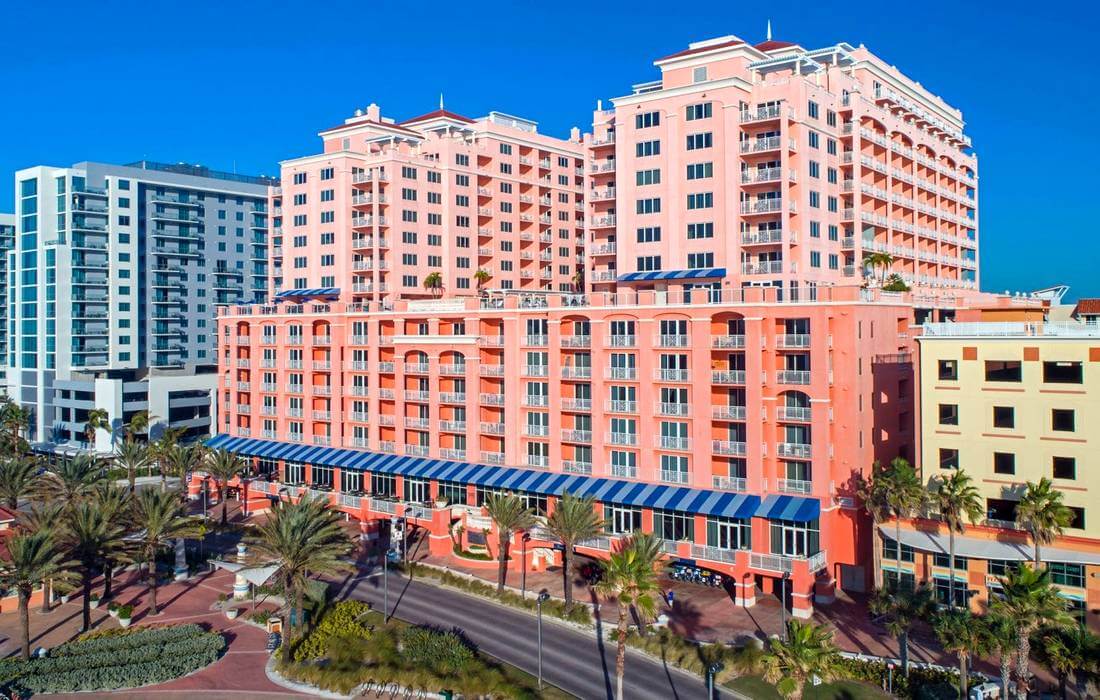 After treatment and rehabilitation of dolphins, rays, pelicans and turtles, they are released into the environment.

A wonderful, serene place for families to spend the day in nature.

The park stretches over 50 acres of forest full of wildlife such as birds of prey, peacocks and bald eagles. The cypress path will take you to a cliff overlooking a large lake. In the center of the park, activities are held for children: a visit to the butterfly garden, a water tower with a bunch of solar panels and an aviary with animals.

This fishing pier is 1080 feet long is a holiday park and has a fully stocked fishermen's house with all kinds of fishing tackle and lures. Here you can catch Spanish mackerel, silver and spotted trout, perch, flounder and many other types of fish. As sunset approaches, Pier 60 turns into a festival with musicians and street performers, tourists and locals alike.

The pub has a spacious outdoor terrace where you can spend an evening under the stars. The extensive menu offers a classic drink set with a few extras such as fajitas, giant burgers and black prawns on skewers. 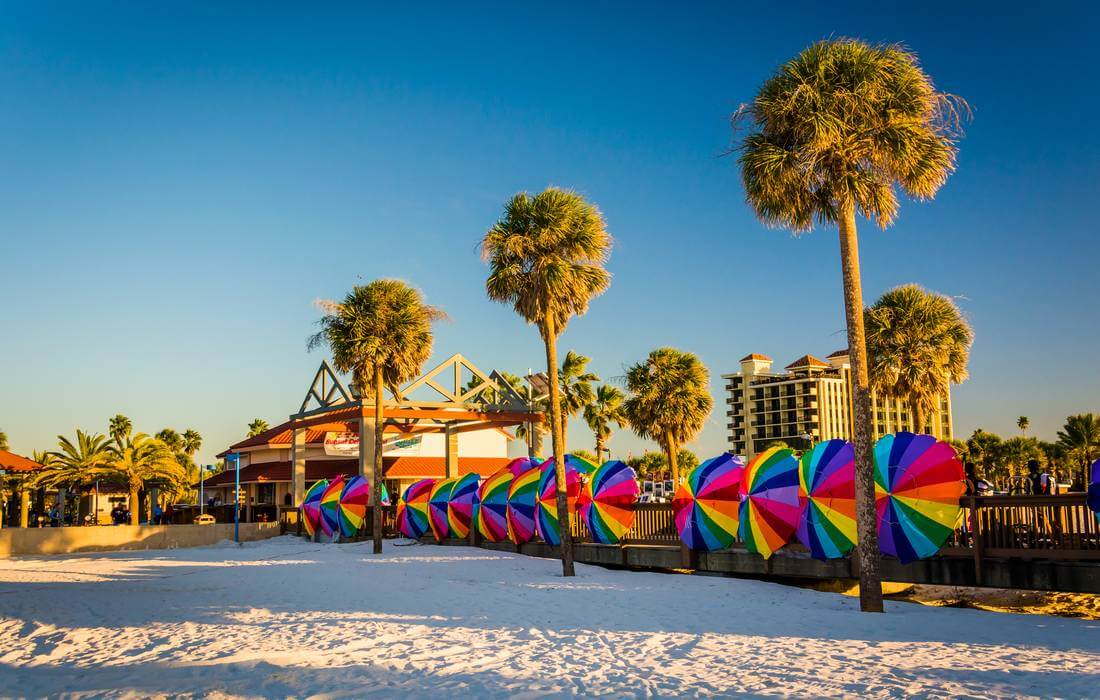 Experience kiteboarding, a new sport that combines sailing, surfing and wakeboarding. After a short introductory lesson, take a 2-hour tour of waterways filled with dense mangroves, home to ospreys, pelicans, all sorts of other birds, and plenty of fish.

3.5-hour sightseeing tour of Clearwater Harbor aboard a sightseeing boat. During the trip, you will stop for half an hour at Compass Island, where you can collect shells or swim. If you are lucky, you will see manatees and some birds: herons, ibis, spoonbills, cormorants, storks and pelicans.

Cycling and walking route connecting a number of neighborhoods and 20 parks. The route offers to walk in nature, have a picnic, go fishing or just relax. This place is getting more and more popular every year.

And the American Butler company will help you relax in Clearwater Beach!

Book the most interesting excursions only in American Butler!
Оставить заявку
See also
Brooklyn Heights and Dumbo Tour
What are these places famous for? Perhaps these are two islands of urban luxury outside of Manhattan. Both are located in Brooklyn and both have turned from gray industrial areas into... However, what… Read more
Excursion to Busсh Gardens Park
Themed areas of Busch Gardens The leisure program includes 20 excursion routes and 8 slides. Adventure Island water park has 2 slides at its disposal. Busch Gardens are decorated in an African style.… Read more
New Orleans Walking Tour
Excursion program With each step in the undeniably unique New Orleans, something extraordinary and striking is revealed. Stroll through the streets of the city or along the banks of the Bayou St. John.… Read more
Miami Fishing
Fishing in South Florida Everyone fishes in Miami. Many restaurants even have special piers for fishing — they caught it, took it to a restaurant, sat on the veranda, drinking beer or something… Read more
10 traffic rules in the USA
You came to the US and wanted to rent a car, but you doubt the knowledge of the rules of the road in another country? It's okay, there is a way out. Read tips from American Butler! Читать еще
How does recycling work in USA
10 years in prison for dumping trash? Easily, if you threw the packaging from under the laundry detergent in the tank for food waste. More recently, Americans did not want to dig in the trash, but now… Читать еще
John D. Rockefeller
Читать еще
American cuisine
Who said that apart from fast food in America, there is nothing to eat? All this is bullshit, American cuisine - the most diverse, nutritious and interesting in the world! One name for the tex-mex direction… Читать еще
Clearwater Beach Excursion 5 1 0 0
Sharing: