Shreveport is the third-largest city in Louisiana, with a population of 2005 km² and 305 km². This is a city of rivers, lakes and ... Casino. So you will have something to do at any time of the day and where to get the money.

To meet the swamps, even walk away. The climate here is humid, frequent rains are not uncommon. 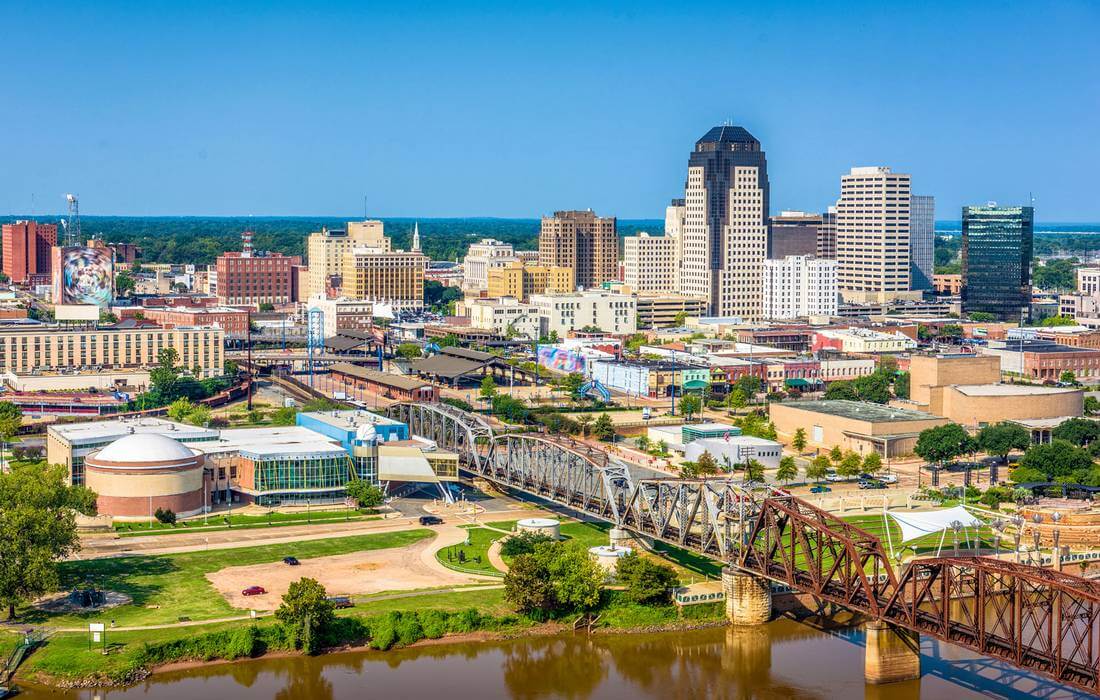 In winter, the temperature is around 15 degrees, in summer - over 20.

Most of the population is white and black, about 50/50. You can also meet Russians, but there are not more than a couple of dozen of them - mostly they are students of a local university.

Now the city is mainly at this very university, as well as numerous casinos. After Hurricane Katrina passed, Shreveport became the main educational center for Louisiana.

Low taxes on filming have led to the fact that the city often make films: from "The Fall of Olympus" to "Battle for Los Angeles".

What do you think them and the truth in Washington or Los Angeles filmed?

The city has its own international airport, but do not be fooled by this - in fact, it serves mainly local flights: Dallas, Atlanta, Cincinnati and their ilk.

Public transport is represented by buses, including long-distance, there is a railway. 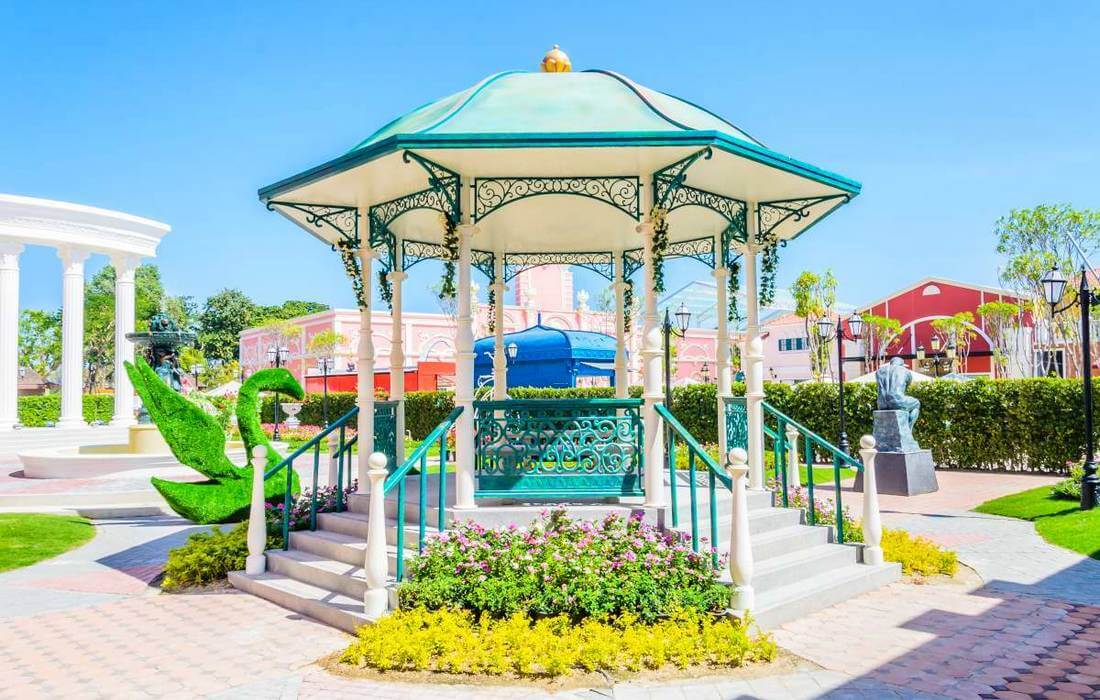 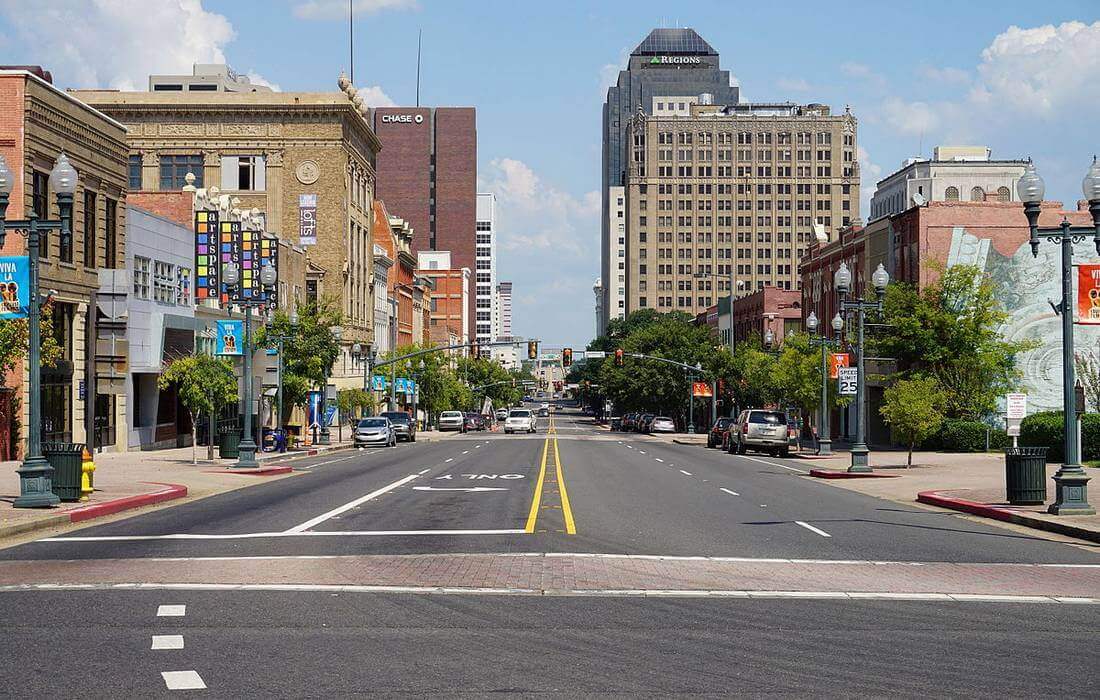 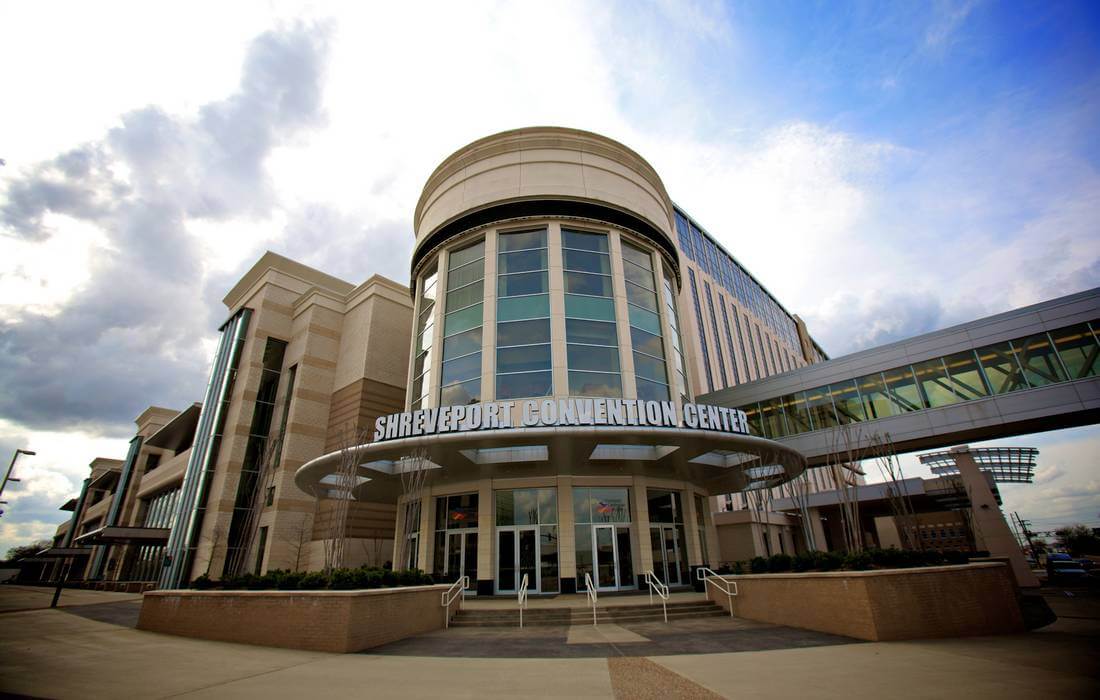 Shreveport founded the firm Shreve Town in 1836 The city was to become a transportation hub for those traveling along the Red River. The settlement consisted of 64 blocks. 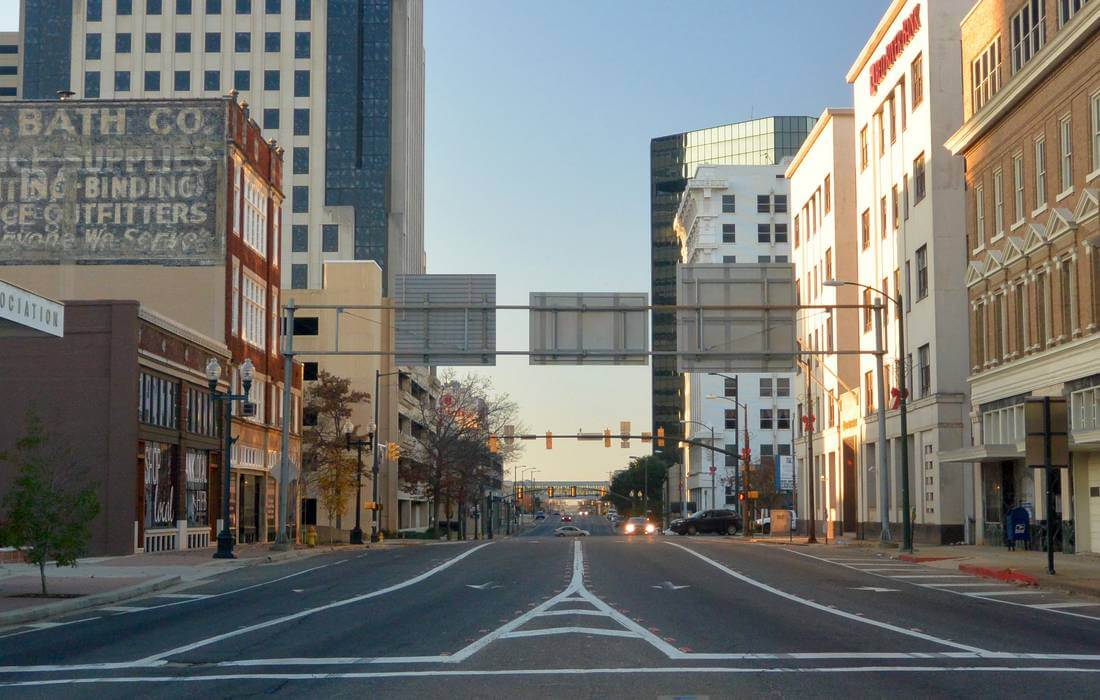 The settlement quickly became the center of the steamship trade - cotton, wheat and vegetables were transported through Red. By the time of the onset of the Civil War, Shreveport became the stronghold of the Confederation - the capital of Louisiana. The population of the city was small: 2,200 free people and 1,300 slaves.

Throughout the war, the city actively helped the soldiers. Especially women distinguished themselves - they sewed uniforms round the clock to the military, and the ladies brought donations wool and cotton yarn for socks. Volunteers sold their houses and jewels, held charity balls - did everything to increase the chance of winning.

In 1895, a French émigré Justin Vincent Gras came to town. Here he opened the largest grocery and wine shop, invested a lot in real estate. His family donated large sums to public funds.

In 1914, the shipping business fell into decay, and only 80 years later did the United States Army Corps of Engineers it was restored by building gateway structures and a navigation channel.

Everything was all right with the arrival of floating casinos - the tourists went to the city, and along with them the money. Thanks to this, many streets in the center of the city were restored, statues, mosaics and lights were installed everywhere.

Previously, Shreveport had a good life for the oil owners - so old mansions were all around, and most of them were along Fairfield Avenue. Here and the residence of Governor Thomas Barrett, and the house of director Joshua Logan, and the mansions of mayors, large landowners and industrialists.

In the city you can find many churches of various denominations:

Here are stored paintings, sculptures and jewelry over the past 4 centuries. The gallery was opened in the 1960s and since then it has gained fame thanks to the paintings of Frederick Remington and Charles M. Russell. The area around the gallery also deserves attention - it is a landscaped garden with 15 thousand plants.

This center is dedicated not just to flowers, but to roses. Only roses, only hardcore. 20 thousand species are grown here, and 65 separate mini-gardens are laid out in the garden. Each has its own plant varieties, including recently obtained hybrids. This is the largest such park in the United States.

The aircraft museum is located on the territory of the Barksdale airbase. Here you will find 30 American aircraft, including World War II bombers: B-17, B-24 and P-51 Mustang. There is a gift shop where you can buy the same aircraft, but in miniature.

And of course, we could not ignore the casino. At Eldorado Resort Casino Shreveport you can make bets, sit in the lounge bar and eat deliciously. And after a busy day - relax in a luxurious room.

Want to go to Louisiana? Have your eyes on Shreveport? Call in American Butler - we will make for you a tour of these places!
Send a request