3 hours
from $199
More
order
Central Park Tour
Trips around Central Park in New York are the most popular. And all because this piece of nature in the middle of the metropolis is filled with stories and legends to the brim.
Load more
Nothing found

New York is a dream city for half the world and the unwritten second capital of the United States. Here are the most recognizable skyscrapers, the most yellow taxis, the most expensive apartments, the most colorful people and many more “most”. Our company is happy to arrange for you any individual tour of New York. You will learn all the most mysterious secrets, see the most unusual places, feel the atmosphere, spirit and rhythm of this powerful city. Contact us!

And everything you need to know about New York is in the guide of American Butler! 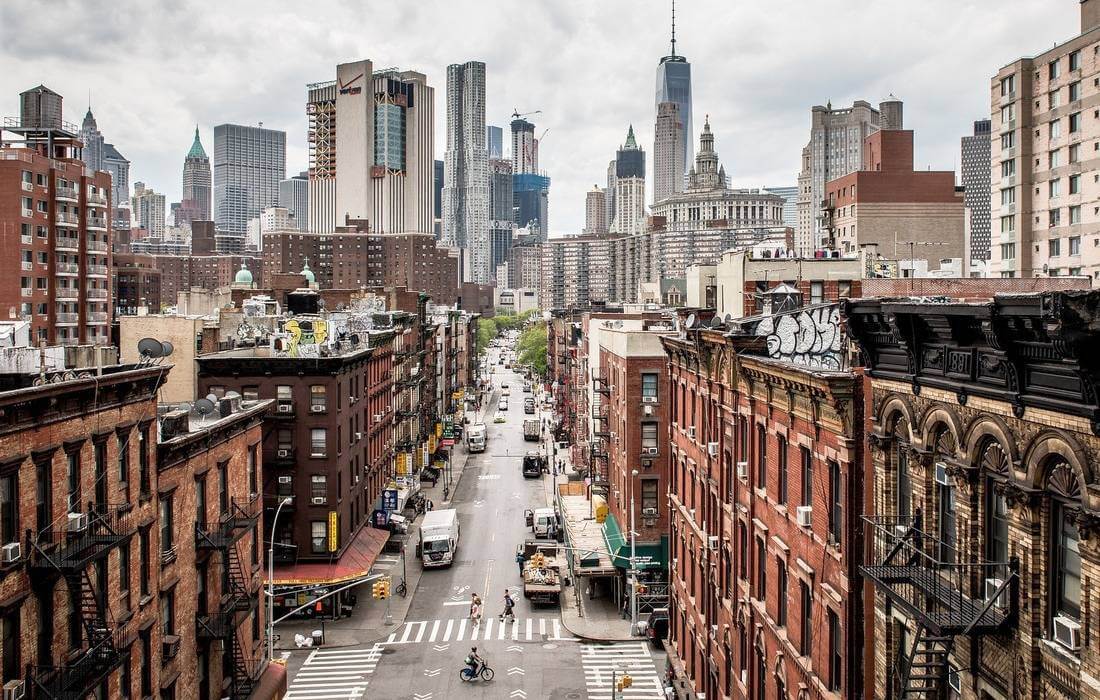 Suddenly, yes? It is unlikely that you would call so modern New York , but once it was so.

In the south of present-day Manhattan, the Dutch settled in 1625. The place was called New Amsterdam , although it was infinitely far from the present in every sense.

A little later, the enterprising Dutch bought the entire Manhattan from the Indians for a bag of beads, a few dull knives, blankets and a couple of crates of rum. For comparison, today hundreds of billions of dollars would not be enough to buy Manhattan.

After 40 years, the British arrived in New Amsterdam , and easily won the cashier from their European neighbors. They reached agreement with each other, but the British demanded to rename the place itself, otherwise they would not understand the metropolis. So the territory turned into New York.

By 1898, the borders of New York were finally settled. Today, it consists of five main parts, called Borough: Queens , Manhattan , Brooklyn , Bronx and Staten Island. And even if it is not the official capital of the United States, the financial - for sure. On Wall Street, the fate of millions of companies around the world is decided daily.

At the beginning of the 20th century, world educational, commercial and industrial centers were located here, and by the 30s, the city acquired its unique appearance: a huge anthill with the world's first skyscrapers. At the same time he survived the first great shock: during the Great Depression, the newspapers wrote that “rain from people jumping from the roof of the Empire State Building turned into a shower.” After World War II, New York also became the center of political life - it was here that the UN headquarters were built. The economic boom of the 80s and 90s, the dot-com era, September 11th ... This city seems to have seen absolutely everything. But he never stopped moving.

In order to become the present capital of the world, New York took about 400 years. Now, about 8,500,000 people live in New York; it is one of the largest migration centers. The white population here has long ceased to be a majority. 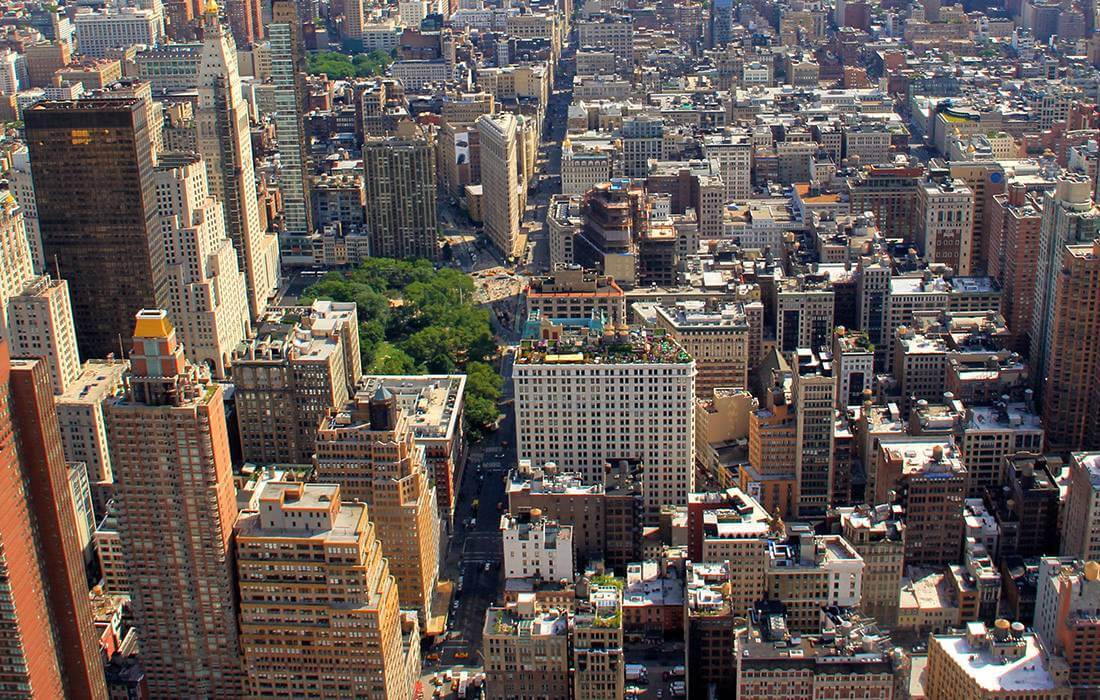 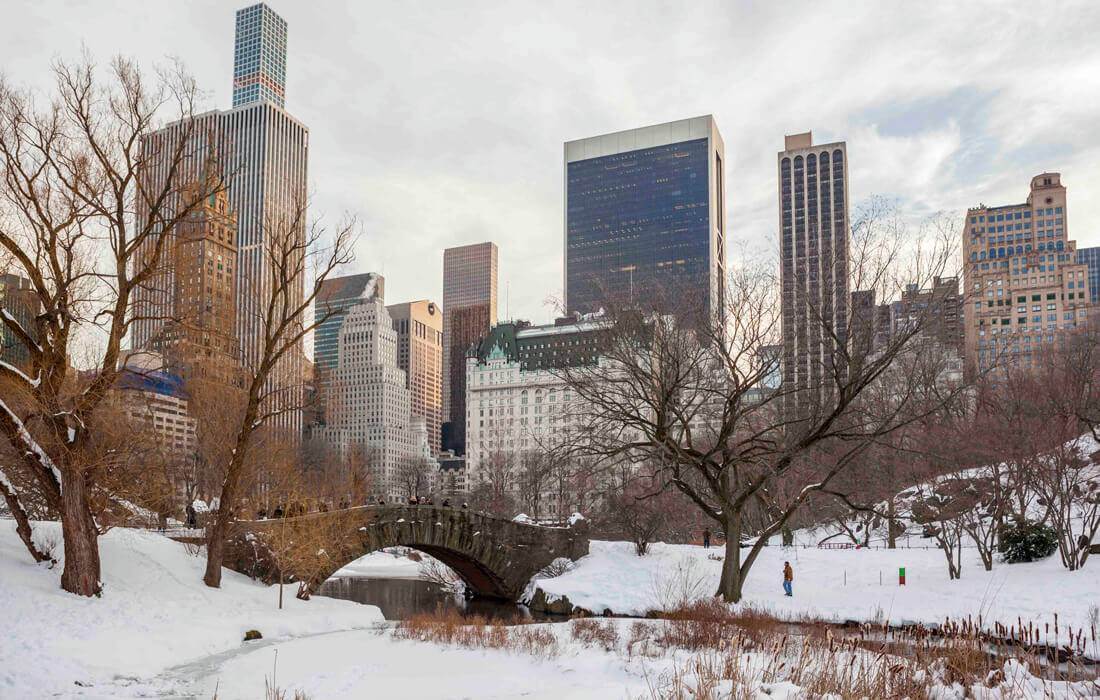 To navigate in New York is difficult only at first glance. In most areas dominated by the so-called rectangular buildings. This is best seen in the example of Manhattan: along the island, from north to south, stretch the avenue (an analogue of avenues), and across - the streets, streets. The main artery of Manhattan, Fifth Avenue, divides it into two parts - east and west, and also sets the numbering of houses on the straights. The houses closest to Fifth Avenue will have number 1 on east or west street.

New York is the only city in the USA where the majority of the population use public transport more than a private car. New Yorkers have metro, taxis, buses, cable cars, airplanes, ferries and trains.

Due to the high density of the population and the crazy prices of real estate, the houses here are rising high, and inside they are divided into tiny rooms. The area of the apartment of a wealthy New Yorker rarely exceeds the area of Moscow one bedroom apartment. But on the square of the parks did not regret the place - they are really superb here, you can see the heritage of the British.

If you do not have a single thing with the words "I love New York", then you just were not in New York! To solve this terrible misunderstanding will help American Butler - contact us at any time of the day or night.

In the meantime, collect things in the city of dreams, read other materials about the beautiful NYC on our website. And better book a tour!
Send a request