Marijuana culture in the US

With weed, the US has a special relationship. No other plant, even in the status of a rare or endangered species, is not surrounded by such attention. We figured out what you need to know about the culture of marijuana in the United States, where and why it was allowed and why you should not get involved, even if you can.

Why even allow marijuana

One of the answers lies in the English word drugs, which means drugs and drugs at the same time. 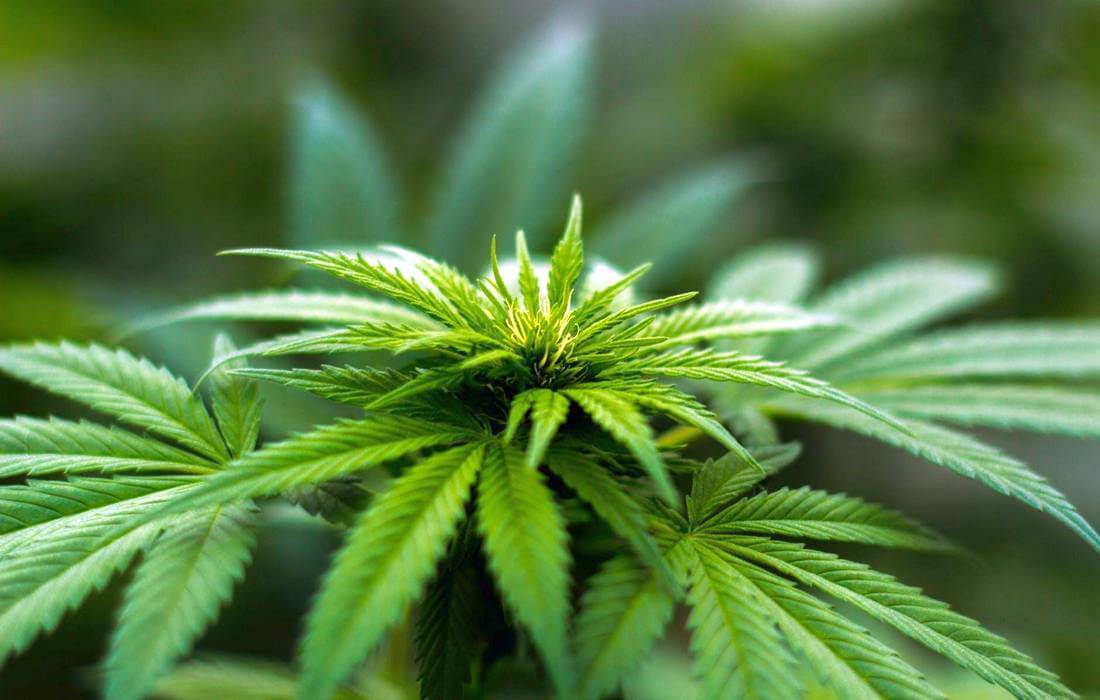 When used in small doses under the supervision of a physician, hemp plant substances are able to bring relief to many patients with chronic neurological and other types of pain. Such diseases often can not be completely cured and bring the patient a lot of suffering.

Marijuana also has an effect on the central nervous system and silences pain signals, relaxes the muscles and allows you to get rid of some types of severe spasms. However, it is quite quickly and easily excreted from the body, almost without disrupting the functioning and integrity of the liver and brain, unlike many pharmacological preparations.

Also, the ethnic traditions of the indigenous peoples of America influenced the introduction of marijuana into the category of medicines. The Indians and future Latin Americans did not have any knowledge of chemistry and pharmacology, but actively used plants for shamanic-medical purposes.

With the help of some of them, they entered into a state of trance to communicate with the gods (although we now understand that the use of these substances had nothing to do with the gods) or relieved pain in smaller doses. In Europe, this practice was used very rarely, but after the resettlement of the colonialists in the territory of America, this method has gained popularity. As with everything, it required a measure that people did not always follow. As a result, marijuana has acquired an ambiguous image.

When it all began: the history of legalization

In fact, quite a long time - in 1619, when by the decree of the King of England, hemp became one of the obligatory plants grown for export. But then it was not taken inside. At least not so openly. 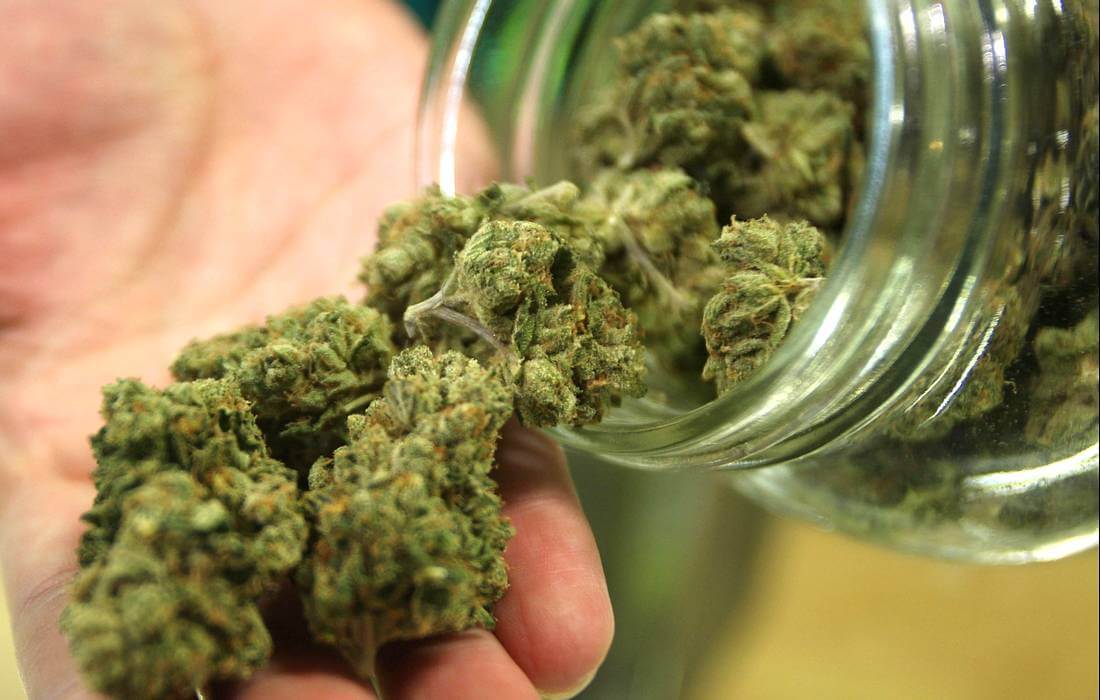 Hemp was used to make fabrics, ropes and paper. It is an ironic fact: the Declaration of Independence was written on hemp paper.

And only after 200 years cannabis will still be officially recognized by the British scientific community as a drug. New Americans have already used hemp tinctures as a remedy for migraines. However, unpleasant side effects in the form of addiction gradually began to emerge, then on the labels with hemp drugs began to make the signature "poison".

In 1905-6, in 29 states there was a restriction on the sale of cannabis and derivatives; by 1930, bans on the production and distribution of cannabis were imposed in all states.

Under Reagan, any interaction with drugs could be jailed for 25-30 years.

In the 60s the dam burst. Heavier types of drugs appeared, next to which marijuana really became harmless, the hippie psychedelic culture was gaining momentum. The first to admit publicly that he tried weed was President Bill Clinton. Of course, with the traditional "not to delay and did not like". After this, the culture began to gradually emerge from the underground.

By 2012, the movement for legalization was so active that a referendum was convened. Colorado and Washington were the first states with legalized marijuana. In January 2018, the ban was lifted for California, the most populous state in the USA. 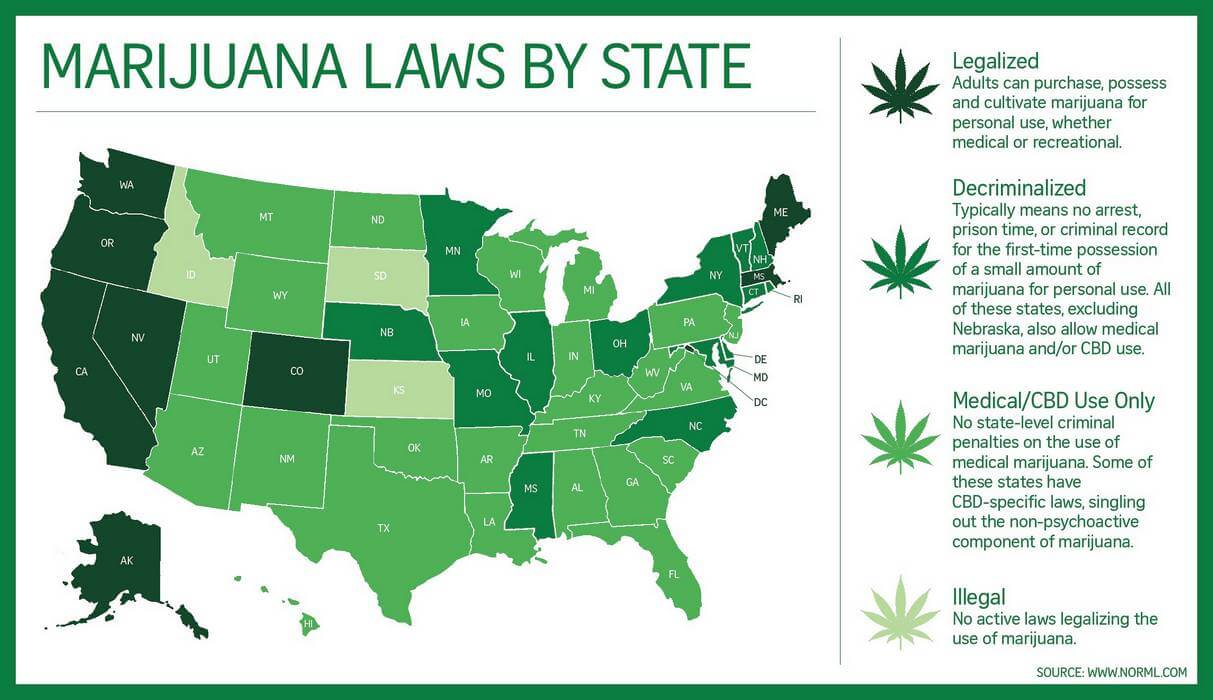 Treatment Rules: In which states it is allowed to use weed

Allowed to use marijuana exclusively for medical purposes (as prescribed by the attending physician and with the appropriate certificate) in the states:

It is allowed to use also in recreational (entertainment) purposes in the states:

You are allowed to have no more than 1 ounce (28.4 grams) of marijuana and only persons over 21 years old. At home, you can grow up to 6 units of plants. The sale or use of marijuana in public places is strictly prohibited.

Despite permission to use in some states, US law does not spare those who are caught in the use, production, or distribution of drugs of any degree of "severity."

Why marijuana should be taken seriously

According to the doctor’s prescription, weed can be purchased absolutely officially, in accordance with the prescribed dosage. 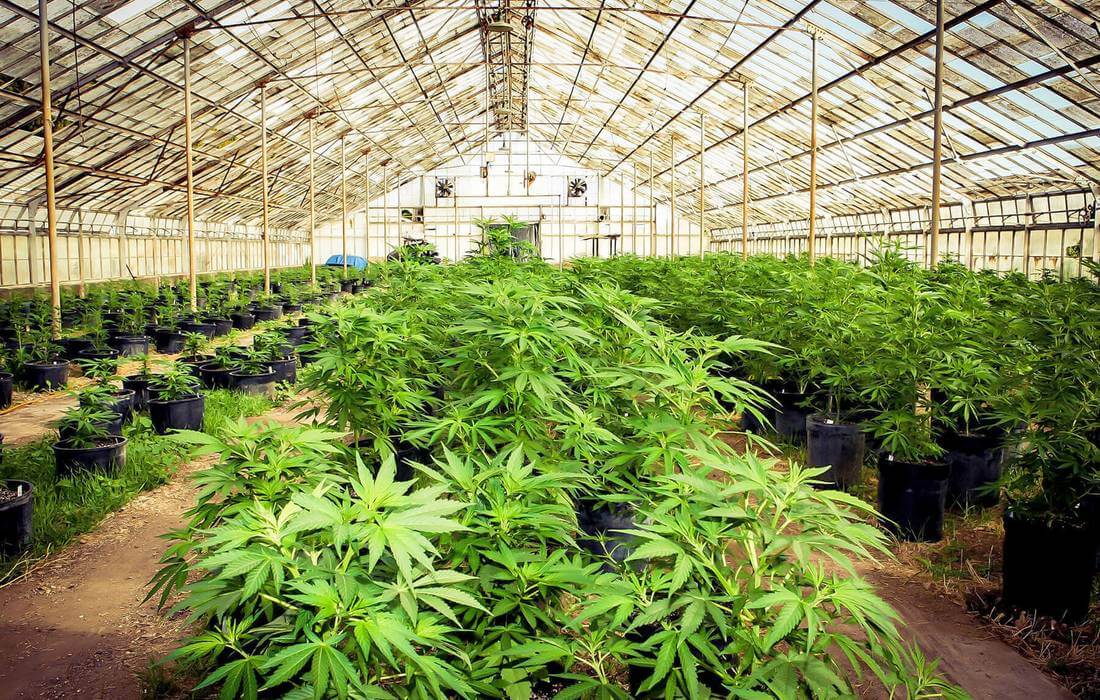 If you do not need such an analgesic, it is not recommended to look for and try any type of marijuana yourself. In this case, no one can guarantee you the safety of such a product, because anything can be involved in cannabis purchased on the street.

Marijuana itself has a small psychoactive effect. Many people believe that this is the most natural and innocuous way to relax. But traders are not particularly interested in harmlessness; it’s more profitable for them to become a regular customer.

Depending on their financial needs and personal preferences, some craftsmen have learned to produce quite serious types of drugs from seemingly light cannabis. For example, of the mature, but unpollinated inflorescences hemp is sensimilya - a type of drug, has a strong psychotropic effect and highly addictive, since the concentration of the cannabinoids it exceeded 7 times.

It often happens that more dangerous synthetic drugs are mixed into marijuana - in this case, addiction is almost inevitable, and unpleasant consequences are guaranteed.

It is practically impossible to visually distinguish one type of cannabis from another, and it is easier not to invent it to fall into dependence and gradually destroy their health in large doses.

American Butler can not only tell you about everyone, even ambiguous moments of American culture, but also organize an excellent tour in the United States.

Contact our specialists by phone or chat window, and we will be happy to help you!
Send a request