The modern world is no longer possible without a variety of bright subcultures and various youth trends. But it was not always so. The first subcultures began to appear only after World War II, and the United States became their cradle. 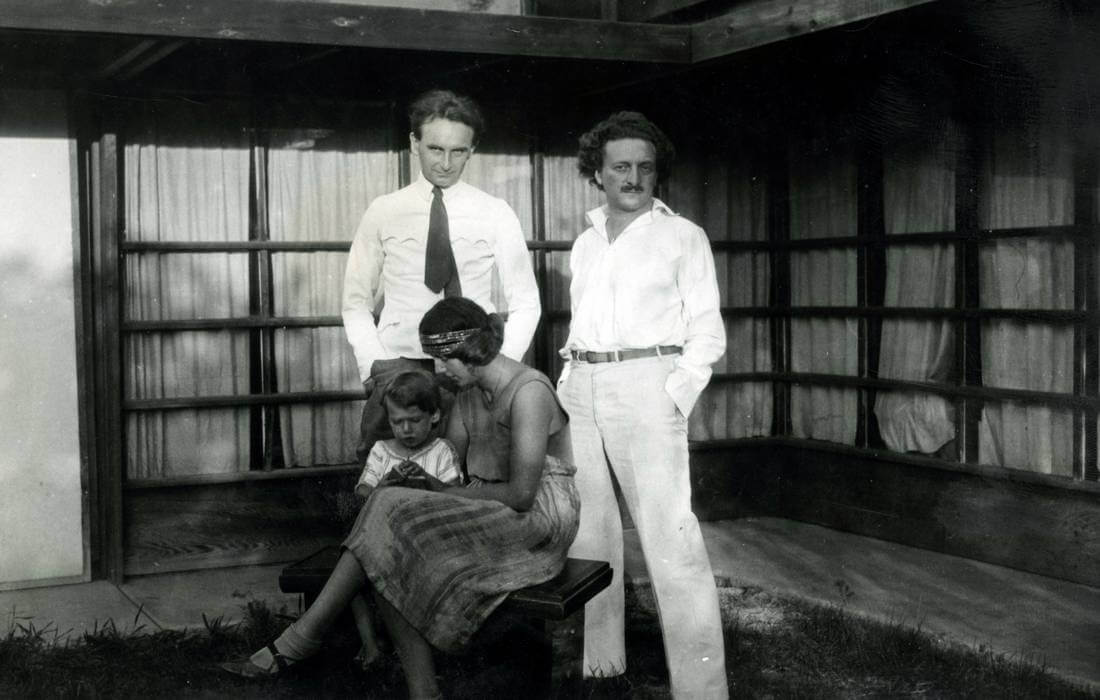 Youth subculture: what is it?

Subculture (literally subculture from Lat .: sub - under, culrura - culture) is actually a non-standard search for the personality of itself. Youth movements affect many social areas: language, clothing, demeanor, literature, music.

Speaking of subcultures, most often involve young people. This is due to the psychology of human development. The teenager, as he grows up and separated from his family, feels the need to fill the emerging void. He wants to be part of something in common, while opposing the bulk of "non-understanding." Passing the time of rebellion, the young man is looking for "tribesmen" who are ready to support at a difficult time.

Having started my way from a special cut of a jacket and having gone through a rigid installation of appearance, worldview, musical preferences, subcultures turned into a special lifestyle, with its own rules, ideology and philosophy. Where did the history of subcultures in the USA begin?

The first types of subcultures were "black." They grew out of an acute problem between the black and white population of America. And it all started with a quiet call to the well-established standards of society. 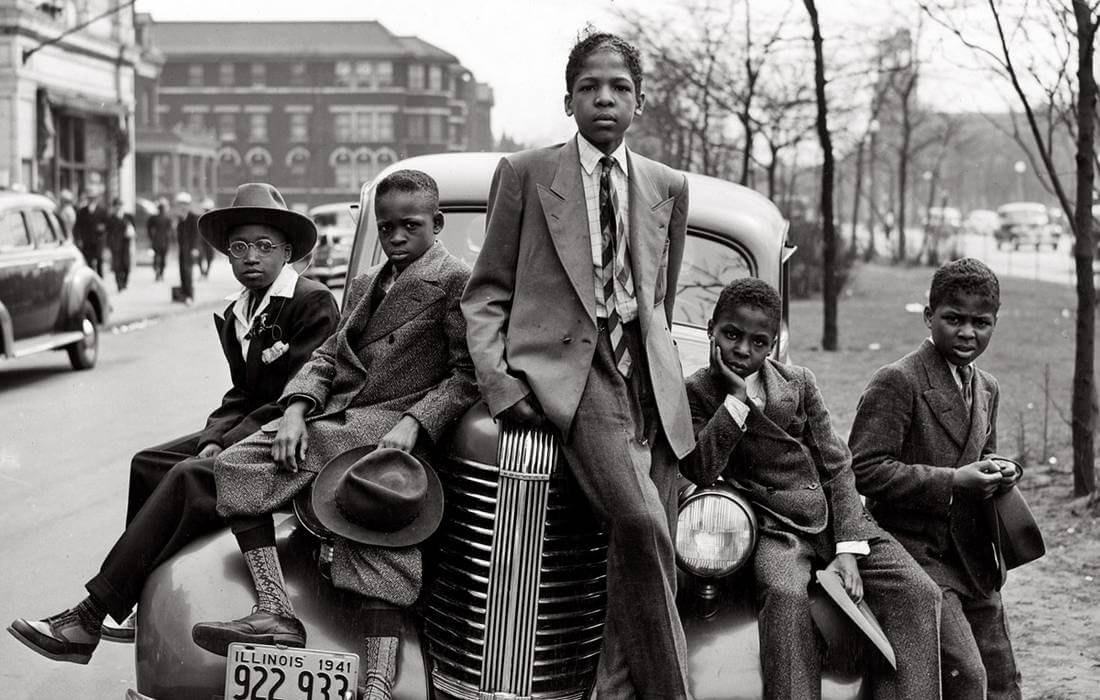 The origin of subcultural movements in the USA: 40th - 50th.

The desire to attract attention was realized rather unusual for that time by wearing a defiant costume called Zoot Suit . It consisted of narrow trousers and an elongated striped jacket. It was quite difficult to buy such a suit, especially for oppressed African Americans: it was custom-made for an indecently high price. Owners of such a dress began to be called "Zooties".

The value of this subculture was great. The costume has become a kind of symbol of ethnic pride and rebellion against the white society. It was from “zutyz” that the first organized gangs of “black” streets were formed. 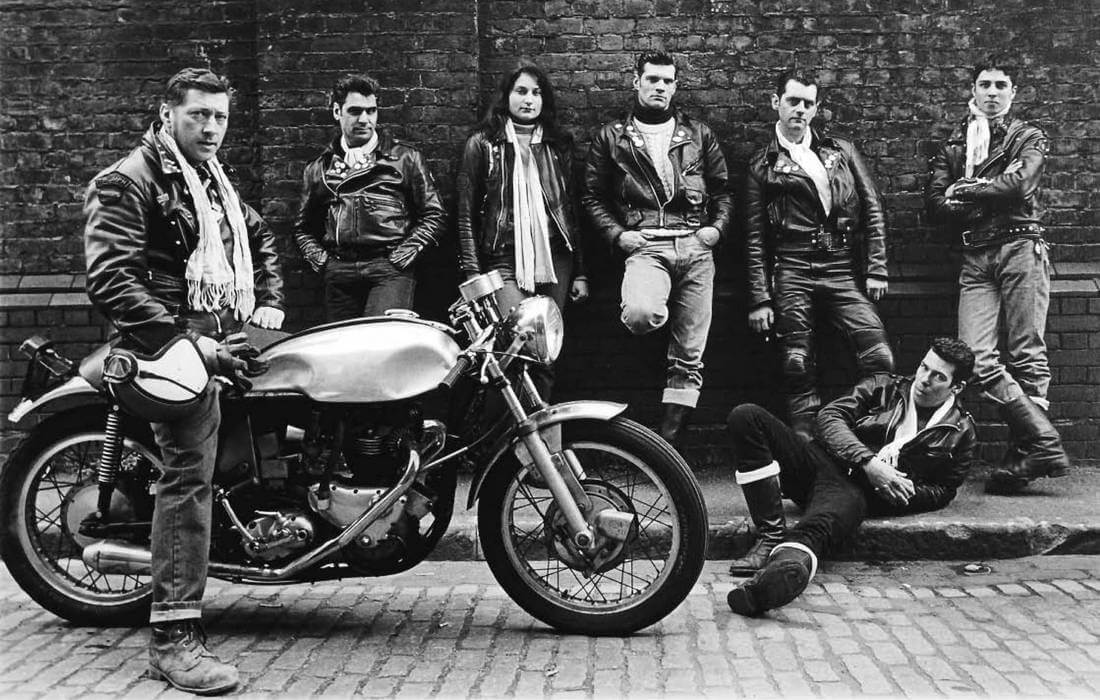 Bikers - the discoverers of the "white" subcultures

The bikers became the creators of the first "white" subculture. Remarkably, the current flourishes so far, unlike many other subcultures. And even the basic distinctive badge of a biker from a nebiker has been preserved - a denim or leather vest with a gang emblem.

The course was originally formed from youth who returned home after the war. But this house was not at all friendly to its heroes. People who were actively involved in military operations, accustomed to the constant release of adrenaline, wanted to be equally dressed, put in standard houses from the “American Dream”, arranged for low-paid monotonous work, for example, a cashier in the store ... Of course, this caused protest.

Former soldiers found their adrenaline in motor racing and antisocial movements. The subculture has gained high popularity due to its rough style in clothes, emphasized by courageous and sloppy. Bikers, in their army heavy boots and black leather jackets, stood out from the majority who want to look better, more refined.

The phrase from the movie “Hell's Angels on Wheels” perfectly symbolizes the current: “It is better to rule in hell than to serve in paradise”. It contains all the opposition of bikers to the norms and morality of the rest of society. 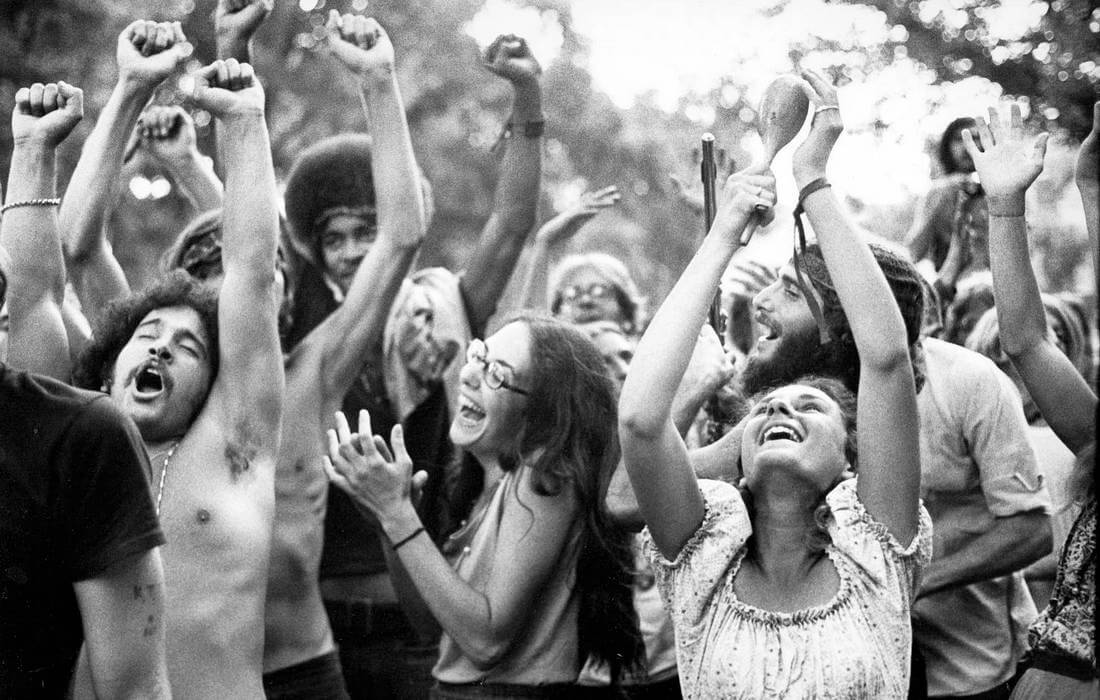 It would seem that hipsters appeared just a few years ago, filling the streets with flannel shirts in a cage, transparent glasses without diopters and muffins in their hands. But no, the term was first sounded back in the 30s of the last century, and the history of subculture originated in the USA, in New York.

“Their” hipsters were determined by a special speech, their own slang - “jive”. In those years, even came out the “Hipster Dictionary”, which helps to master the language of hip-cat'ov.

Hipster could be anyone who put himself against the blurry "them." Against the system, against society, against a normal lifestyle. The current had its own complex and improvisational music - bebop. Hipsters could be distinguished by a special style of dress: black sweaters with high collar, black glasses, scarves, berets.

Image hipsters next embodied in the beat. True, soon enough, the adherents of this subculture left the strict adherence to the adopted dress-code, and black sweaters with berets became part of popular culture, posture, but by no means a real riot against society.

The beatnic movement takes its origins in the “black culture”: music, passion, protest. The beatniks sought freedom of expression, travel, resumed the literary tradition of describing their own lives, and were notable for psychotropic substances. Literary centrism has added world classics with such names as Allen Ginsberg, Jack Kerouac, and William Burrows. 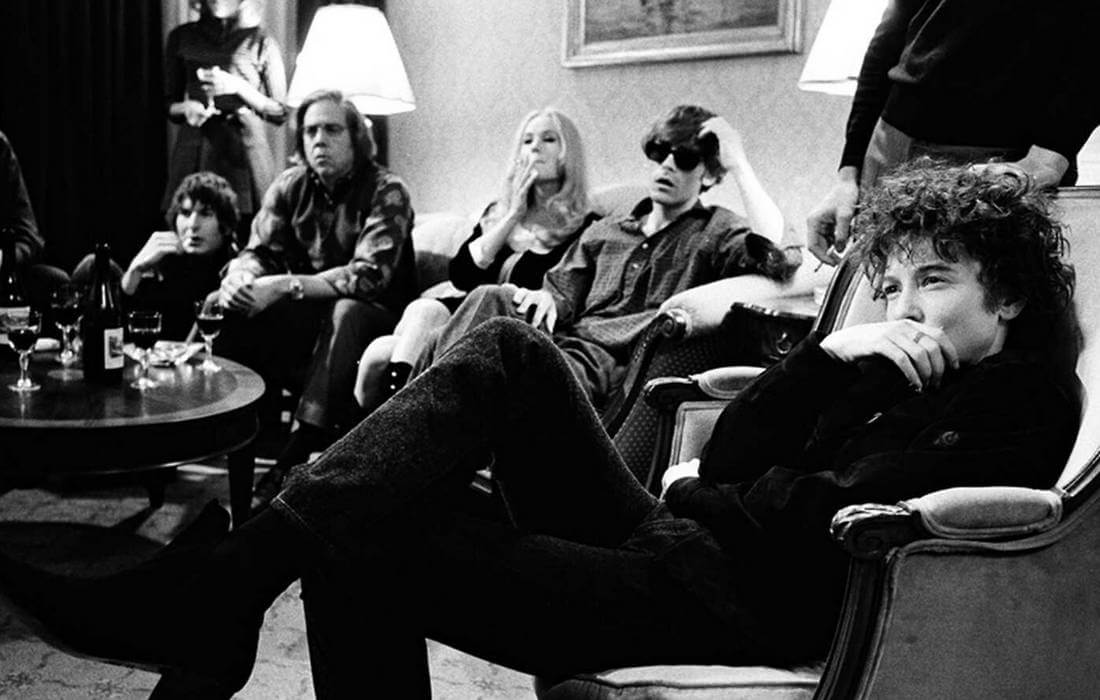 Hippies from the 60s: children of flowers and the heirs of traditions

This subculture has inherited some of the features of beatnicity, embodying them in a rethought form: the desire for vagrancy, the abandonment of the mainstream, drug use, new styles of music and culture, sexual emancipation. In addition, the hippies promoted the image of a simple rural life in a commune, with the enjoyment of their being and harmony with nature.

They could be distinguished by bright clothes, long hair and a positive attitude towards life. And painted minivans are still strongly associated with the "children of flowers". Of course, there were much more iconic types of subcultures in the United States, but the purpose of this article is to introduce only the historically first established trends.

American Butler believes that the study of the subcultural mentality will help to better feel the spirit of the United States and understand the cultural values of a foreign country.

There will be questions, please contact!
Send a request