Masons in the United States 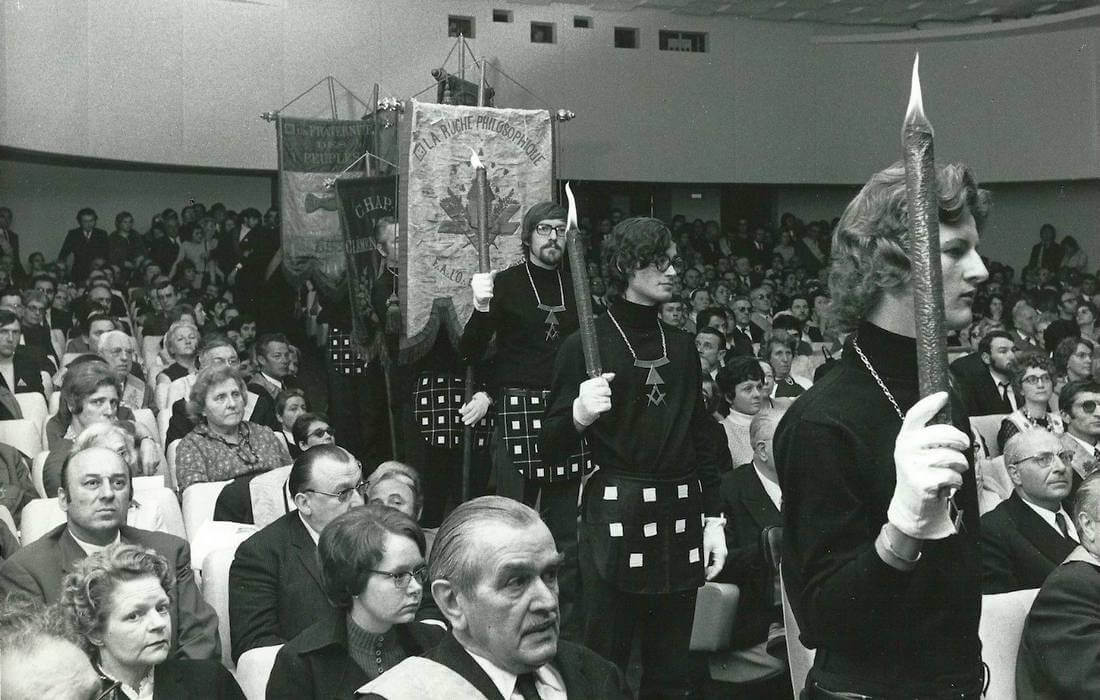 Freemasonry has its roots in the traditions of working with Liyan guild masons and postulates of the medieval orders of chivalry. The principle of education is the same - a closed elite association of people with specific goals and ideologies. It is impossible to trace the exact date of the emergence of this ideology due to the fact that Freemasonry is surrounded by secrets, legends and mysticism.

It is known for certain that the first Great Lodge was founded in England in 1717.

Bricklayers and builders (not necessarily literally masons - also people who participate in the spiritual construction of the universe, scientists, entrepreneurs, politicians and religious figures) are endowed with a certain moral mission in Freemasonry. These people unite in a secret brotherhood, pledge to observe certain rules and esoteric rituals, to participate in meetings, discussions and discussion of current issues. What exactly - decides the bed.

In general, everything that concerns the immediate life of the Masons within the community remains in the strictest confidence. However, their membership of the Freemasons can not hide.

Thus, educated, not poor people who are able to influence world processes in the field of culture, economics, and politics are attracted to Freemasonry.

Since Freemasonry is a secret doctrine, they have a lot of symbols and tools of allegory. Perhaps the most common of them is the cross compasses and the corner ruler. Their single interpretation does not exist, just as there are no Masonic dogmas. But often it stands for possession of tools for accurate measurement and understanding of their position and influence on the world. 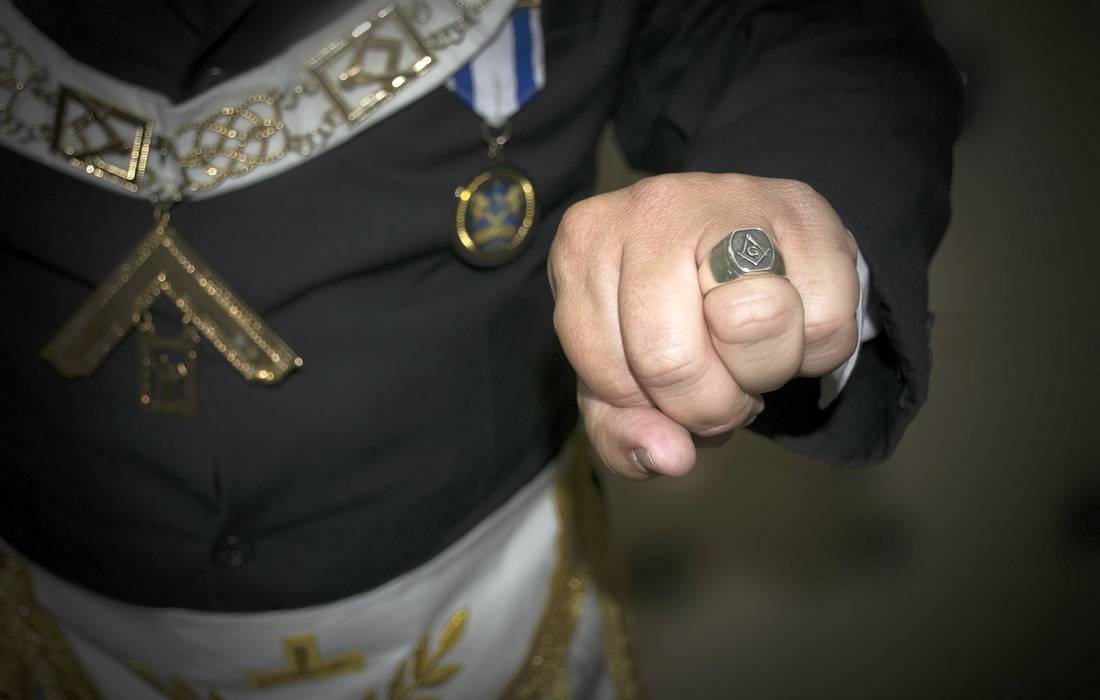 The most common symbols of Freemasonry:

Practically all Masonic symbols have ancient analogues in religious treatises and legends, but their exact interpretation is impossible to know.

Masons also have their own non-verbal language - gestures and handshakes, in which they communicate with each other and exchange secret signals in public places. 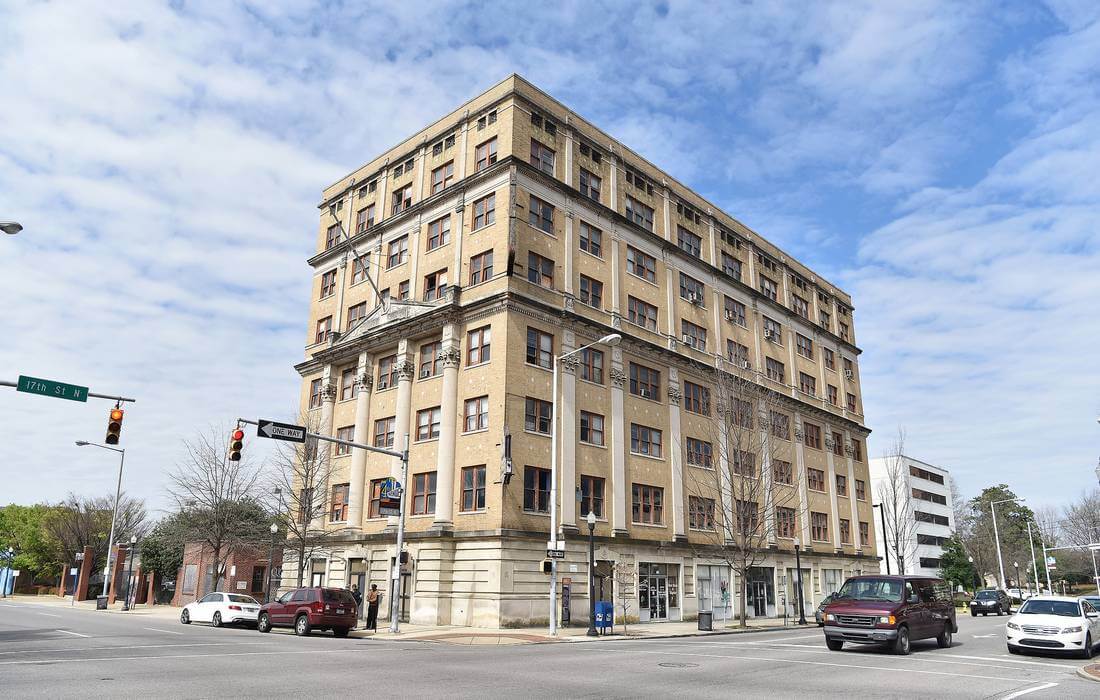 The main practical activity of the masonic orders is charity and participation in financial operations that, in their opinion, can change the world for the better. Everything else relates to spiritual activity - adherence to the principles of brotherhood of people, conducting rituals, discussions, the study of philosophy and the secondary sciences.

Contrary to all theories, freemasons are not a sect. In fact, they have no relation to religion at all, although the main symbols and legends have something in common with Christianity and Judaism. These are rather esoteric-philosophical associations.

Becoming a mason, if you are an atheist, is impossible. Each member of the Masonic Lodge professes a particular religion of its choice. The lodge does not interfere in this part of life, but any of the existing images of god is called only the Great Architect of the Universe. That is, in terms of religion in Freemasonry, pluralism and democracy - everyone is free to believe that he is close. There is no discussion on religion.

Freemasonry is divided into European and American. The differences between the two directions in what rules follow visitors to the lodge. So in the European tradition, women can enter into fraternity, in America it is absolutely impossible. 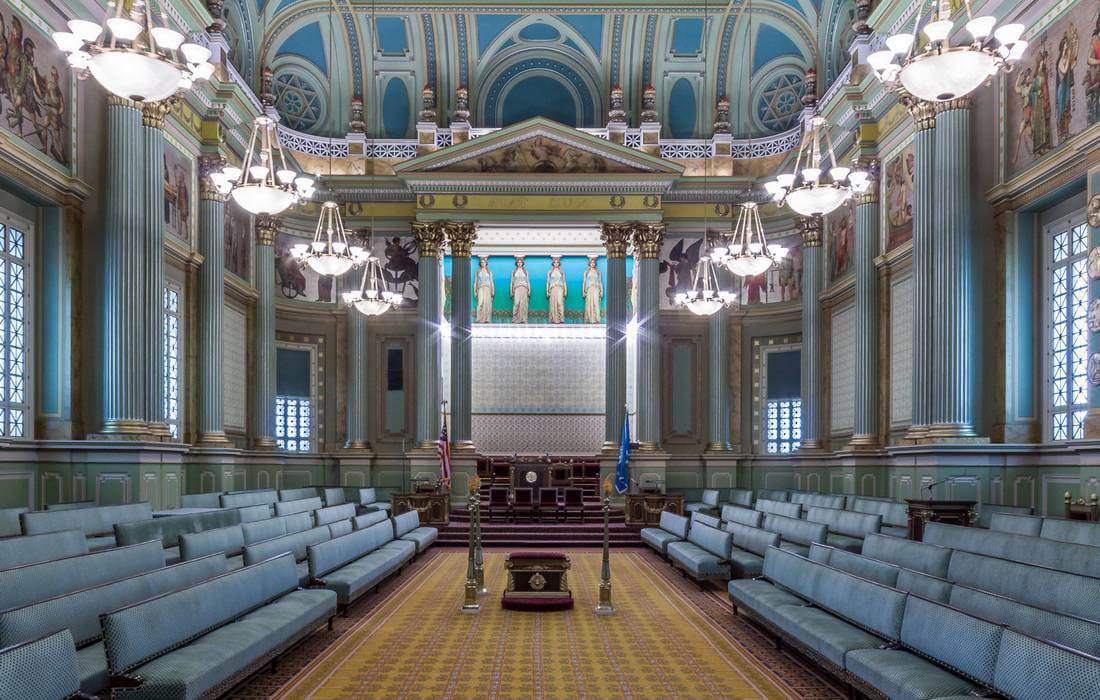 The only woman who tried to learn the secrets of Freemasonry and entered the box building in Kentucky was caught and held in captivity for a month.

Yes, there is - it is a set of principles and moral laws of the community, which is called landmarks ("land markings"). Masons do not have a dominant class, each lodge is in self-government, therefore any disputes or disagreements that arise are governed precisely by Landmarks.

The catch is that their number and content varies in each bed. In Europe, it is generally accepted that there are 25 of them (formulated by Albert Mackay in 1856) or 40 (by George Oliver, 1863). The Americans went further and installed a different number of landmarks in different states. So in the lodges of New Jersey there are 10, and in Kentucky as much as 54.

We do not know much about how they look from the inside and only through the cinema - one cannot judge about authenticity. But from the outside it is an unremarkable building, often in European style. Is that on the facade can be an image of the symbols of Freemasonry.

Particularly distinguished except that in 1892, the building of the Masonic Lodge in Chicago. It was a building with a height of 22 floors, which was considered the highest in the world.

The lodge must be a permanent location, that is, to occupy some kind of structure. They have a hierarchy, every new one first gets permission from the parent and only after that can be considered a Masonic temple. Often the lodges may differ from each other by their contingent: there are those in which people of a certain profession gather, some living nearby.

To give mystery and some mysteriousness in the boxes there are no windows. Masons are more accustomed to hold their events in the twilight. Doors, walls and all free space in the meeting rooms are decorated with all kinds of paraphernalia:

It should be said that the spectacle is not the most fun, for a beginner with weak nerves - a real shock.

In the most important rooms, designed for the highest Masonic ranks, everything is saturated with luxury. They are seated at a chic table and on chairs created by a skilled craftsman. The floors are covered with expensive carpets, gilded frames of paintings sparkle.

The lodge has a separate room for the masonic meal (agape). In the dressing room, each member of the fraternity can dress in special clothes, and with the help of a hairdresser and make-up artist apply the necessary makeup and comb her hair.

No, the Illuminati is an absolutely secret society of  "enlightened in the secrets of the world" with German roots. Unlike Masons, members of the Illuminati community cannot disclose their affiliation to them and officially the Illuminati does not exist.

Freemasonry is one of the parts of American culture. Getting into this society and asking questions yourself is quite difficult. But to come to the USA and study the question on the spot - why not.

In addition to the Rosicrucians, the first emperor of which was Spencer Lewis, there are many other areas and ramifications of Freemasonry.

All American masons are proud of their country, confidently believe that this is a "great Masonic superpower".

In America, the headquarters of many societies of Masons such species are located:

Freemason Henry Ford recognized Freemasonry as a solid foothold for the United States. The main criterion is that they know exactly what their children should learn.

No matter how mysterious and not fully studied, Masonic society, in America being in its ranks means the likelihood of a more successful career.

There is a controversial attitude towards Freemasons, but their influence on the development of society is quite large. Only a few adherents of the order are shy of such membership. Basically, these are those who had to become a Freemason exclusively to make a career.

For most, this causes pride and a sense of undisguised superiority. For example, representatives of this type of Freemasonry, like the Rosicrucians (their duties include the promotion of occult literature), are sure that they have a special exclusivity and significance. They bear high their right to possess "great secrets".

The company American Butler will help to organize any, even such an unusual tour of America.
Send a request