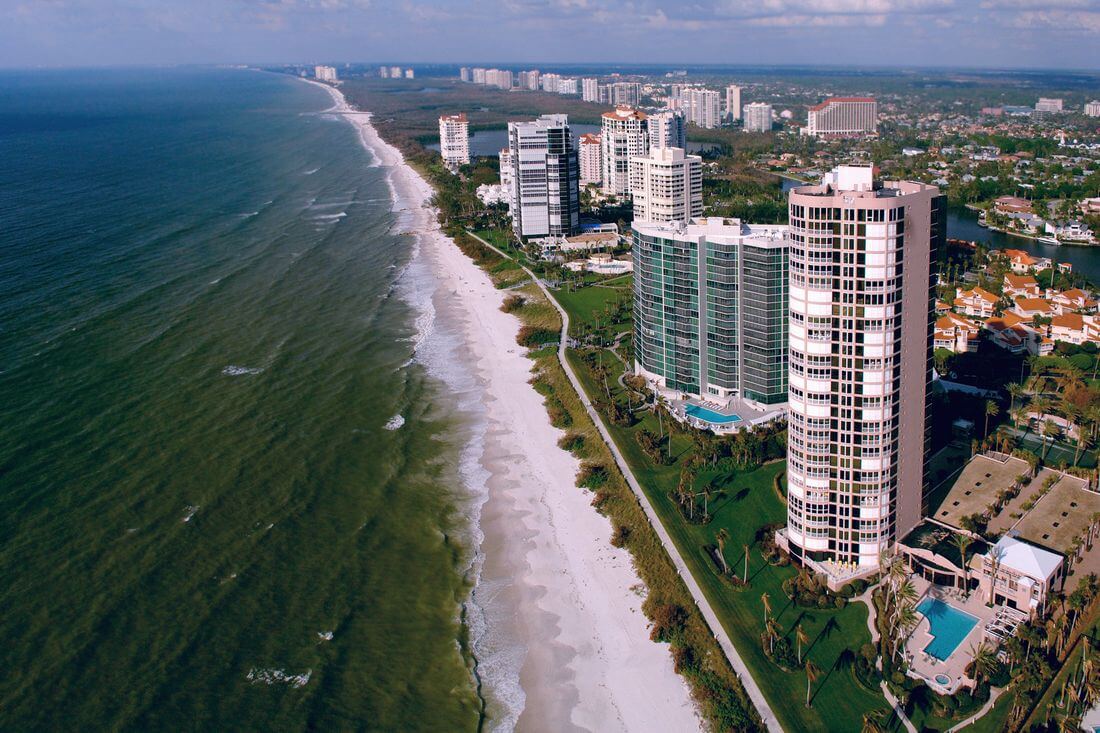 Naples is located in Collier County, Florida, USA. Just two hours drive from the bustling and crowded Miami, and you find yourself in a small town with a population of about 22 thousand people and an area slightly exceeding 30 square kilometers.

But this town can easily break uniqueness records in several categories at once:

No problems! You just need to contact American Butler, and we will be happy to organize any tour for you, taking into account your wishes and preferences.

A Little History of Naples Florida 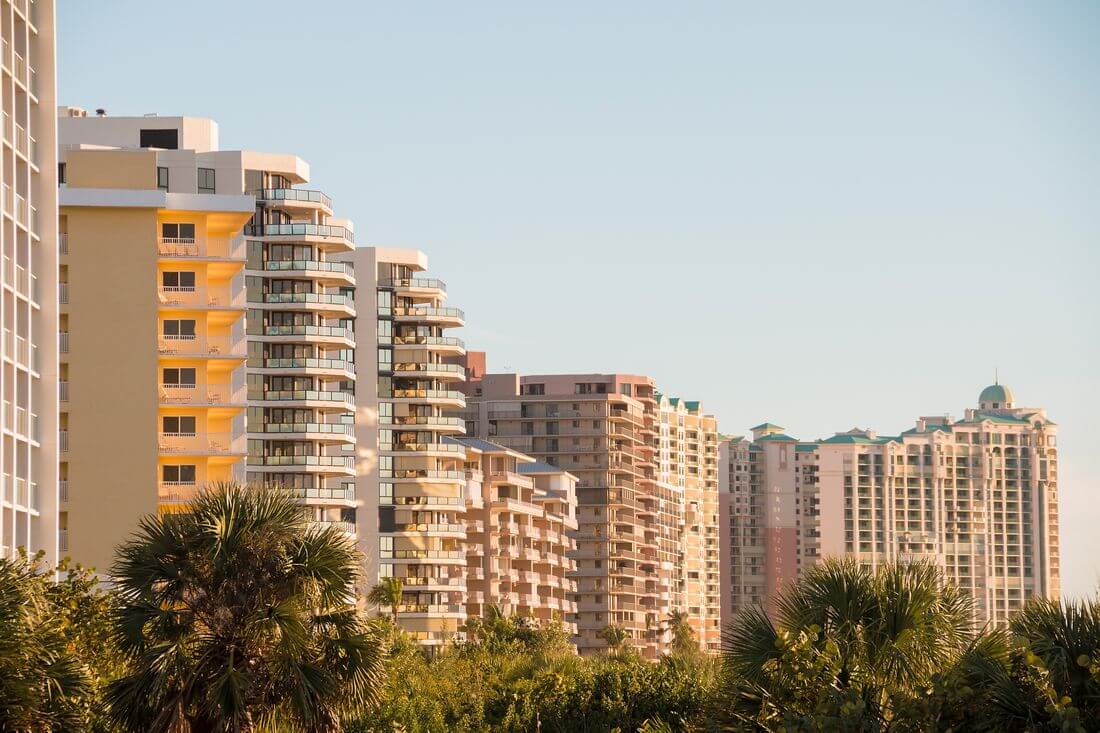 The history of this amazing town dates back to the middle of the century before last, when the settlers Gordon and Higgins accidentally stumbled upon this corner, very reminiscent of Italian Naples. That is why the town received the name Naples, consonant with the Apennine brother.

Immediately appreciating the advantages of the area, following the immigrants, moneybags from the nearest states came here, starting to invest in the tourism industry, and by the twenties of the 1900s the town had already gained the fame of a prestigious winter resort. This did not go unnoticed by the celebrities of the last century — just name the names of Greta Garbo and Harry Cooper.

Due to the mild climate and developed infrastructure, today the Naples is considered one of the best recreation areas in Florida and the United States, and is among the ten most expensive American cities. It has become a favorite vacation spot for rich and confident people who are accustomed to lead a measured life, enjoy nature and enjoy the benefits of the entertainment industry.

Another noteworthy Naples is considered respectable elderly Americans, who are aptly nicknamed the migratory birds. They spend the entire autumn-winter season in these bizarre places, gladly replenishing the town’s budget, spending time in exquisite golf clubs and elite tennis courts.

Seeing them on the beaches and streets of Naples, strolling leisurely in white shorts and sneakers at the price of a middle class car, the crystal dream of Ostap Bender involuntarily comes to mind and I want to exclaim after him:

— Yes, this is not Rio de Janeiro. And then add:

— This is the Naples, and he is much cooler! 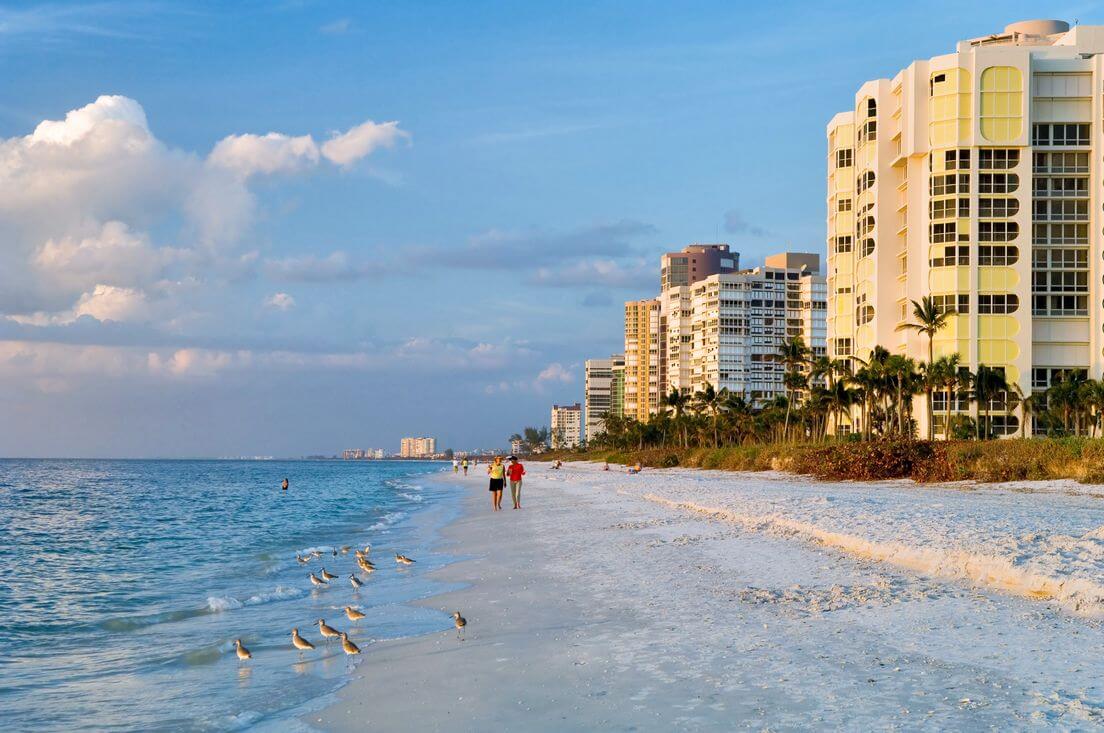 The Natural World of Naples

The main attraction of these places is considered to be the Everglades National Park with a unique ecological system consisting of subtropical thickets that encompass small freshwater lakes and canals from all sides. Small islands abound with deciduous trees, interspersed with a giant sword-grass and ferns preserved from prehistoric times, and the riot of colors without an orchid number is in harmony with the color of various representatives of wild fauna — from terrifying huge alligators and graceful panthers to huge grizzly bears and almost arm grizzly bears and almost protein.

The real paradise for fishing enthusiasts is the Naples coastal shallows, and those who want to enjoy the romance can rent a yacht and go directly to the Gulf of Mexico, accompanied by curious dolphins swimming nearby. And of course you will not see such fantastic sunsets anywhere else in the world! 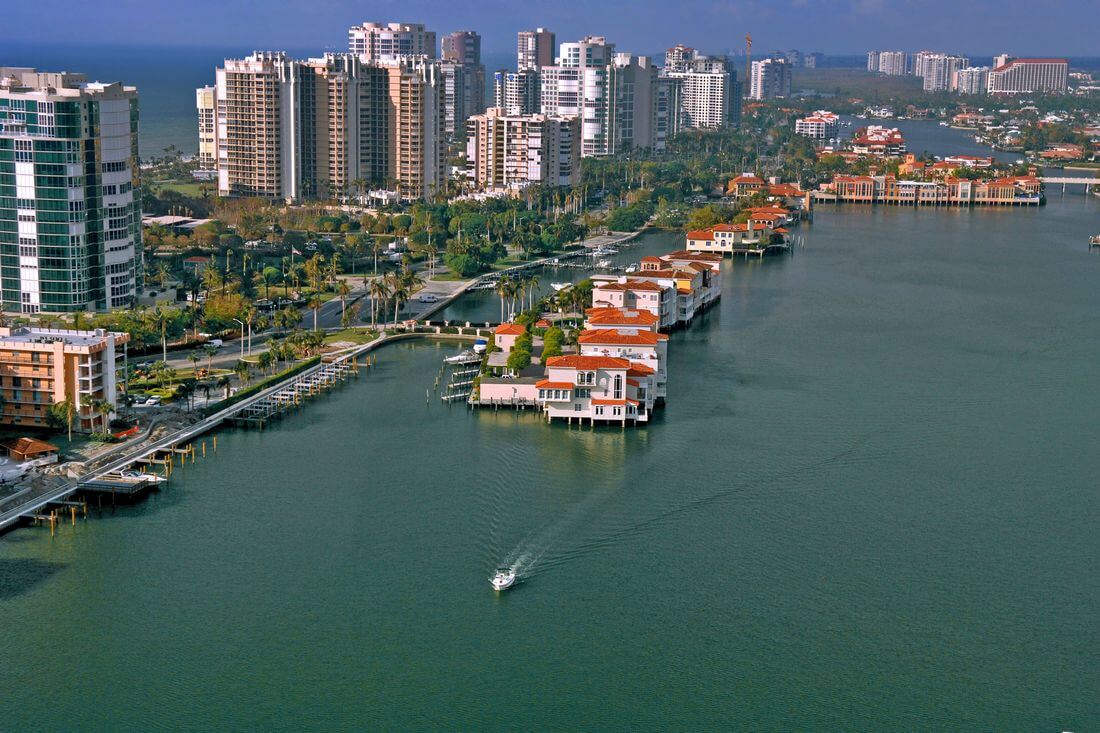 Things to do in Naples — culture, art and shopping

At the service of those who prefer the more mercantile joys of life are the filled counters of two chic shopping centers located in the central part of the town. Already two blocks - Third and Fifth Avenue as if specially allocated for shops selling antiques, and you can buy modern luxury in magnificent boutiques located on the shores of the bay, named after another Italian city — Venice.

Naturally, in such an atmosphere, an appetite is played out: even the most fastidious gourmets will fully enjoy the delicious and varied food offered by the skilled chefs of local luxury restaurants.

In Naples there are museums A-ta-ti-ki and Caler County, which history lovers will visit to reconstructed artifacts belonging to the Indians and first settlers who lived here and will even be able to touch the real pipe of the world, feeling for a moment the atmosphere of novels familiar from childhood Fenimon Cooper.

And here there is an art gallery and two theaters — stationary and wandering. The latter, by the way, was called up almost a dozen times in his nomination in Southwest Florida.

The point is small — contact American Butler and get a ticket to paradise!

Book the most interesting excursions only in American Butler!
Оставить заявку
See also
Excursion to St. Augustine
History of St. Augustine As early as the 15th century, the ever-young and beautiful city called St. Augustine appeared on the maps. This is the central city in the small county of St Johns, which has… Read more
Tour to the Kennedy Space Center
A trip to Cape Canaveral will show the events of 50 years ago and allow you to try to experience personally the sensations of astronauts during the take-off of the space shuttle. Unfortunately, experiments… Read more
Excursion to Universal Studios
Features of the entertainment center Now the Studio Universal complex is owned by NBCUniversal and is dedicated to the theme of cinema and show business. Every visitor finds something interesting here.… Read more
Villa Viscaya — Tour in Miami
History of Villa Vizcaya Villa Vizcaya will amaze anyone with the peculiar architecture of the Renaissance, as well as numerous art objects dated from the sixteenth to nineteenth centuries. Currently,… Read more
10 traffic rules in the USA
You came to the US and wanted to rent a car, but you doubt the knowledge of the rules of the road in another country? It's okay, there is a way out. Read tips from American Butler! Читать еще
Dental treatment in the USA
Читать еще
American writers
Читать еще
Fast food in the USA
What do you know about fast food? Probably that they do not need to get involved. And rightly so, but in fact the question is much more interesting. Argue that we will break at least 3 stereotypes right… Читать еще
Excursion to Naples 5 1 0 0
Sharing: