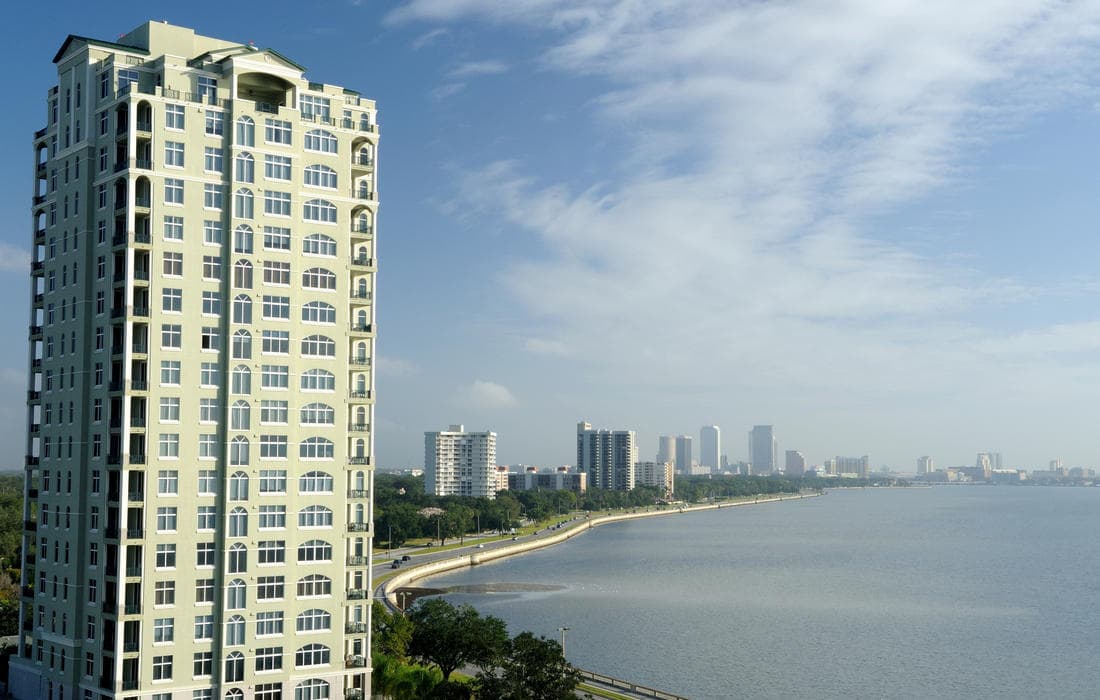 The hospitable resort city of Tampa hosts many exciting events every year. Its hallmark is its long coastline, famous for night illuminations and cruise ships.

This port has not always been a center of recreation and entertainment. The tourism industry began to develop after the closure of many industrial enterprises in the 70s. Since then, the face of Tampa has been constantly changing, and today it is one of the pearls of the Gulf of Mexico. 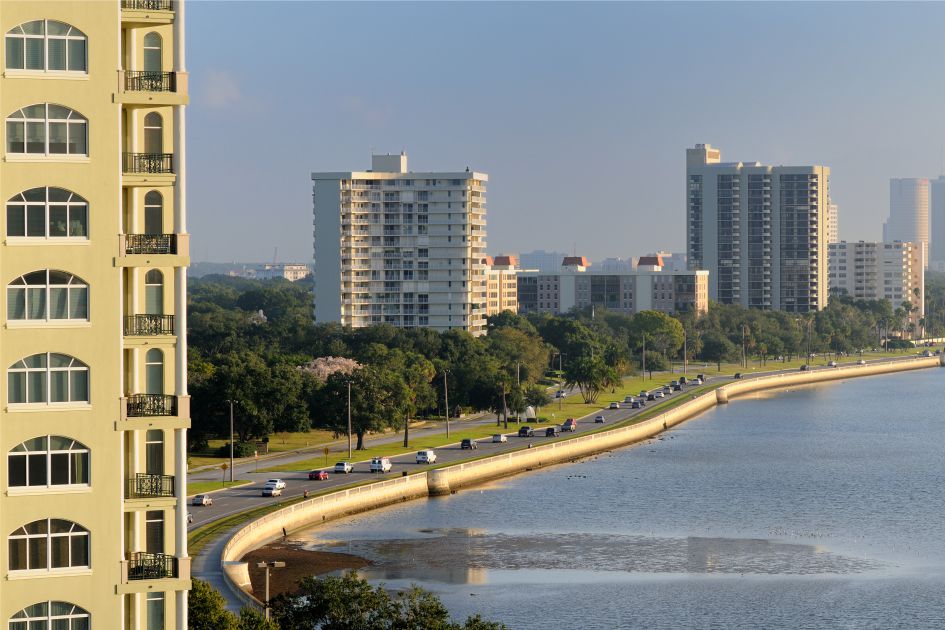 Florida became a US state in 1845, and four years later the settlement of Tampa was registered, with 187 inhabitants. Geographical isolation hampered its development, but in 1883 phosphates were discovered here and a railway was built. The outlying town and its trading port are growing so rapidly that the tobacco magnate Vincent Martinez Ybor is moving his factory here.

From that moment on, the history of Tampa is closely associated with the production of Cuban cigars: 200 factories, 12,000 workers, 700 million units a year. Cigars are produced in Tampa to this day, and the name of the far-sighted businessman is the central quarter. 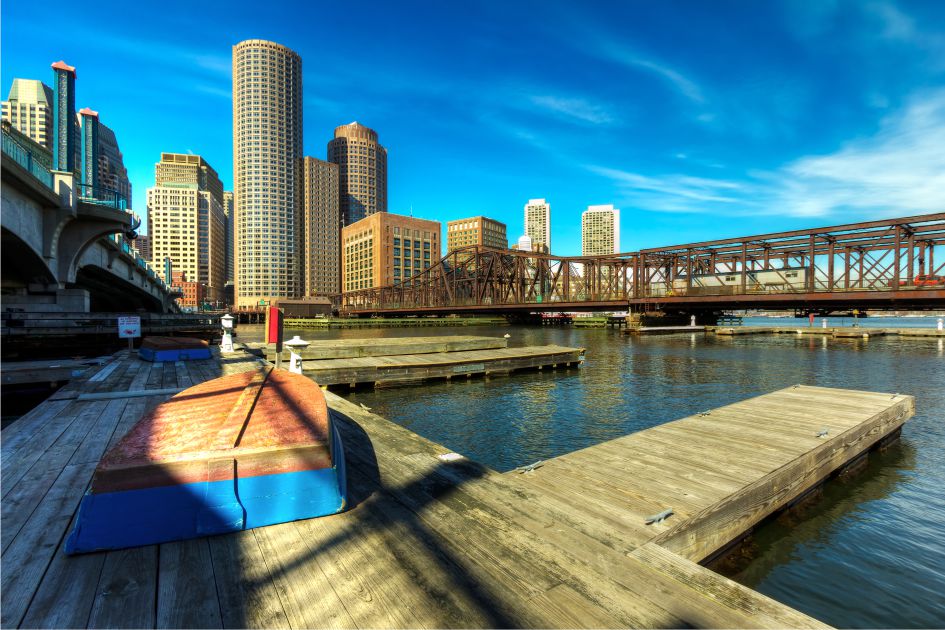 Ybor was once a working settlement for immigrants. Today it is a charming, lively area with a strong personality. For its distinctive past and architecture, the quarter was declared a cultural heritage. Its characteristic features are low-rise red brick houses, an old tram and rounded signs from the 50s.

Seventh Avenue in this retro paradise is one of America's 10 Famous Streets, lined with shops, eateries, teahouses, outdoor fairs and street performances. Here you can also look into immigration and tobacco museums, wander through art galleries, and also meet free roosters and hens — descendants of runaway poultry.

Theme parks are the right way to maximize positive emotions in the shortest possible time, for adults and kids. In Busch Gardens, you can ride roller coasters, watch animals in their natural environment, and watch exciting circus and variety acts.

In the Oceanarium, after watching the marine fauna, you can sign up for diving in an aquarium with scuba diving, swimming and yachting side by side with dolphins and feeding the penguins. The expansive Lowry Zoo is renowned for its educational hands-on classes and fun rides. 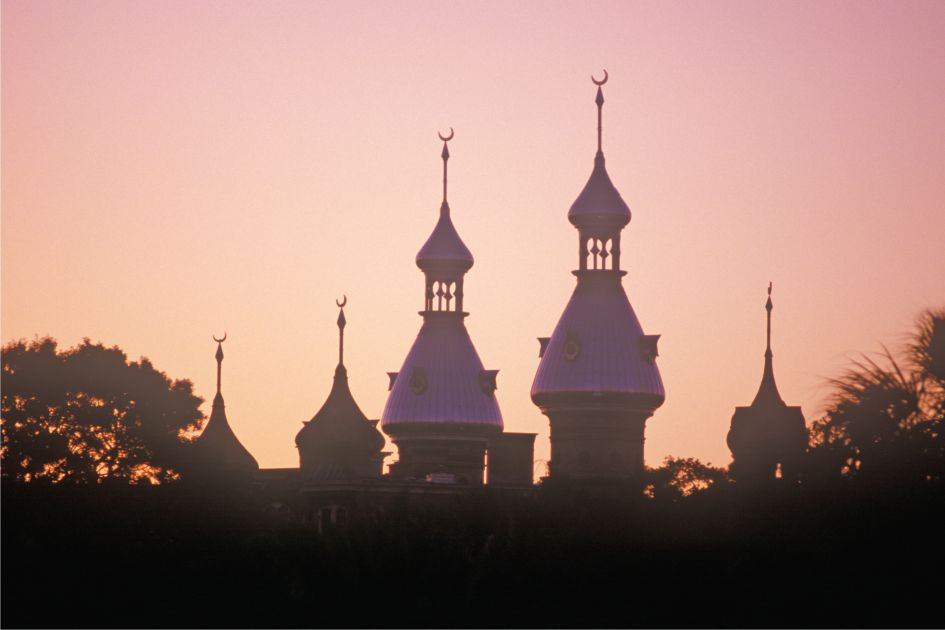 This resort has many unique hiking trails. The Riverwalk is a walking trail along the waterfront, with fifteen stops at major and minor attractions in Tampa. The Art Tour is organized by the city hall, which has a collection of more than fifty objects of contemporary art.

The municipality exhibits them in the open air, and these free galleries add color and expressiveness to the urban space. Also, the original sea promenade can be made on the deck of a warship — the American Victory Museum.

For fans of rollerblades and bicycles, there are six special trails — Greenways, which cross squares and embankments. For jogging enthusiasts, there are 14 directions — trails, also lying in green areas.

January is the month of corsairs. The Gasparilla Festival is dedicated to pirates and is very popular. At this time, the main avenues are full of costumed parades, performances and shows are staged on open stages, and colorful pavilions are set up in the Palace of Congresses, famous for its scale. In April there is a dragon boat rowing competition, Dragon Race.

The founder and organizer of the races, Mike Kerkmann is a real fan of this unusual sport with origins from China, where the boat battle was part of the ritual of worshiping the dragon, which awakens from hibernation in the spring. In October, Gawauin, Halloween with Spanish motives are held, and in November, people from all over the country gather in Tampa for the colorful celebration of the Latin American culture of Conga Caliente. 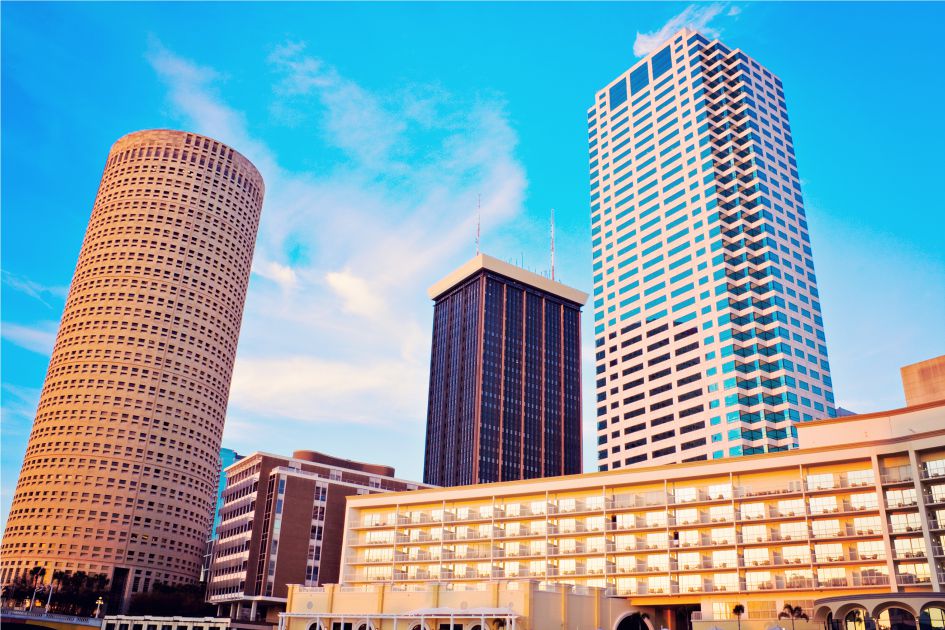 The nightlife with artistic light installations in the center is very spectacular. The evening is a great excuse to visit the bars and restaurants in Downtown. The dynamic Hyde Park Cafe always has an incendiary atmosphere, you can listen to comedians of the stand-up genre in the Improv, and enjoy live music in Ferg Life. With a five-level dance floor, eclectic dance rhythms and a panoramic rooftop bar, the Prana Club is always at the peak of popularity.

Book the most interesting excursions only in American Butler!
Оставить заявку
See also
St. Petersburg City Tour
Features and history of the American St. Petersburg Among the variety of proposals is the city of St. Petersburg in Florida. The task of the traveler is to choose a worthy tour operator who will help… Read more
Sarasota City Tour
Postcard Beaches — Sarasota The territory passed from the Spaniards to the British, then back to the Spaniards, and finally was finally assigned to the young American state in 1819. Indian reservations… Read more
Tallahassee city tour
On the largest hilltop, the center of Tallahassee is equipped along with the Capitol. Beautiful lakes Jackson and Lafayette are located within the city limits. But its main feature is the national natural… Read more
Sightseeing tour of Fort Lauderdale
Features of the city of Fort Lauderdale in Florida Fort Lauderdale is home to the headquarters of the most prominent American automobile corporation, AutoNation. One of the major business centers provides… Read more
Decorated Christmas Cities
Читать еще
Buy car in the USA
Читать еще
Al Capone Story
The world is full of atrocities at all times, but the 20s years of the 20th century became the most cruel and riotous for America. But the times of Prohibition and the Great Depression turned out to be… Читать еще
Waterview restaurants in Miami
Do you want to enjoy lunch or dinner in one of the best restaurants in Miami, but a beautiful view of the sunset or the water is a very important criterion. Read our article about a dozen restaurants… Читать еще
Tampa city tour 5 1 0 0
Sharing: