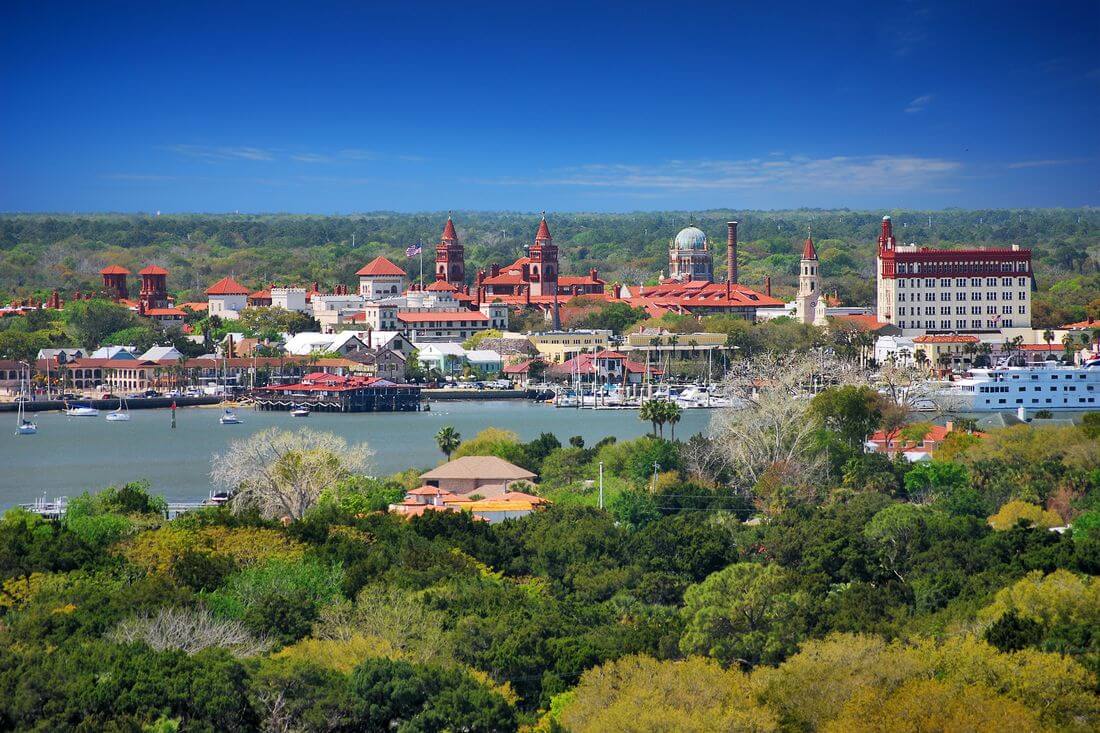 St. Augustine is a famous city in Florida, considered a corner of Spanish tenderness and a good life, even by the standards of a developed state. Together with American Butler, you can visit this cozy city, take interesting excursions, just have a good rest, take a dip in the warm harbor and walk along the cozy streets of St Augustine, learn a lot of new and interesting things.

What is this amazing city built by the very first in America? 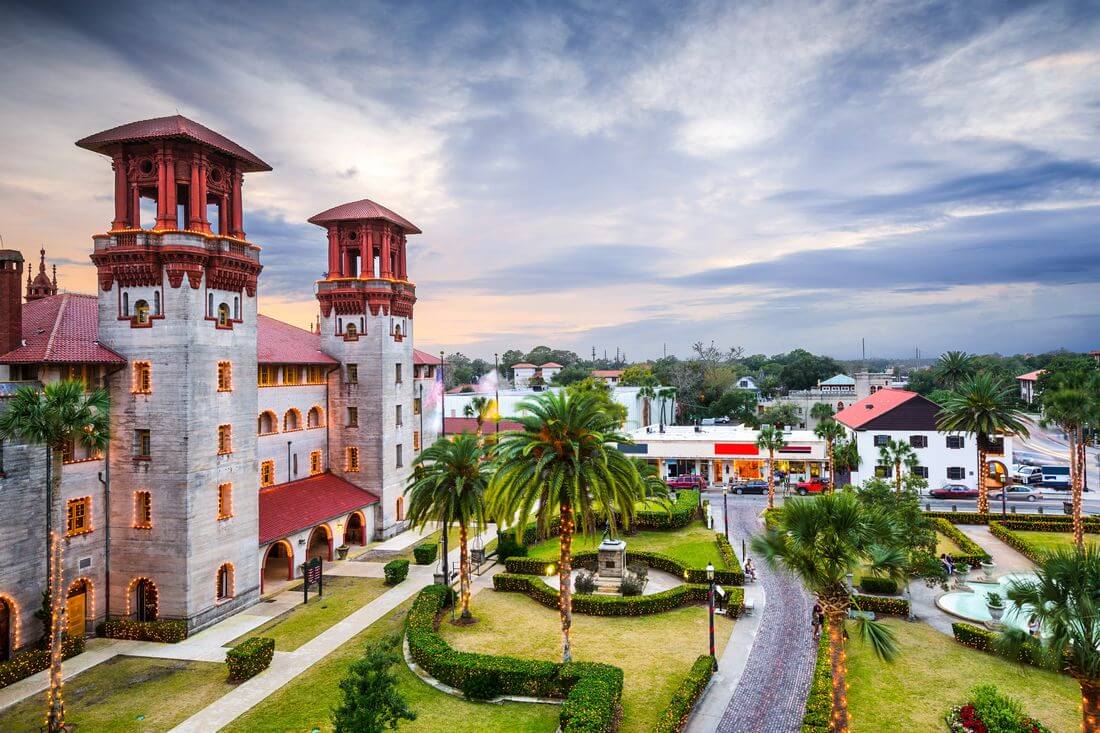 As early as the 15th century, the ever-young and beautiful city called St. Augustine appeared on the maps. This is the central city in the small county of St Johns, which has many lands, but only about three thousand inhabitants.

This city became the first city of America. In 1513, Juan Ponce de Leon, the navigator, landed here in search of the legendary source of eternal beauty and youth. He gave the found land the name "Florida" — blooming, later the state received such a name. Pedro Menendez de Avile, the Spanish admiral sent to defend against the French by the government, founded the fort here in 1564, which later became the city of St. Augustine.

St. Augustine is located on an island off the coast, and in its reliable harbors, any ships will find salvation from the storms and wind that is rampant in this unfriendly part of Florida. Traditionally for cities languishing in the tropical heat, the streets of St. Augustine are rather narrow.

The sea wind walks through the streets, and the climate is mild and comfortable. That is why St. Augustine in the United States is similar to Menton and Nice in the depths of France, basking in the comfort of Provence. Residents of the city itself live mainly in blocks near the harbor, and the suburbs with rare huts look lonely and abandoned.

On weekends and holidays, diverse people fill the streets: Creoles, Indians, nuns and priests, mulattos and English true ladies with gentlemen. We must not forget about local markets, crowded with food — fresh meat and vegetables, various fruits of the tropic and other products are so inexpensive that living here is a pleasure.

Saint Augustine Attractions and Things to Do in the City 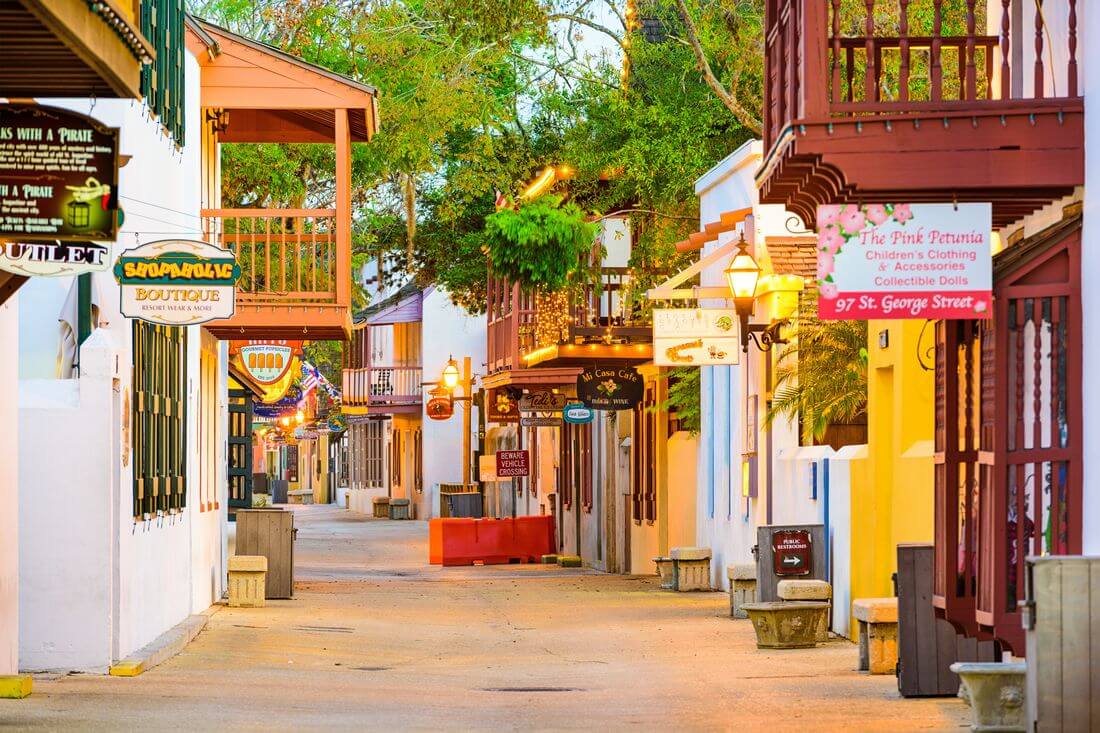 The main pleasure of St. Augustine is walking, and for good reason: the city is amazingly beautiful. The central part is very reminiscent of Spain: there are always lattices on all windows, each homeowner will definitely have a patio — a small courtyard inside surrounded by delicate columns, intricate balconies seem to compete with the roofs in the complexity and beauty of stucco ornaments and decorations.

Excursion to the first city in America from Miami

The famous and reliable company American Butler invites you to visit this resort, admire the architecture and enjoy the fresh sea breeze, visit local museums and just take a walk along the small streets of the city.

With us you don’t have to take care of the details: the company will completely take care of organizing the holidays. American Butler — quality relaxation and reasonable prices.

Book the most interesting excursions only in American Butler!
Оставить заявку
See also
Tour to the Kennedy Space Center
A trip to Cape Canaveral will show the events of 50 years ago and allow you to try to experience personally the sensations of astronauts during the take-off of the space shuttle. Unfortunately, experiments… Read more
Excursion to Universal Studios
Features of the entertainment center Now the Studio Universal complex is owned by NBCUniversal and is dedicated to the theme of cinema and show business. Every visitor finds something interesting here.… Read more
Miami Private Schools Tour
When planning a move with children to Miami, you should think about the school in advance. Education in the USA has always been considered prestigious, therefore, in order to provide a basis for further… Read more
Excursion to Naples
But this town can easily break uniqueness records in several categories at once: Do you dream to admire the most fantastic nature of North America? Do you want to find yourself in the only city in the… Read more
10 traffic rules in the USA
You came to the US and wanted to rent a car, but you doubt the knowledge of the rules of the road in another country? It's okay, there is a way out. Read tips from American Butler! Читать еще
How does recycling work in USA
10 years in prison for dumping trash? Easily, if you threw the packaging from under the laundry detergent in the tank for food waste. More recently, Americans did not want to dig in the trash, but now… Читать еще
John D. Rockefeller
Читать еще
American cuisine
Who said that apart from fast food in America, there is nothing to eat? All this is bullshit, American cuisine - the most diverse, nutritious and interesting in the world! One name for the tex-mex direction… Читать еще
Excursion to St. Augustine 5 1 0 0
Sharing: