Tour to the Kennedy Space Center 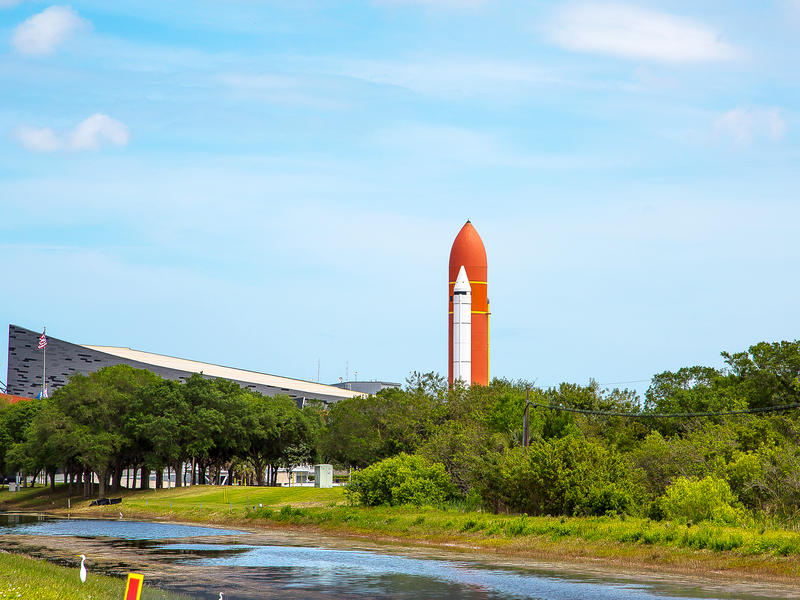 The specialized Kennedy Space Center was created as part of an educational and outreach program. Perhaps we know more about space. But there is no access to real space objects in Russia, except for the Cosmos pavilion at VDNKh.

A trip to Cape Canaveral will show the events of 50 years ago and allow you to try to experience personally the sensations of astronauts during the take-off of the space shuttle. Unfortunately, experiments with shuttles have now been suspended, although the idea of ​​a space shuttle with the possibility of a manned multiple launch is brilliant and very promising. 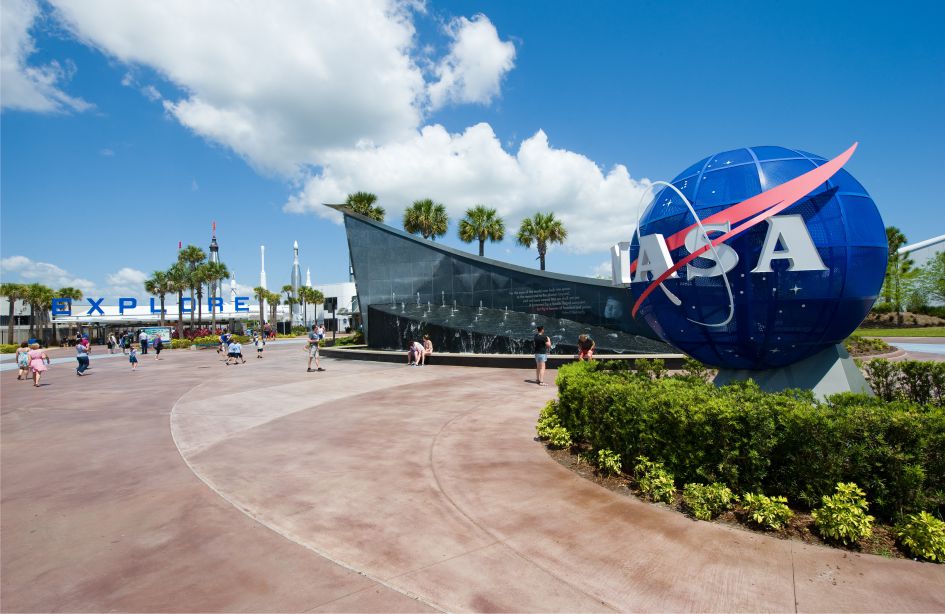 Excursion to the NASA Space Center

We are all at least a little raving about space and dream of interstellar flights. The words satellite, moon rover and Gagarin unchanged entered hundreds of languages ​​of the world. For several decades to the question of who you want to become, millions of boys and girls answered - "astronaut!". And it was true and real, a real dream. Not everyone knows that NASA's Space Center at Cape Canaveral opened the door for free visits.

Perhaps the story of the first people on the Moon is just a legend and a spectacular pavilion shooting by the brilliant Kubrick. But America, like the USSR, has its own, very real cosmic history. And the lunar regolith in the laboratories is quite real. Maybe it was brought by automatic modules, or perhaps it was true, the corrugated boots of American astronauts touched the dusty lunar soil, leaving traces in the history of mankind.

Excursion to the island of Merritt allows you to touch the American part of the history of space exploration.

An entertaining and educational program is offered for excursions at the cosmodrome. You can watch video launches and a unique thematic selection of works in space, watch the stocks for vertical assembling of missiles and existing equipment. Particular attention is paid to the Apollo space program and the docking of the Soyuz-Apollo spacecraft, the international space station and the real work of astronauts.

The “shuttle start” attraction imitates overloads, the view from the porthole and even moments of weightlessness with maximum precision. The attraction lasts 12 minutes and the astronauts, who happened to experience a real take-off on the shuttle, confirm its realism. 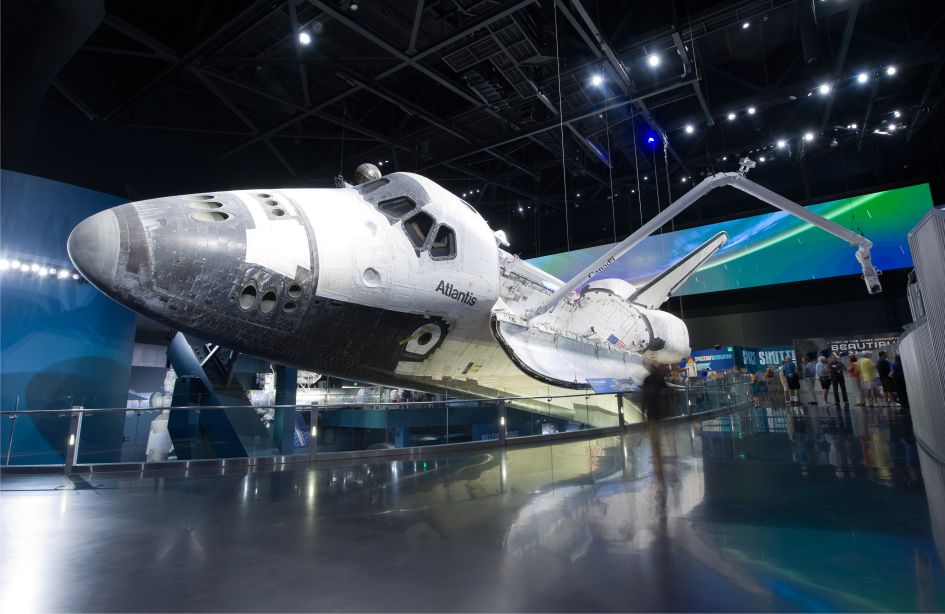 What to see on the tour: the museum and attractions

There are 8 real space rockets on the field as a visual aid illustrating the development of engineering ideas in the field of space rocket production.

Cape Canaveral’s cosmodrome is located on the Atlantic coast, about 3 hours from Miami. There are a lot of objects for close examination, a lot of things are allowed to touch.This is a great and unforgettable experience.

Pay attention, the spaceport operating. You can become a real witness to the launch of rockets from the launch pad. What is especially pleasant is the professionalism of the guides, who are ready to talk about Tsiolkovsky, show additional materials, explain real engineering solutions. 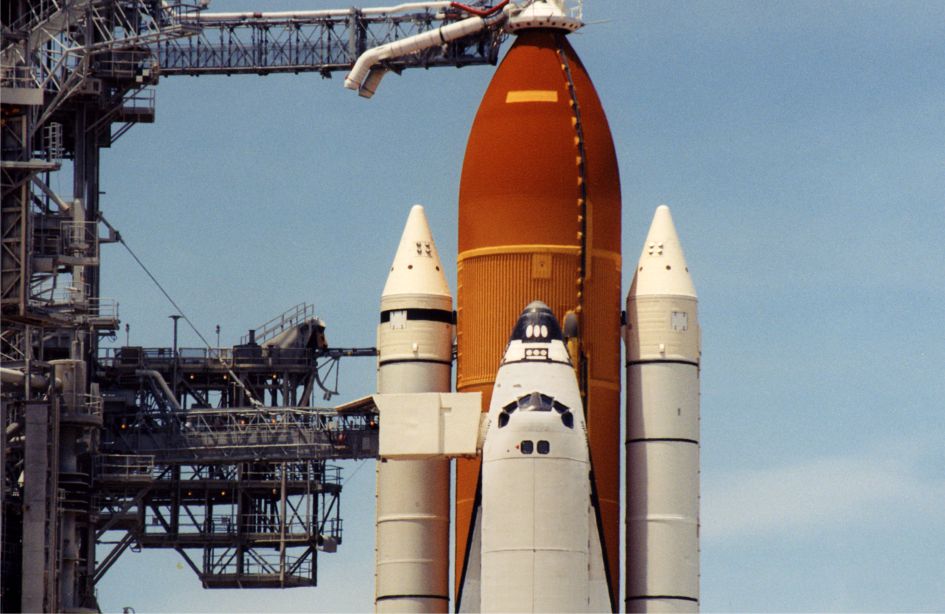 A car trip to Cape Canaveral, where the NASA Space Center is located, will allow you to visit the only cosmodrome in the western hemisphere and see the history of space exploration with your own eyes.

Excursion to Cape Canaveral includes a visit to a unique exhibition complex at the cosmodrome. Your attention will surely be attracted by 8 rockets that clearly demonstrate the development of US space programs. Here you can even sit in the exactly copied Shuttle and feel like a real cosmonaut.

The tour will take place near the famous launch pad LC-39, from which all the shuttles were launched. Then the bus takes you to the Apollo-Saturn-V Center, where the most powerful lunar rocket Saturn-V is demonstrated. In the Museum of Cosmonautics, you can hold in your hands a piece of the red planet. You will have a chance to feel the force of gravity on the training simulators in the Astronaut Museum.

Transfer to the station "Mir" in the team of astronauts will help watching movies in three-dimensional format in the cinema IMAX. A trip to NASA Space Center, which is a closed area, will leave an unforgettable impression.

Book the most interesting excursions only in American Butler!
Оставить заявку
See also
Excursion to Universal Studios
Features of the entertainment center Now the Studio Universal complex is owned by NBCUniversal and is dedicated to the theme of cinema and show business. Every visitor finds something interesting here.… Read more
Miami Private Schools Tour
When planning a move with children to Miami, you should think about the school in advance. Education in the USA has always been considered prestigious, therefore, in order to provide a basis for further… Read more
Sightseeing tour of Fort Lauderdale
Features of the city of Fort Lauderdale in Florida Fort Lauderdale is home to the headquarters of the most prominent American automobile corporation, AutoNation. One of the major business centers provides… Read more
Excursion to St. Augustine
History of St. Augustine As early as the 15th century, the ever-young and beautiful city called St. Augustine appeared on the maps. This is the central city in the small county of St Johns, which has… Read more
10 traffic rules in the USA
You came to the US and wanted to rent a car, but you doubt the knowledge of the rules of the road in another country? It's okay, there is a way out. Read tips from American Butler! Читать еще
Dental treatment in the USA
Читать еще
American writers
Читать еще
Fast food in the USA
What do you know about fast food? Probably that they do not need to get involved. And rightly so, but in fact the question is much more interesting. Argue that we will break at least 3 stereotypes right… Читать еще
Tour to the Kennedy Space Center 5 1 0 0
Sharing: