Anna Maria Island is a barrier island along the Gulf Coast of Florida, about an hour from Tampa Airport. Families from all over the world come here to enjoy the beaches, atmosphere and weather. 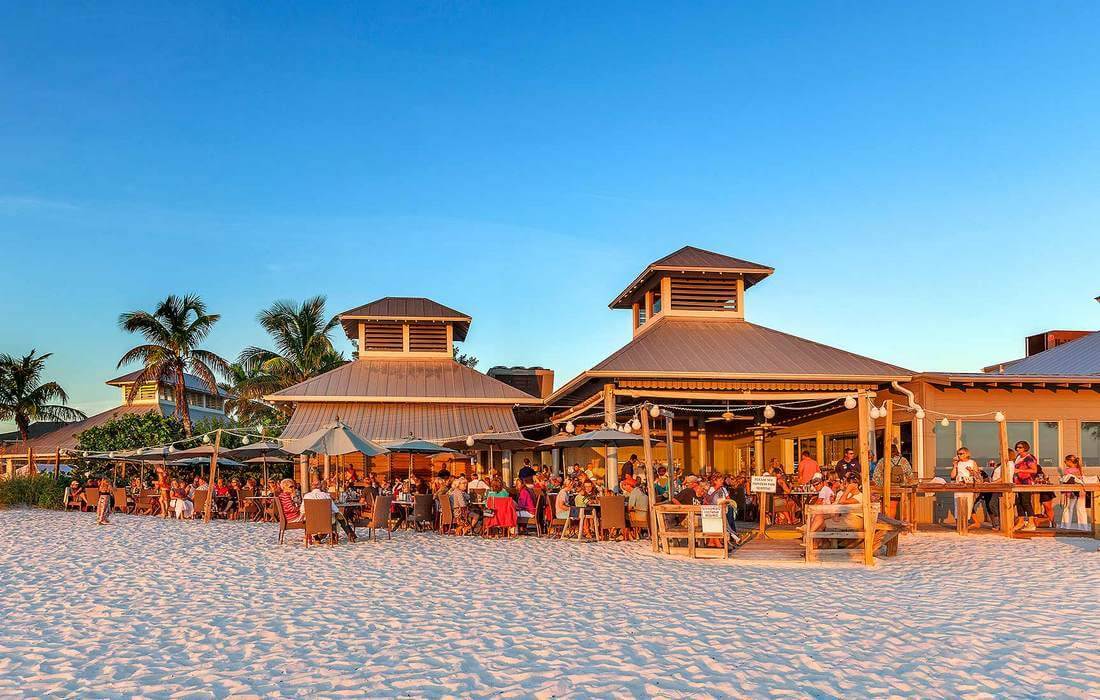 The island was first settled in 1893 by George Bean, who settled with his family on the northern point of the island. This was the starting point for the development of the island. Soon after, George’s sons began to develop plans for the construction of the resort.

In 1907, a man named Jack Holmes arrived on the island. He worked on the construction of the East Coast Railway. This visit has had a great impact on the community. By 1911 The first brochures promoting the island as a resort town were created. Built a hotel, restaurant, bath and freshwater artesian wells with "healing properties".

To get to the island, at that time it took two trips by ferry, from Tampa it would take a day. By 1922, the first bridge was built from the fishing village of Cortes, and in 1926 - the bridge connecting Anna-Maria with the town of Longboat Key.

By 1934, Jack Holmes returned to the island of Anne-Maria, to live there permanently. Jack began to manage personal residences and collected rent payments.

After World War II, Jack acquired 350 acres of land. for the development of the beach community Holmes Beach. By 1951, Holmes Beach had grown into a full-fledged city, where 180 houses were built in a year.

The rapid pace of development of the city continued during the 50s and 60s. By 1965, Holmes Beach had 3,000 inhabitants living here. 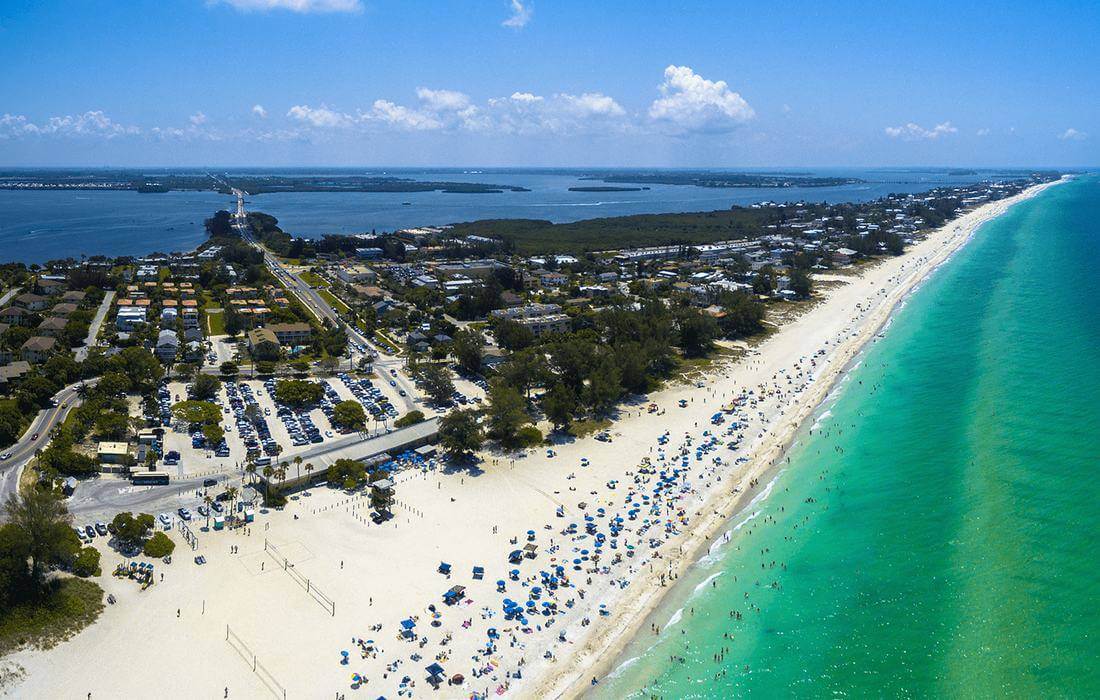 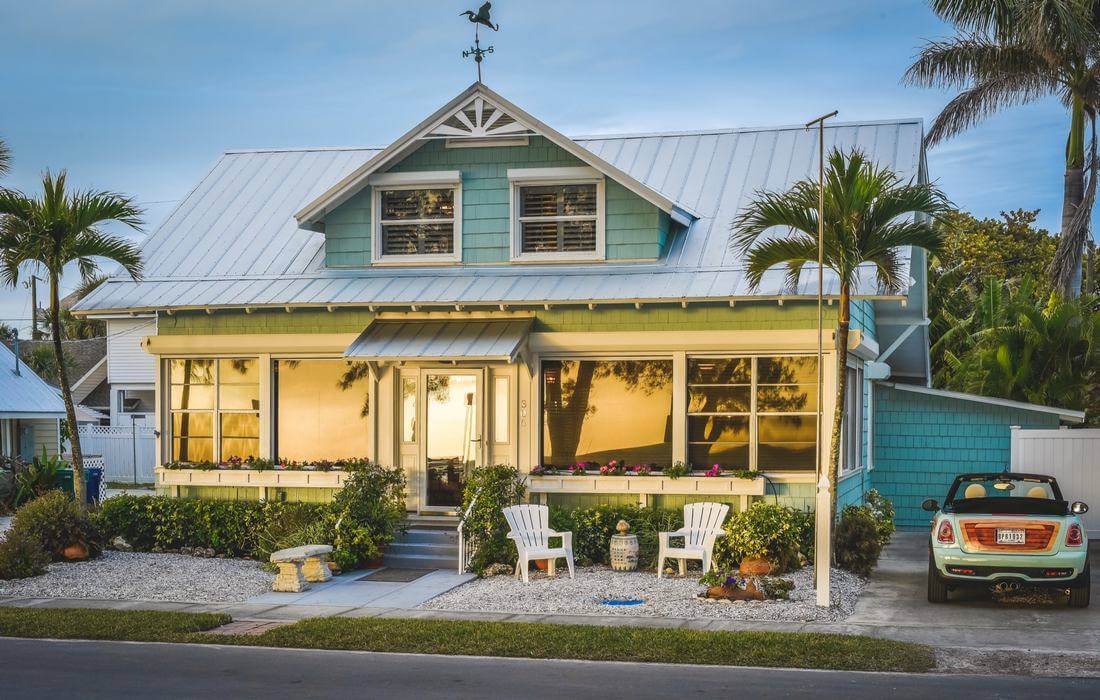 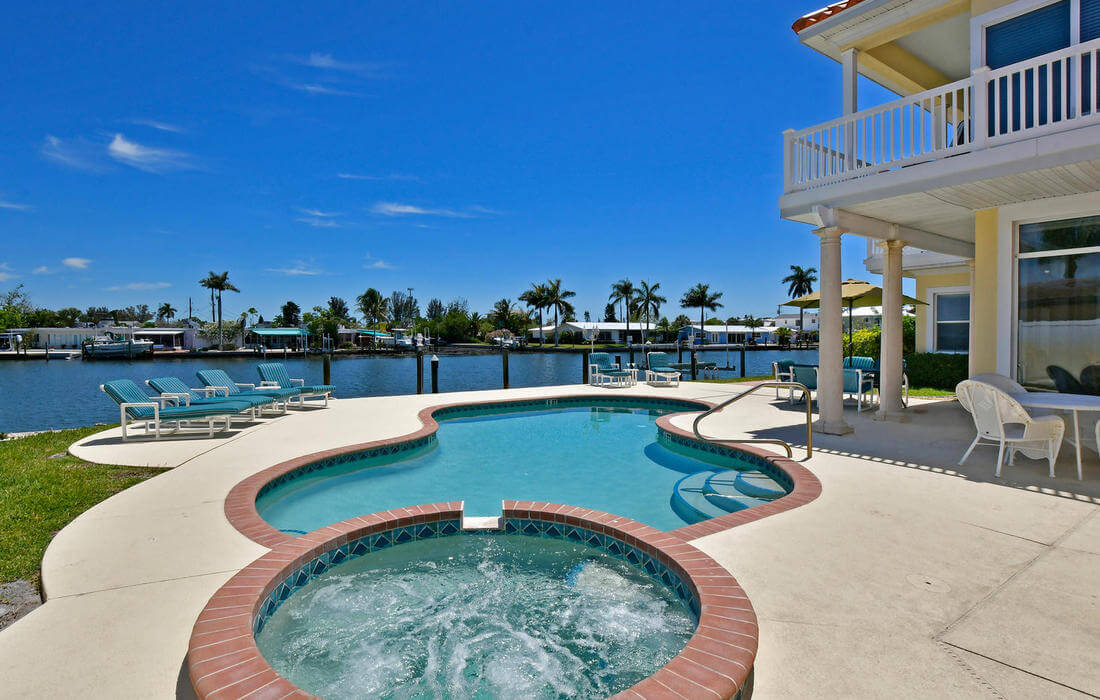 This is the best way to discover the island in all its glory. Calm areas, immaculate landscaping and massive majestic trees immerse themselves in the island’s slow lifestyle.

In addition, due to the influx of tourists, on some days you can get from one side of the island to the other faster by bike than by car. Another great alternative is to rent a golf cart.

Walking along the beach at night is as amazing as daytime. Since the island of Anna Maria has very little urban light, at night you can easily see the starry sky. Take a blanket or towel with you, make yourself comfortable and look for constellations you didn’t suspect.

What is a bean point you ask? This is the northernmost part of Anna Maria, where the Gulf of Mexico meets the Tampa Bay, and the observation deck overlooks the endless miles of turquoise waters.

While dining outside on the porch of Rod and Reel, you can see dolphins, stingrays, and schools of fish. On the food side, this is also a curious restaurant. Among the dishes: a giant fillet of fresh grouper, cooked to your taste on a toasted bun, served with a side dish and clam soup.

This is a crowded place, popular with tourists and locals, so you have to stand in line. I do not like to wait? Then visit this place during off-hours for a better impression.

What you will find: Olive oils, spices and fine cheeses are sold in Olive Oil Outpost. And in the Pink and Navy clothing store you will find both new and used wardrobe items.

What you will not find: low-grade tourist shops, full of tasteless beach clothes or kitschy souvenirs.

The old city prison was used as a place where the islanders, drunk in a local tavern, went to sober up. The fire destroyed the wooden roof in the 1940s, so it was no longer used, but the rest of the structure was preserved.

This is a good way to add some friendly competition to your trip. Every evening in the restaurant there is a competition for someone who can guess the exact time of the sunset. The winner leaves with a bottle of champagne.

Do you want to visit the island of Anna Maria? Then contact American Butler - we will arrange a tour for you and organize a vacation.
Send a request
Also read
Siesta Key
Siesta Key is a small, relaxing beach town in Florida. Here you will visit museums, circus, musical performances, theaters, film festivals, botanical gardens and get acquainted with wildlife. Read more
Marco Island
It is incredible to realize that the Marco Island was previously sparsely populated and undeveloped. How did it happen that this boggy island covered with mosquitoes turned into the pearl of Florida? Read more
Ten Thousand Islands
National Park Ten Thousand Islands - a group of islands in length 97 kilometers and an area of 140 km ². More than 39 million people visit the islands each year to enjoy views of the marshes, ponds,… Read more
Amelia Island
The island of Amelia, located near the coast of northeast Florida, is easy to reach, but hard to forget. 13 miles of beaches, wildlife and pristine waters - this barrier island rightly became a favorite… Read more
10 traffic rules in the USA
You came to the US and wanted to rent a car, but you doubt the knowledge of the rules of the road in another country? It's okay, there is a way out. Read tips from American Butler! Читать еще
How to get a mortgage in the US
Planning to buy property in the US, but you do not have enough money to buy a long-awaited home? You can ask for a mortgage loan in one of the US banks. In order to know all the conditions and rates,… Читать еще
Who is Elon Musk
Do you know who Elon Musk is, where he grew up and what does he do? What has he done useful and what plans to achieve? Read more in the article about one of the most famous entrepreneurs of our time. Читать еще
Miami Design District Dining
After decades of decline, Design District has gained fame as a place for art, design and fashion. There are more than 130 art galleries, exhibition halls, creative services, architectural firms, luxury… Читать еще
Smoking in the USA
Smoking is the bad habit that infected the whole world from America. But modern Americans themselves are not particularly loyal to smoking. How it happened, let's try to figure it out. Читать еще
Atchafalaya Basin
The Atchafalaya Basin is the largest river swamp in the country, containing almost a million acres of bottom hardwood, marshes, flood and swampy lakes of America. The pool begins just outside Simmesport… Читать еще
Mount Charleston
The view of the snow-capped mountains seems a bit surreal when Las Vegas still feels the warmth of the desert sun. At 11,916 feet above sea level, Charleston Peak is covered in snow for more than six… Читать еще
Comic-Con International
Comic-Con is an exhibition that educates people about pop culture. The bet is on comics and related art forms. Organizers support public presentations and exhibitions on the historical contribution of… Читать еще
Anna Maria Island 5 1 0 0
Sharing: