The island of Amelia, located near the coast of northeast Florida, is easy to reach, but hard to forget. 13 miles of beaches, wildlife and pristine waters - this barrier island rightly became a favorite place for residents.

Native Americans settled on the island of Amilia at the beginning of the XI century. The island they gave the name Napoyka.

In 1562 a French explorer Jean Ribot landed on the shore. He called the island of Isle de Mar. Three years later, Spanish troops led by Pedro Menendez de Avilés drove the French out. They killed Ribot and 350 French colonists. 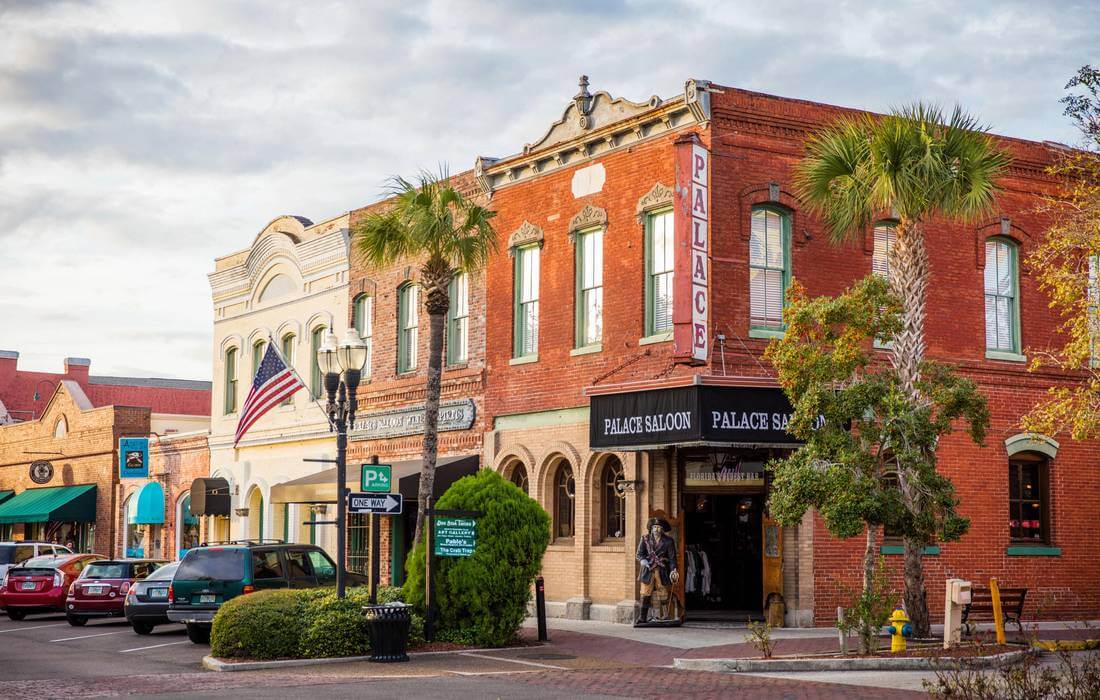 In 1573, the Spaniards renamed the island once again - Isla de Santa Maria. The locality was finally settled in 1685. But you do not think that this is all over? The British raiders came and destroyed the city in 1702.

James Oglethorpe, founder of Georgia, explored renamed the island to Amelia Island (what, again?) In honor of Princess Amilia, daughter of King George II of England.

The English flag was raised in 1763. During the American Revolution, Amilia became home to the English Loyalist party, who fled from the colonies.

In 1783 Spain again captured Florida. The harbor has become a smuggling center for slaves, liquor and foreign luxury goods.

In 1817 Scotsman Gregor MacGregor seized the island. He raised his flag of the Green Cross of Florida, which became the fifth flag of the island. In the same year, after McGregor had already left, the pirate Louis Auri sailed with his armada from three ships to the harbor. Three days later he raised the flag of the Republic of Mexico and declared himself ruler of the island. As you can see, Amilia was a tasty morsel for almost the whole world.

Finally in 1821, the United States took control of the territory. The island became a prosperous place: the emphasis was on shipping and tourist trade. It was the home for the first customs in the United States. The oldest newspaper in Florida was also founded there. 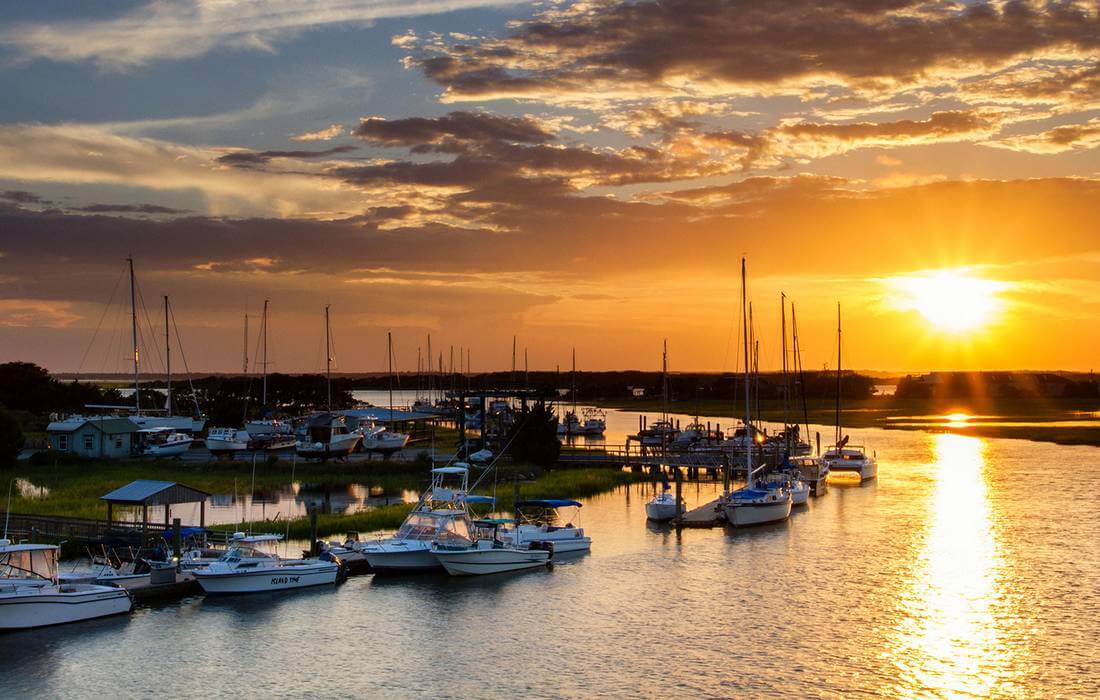 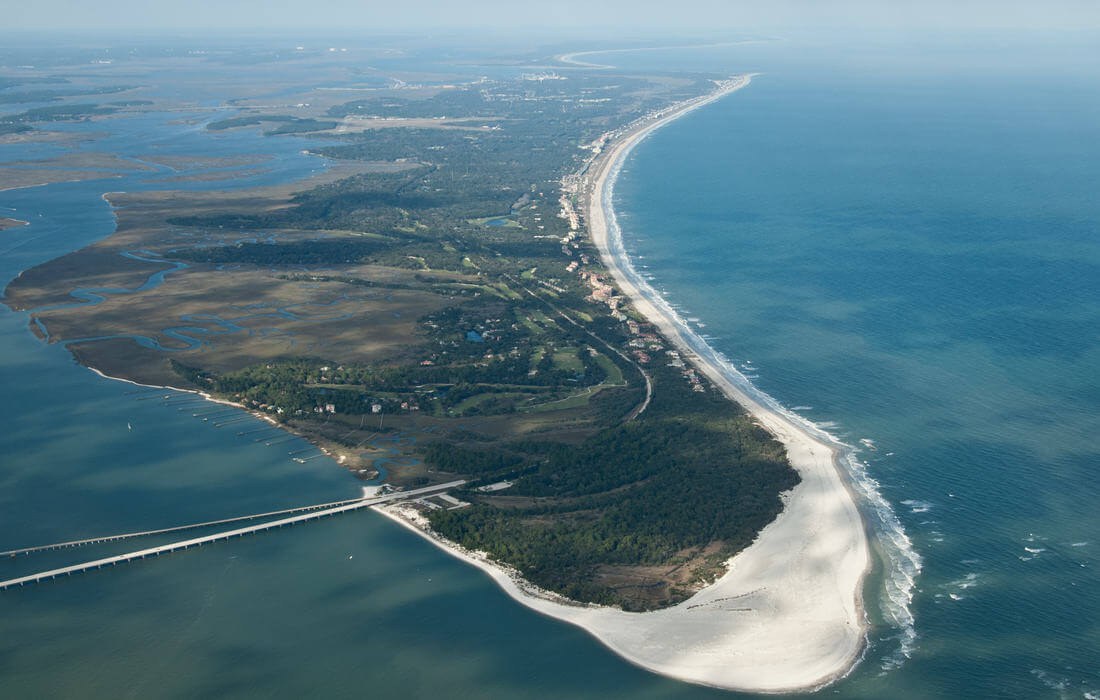 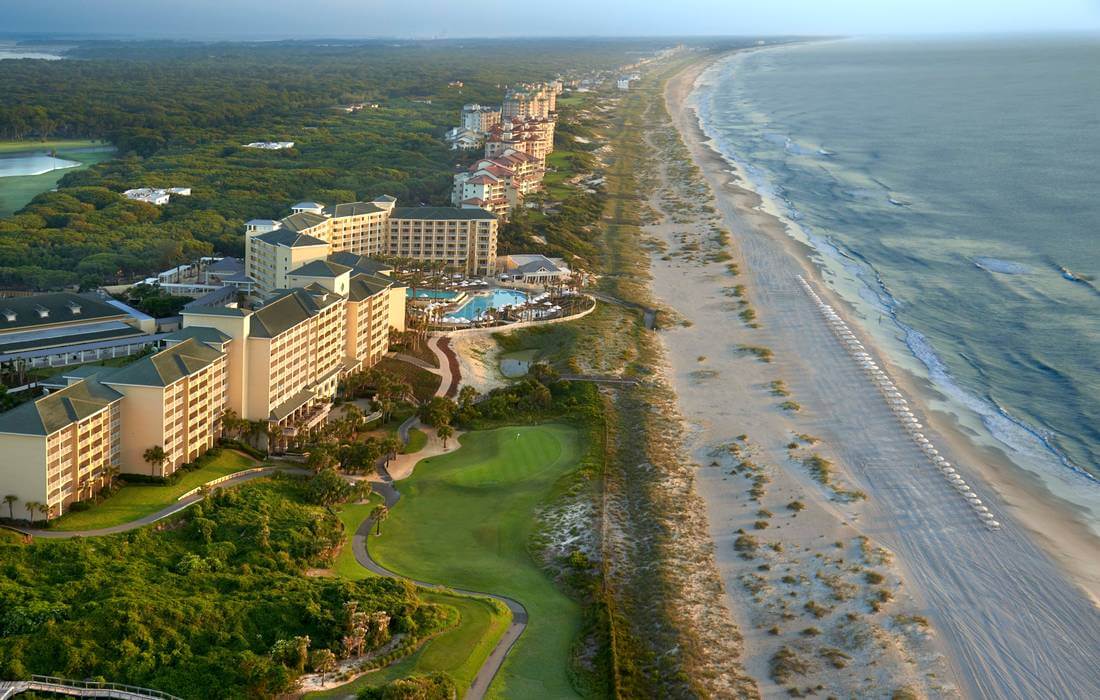 The largest state park of the island offers a tour of the fortress of the Civil War and see the amazing views of the embankment.

The park has a half mile fishing pier, access to the beach, walking / cycling routes, camping and picnic tables.

Guests can walk at their own pace at the numerous shops, restaurants, pubs and art galleries, which are within walking distance of each other.

A trolleybus tour of the main attractions and guide stories about local history are available. Enjoy a ride on a horse-drawn carriage in the historic center.

In the museum you can find out the history of the historical past of the island under eight flags. In addition to exploring the exhibits, there are walking tours of the city center. Visit the museum site for more information on excursions.

One of the oldest attractions is the lighthouse, located high on the Egans Creek. It was built in the middle of the XIX century. If you want to explore this place, book a tour through the Fernandina Beach Recreation Center. The tour is held only two days a month - on the first and third Wednesday at 10am. The cost of the tour is $5 per person.

Visit Amelia Island and other barrier islands of Florida - it will be an unforgettable adventure. Will help make the desired travel agency American Butler - call!
Send a request
Also read
Anna Maria Island
Anna Maria Island is a barrier island along the Gulf Coast of Florida, about an hour from Tampa Airport. Families from all over the world come here to enjoy the beaches, atmosphere and weather. Read more
Siesta Key
Siesta Key is a small, relaxing beach town in Florida. Here you will visit museums, circus, musical performances, theaters, film festivals, botanical gardens and get acquainted with wildlife. Read more
Marco Island
It is incredible to realize that the Marco Island was previously sparsely populated and undeveloped. How did it happen that this boggy island covered with mosquitoes turned into the pearl of Florida? Read more
Ten Thousand Islands
National Park Ten Thousand Islands - a group of islands in length 97 kilometers and an area of 140 km ². More than 39 million people visit the islands each year to enjoy views of the marshes, ponds,… Read more
Where to ski in the USA?
Читать еще
Buy car in the USA
Читать еще
Who is Elon Musk
Do you know who Elon Musk is, where he grew up and what does he do? What has he done useful and what plans to achieve? Read more in the article about one of the most famous entrepreneurs of our time. Читать еще
French Restaurants in Miami
The French know no boundaries when it comes to expressing love. It can be seen not only in words, but also in cooking. While in Miami, take a look at one of the restaurants on this list: Palme d'Or at… Читать еще
Hoover Dam
Hoover Dam is one of the highest dams in the world, and at the same time a powerful hydroelectric power station. Tourists and residents come here to see the incredible scale of construction, go boating,… Читать еще
Craft Contemporary
Craft Contemporary is a building with more than half a century of history, a gallery of folk art. Since Los Angeles has become an important international art center, the Museum of Crafts and Folk Art… Читать еще
Amelia Island 5 1 0 0
Sharing: