When we say “sight ”, we usually mean some kind of museum, park or historic building. Don't you want a prison on the island?

Prison Alcatraz called American Siberia. And there are several reasons for this, but more on that later. In the meantime, let us see what is unique about this place and why it’s definitely worth going on a tour. 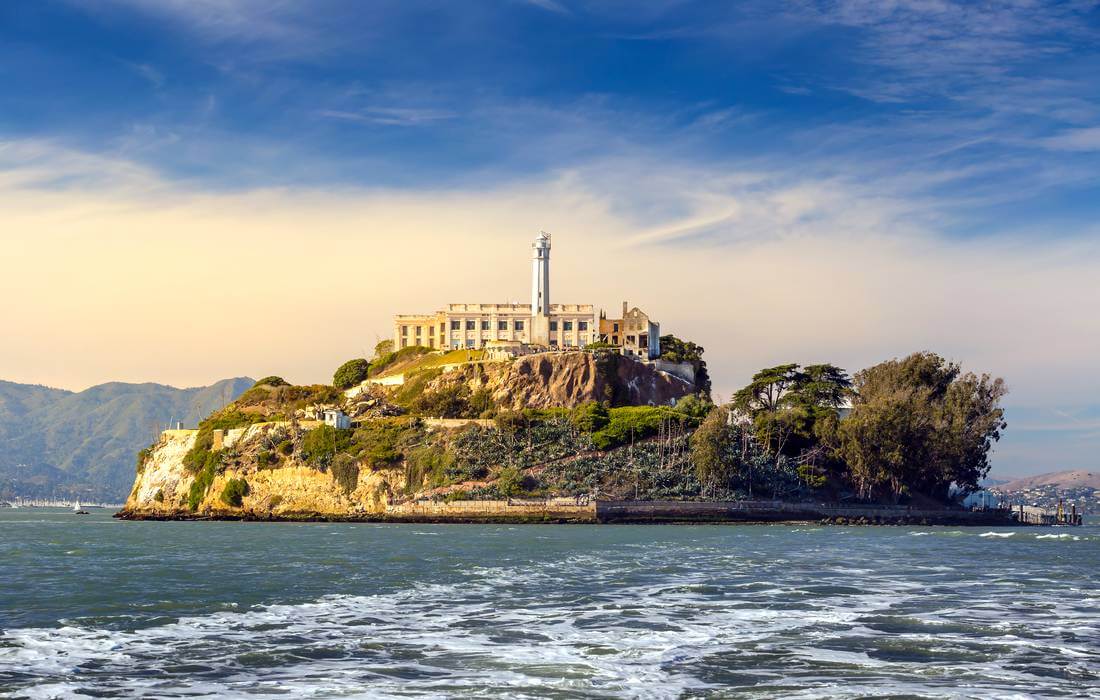 Alcatraz was originally called the island itself, on which the prison-fort was located in the future. At the end of the 18th century, the Spanish colonialists discovered this island and called it the land of pelicans. It sounds very harmless, but nevertheless, the buildings there did not differ in pacifism.

In 1848, a gold rush broke out in San Francisco. The population began to grow exponentially, and with it appeared the threat of attacks on the city. Only the fame of gold was spread throughout the world, and not about the real difficulties in its mining. Then, from the two ports of San Francisco and Alcatraz Island, it was decided to make protective forts.

Especially they counted on the island - an excellent overview opened from it, and active currents did not allow to approach it quickly, which gave a head start. They brought a whole mountain of cannons to Alcatraz and built fortifications, which, fortunately, were never used for the intended purpose.

By the end XIX century about the threats of external thinking ceased, but on the internal seriously attended to. The fort on Alcatraz set to serve as a disciplinary barracks for the guilty soldiers in the army. The glory of Alcatraz as a place without exit spread far beyond California. The first fort was demolished and rebuilt - already as a prison. 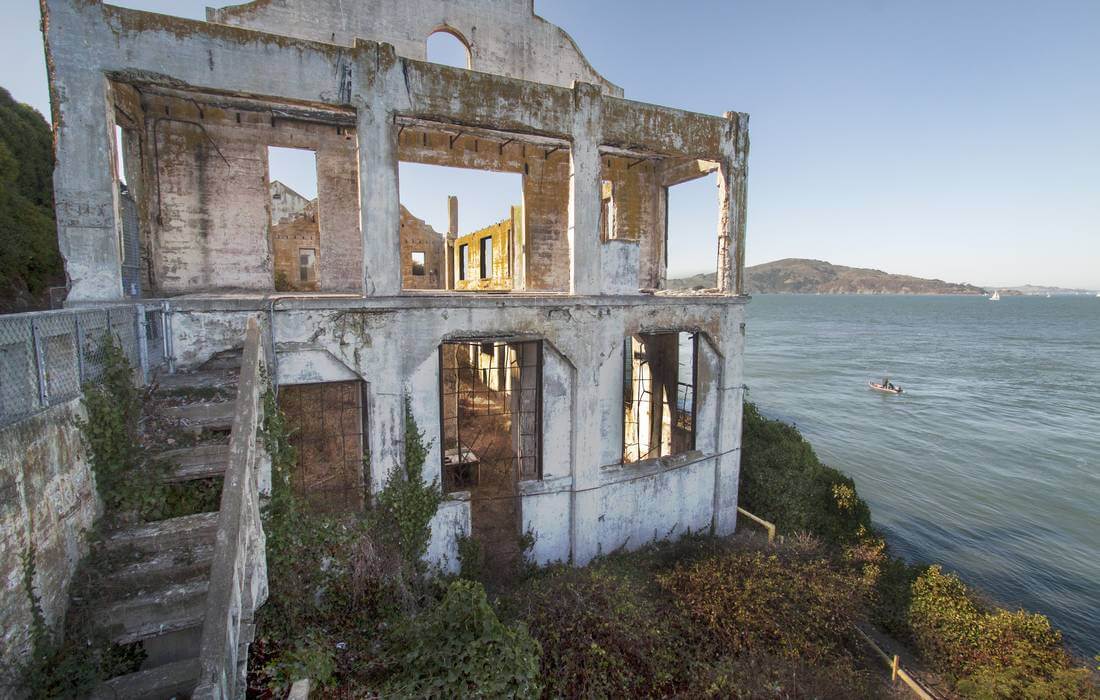 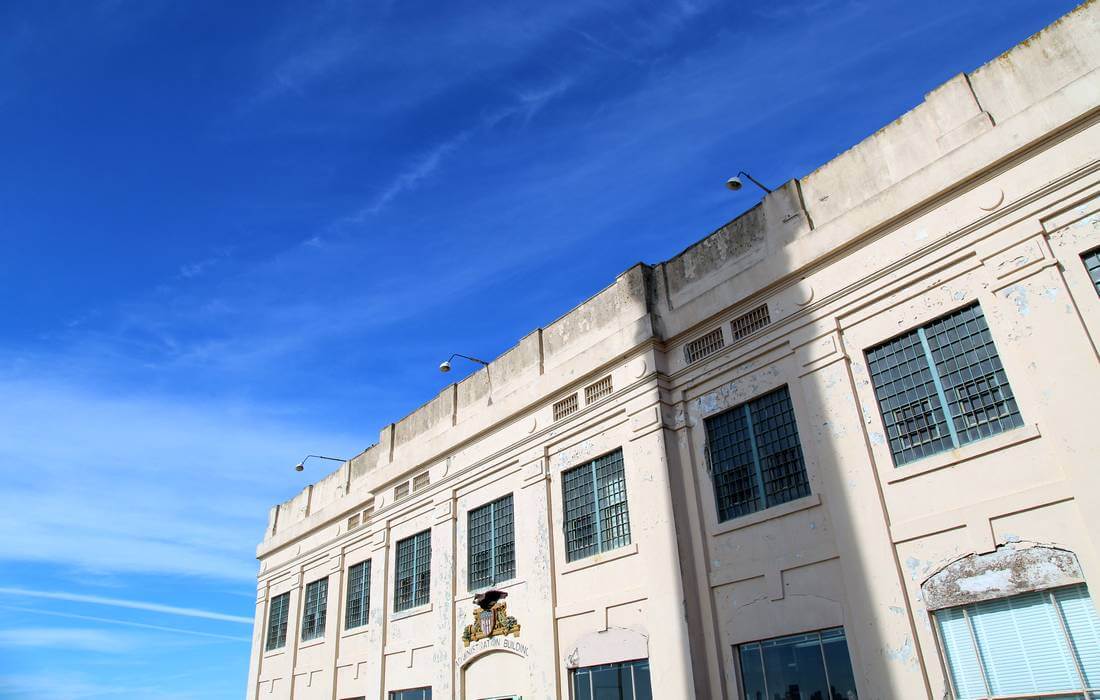 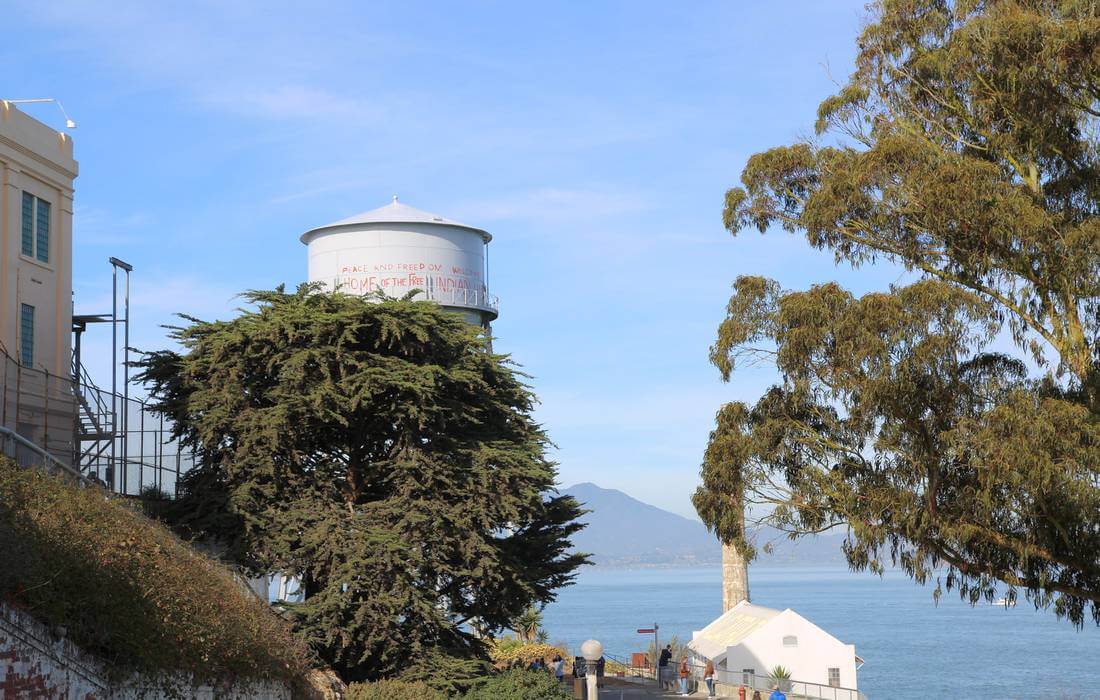 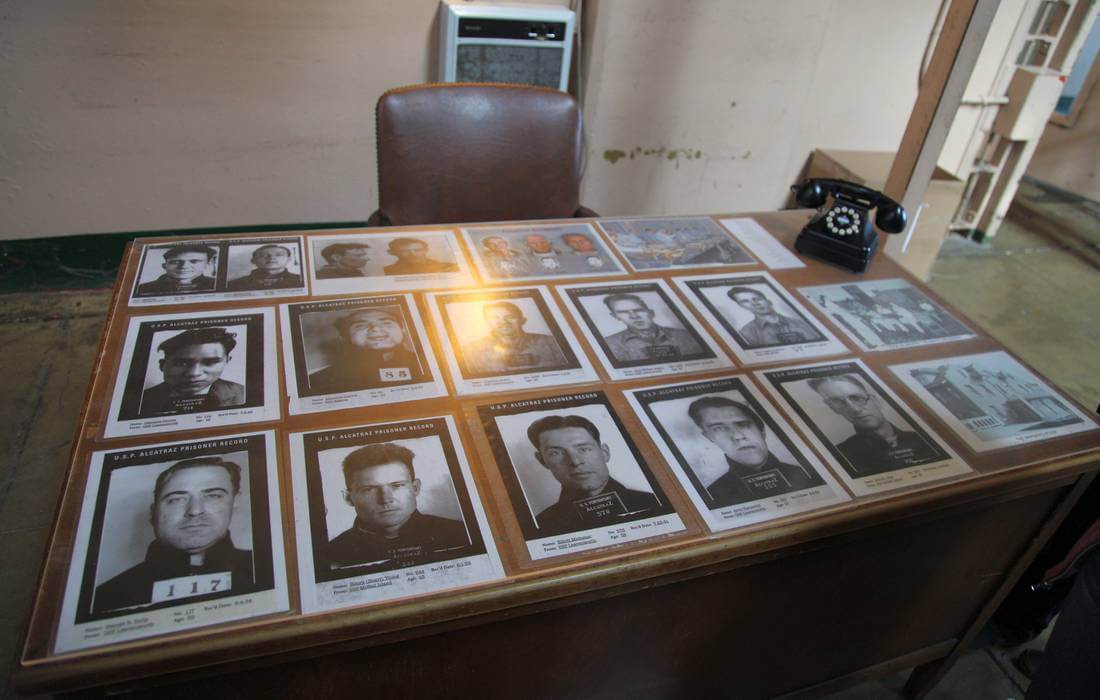 Prison status for the most

Alcatraz is really a kind of exile, it’s cold, hungry and completely isolated from the world. There is absolutely nothing on the island, except for the buildings built there and the lighthouse. There you need to deliver everything, even drinking water. At the same time, getting to it is not as easy and fast as it seems: the island is in the zone of fast cold currents. 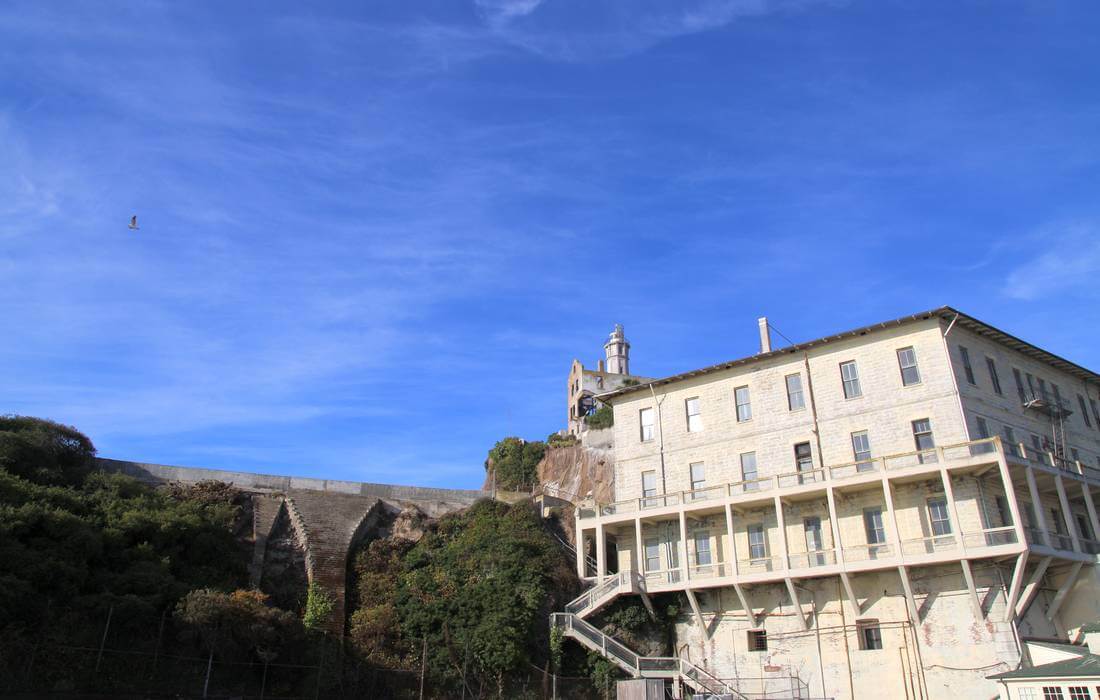 Legendary reliability is also connected with this. Escape from Alcatraz and stay alive - mission impossible. Even if someone managed to pass the massive cordons of protection, a person cannot swim to the mainland - the ice-cold water either demolishes it or freezes it alive. Plus sharks: there is even a legend that prison guards fed several sharks so that they always swim near the island. In the entire history of Alcatraz, only five rebel prisoners got to the water, but not a single one got out of it alive.

Alcatraz thundered all over the country and its own rules. In addition to the unique structure of the prison itself, there was a strict mode of detention. Each prisoner had his own "karma", and all the benefits in the form, for example, of the ability to read books, deserved only work and obedience. Electricity was connected to each cell, and tearing gas was launched along the perimeter of the corridors in the event of a riot or escape.

In addition to the supply vessels, any suitable ships were immediately fired without warning. Only dangerous criminals were kept in this beautiful place. repeat offenders of the rank of Al Capone - he himself returned from Alcatraz to a terminally ill old man.But soon Alcatraz, like everyone in America, began to fill the net commerce. In 1962, the prison was officially closed. The exorbitant expenses became the reason, all because of the same isolation - the content of one prisoner was 4-5 times more expensive than on the mainland, and there’s nothing to say about the guards. 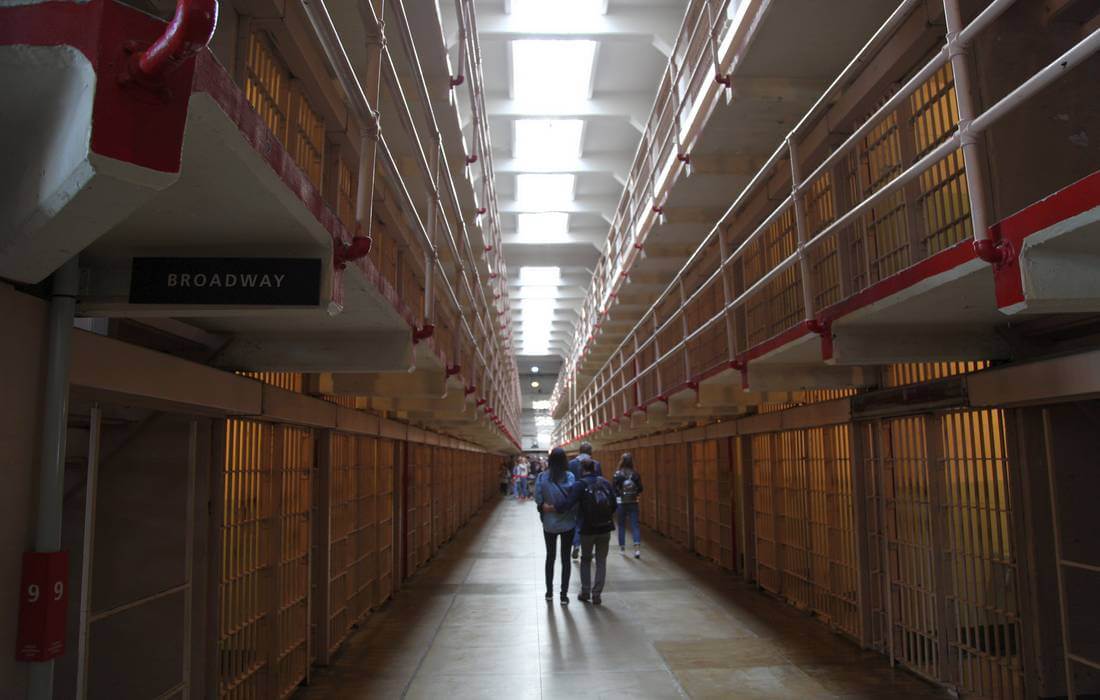 In 1969, an island with a deserted prison was captured by the Indians and declared its territory. They would be happy to grab San Francisco, but not too tough a pie. The siege was held almost yes year. But the harsh conditions of the island and weakened them, after which the Americans were not difficult to disperse them.

Since the 70s, Alcatraz has been cleared of all secrets and opened to tourists. It turned out that so many stories live there that it would be simply dishonest to bury them on the island.

The museum exhibits and things, and letters from prisoners, and real monuments of shoots, and original interiors. Describing is useless - you just have to come and see it all with your own eyes. We advise you to dress only warmer - after all, American Siberia.

American Butler specialists will be happy to accompany you to this and many other locations - we can help with translation, leisure activities and transportation anywhere in the USA. To do this, just contact us in any way you like.

Our experts will answer your questions and make a competent plan of excursions in San Francisco - leave your wishes in the form below and wait for the answer of the specialist. Spoiler - the wait will be short.
Send a request