San Francisco is a beautiful city with many attractions . Moreover, they are so bright that they cannot be confused with any other city.

This is an amazing city that can surprise. It combines the flavor of the informal public with the Romanesque architecture and the smell of immigrants from all over the world hovering in the air. This city is the most attractive for programmers, tourists and hippies. It contains many secrets and mysteries, stories and fables.

What to look first

The business card of San Francisco, and indeed the entire state of California, is, of course, the Golden Gate Bridge. Nearly 3 kilometers of beauty connects the northern part of San Francisco and the city of Sausalito. These passages flashed in a whole bunch of movies and TV shows, from "Charmed" to "Terminator". It's time for you to take your own, even if it is for Instagram.

If you thought that there could be nothing steeper than Central Park in New York, welcome to Golden Gate. He and more, and richer, and there are so many gardens that you will not get tired of being surprised. And here you can meet the most beautiful sunrises and sunsets in your life.

Suddenly? The old prison for especially dangerous criminals on the island of the same name was famous for its reliability - not a single person managed to escape from there alive. And most recently, in 1969, there was a siege of indignant rebels dissatisfied with the policy.

The fabulous white rotunda and colonnade on the lakeside look like some kind of unreal oasis. It is not immediately possible to understand where you are and in what century - the situation is so amazing. In fact, this is just an exhibition sample, but the feeling is that you are at the center of a true historical treasure.

The winding, like a ribbon in the air, the road on the descent from the hill looks like a toy - for motorists it is torture, but how much joy to tourists! I bet that there is no such street anywhere else. At least, the photo from there will definitely surprise all your friends. 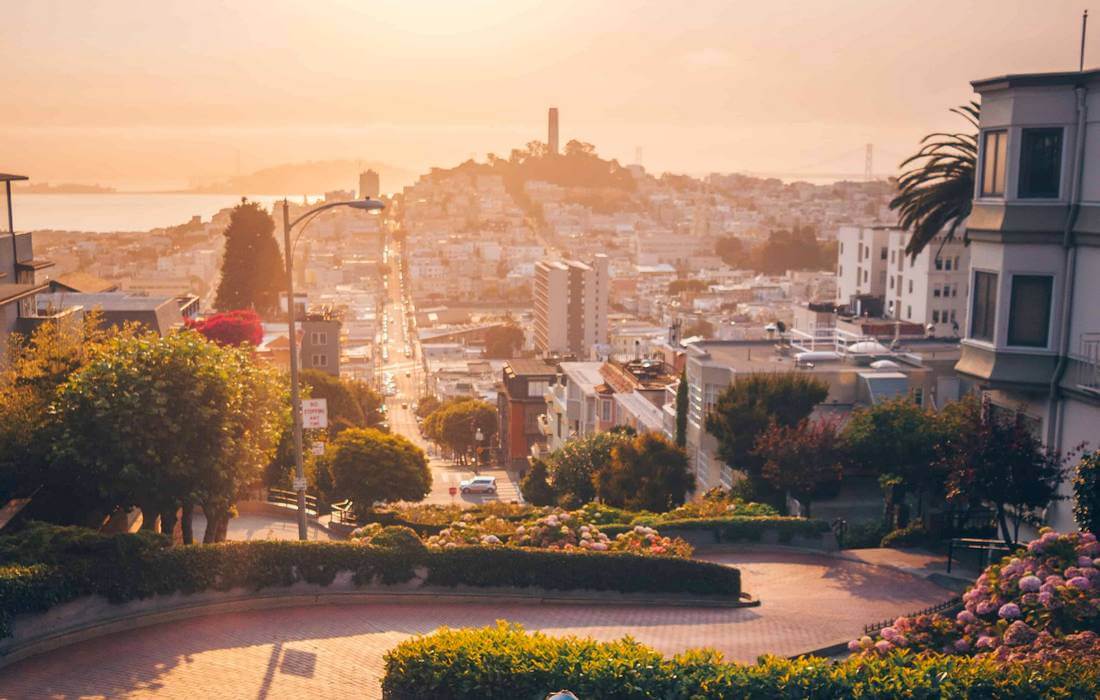 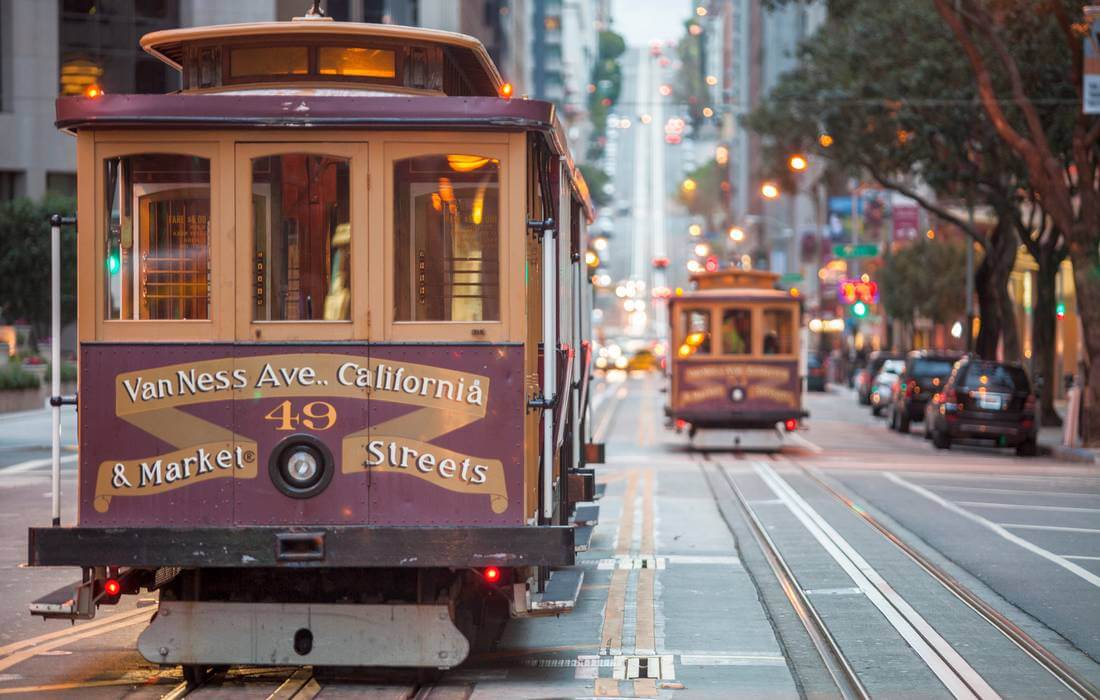 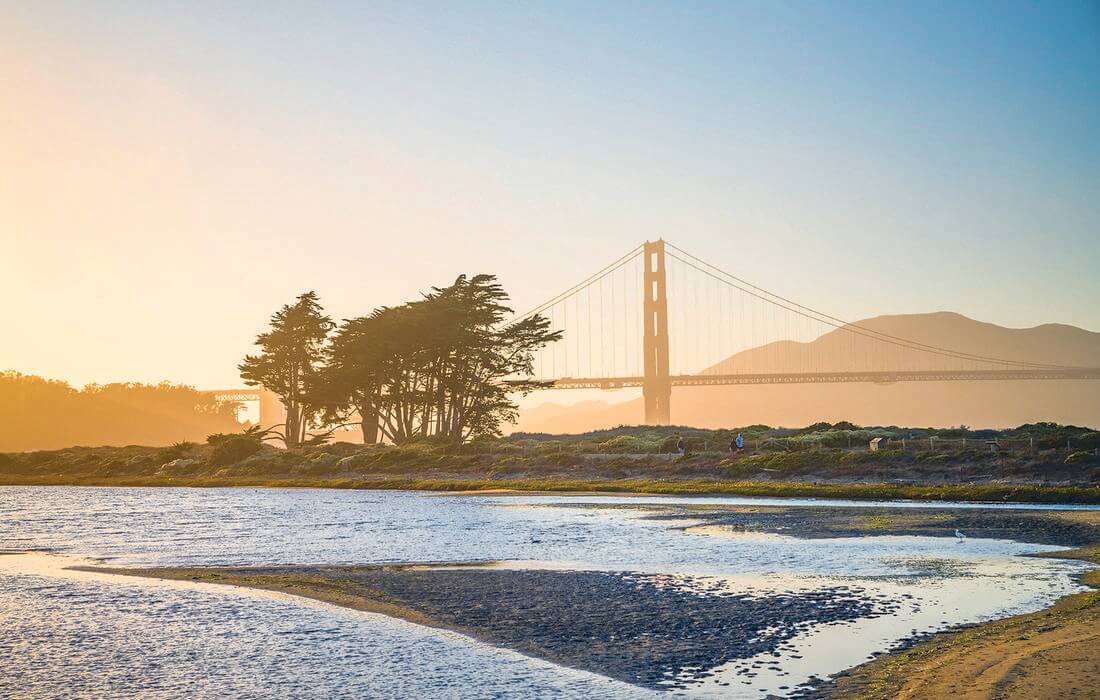 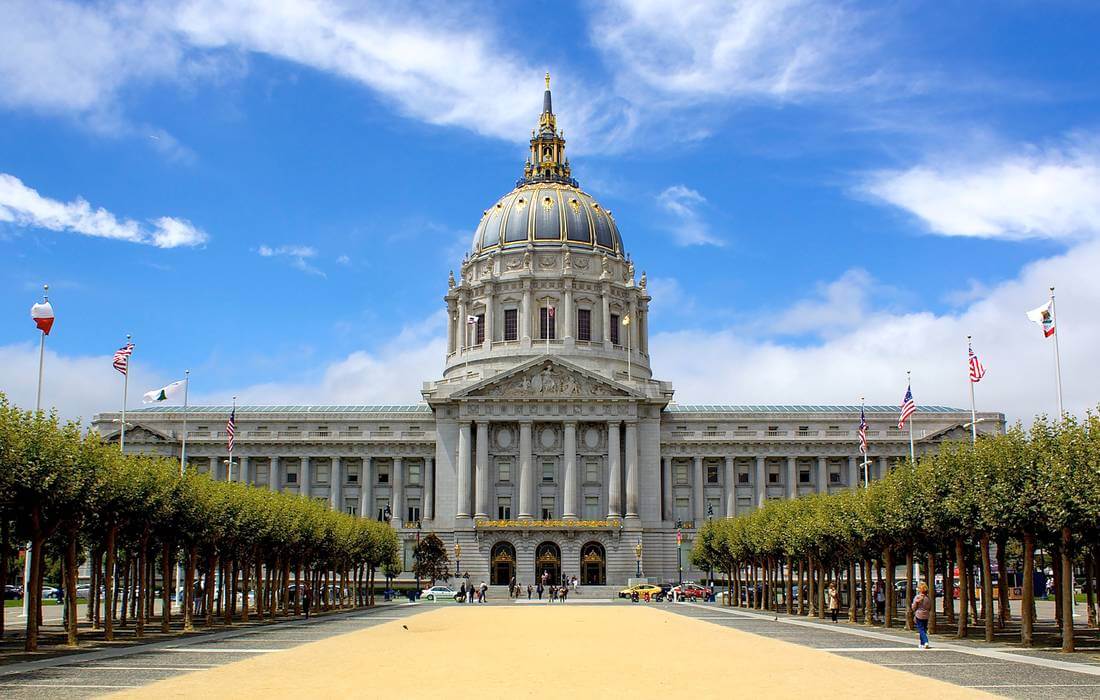 These bright and colorful Victorian houses are real heroes. They survived a terrible earthquake and fires in 1906, retaining their neat facades. Today, the houses are called “painted ladies” - and the truth is, they look very easy, pleasant and elegant.

San Francisco stands on hills and mountains. In 1873, a unique public transport system was invented - the cable car. It's almost like a funicular, only the ropes are located underground and pull the tram in the right direction. A ride on this is a must-see item if you're in San Francisco!

San Francisco coastal lines are unsuitable for swimming due to strong waves and winds. But sea lions like it very much. At Pier 39, they often warm their sides in the sun. And tourists warm the soul, looking at these razomlevshie lap-dogs.

Do you know what will help to see all this and even more? Car rental and well-designed route excursions with breaks for snacks in the best gastronomic points of San Francisco to recuperate. American Butler guides just know a few, and transfer specialists are happy to select the perfect transport for you.

Leave your questions and suggestions by clicking on the button below - we will contact you at a convenient time and answer any requests.
Send a request
Also read
Parks
Parks in San Francisco are beyond praise, and under the California sun they look even more beautiful. See for yourself! Read more
Festivals
What to do in San Francisco? Well, at least take a walk through the festivals - it’s good that they are very diverse there. Read more
Museums
The museums of San Francisco are not boring halls for you, which adults used to drag by the hand. These are the places where children's interest wakes up. Read more
How to organize a rest in Miami
Always dreamed of visiting Miami, but consider that it is too expensive and unattainable? In fact, a trip to this wonderful city can be arranged without the help of travel agencies and intermediaries.… Читать еще
Real Estate in the USA
We decided to buy property in the most heavenly spot of the planet - the USA? But you doubt how to buy comfortable housing for your benefit? You need to know some nuances that will help in your decision.… Читать еще
Who is Elon Musk
Do you know who Elon Musk is, where he grew up and what does he do? What has he done useful and what plans to achieve? Read more in the article about one of the most famous entrepreneurs of our time. Читать еще
US Michelin restaurants
We continue the theme of restaurants! We take above - restaurants throughout America. And not just good, but the best of the best. So, the top 10 three-star restaurants according to the Red Michelin Guide.… Читать еще
Hoover Dam
Hoover Dam is one of the highest dams in the world, and at the same time a powerful hydroelectric power station. Tourists and residents come here to see the incredible scale of construction, go boating,… Читать еще
Craft Contemporary
Craft Contemporary is a building with more than half a century of history, a gallery of folk art. Since Los Angeles has become an important international art center, the Museum of Crafts and Folk Art… Читать еще
Sights 5 1 0 0
Sharing: