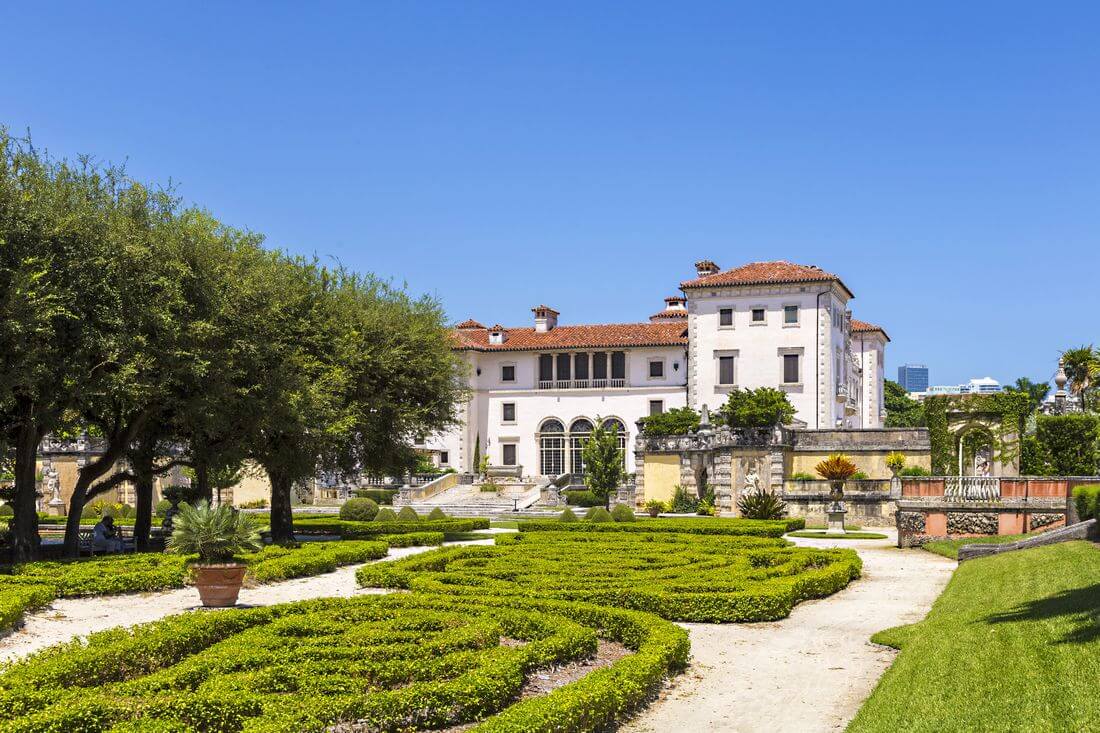 Villa Vizcaya is a beautiful mansion located in Miami on the shores of Biscayne Bay. This fabulously beautiful building is one of the most important attractions of the city. Hundreds of thousands of people come to admire the building annually. 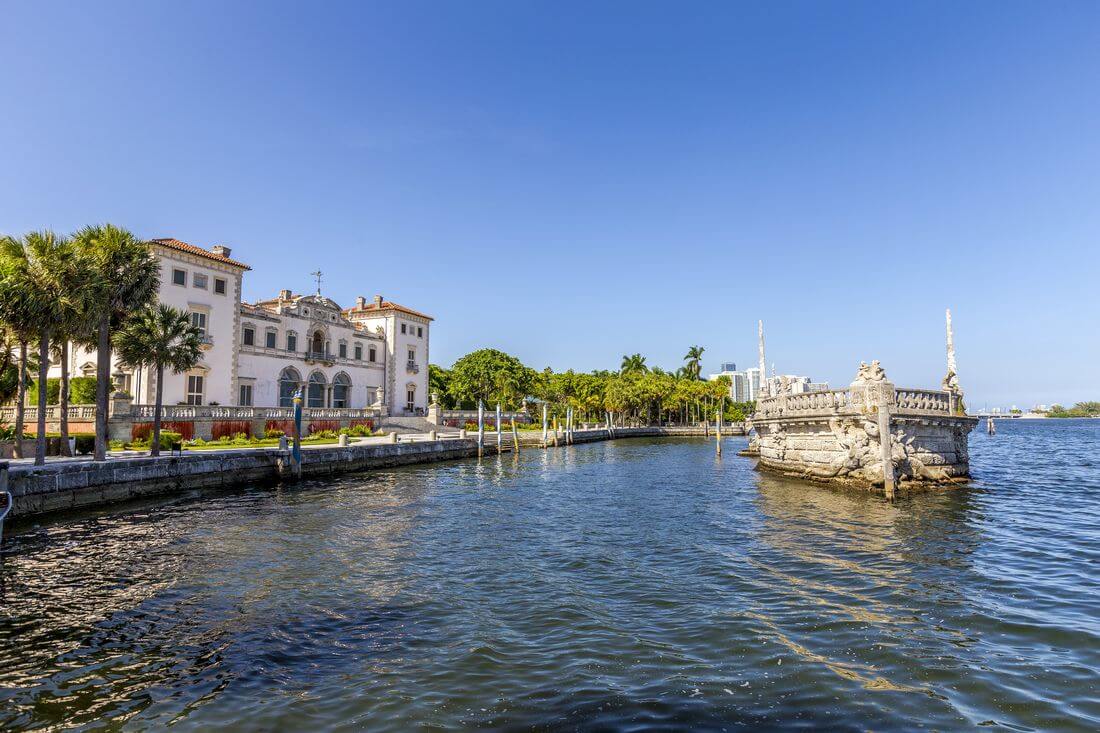 Villa Vizcaya will amaze anyone with the peculiar architecture of the Renaissance, as well as numerous art objects dated from the sixteenth to nineteenth centuries.

Currently, the building has turned from a simple suburban mansion into the Vizcaya Museum and Gardens, the exposition of which is replete with art objects, samples of antique furniture and everything that made up the image of a wealthy industrialist of the early twentieth century.

Villa Vizcaya begins its history in 1916, when its construction, begun at the request of James Deering, a well-known industrialist in those days, was completed. For construction, a site was chosen on the shores of Biscayne Bay. The place was surprisingly successful: a magnificent view opens from its territory, and the estate itself is hidden behind picturesque coconut groves.

Creating a building in the style of the Mediterranean Renaissance, the architects created around it and the corresponding landscape. The building is surrounded by 50 acres of European-style gardens, where elegant arbors are adjacent to elegant sculptures along neat paths. A variety of pools and quiet canals that extend to the very shoreline add solemnity.

The result of the work of the builders of Villa Vizcaya was a 34-room luxury mansion, which is now considered its duty to visit the most famous people on the planet. 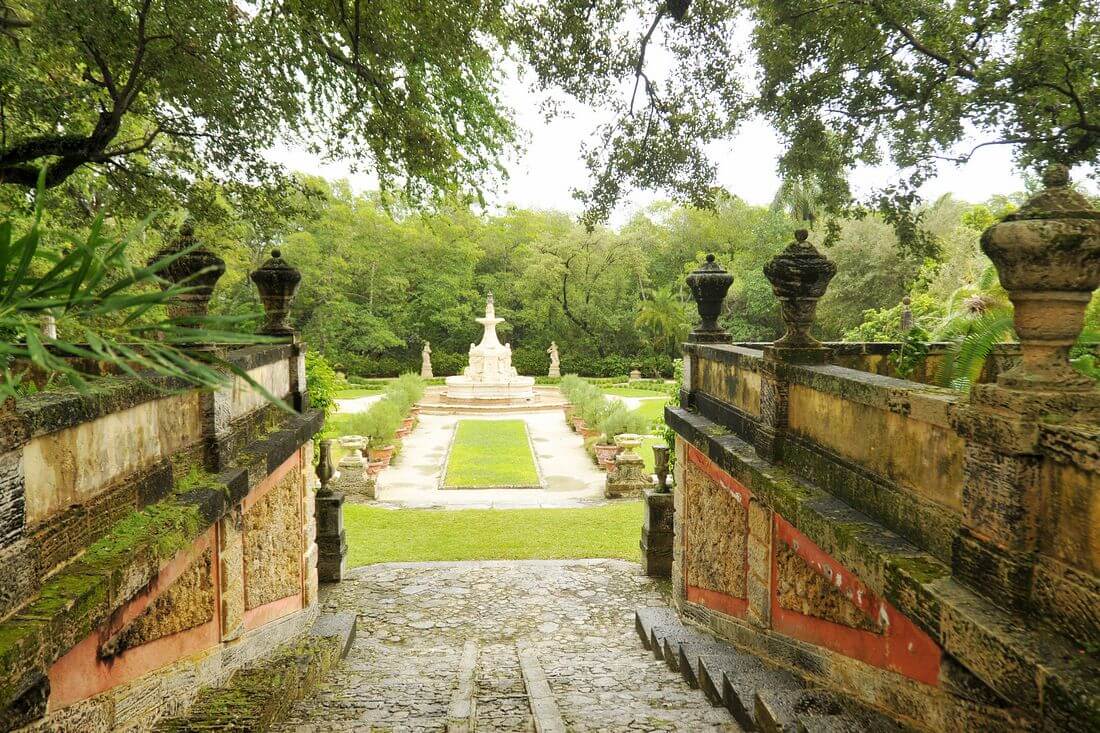 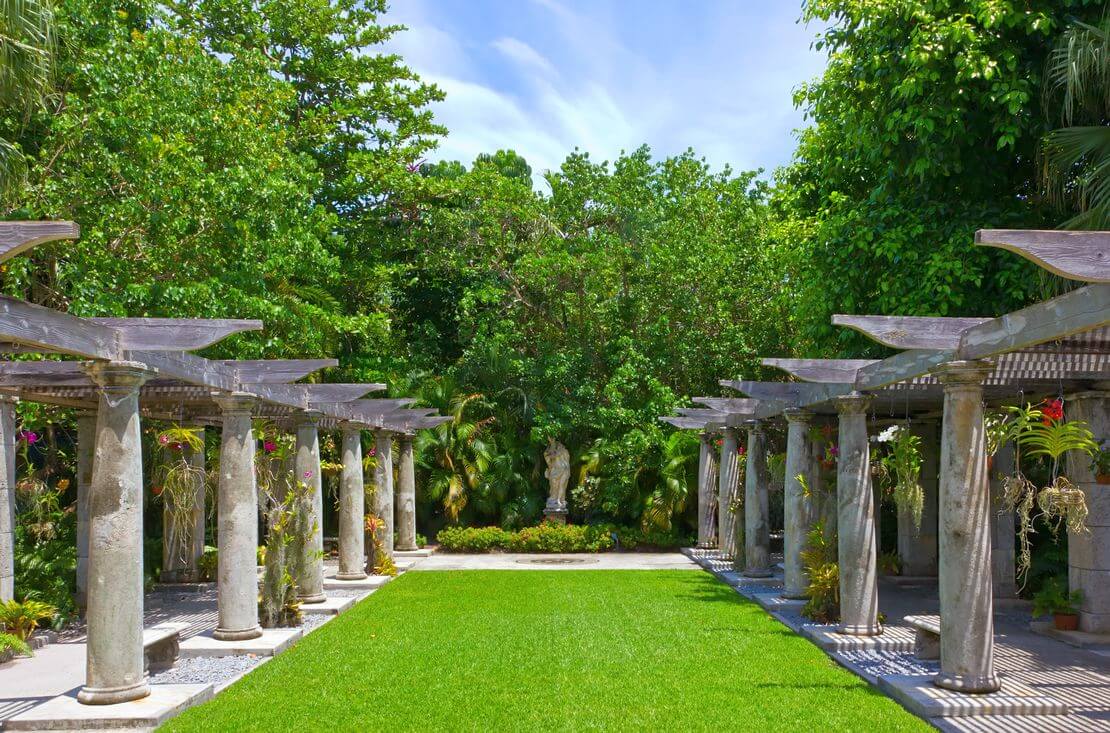 Villa Vizcaya was purchased by the authorities from the heirs of an industrialist from Chicago in 1952, they completely restored the building and created a museum from it. It often hosts weddings and hosts senior officials.

So, among the guests who have been here, are included the presidents of the United States, R. Reagan and B. Clinton, the first persons in Spain, King Juan Carlos I and Queen Sofia, Pope John Paul II and Queen Elizabeth of England. It even hosted the country's first presidential summit, held in 1994.

James Deering filled his mansion with furniture and luxury items that he acquired during his working trips to Europe. Thanks to this, Villa Viscaya was replenished with furniture items of the 19th century, art paintings, tapestries by famous artists and a number of decorative and applied items created in the 19th and 20th centuries.

Now this collection is an important part of the museum’s exposition, working in the villa. The villa contains famous paintings, sculptures. However, in addition to samples of antiquity, here you can see technological finds of that time - a telephone exchange, fire extinguishers, a telescope.

However, not only the interior of the building is worthy of attention. To the south of it are picturesque gardens with fountains. The landscape design of the garden was created based on the basic principles of Italian garden art.

Beauty and luxury by the sea

All guests who have ever visited the territory of the mansion have an unforgettable feeling of touching the beautiful. And unhurried walks along the paths of the park past thickets of orchids and other no less exotic plants fill with indelible impressions.

The Museum of Villa Viscaya, built by the will of industrialist James Deering, has become a vivid example of modern architecture, styled in antiquity.

Book the most interesting excursions only in American Butler!
Оставить заявку
See also
Excursion to Naples
But this town can easily break uniqueness records in several categories at once: Do you dream to admire the most fantastic nature of North America? Do you want to find yourself in the only city in the… Read more
Excursion to St. Augustine
History of St. Augustine As early as the 15th century, the ever-young and beautiful city called St. Augustine appeared on the maps. This is the central city in the small county of St Johns, which has… Read more
Tour to the Kennedy Space Center
A trip to Cape Canaveral will show the events of 50 years ago and allow you to try to experience personally the sensations of astronauts during the take-off of the space shuttle. Unfortunately, experiments… Read more
Miami City Tour
Route description Tourists will go on an excursion route through the famous Miami Beach resort, known for its houses in the unique architectural style of Art Deco, ride along one of the longest streets… Read more
Tips for tourists in USA
Читать еще
How to rent a car in the USA
Gathered on a journey through the sunny states of the United States of America, but did not decide which means of transportation are more convenient? Thinking about car rental, but do not know where to… Читать еще
Who founded Miami
At the very end of the nineteenth century, when Miami was given the status of a city, only three hundred people lived there. All achievements would have been impossible without active local residents,… Читать еще
US Michelin restaurants
We continue the theme of restaurants! We take above - restaurants throughout America. And not just good, but the best of the best. So, the top 10 three-star restaurants according to the Red Michelin Guide.… Читать еще
Villa Viscaya — Tour in Miami 5 1 0 0
Sharing: