Excursion to the Animal Kingdom 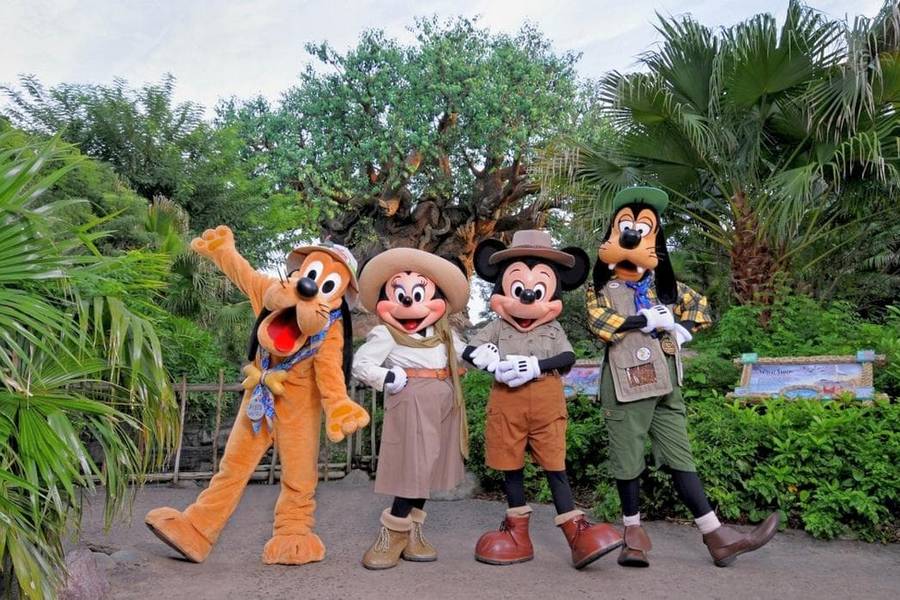 The Disney Animal Kingdom theme park is not an ordinary zoo in the usual sense of the word.

Animal Kingdom Park in Orlando covers an area of more than 200 hectares and is an interesting combination of a safari park with convenient infrastructure and transport, excursions along artificial rivers, an aquatic animal park, an amusement park and a zoo in which animals are provided with the most comfortable conditions for keeping animals.

Animal Kingdom in Orlando isn't limited to keeping cute, safe animals fit for a petting zoo. Elephants, lions, rhinoceros and giraffes and hippos are also in the park. The animals have their own sector, where they can walk in the savannah or hide in the forest. 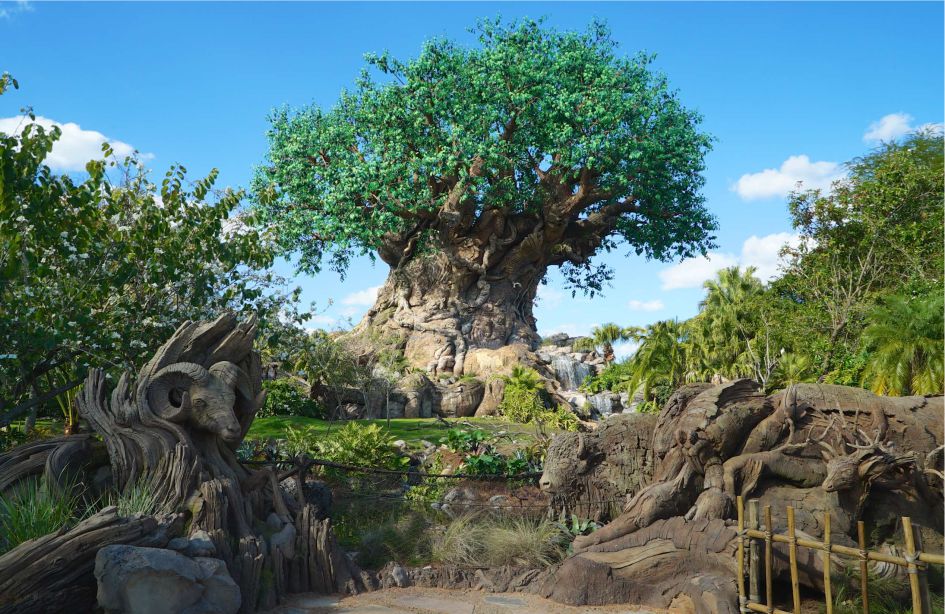 What to see at Animal Kingdom Orlando

For those keen on herpetology, I would like to say that the sector of snakes is quite interesting and partly contactable. Unlike the beach in Sochi, no one will stick a snake in your hands — many people are afraid of snakes. But if you ask, you can even touch some of the inhabitants.

For the comfort of the animals, this part of the park closes earlier than others. But already 2 hours before closing, it will not be possible to detect animals — they go to their comfortable pens and shelters from the intense heat. The best time to visit Animal Kingdom Park in Florida, if you plan to look specifically at the animals, is in the morning, right after the opening and the time for feeding the animals. 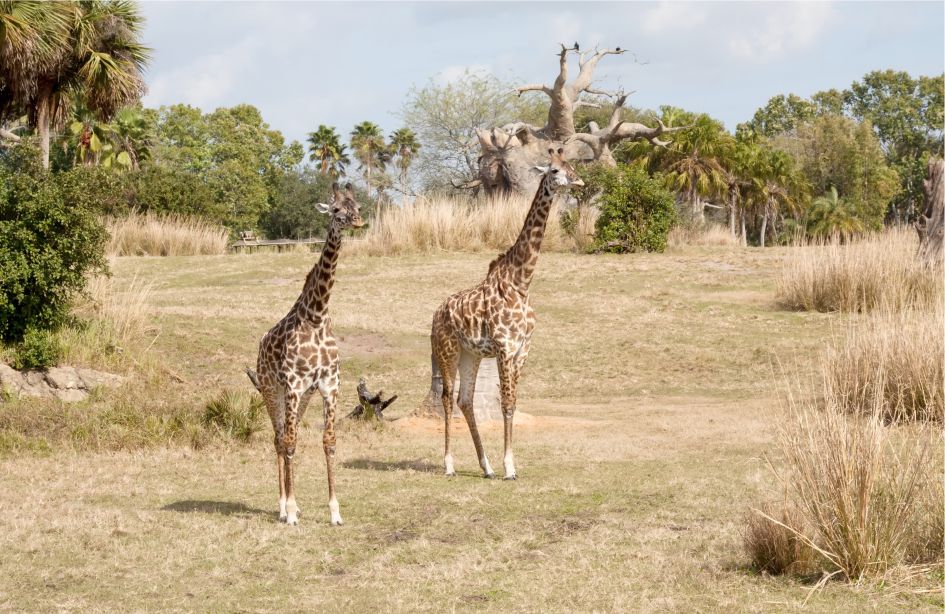 The most important and spicy entertainment Animal Kingdom in Orlando — Mount Everest. This is an analogue of a roller coaster, but with a more developed plot, unexpected stops, breakdowns along the way. 7 minutes of pure adrenaline. Heed the advice and do not go to this attraction after a hearty lunch.

Please note that there are water attractions in the Disney Animal Kingdom theme park and it is better to buy raincoats in advance or wear clothes that are not afraid of getting completely wet. Get really wet to the skin. On the other hand, the Florida sun will dry you out quickly. Be careful with spreading mascara and complex hairstyles. 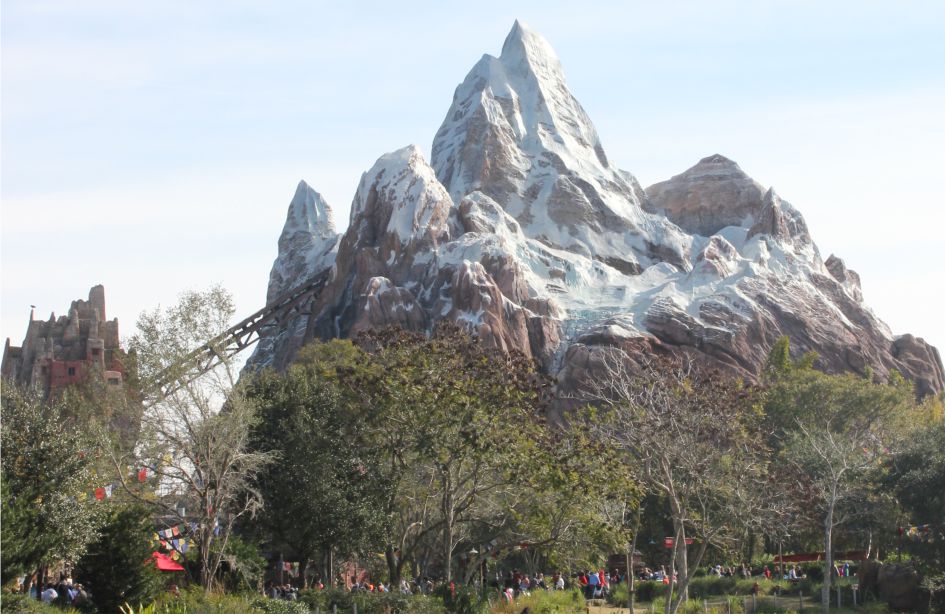 Thematic division of the park

The park is divided into 7 main sectors for maximum convenience of visitors. 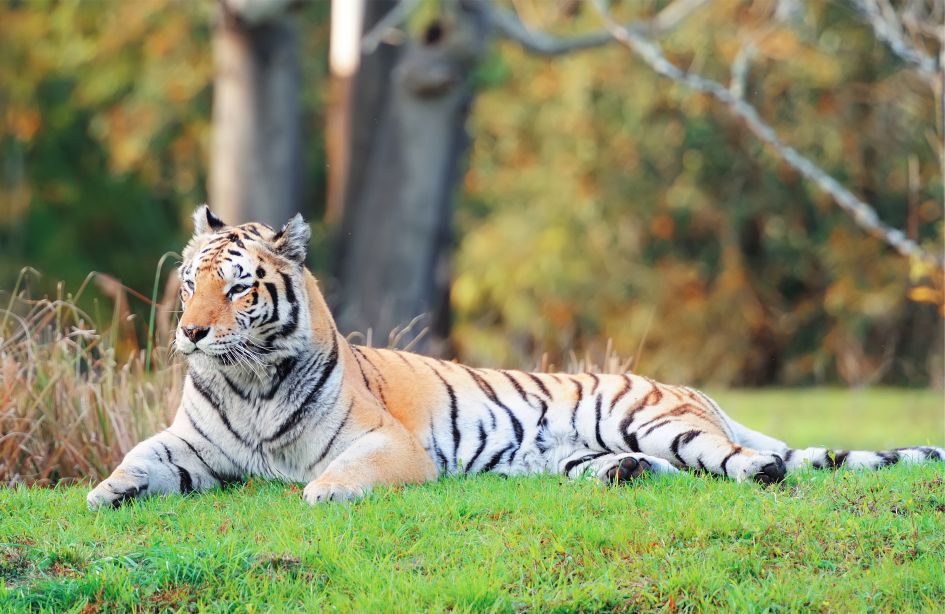 Animal Kingdom in Orlando is one of the most interesting and visited parks in the world. Be careful and supervise children. The park is quite safe, but the presence of rides and wild animals requires safety measures.

Book the most interesting excursions only in American Butler!
Оставить заявку
See also
Excursion to the Magic Kingdom
Magic Kingdom Park in Florida is one of the most visited places on the planet. About 20,000,000 people visit the Magic Kingdom every year. In the center of the park is Cinderella's castle. Directly… Read more
Miami Fishing
Fishing in South Florida Everyone fishes in Miami. Many restaurants even have special piers for fishing — they caught it, took it to a restaurant, sat on the veranda, drinking beer or something… Read more
Clearwater Beach Excursion
Story In the early 1800s, Indians migrated to Clearwater from Georgia and the Carolinas. Clearwater, like many other cities in Central Florida, relied on agriculture as a means of survival. Tourism did… Read more
3 day tour to Disneyland
Disney Orlando World is the most exciting park in the world, and this scale cannot be found anywhere else. That is why it is so important to competently organize your vacation, entrusting this business… Read more
10 traffic rules in the USA
You came to the US and wanted to rent a car, but you doubt the knowledge of the rules of the road in another country? It's okay, there is a way out. Read tips from American Butler! Читать еще
Dental treatment in the USA
Читать еще
American writers
Читать еще
Fast food in the USA
What do you know about fast food? Probably that they do not need to get involved. And rightly so, but in fact the question is much more interesting. Argue that we will break at least 3 stereotypes right… Читать еще
Excursion to the Animal Kingdom 5 1 0 0
Sharing: