Siesta Key was a desert barrier island off the coast of Sarasota until the beginning of the 20th century. In fact, the island was not even called Siesta Key. He was known by various names: like Clam Island, Little Sarasota Island or Sarasota Key. 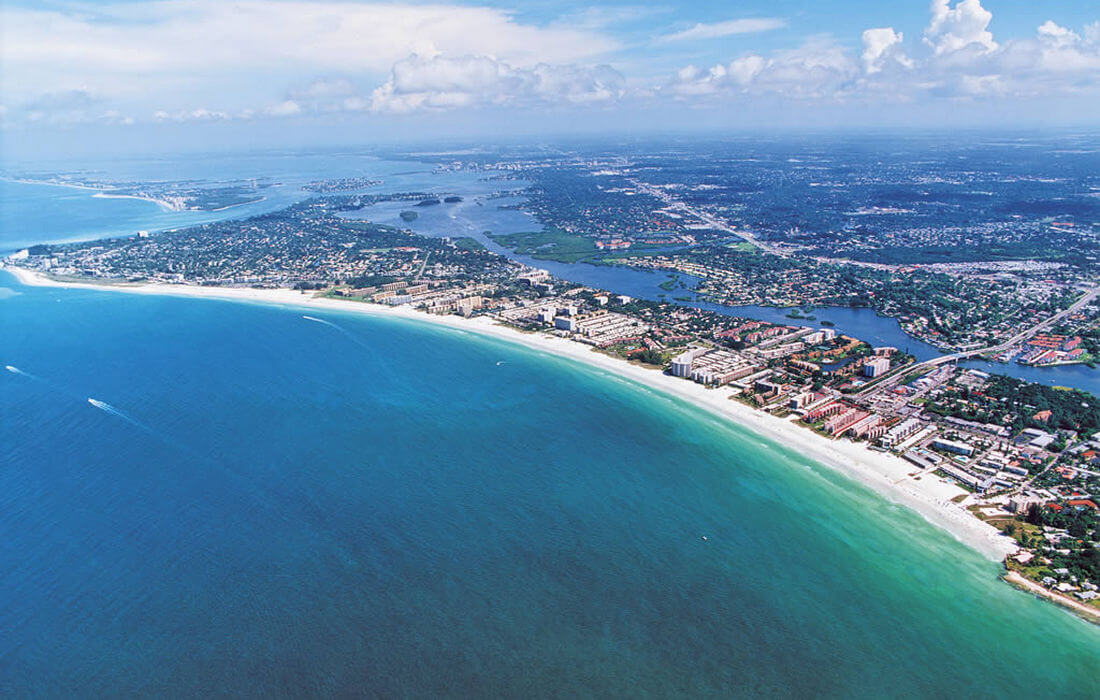 In the middle of the XIX century several particularly hardy families built beach houses on the island and lived here year round. Most of the inhabitants were fishermen, but some had orange groves here. And one entrepreneur opened a fertilizer plant.

Siesta Key in those days had all the features of the lush tropics: dense vegetation and mosquito swarms, snakes of all varieties (including poisonous), sand fleas, wild cats and evil boars.

The island was not connected to the mainland, everything was transported across the Sarasota Bay by boat. In 1906, Captain Roberts and his wife turned their big guesthouse into a hotel.

The culinary prowess of Mrs. Roberts, who cooked for hotel guests, resulted in the Hollywood elite stopping to eat at The Roberts' Inn (also known as Siesta Inn).

A year after the opening of the hotel, Roberts and two of his partners formed the Siesta Land Company and renamed the island Siesta Key.

They actively advertised land and began to improve the island: they dug three canals and connected them to the bay, giving more of their sites direct access to the water.

After the Great Depression, development on Siesta Key slowed down. By the mid-1940s, the island’s population was only 300 people. By 1955, 75 outstanding artists lived on the island, among them: impressionist Sid Solomon, illustrator Thornton Utz and comicist Vincent Hamlin. 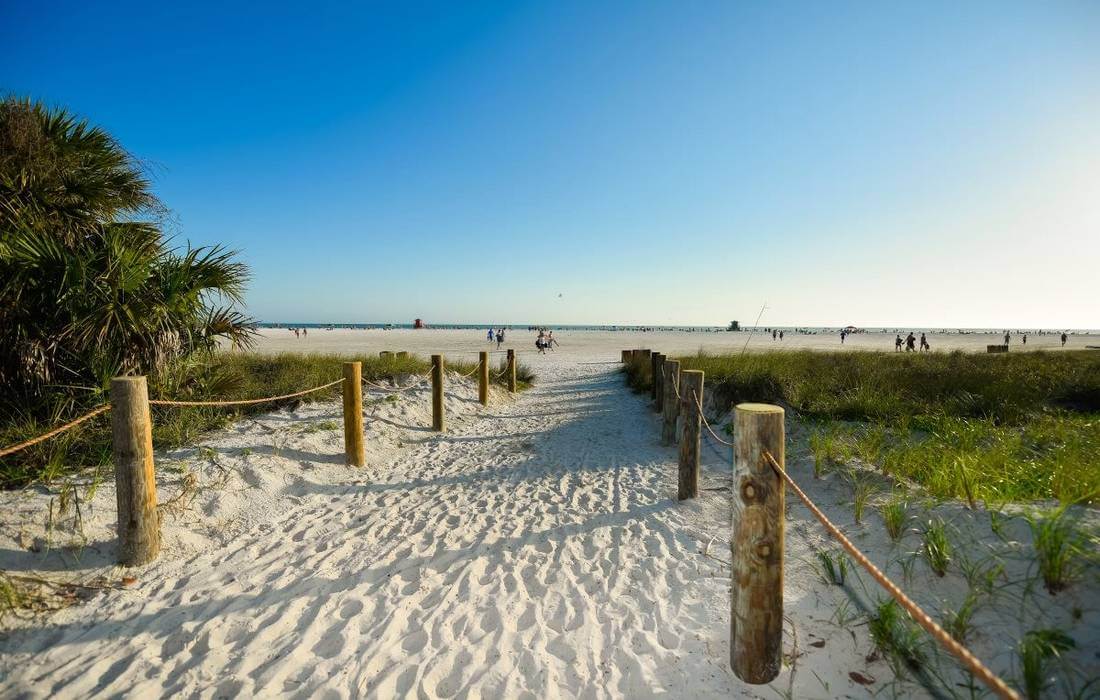 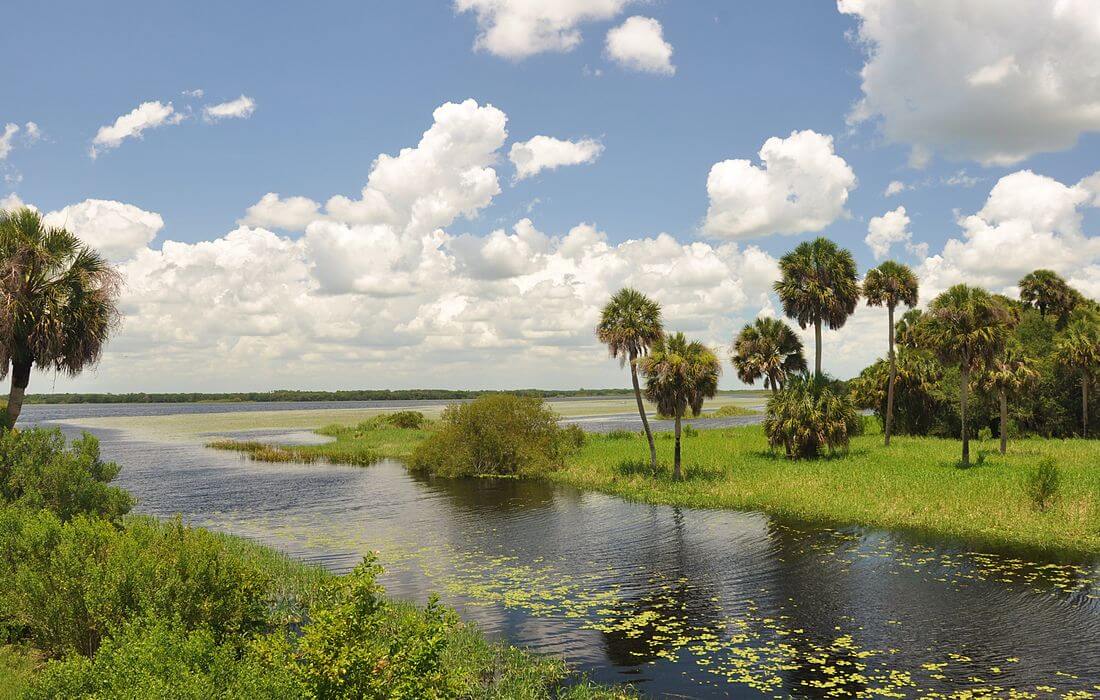 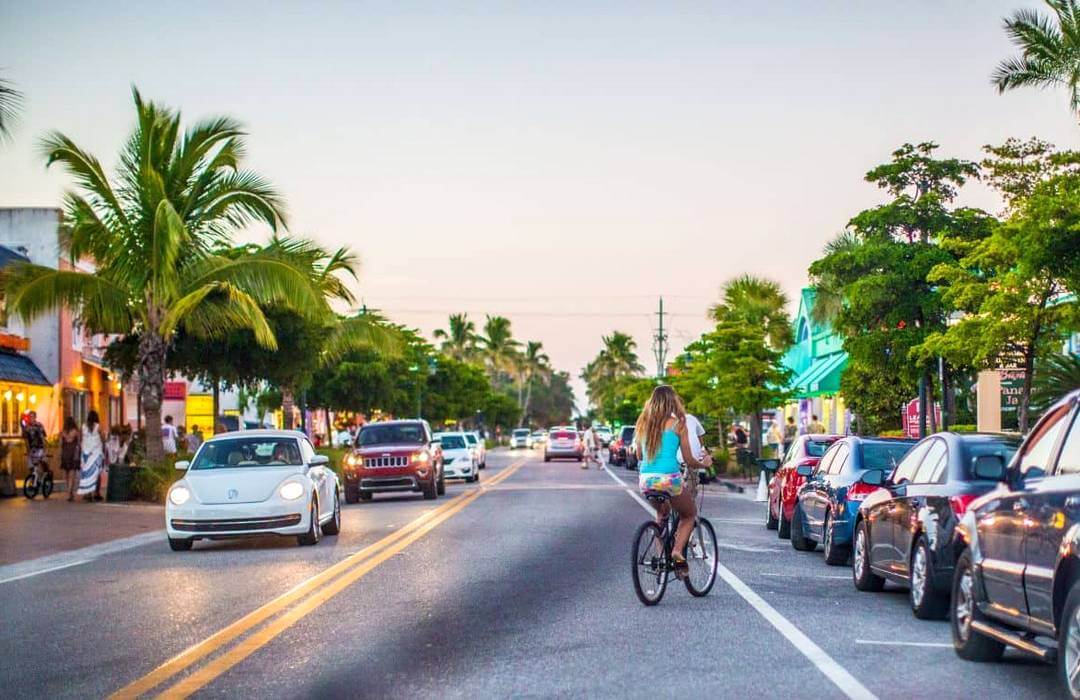 The John and Mabel Ringling Museum of Art is a museum founded in 1927, offering 21 galleries of European painting as well as American art. The art collection of the museum currently has more than 10,000 sculptures and paintings.

The park has 58 square miles of swamps and forests. Enjoy the view of the wildlife from the boardwalk that stretches over the Myakka River. Scenic tours of the lake - daily in the two largest inflatable boats in the world. From December to May, safari tours in parks are organized for guests.

Experienced captains and crew have 70 years of parasailing experience and more than 100,000 flights with high safety. Discover a bird's eye view and enjoy parasailing over the bay!

Kayak tour of South Lido shallow-water mangrove tunnels. Follow your guide to the famous Sarasota Bay in search of manatee or bottlenose dolphins.

Visit the beaches of Siesta Key with the help of American Butler travel agency!
Send a request
Also read
Marco Island
It is incredible to realize that the Marco Island was previously sparsely populated and undeveloped. How did it happen that this boggy island covered with mosquitoes turned into the pearl of Florida? Read more
Ten Thousand Islands
National Park Ten Thousand Islands - a group of islands in length 97 kilometers and an area of 140 km ². More than 39 million people visit the islands each year to enjoy views of the marshes, ponds,… Read more
Pensacola Beach
The list of classes at Pensacola Beach is quite extensive. Add to this the beautiful year-round weather, and it only becomes clearer that this city turns into a great place to relax. The period from May… Read more
Anna Maria Island
Anna Maria Island is a barrier island along the Gulf Coast of Florida, about an hour from Tampa Airport. Families from all over the world come here to enjoy the beaches, atmosphere and weather. Read more
Holidays in Miami
Читать еще
Real Estate in the USA
We decided to buy property in the most heavenly spot of the planet - the USA? But you doubt how to buy comfortable housing for your benefit? You need to know some nuances that will help in your decision.… Читать еще
Who is Elon Musk
Do you know who Elon Musk is, where he grew up and what does he do? What has he done useful and what plans to achieve? Read more in the article about one of the most famous entrepreneurs of our time. Читать еще
French Restaurants in Miami
The French know no boundaries when it comes to expressing love. It can be seen not only in words, but also in cooking. While in Miami, take a look at one of the restaurants on this list: Palme d'Or at… Читать еще
Craft Contemporary
Craft Contemporary is a building with more than half a century of history, a gallery of folk art. Since Los Angeles has become an important international art center, the Museum of Crafts and Folk Art… Читать еще
Siesta Key 5 1 0 0
Sharing: