The Rockefeller Center fully reflects the ambitions of its creators. If someone else follows the “house, tree, son” formula, here is an example to follow: to build 19 skyscrapers in Manhattan with their own winter gardens and parks and name them after their heir. Not bad, right? 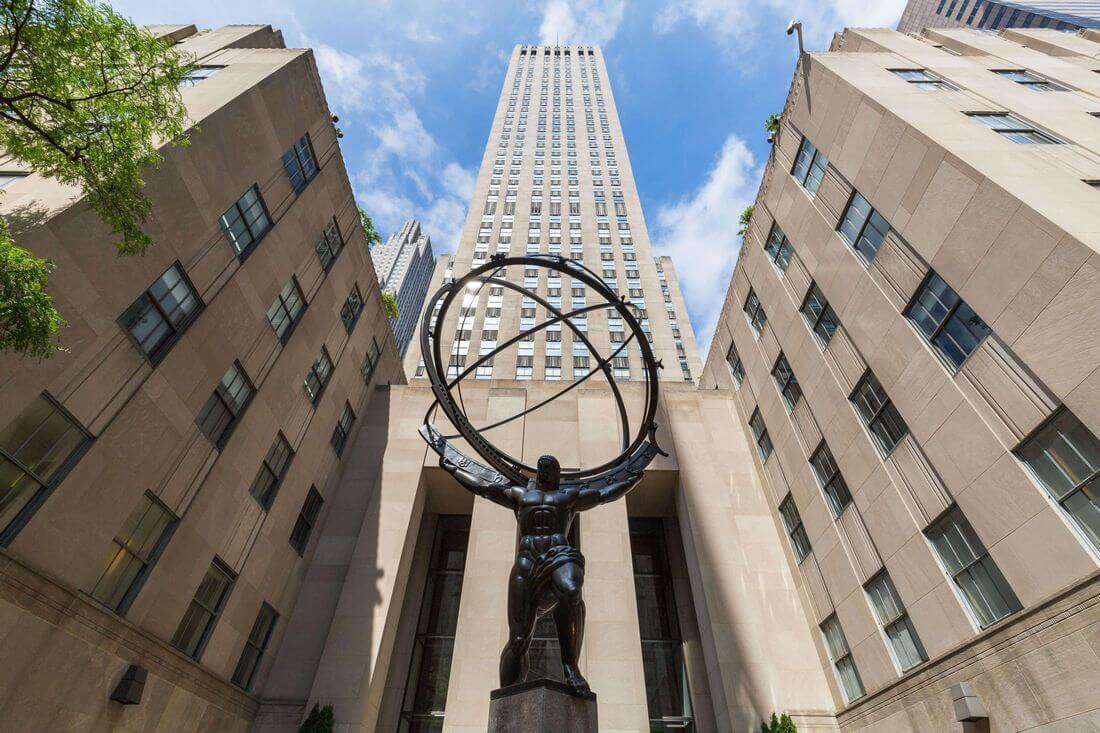 How and why built Rockefeller Center

In short - a lot of effort and because they could. But in fairness, in the 30s, any large-scale construction was difficult, and the Rockefellers had to roam in full. And bypass the nearby Empire State Building, of course.

The construction of a huge complex was presented as a gift from the Rockefeller family to the American people. Not immediately, but this brought the Rockefellers a positive image among the population. The already aimed at increasing wealth, the Americans saw another example - to be like Rockefeller was incredibly cool. See for yourself: for the city, a landmark object, and the investment of millions in a good cause, and business development in the region, and providing employment for more than 65,000 people in difficult times for the country. Commercial superhero.

The complex was built in 1933 and was a city in the city. The area of Rockefeller Center is 9 hectares, and it consists of 19 buildings interconnected by galleries and passages. True, initially there were 14 of them - another 5 high-rise ones were built after the 40s.

An interesting story related to the decoration of the building. Invited to decorate the walls, artist Diego Rivera created on the wall a fresco entitled “A Man at a Crossroads” depicting Lenin. Neither the Rockefellers nor the foremen of irony appreciated the fresco removed. 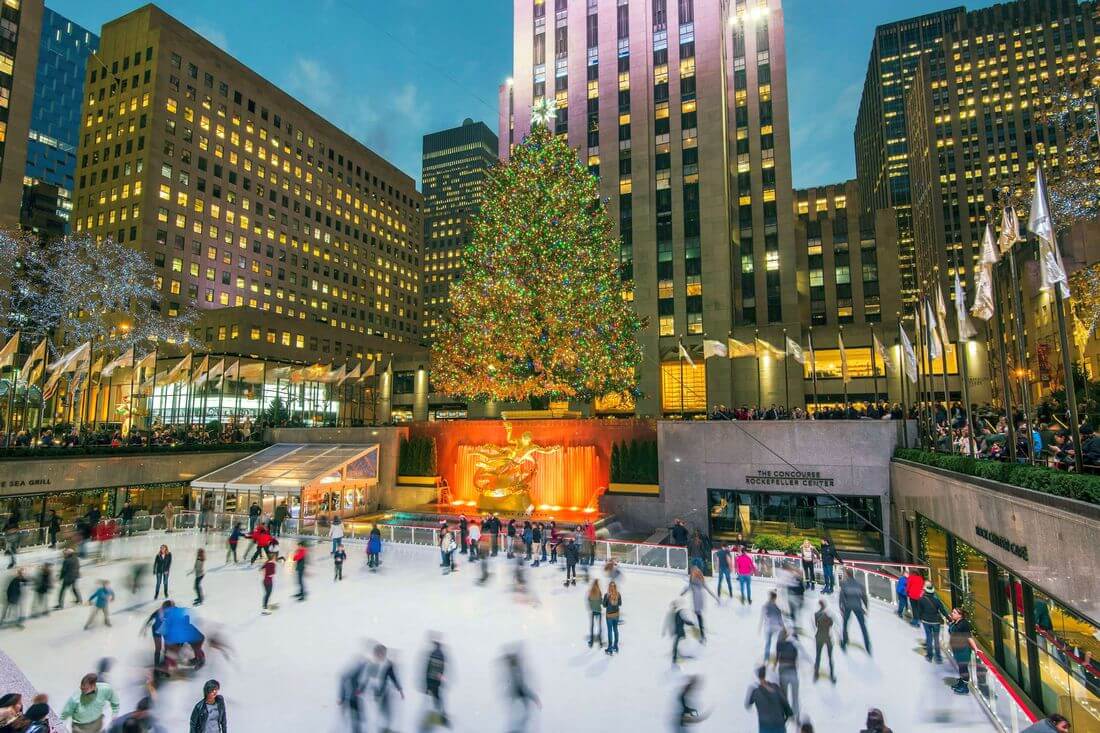 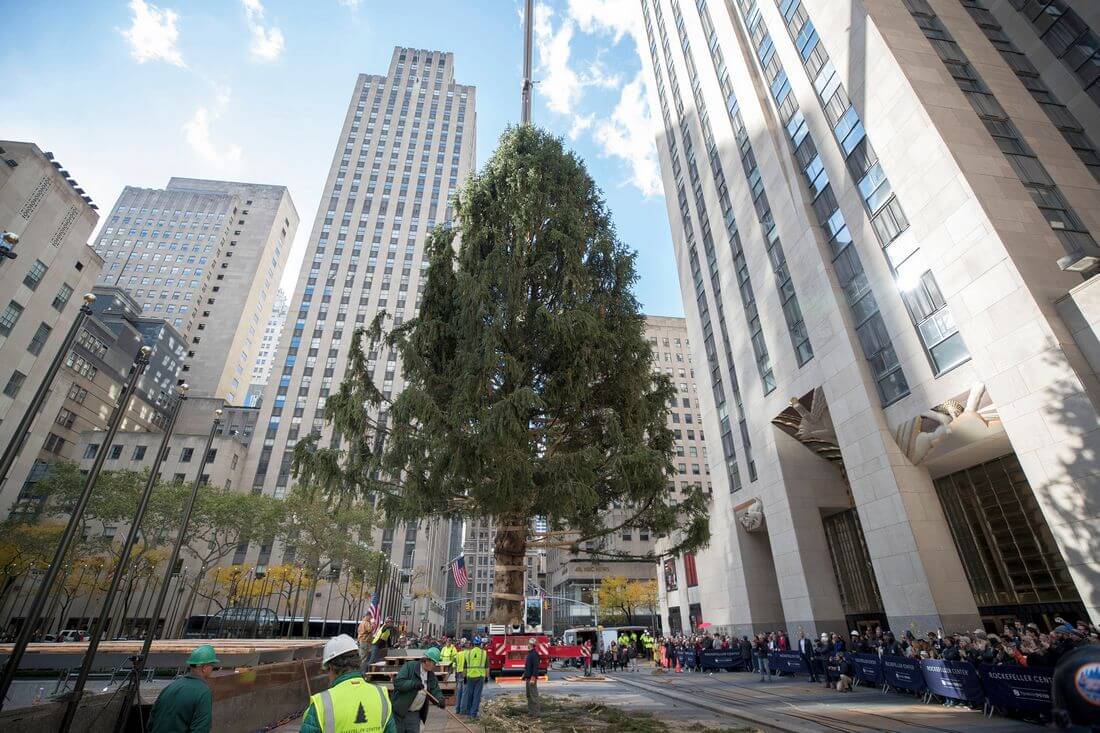 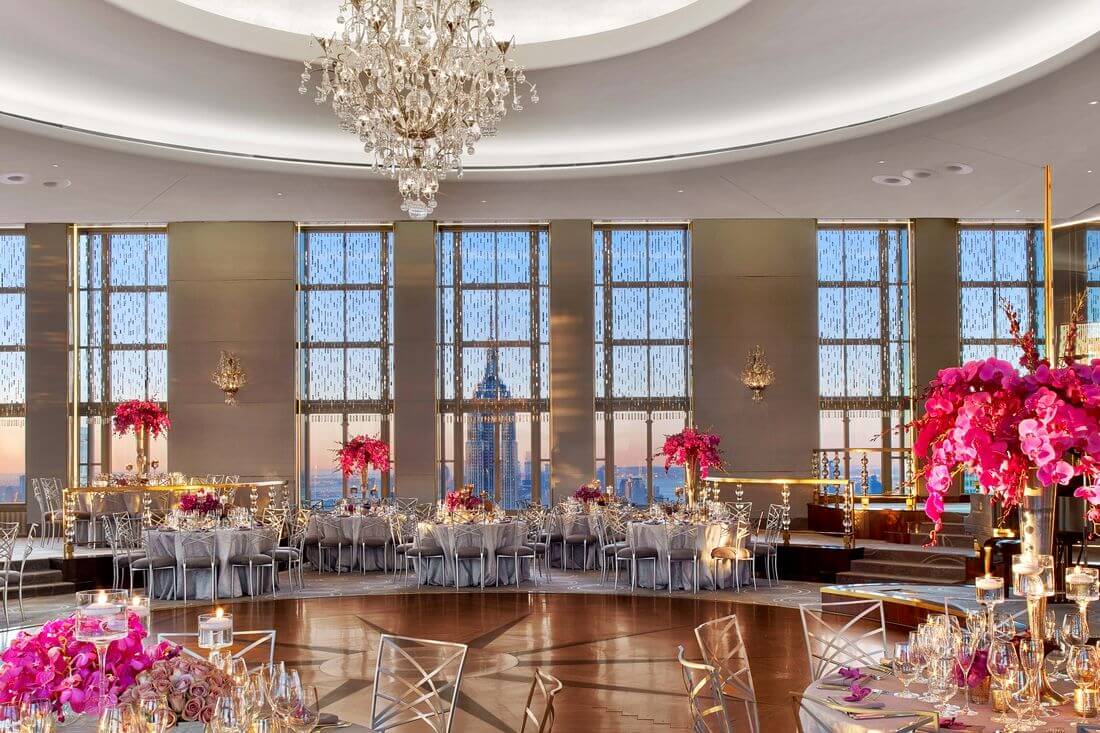 What is there and what should I do there if I am not a businessman?

Easier to say what is not there.

Of course, most of the premises were given for business. In the depressive 30s this was a bit tight, so for several years he was half empty. But as soon as the economy began to grow, there was no end to tenants. 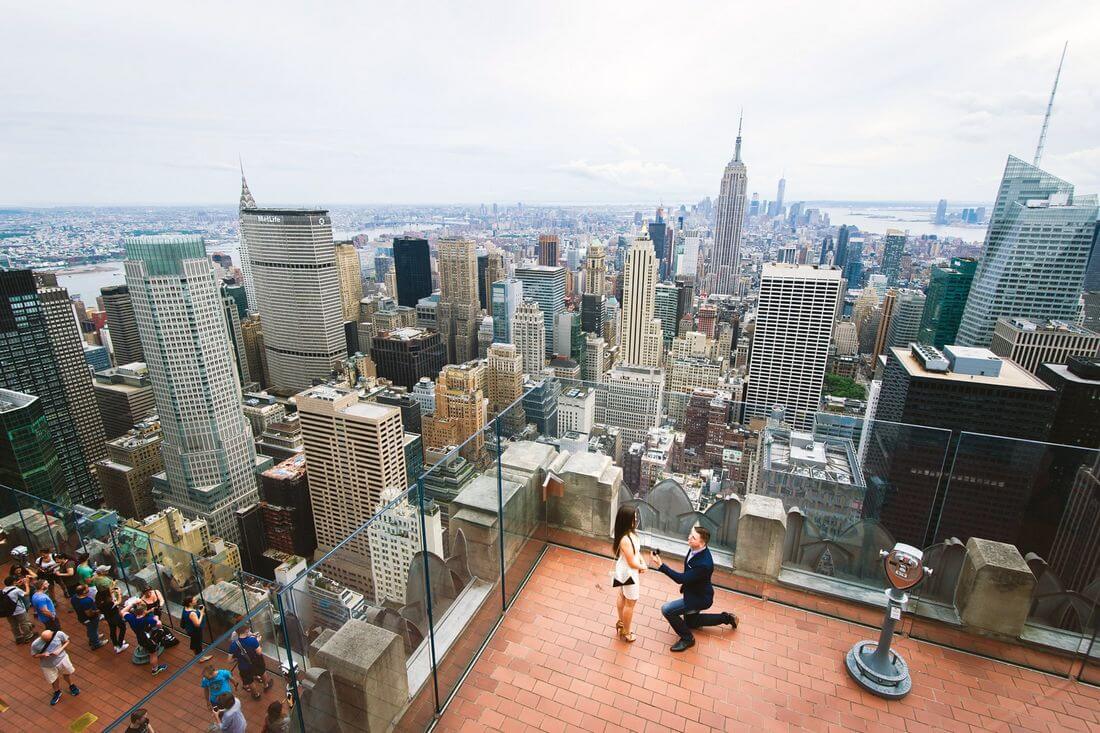 Representative offices of more than 600 companies are located in the modern Rockefeller Center, including the NBC studio and the 70-story Radio City Music Hall. Despite the fact that the building has long been included in the list of US historical monuments, it is managed by a private Japanese company, Mitsubishi.

For "mere mortals" everything is no less colorful. In addition to several shopping centers, there are restaurants in the Rockefeller Center buildings (including the famous Rainbow Room overlooking Manhattan), beauty salons, creative workshops, museums, attractions ... I want to serve all of my “want” and “need”, moreover having fun along the way is about the Rockefeller Center.

The most interesting is located on the lower tier. A large underground square between the towers in the summer plays the role of a tropical cafe with palm trees, and in the winter - the most popular skating rink in Manhattan. On the eve of Christmas in the same place establish one of the main fir-trees of all USA.

And here there is an observation deck Top of the Rock, which does not just do the same for the Empire State Building - the Empire itself can be seen from it. And the rest of New York's beauty is 360 degrees. Entry to it is cheaper, the area is larger, and the views are much steeper. The best panoramas of sunsets and sunrises over New York can be shot there.

On the roofs and in the galleries there are real gardens and mini-parks with fountains. And to make it easier to reach, there is a 47th-50th street metro station on the territory of the center.

Rockefeller Center is one of the iconic objects for New York. With excursions from American Butler you will definitely not pass him by.
Send a request
New York
Sights
Festivals
New York City Restaurants
New York Parks
New York Museums