Ground Zero is one of the oldest shopping districts in Manhattan. He experienced great glory, and great sorrow, but that is why he only became stronger. We will tell about Ground Zero of two epochs, the difference between them is just one day.

The name of this place is not taken from the sky - in the 17th century, part of the area was covered by the waters of the Hudson. At least two British ships sank in Ground Zero. Later, when land became available to humans, the land was called the “Zero Level” - Ground Zero.

Most of the territory is managed by the Port of New York.

Until the 1970s, this area was better known as Radio Row, a huge market for electronics and home appliances. The place turned so green that it was there that they decided to build the World Trade Center.

All small shops were demolished, the area is almost completely cleared for the construction of a symbol of a strong American economy - the giant twin towers.

The whole world really knew about them. True, not at all in the way that the creators wanted. 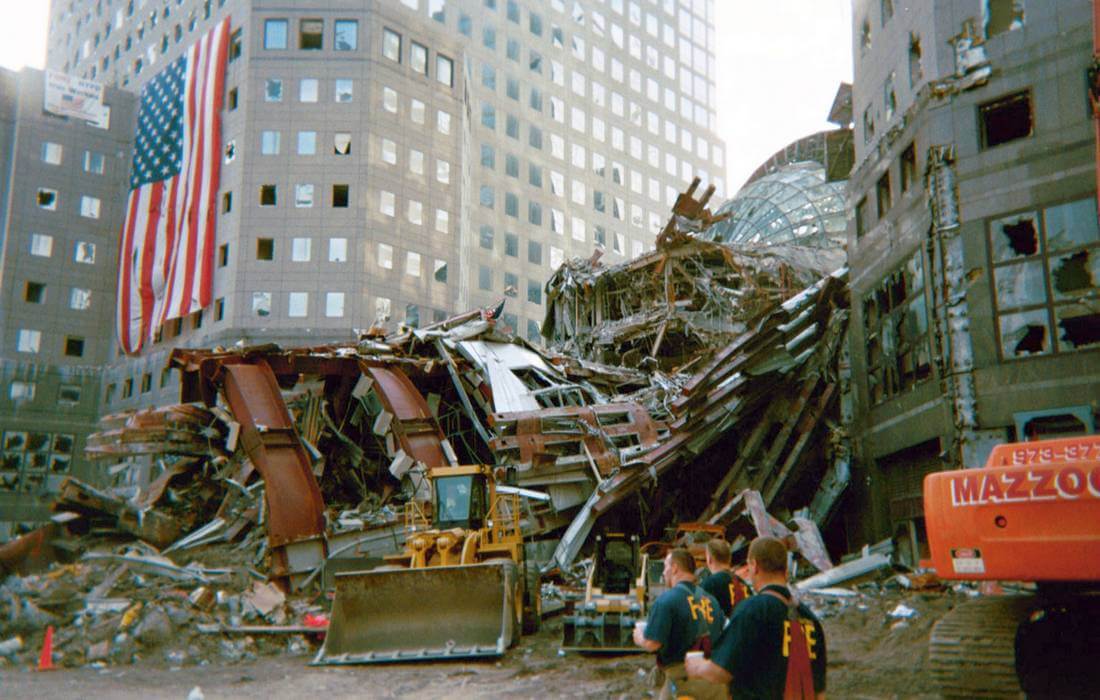 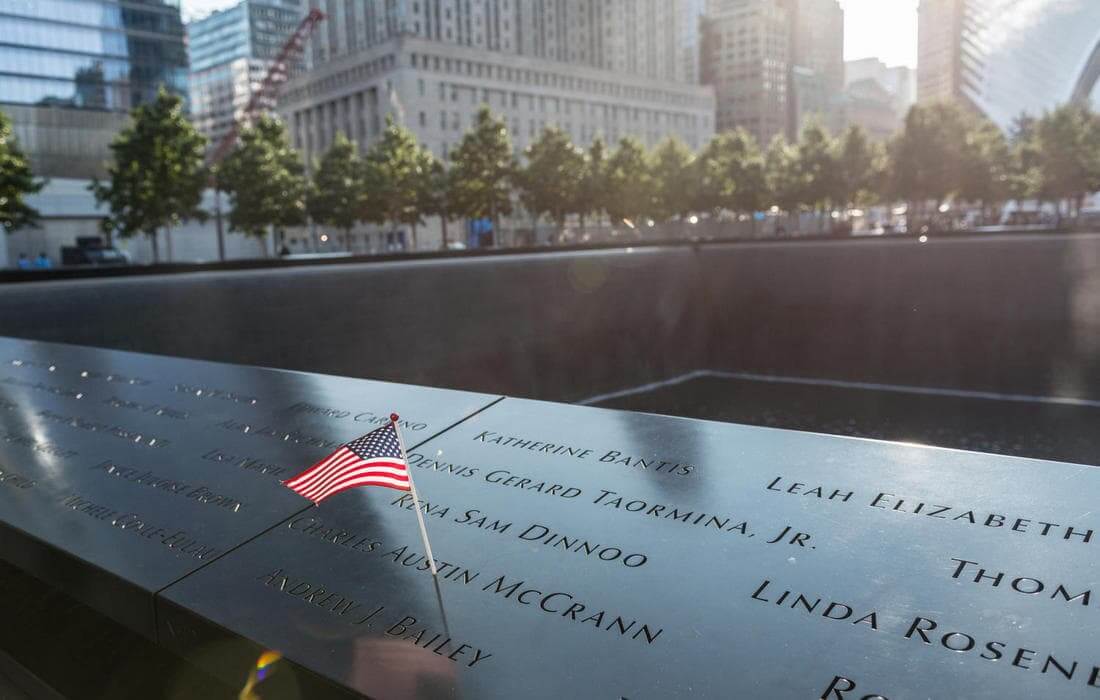 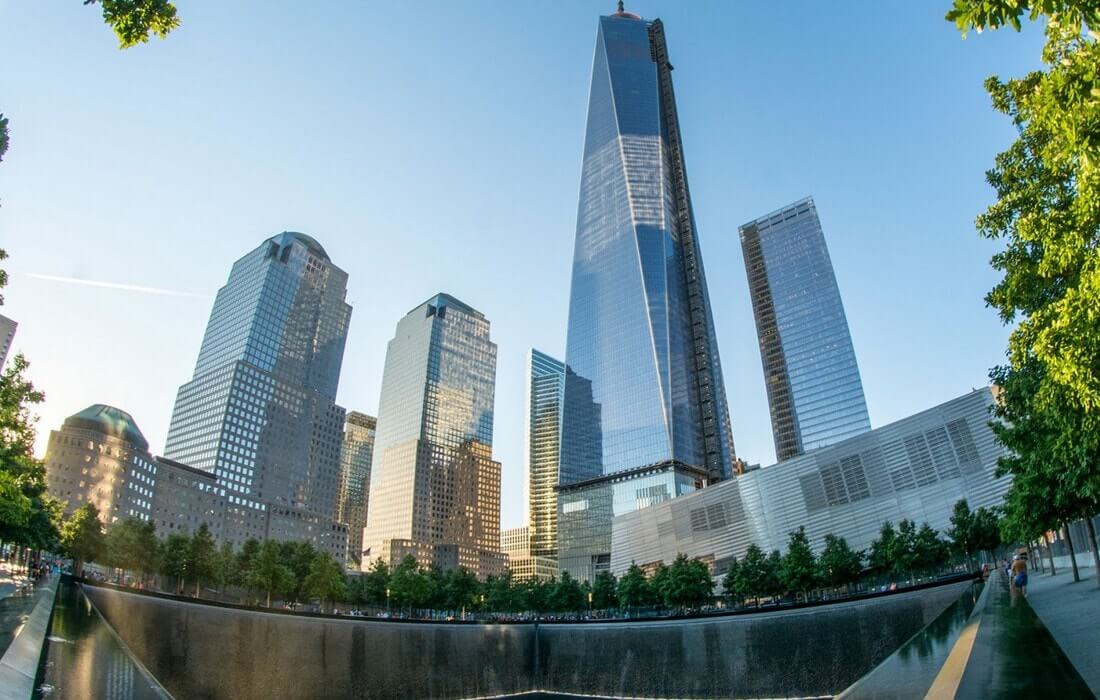 On September 11, 2001, al-Qaeda members committed four terrorist attacks with the hijacking of aircraft. Two of them at full speed, with full fuel tanks crashed alternately into the first and second towers of the World Trade Center. This day (more often it is simply referred to as 9/11) cut in two the life of not only Ground Zero, but of the whole country. Nearly three thousand people died, most of them were located in the buildings of the center or not far from them.

Both 110-storey towers collapsed as a result of the collision and fire. Debris and toxic ash spread for miles around. A column of smoke was visible even from space. Buildings near the towers were either seriously damaged or completely destroyed and were subject to demolition.

It took two weeks to put out the fires, although the corruption in the rubble lasted almost three months. It took eight months to complete the debris. New York was paralyzed with horror, and the good old shopping corner near the water, Ground Zero, suddenly became his ragged wound.

On the site of the foundation of the destroyed towers today is the National Memorial to the victims of the tragedy. It is a museum and two large fountains, the water of which goes down to the center - the square black abyss. 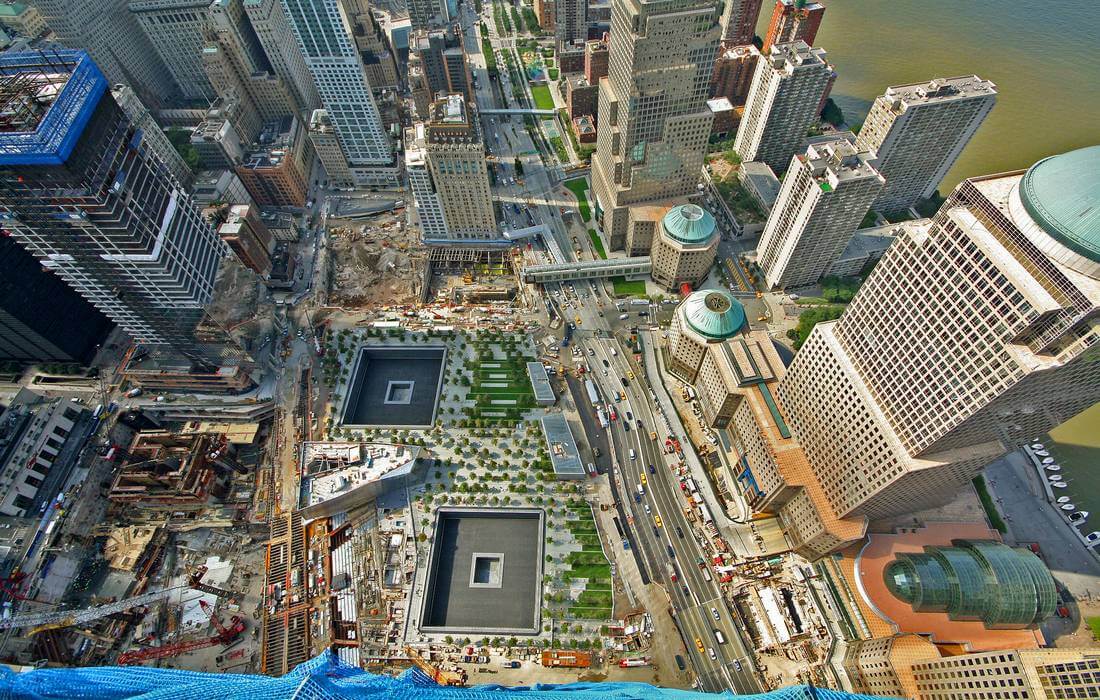 Around, on the sides of the fountain, carved the names of the dead. In some of them flowers are inserted - this means that this person today could celebrate a birthday. On the anniversary of the terrorist attack, spotlights on the site of the memorial send two powerful pillars of light into the sky.

Both fountains are surrounded by trees. Among them there is a pear, which once survived this tragedy, and then bloomed again. The tree is carefully looked after and protected as a symbol of stamina and thirst for life.

The area around the memorial is built up with new skyscrapers of the World Trade Center. Now there are already six of them, but each was built through protests of Americans. The notorious place does not give rest to not only superstitious people, but also to the relatives of the victims. After the cadre of tragedy that has flown around the world, people still cannot recover from grief and fear.

However, a visit to Ground Zero is definitely worth it. At a minimum, to commemorate those who have never come out with a glass of coffee in a square nearby on their lunch break. And as a maximum - to understand what kind of courage, unity, effort and will to live should be imitated. And the fact that good will still win even the strongest evil.

American Butler can help build a route around New York — visit Ground Zero and other places of interest in the city without missing a single important point.
Send a request
Also read
St. Patrick's Cathedral
St. Patrick's Cathedral looks much more impressive than its present age. It seems that this giant really comes from the Middle Ages - as if someone had magically transferred it from an old European… Read more
Broadway
Broadway is not just one musical theater or one street, as many people think. Broadway is a New York mini-universe with an entire scattering of theaters, clubs and concert halls. Read more
Rockefeller Center
The Rockefeller Center fully reflects the ambitions of its creators. If someone else follows the “house, tree, son” formula, here is an example to follow: to build 19 skyscrapers in Manhattan… Read more
Grand Central Terminal
Grand Central Terminal is the oldest and most beautiful train station in New York. You might think that at the station, by definition, there can be nothing interesting, but this is not true. Grand Central… Read more
How to refuel a car in the USA
Читать еще
Credit history
America lives on credit - everybody knows it. But how do the Americans manage not to get caught up in debt? We will help to understand this issue and not to break the eye of complex terms. The new material… Читать еще
Why everyone loves Steve Jobs
Читать еще
US Michelin restaurants
We continue the theme of restaurants! We take above - restaurants throughout America. And not just good, but the best of the best. So, the top 10 three-star restaurants according to the Red Michelin Guide.… Читать еще
Hoover Dam
Hoover Dam is one of the highest dams in the world, and at the same time a powerful hydroelectric power station. Tourists and residents come here to see the incredible scale of construction, go boating,… Читать еще
Craft Contemporary
Craft Contemporary is a building with more than half a century of history, a gallery of folk art. Since Los Angeles has become an important international art center, the Museum of Crafts and Folk Art… Читать еще
Ground Zero 5 1 0 0
Sharing: