Grand Central Terminal is the oldest and most beautiful train station in New York. You might think that at the station, by definition, there can be nothing interesting, but this is not true. Grand Central - a storehouse of stories. 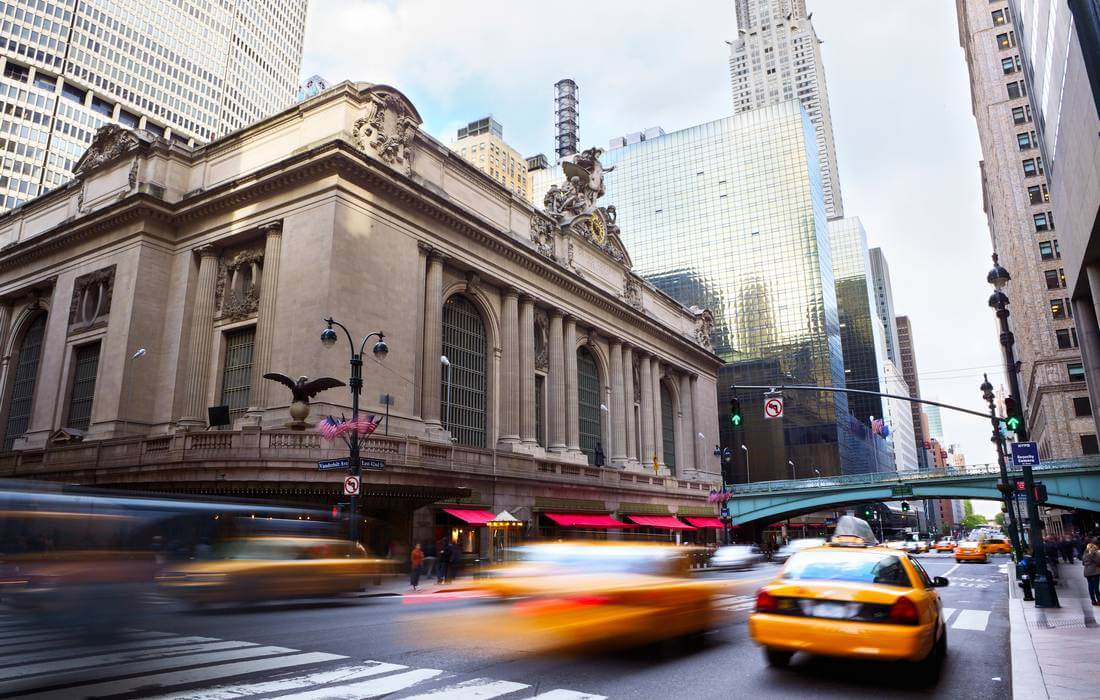 How it all began: history and development

New York Central Station was not always so luxurious, large and noticeable in every way. Since 1871, on the site of the modern Grand Central was an ordinary railway station. Three branches converged at this place, so the station served as a transfer hub only.

The master of all this was transport industrialist Cornelius Vanderbilt. As a true descendant of the Dutch, he focused on shipping, and I must say, achieved considerable success in this. With the railway business, everything just didn't work out - a few branches and the old station at the disposal of his New York Central company seemed like a trifle.

But what was really big was the station and the route of the Pennsylvania Railways. Their scale and fame prevented Vanderbilt from sleeping well. By the end of the century, patience broke - Vanderbilt's company set out to build a large depot. So called - Grand Central Depot.

The reason that the depot was really Grand - banal competition. Even, rather, vanity.

The depot made it possible to expand the number of routes from three to several dozen and wipe the nose of the Pennsylvanians. But the joy was short-lived - in 1902, two moving trains collided in the depot tunnel. As a result of the accident, 17 people died, another 35 were seriously injured. Authorities have banned the movement of locomotives throughout Manhattan.

The only way out for New York Central was a change of profile - electric trains instead of steam locomotives. But for this the depot building was no longer suitable. And so began the construction of the century.

The entire station was rebuilt until 1913 and renamed the Grand Central Terminal. The new building had a record carrying capacity: 44 platforms and 67 tracks - so far, no railway station in the world has surpassed these figures. Station connected railway lines with three metro stations. By 1947, passenger traffic reached 65,000,000 people.

Grand Central Terminal is made in the style of Bozar - a mixture of French Baroque and Italian Renaissance. So, huge windows, high decorated arches, columns, light marble and space are not just available - they amaze with their scope. But Grand Central is not famous for its architecture. 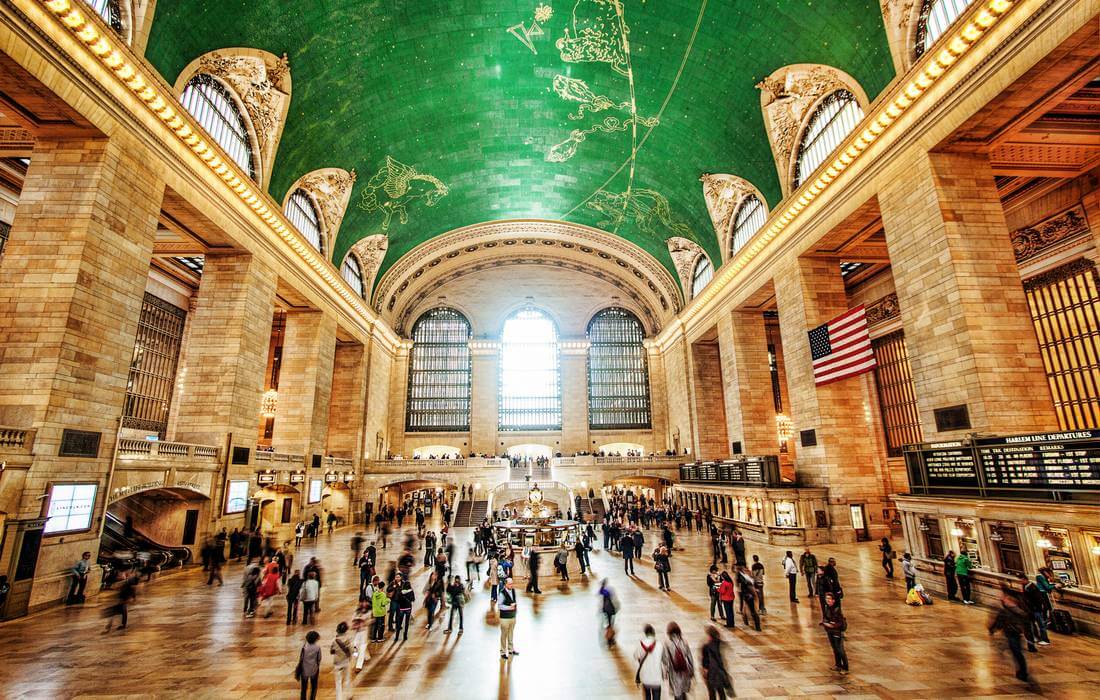 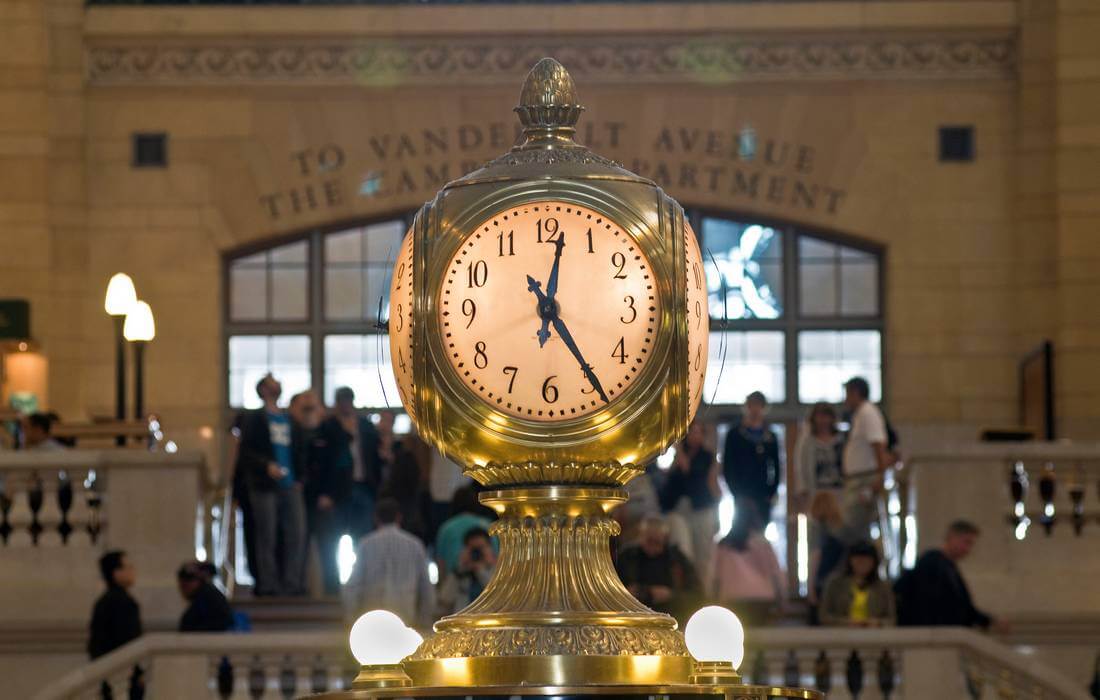 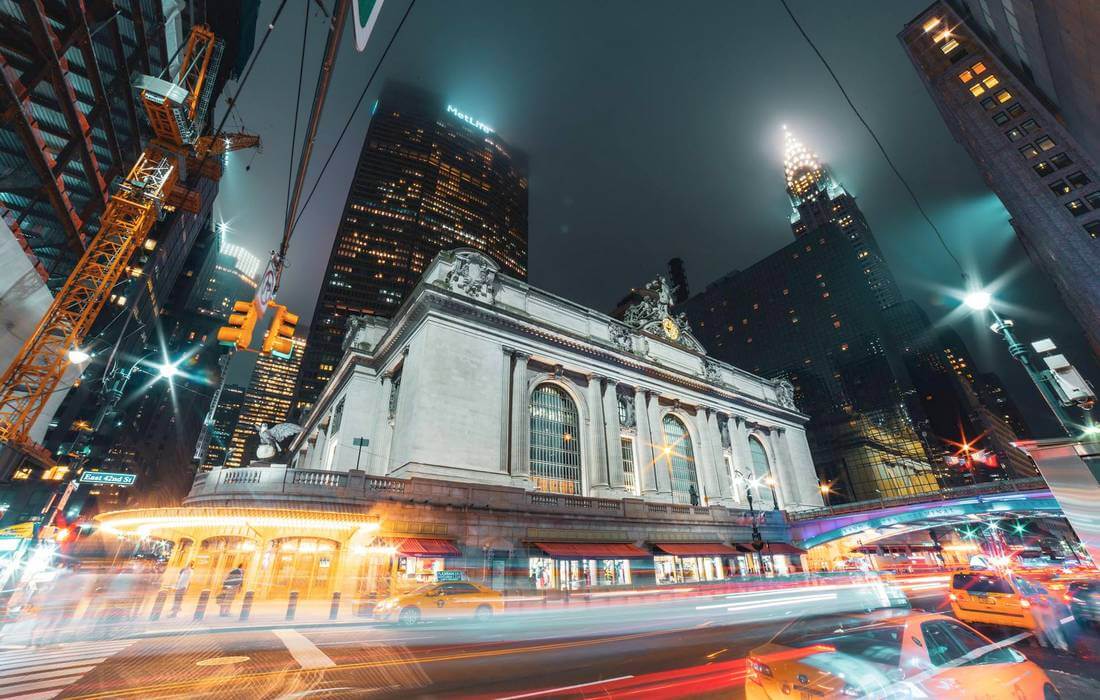 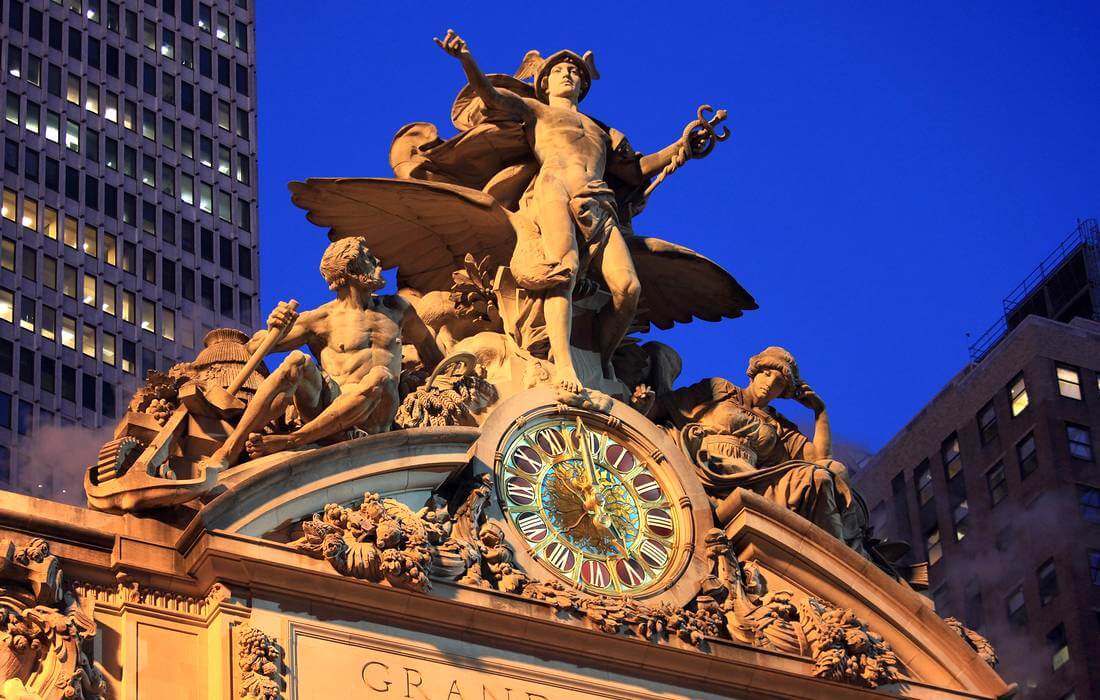 War for a long life

In the 50s, the railroad boom in the United States ended. Long-distance transportation by train ceased to be in demand - cars and airplanes were much more convenient and faster. By the 60th, bankrupt companies began to hastily demolish buildings and sell off land.

The main competitor of New York Central, the company of the Pennsylvania Railways, also lost its flagship - their beautiful vocals were demolished, and modern Madison Square Garden was located in its place. The same fate awaited the Grand Central Terminal.

The building was saved by public outcry. People united in defense of the building, and Jacqueline Kennedy became the conductor of this community. Protests and courts lasted a total of more than 15 years. Only in 1978, the US Supreme Court decided to take the building under protection as a historical and architectural monument. Only now the railway company finally went bankrupt.

Until 1994, the Grand Central Terminal operated at half strength, was covered with dust, dirt, and was destroyed by time. The mta transport company became a new savior from death: they rented the building for 80 years and what brought it in order. Restoration and leading of the terminal to the reference sample of 1913 required 4 years of intensive work.

There are Grand Central and local legends. For example, about secret platforms for presidents and special services. Rumor has it that only Roosevelt used this, but there is a mass of them.

Before the restoration, the building had black ceilings. Many people think that this is an old burnt from locomotive pipes. Only here, the Grand Central Terminal took only electric trains, there was no place to take the tracks of locomotives. In fact, this is a thick layer of soot, formed from the smoke of cigarettes and pipes of passengers - it’s better not to invent social advertising about the dangers of smoking. Today, the ceiling was cleaned and it was impossible to smoke there, but for the history they left a piece - it is located right above the steakhouse of basketball player Jordan.

And there was once a real ballistic missile in the building. Opposite it, there was even a round hole in the roof - so that during the Cold War, people believed not only in the might of the USSR. Cool? And this is not all that holds the legendary Grand Central!