The sights of New York are so steep and plentiful that it’s better to lay them off for a week or two to visit them. And about those that should be covered in the first place - in our material.

In fact, New York is one big tourist attraction. In spite of the fact that the USA is a relatively young country, there are so many amazing places, monuments and buildings that the eyes diverge. Even if you just leave the house, you can stumble upon something insanely interesting - from the famous yellow taxi to the bridges from the panoramas of American cinema. 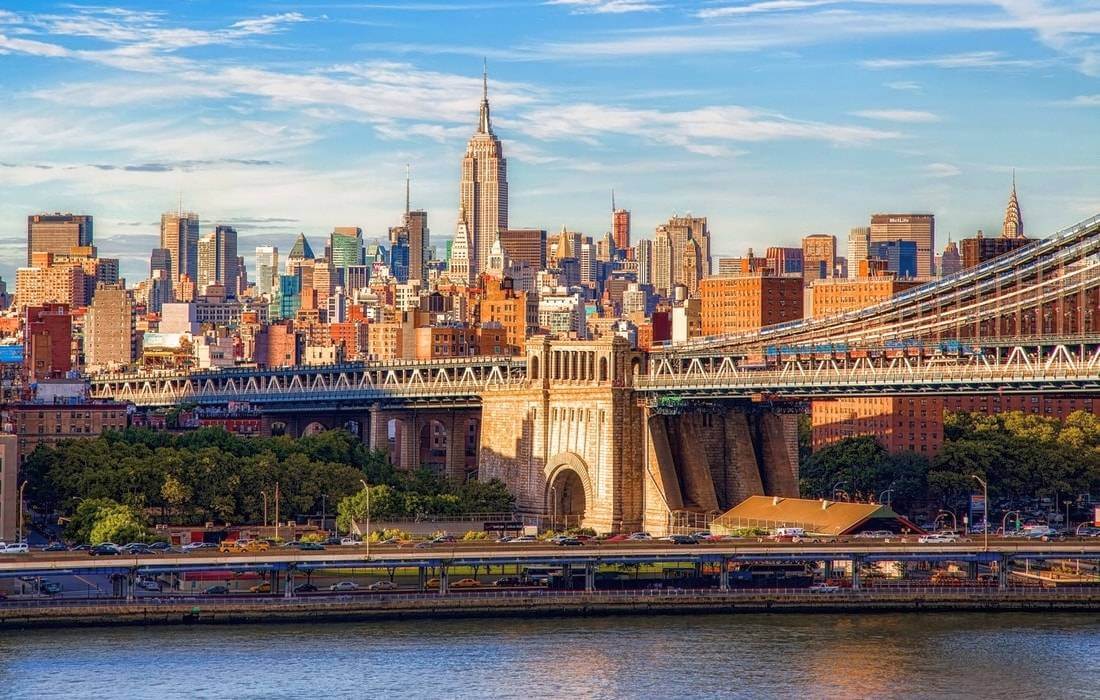 That's what this city is rich with - so it is on the skyscrapers. But there are three among them, without which New York is not New York.

One of the first giants, a symbol of the economy that emerged from the Great Depression, and simply the favorite of King Kong. A truly iconic place for all of America. 381 meters of pure power of money and reason!

The most beautiful skyscraper in New York. Honestly, the most! Art Deco masterpiece in a steel crown. For the past 50 years, he has been at the top of the favorite buildings of New Yorkers and is one of the most stylish high-rises in the world. Such a meeting you will not forget.

The Chicago-style triangular iron skyscraper has been breaking brains for tourists for decades. From several angles, the building seems completely flat! And it is also in a special relationship with the wind - about how he blows legends near Flatiron . But it is better to feel once than to hear a hundred times. 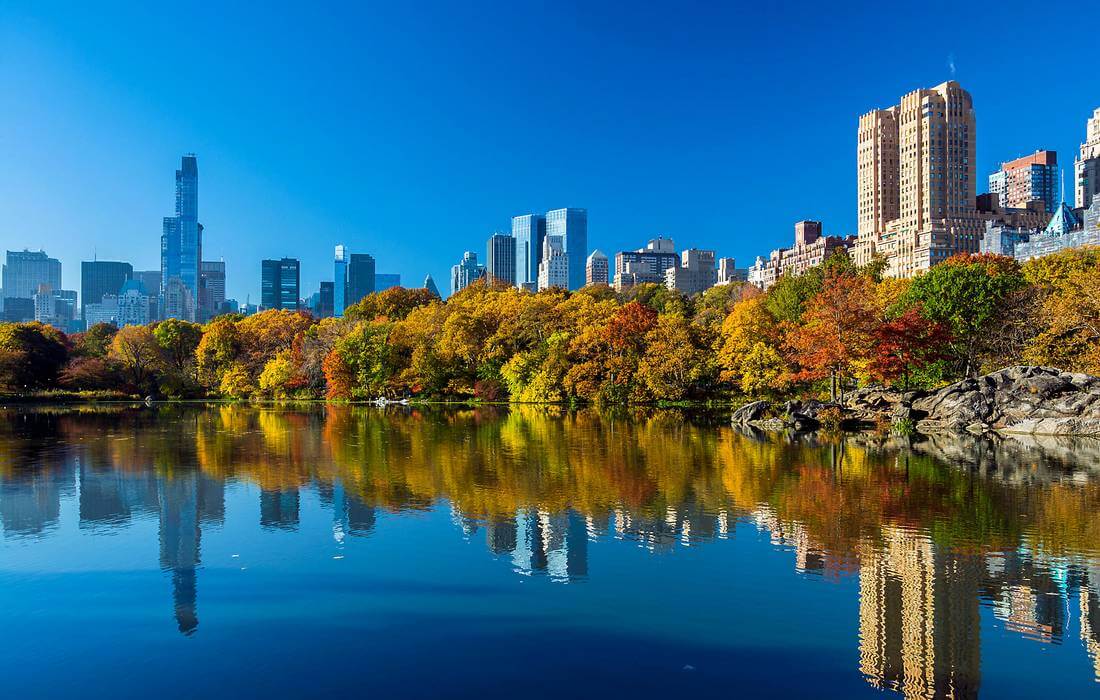 The first inhabitants of New York are the British and the Dutch. That those that others love and know how to make the beauty of everything that grows.

A legend known to everyone: even if you have never been to New York, you probably heard about Central Park. But you can hardly imagine the true scale, scope and beauty of this place. The green heart of New York. And also a corner of real democracy and a symbol of unity of people in the name of creating beauty.

The most unusual and romantic park in the city is certainly Highline. It is located on the old railway tracks - rusty iron and concrete are now buried in lush grass, smell of wild flowers and framed by stunning architecture.

Almost at the water's edge, in the south of Manhattan, Betteri Park is located - calm, sedate, and in its own way majestic. Densely planted with trees, it separates the business part of New York from the coastline. And from there you can see the following beauty.

They know how to build!

That's for sure, the most famous symbol of the United States. Few people know about the history of this statue. And she is oh so rich - Freedom, we have, it turns out, a Frenchwoman. However, in the country of emigrants she was given a warm welcome and loved as her own. And she loves guests - anyone can rise and look at the world from her crown or torch.

Want to know what the exchange competition in New York? Look at this goby. Not just like that he froze in such an assertive powerful pose. The monument symbolizes fortitude and stubbornness on the way to the goal. That's the way big money is submitted.

The tragedy of 9/11 is still a pain in the hearts of Americans. But even such a nightmare in reality will not be able to break the will to live and the power of good: this is what the memorial complex tells. On the site of the destroyed twin towers there are two mourning fountains, and young trees are planted around.

It is not always necessary to specifically look for sights - sometimes they are right under your feet.

Central street of Manhattan. From it comes the numbering of houses, there is a bunch of urban legends and millions of people are delighted. Here it is - luxury and success in American!

The longest and most creative street of the city. There are a whole block of theaters here! Want to feel the spirit of New York? Then you here.

This square never sleeps! To hang out in these crowds, look at the illumination from advertising screens and learn the history of this place is the sacred duty of every tourist. 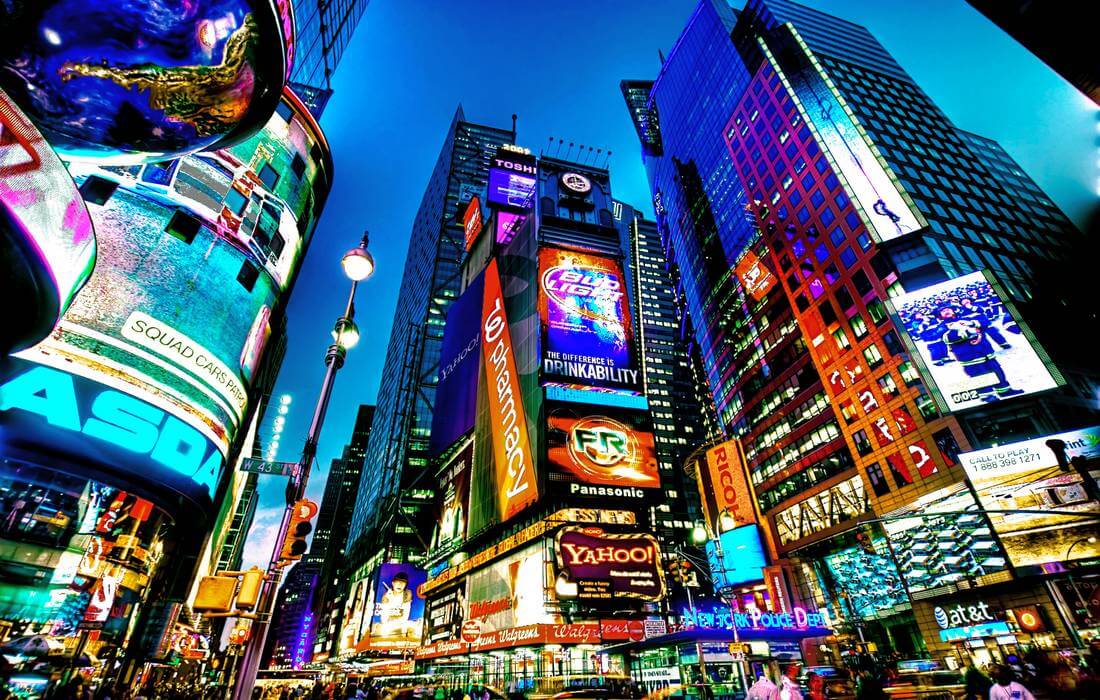 The focus of beauty, knowledge and impressions.

One of the best museums of history and art in the world. The unique collection and monstrous installations will impress even the most sophisticated.

Watched "Night at the Museum"? Live it for real! The Museum of Natural History will be able to occupy both children and adults for several days in a row. And yes, giant dinosaurs there are much more than one.

Already outside the museum impresses with its cosmic forms, and inside it is completely breathtaking. If you capture too much, at your service is a real golden toilet and other masterpieces of modern art.

And that's not all! Read about each of these and many other attractions on our website. We regularly talk about the most interesting and show America from all sides.

And if you want to personally see this placer of New York beauty, write to us at American Butler!

We will help organize the best tour in the United States, based on your desires and interests.
Send a request