St. Louis Cemetery is the oldest cemetery in New Orleans. It was opened in 1789, when the previous burial could not withstand the growing population of the city. This is a complex of 3 separate cemeteries. Its main feature is that people here are not buried underground, but above it. Why? Now tell. 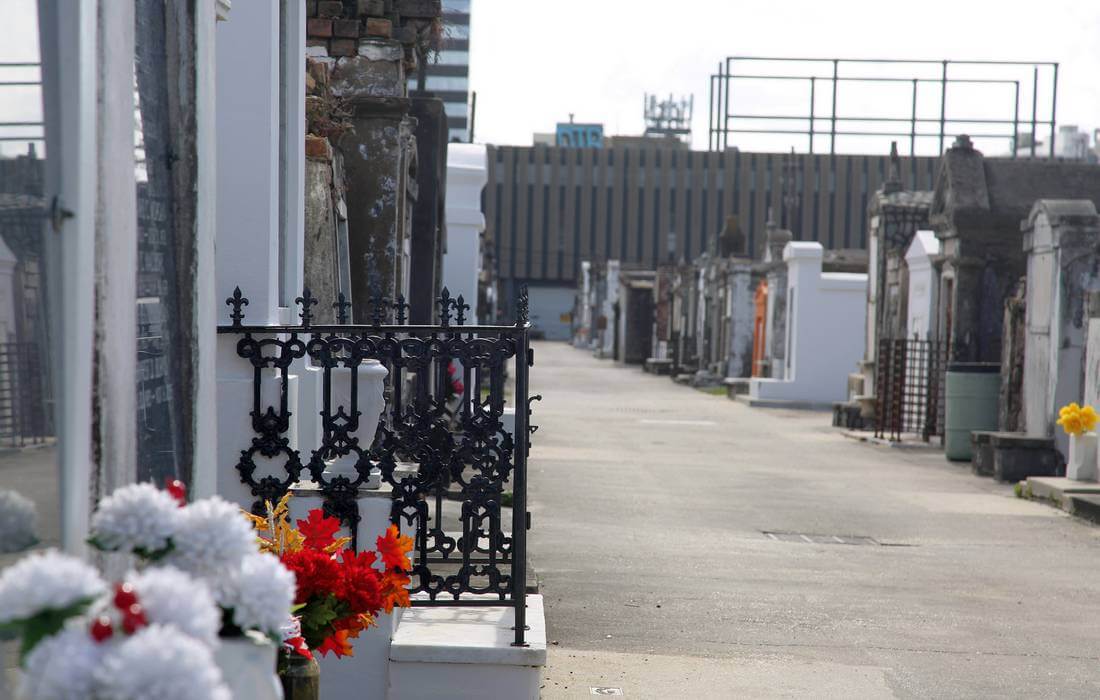 Located at the farthest parameter of the French Quarter, cemetery St. Louis remains to this day the most visited grave in all of New Orleans.

From 1725 to 1780s the cemetery on St. Peter’s street kept many people in its land. Soon the place was not enough due to:

To bury people somewhere was necessary, and the land had to be protected. Solid land was precious for residents, because the French Quarter was a kind of island, surrounded by swamps. The elevated tombs have become the solution.

At first, the tombs were scattered randomly - the cemetery was like a tricky maze. Later, the dead were divided by religion and race.

The problems of the past cemetery got close to the new - the population began to grow, and there was not enough space. Another problem was added, more unexpected. After the expansion it turned out that the cemetery came close to the red light district. Few wanted to bury relatives at such a place.

The head of the city decided to revive the area. Led by the Archbishop of New Orleans and with the help of non-profit organizations, St. Louis Cemetery has become a tourist mecca.

Since 2015, the archdiocese of New Orleans has banned outsiders from entering the cemetery without a guide. This is an attempt to reduce vandalism, pursuing a cemetery for decades after the necropolis became popular in cinema. 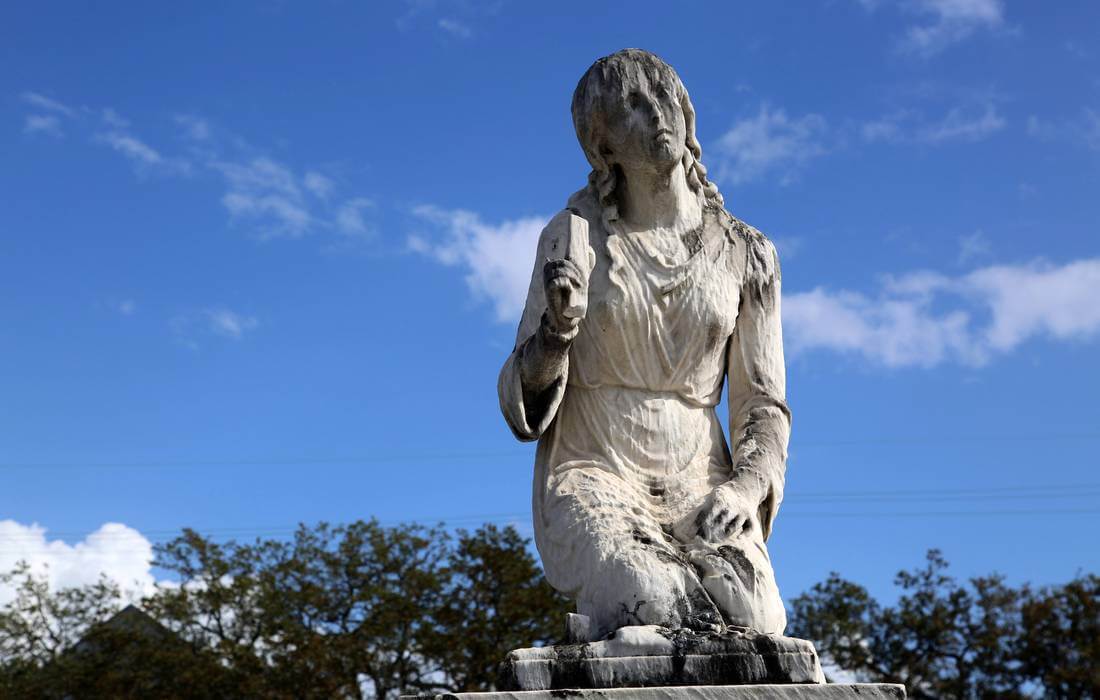 Who is buried here

Over the centuries, thousands of New Orleans were buried in St. Louis’s cemetery. From an ordinary person, such as many of us, to the famous and rather eccentric. The cemetery greeted everyone. Here are just a few famous characters from New Orleans that you will encounter during a tour of the cemetery. 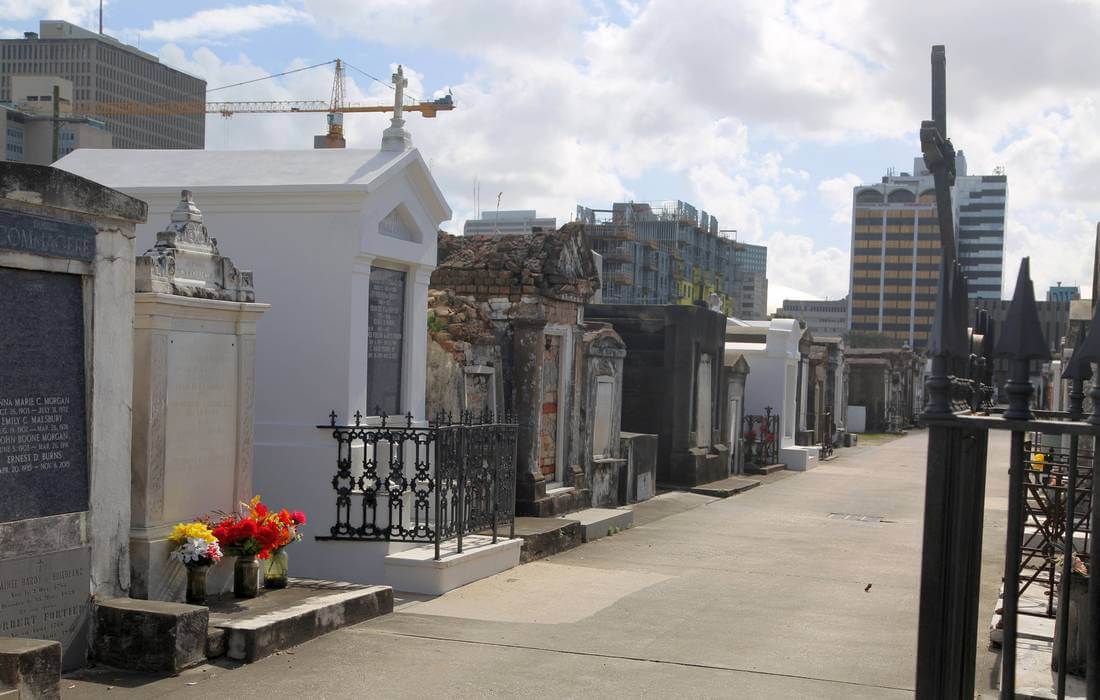 The infamous Queen of Voodoo. She was known as a woman solving the problems of the inhabitants with the help of voodoo magic.

Initially, voodoo is the African religion found in Saint - Domingo (now Haiti). Refugees brought him to the USA during the revolution in the early 1800s, as well as slaves. White slave owners did not repair this case. Even more - over time, they themselves began to resort to the help of sorcerers. So the popularity of voodoo and crawled around the country.

Marie Laveau was born in 1801 in New Orleans, when voodooism gained popularity. Lavo not only mastered the art of voodoo, but also united it with Catholicism. This is how the Louisiana voodoo, which still lives today, came out.

Legends and rumors have surrounded Marie Lavaux for centuries. During the nineteenth century, her ability to communicate with the underworld was feared and revered by all segments of society. The Queen of Voodoo officially married only once, although she later entered into a civil marriage with Christophe de Glapion, from whom she had fifteen children.

By the time Lavaux died in 1881, the inhabitants of New Orleans were convinced of her immortality. Some even claimed that the day after the funeral they saw her walking through the streets of the French Quarter. And you know what? This is partly true. The fact is that one of Lavaux’s daughters, Maria II, willingly pretended to be her mother for most of her life. 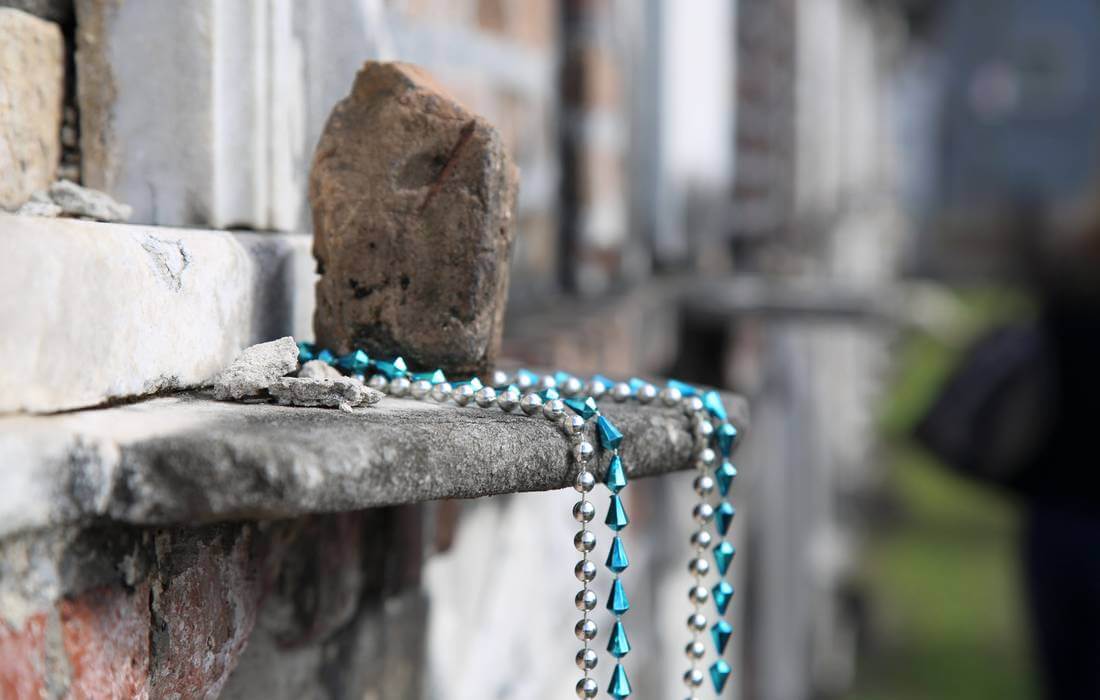 He was a noisy, ambitious nobleman who developed the Faubourg Marigny area east of the French Quarter. In childhood he was fond of gambling and regular getting into trouble. For this, Bernard was sent by his father to England. However, instead of correcting what his father wanted, he played dice.

And Bernard came 15 years. His father passed away, and the youth inherited a fortune. And ... this riches of Marigny also squandered. But spending was also for good purposes.

Marigny is solely responsible for preserving French in government and school systems after Louisiana was sold to America in 1803. He participated in the drafting of the first State Constitution after gaining statehood in 1812. He also supported the rights of illegitimate children.

1834 Quiet April evening. A fire breaks out in Madame Lalori’s mansion. Neighbors began to sound the alarm, but the hostess refused to give the keys. As a result, they broke down the door and ran to save the servants. And here even the neighbors who saw a great deal were shackled by fear. 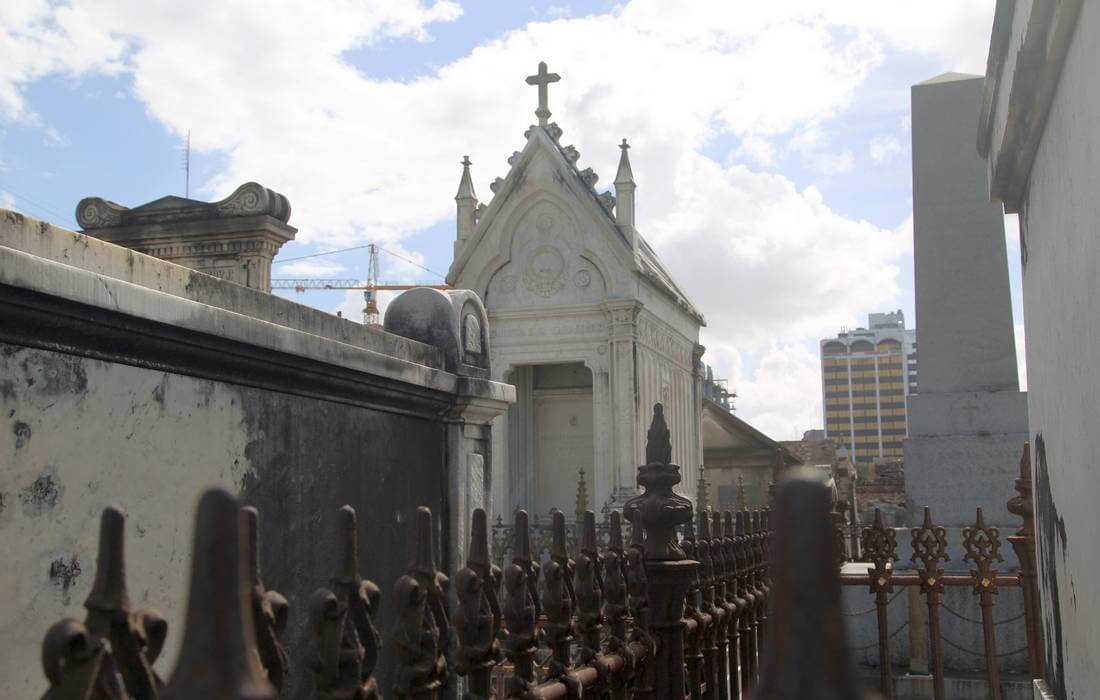 Lay on the floor dying slaves. But they did not suffer from smoke or fire. They were chained to the floor and disfigured beyond recognition, some of them - brought to exhaustion. Later it turned out that several slaves staged a fire, on which Lalory was experimenting.

About the owner-maniac immediately became known throughout the country. It turned out that the Dolphins ’contempt for the common people was raised from birth - her father was killed during a mutiny in a colony. Since then, she hid slaves on malice.

When the news of cruelty Lalori scattered around the district, the inhabitants seized rage. They broke into the mansion and smashed everything. No one got to the hostess, but death overtook her later.

Delphine escaped from lynching. She got into the carriage, drove to the embankment and got on the ship. Then her story is covered with fog: some notes indicate that she died from a wild boar while hunting, others - that from old age in Paris, others - that until the end of her life hid under a false name in Louisiana.

The generally accepted version is the latest. The remains of the cruel slave owner buried on St. Louis Cemetery. They say her the ghost still wanders among the graves.

The fascinating and eerie beauty of the cemetery makes it one of the leading tourist sites in all of New Orleans, attracting thousands of visitors every year.

Contact American Butler, we will arrange for you a tour.
Send a request