Bacardi Building is a must-see facility for visiting the resort and one of the city's attractions. This is one of Miami's most valuable architectural gems.

Where is the Bacardi building located 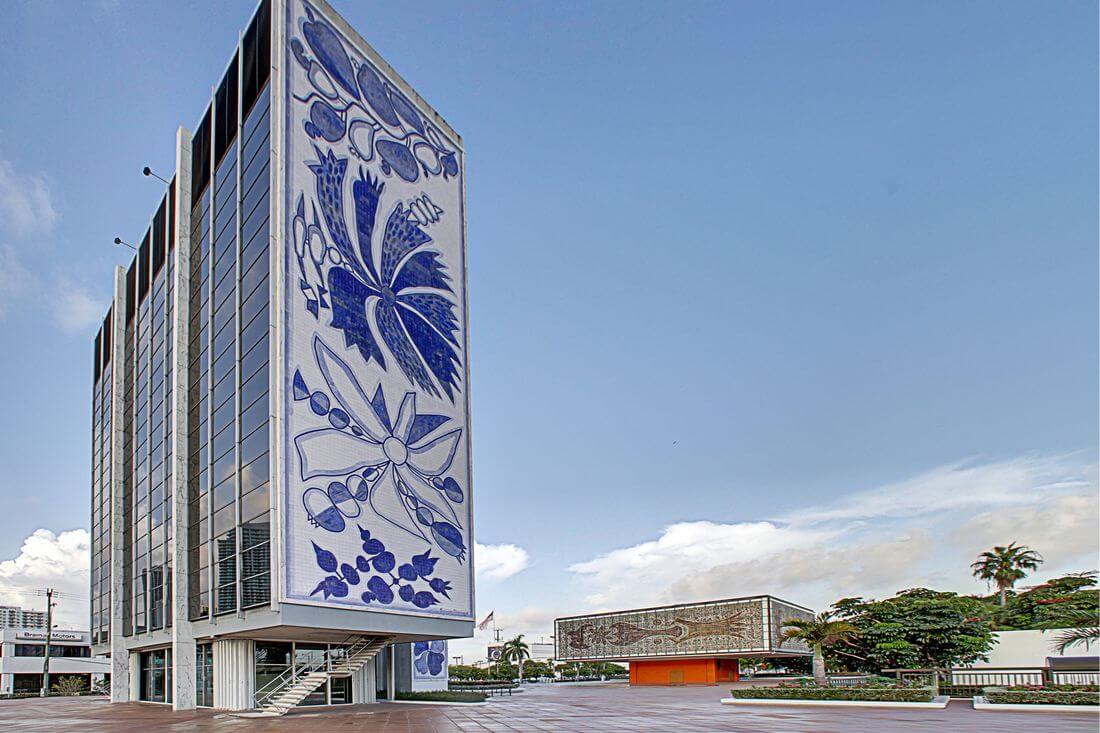 The state-of-the-art, high-tech Bacardi building in Miami claims to be the city’s cultural symbol, just like the Golden Gate in San Francisco, the Las Vegas welcome sign or the St. Louis Arch.

Bacardi Complex inspires architects, designers and stylists around the world. The problem is that in Miami there are too many architectural masterpieces and significant places. The competition for the sign of the city dragged on so much that the city so far has remained without a common symbol.

The Bacardi Building is located on Biscayne Boulevard 21 in Midtown Miami. If you just drive along the boulevard, you can skip the Bacardi Building and take it for a regular office building with a darkened glass facade. But from 42 Avenue you will be struck by the wonderful appearance of the building. The bright mosaic of deep blue and dazzling white in the entire huge facade is impressive and excites the imagination.

Bacardi House looks great at any time of the day - in bright sunshine or in soft night lighting with thoughtful lighting. It is from the sea that the Bacardi Complex looks like a real work of art, which it is. A huge delightful diamond in a chic frame of the best world resort.

Most people at the mention of Bacardi think of deliciously delicious rum. Indeed, Italian Facundo Bacardi was the first to distill and purify rum in 1830.

The story of the appearance of the Bacardi Building

The mosaic tower was built in 1963 and was used as the central office of Bacardi Limited until 2009. Architect Enrique Gutierrez. The shining ceramic facades at the ends of the building were designed by Brazilian artist Francisco Brennande and consist of 28,000 fragments. Awesome, colossal work.

In 1973, an extension was created, which is often called the “jewelry box” due to the complex shape of the cube soaring 47 feet above the ground, richly decorated with exquisite mosaics. The central supporting structure looks fragile and unable to hold a colossal volume.

Of course, visibility is deceptive and the support is absolutely reliable thanks to the most accurate engineering calculations. The modern architects, artists and engineers are simply breathtaking. The victory of the Bacardi Building over gravity is even more convincing than in the Freedom Tower on Biscayne Boulevard. 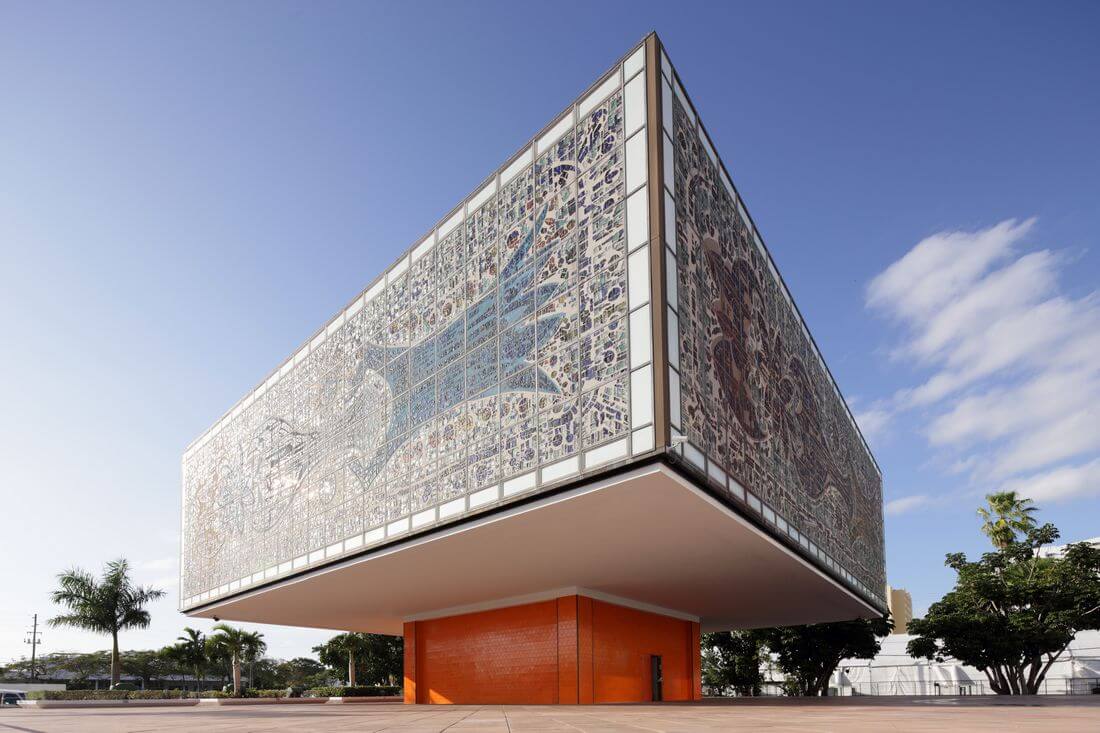 Thick glass mosaic repeats the work of the German artist Johannes M. Dietz's Johan Dietz, inspired by the true Caribbean spirit - a reference to the origins of Bacardi rum. Subtle artistic allusions, masterfully embodied in glass and concrete, are easy to read thanks to the amazing precision of execution. Even a person who is far from exploring the cultural heritage will stop and freeze to see and enjoy the beauty of the Bacardi complex in South Florida.

Today, the Bacardi building in Miami is owned by National YoungArtsFoundation, an art development foundation that does not plan to make the slightest change to the luxurious interiors and exteriors of the Bacardi Building.

A tour of the Bacardi Building is part of the American Butler Miami City Tour.