Bayfront Park was designed by the talented American architect W. G. Manning. Construction lasted about a year. And then it was modernized according to the project of the already Japanese artist-modernist and at the same time landscape architect and designer Isamu Noguchi. 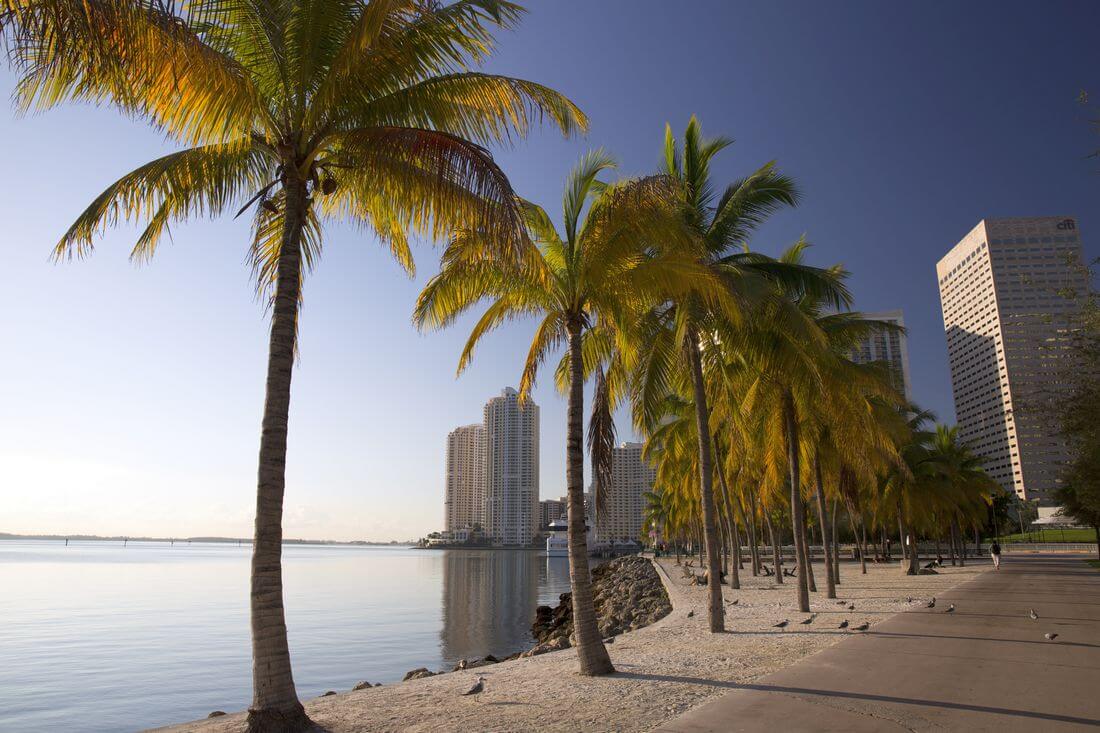 What to see in Bayfront Park

The square was officially opened since March 1925. Bayfront Park occupies a vast territory of 13 hectares and is located on the banks of Biscayne Bay in the city of Miami (Florida). On the north side, the border runs to the Bayside Marketplace and American Airlines Arena, from the west to Biscayne Boulevard.

And, since the park is located almost in the heart of Miami, all major city holidays are held on its territory: Independence Day, Christmas and almost all ethnic festivals and concert events in Miami.

The park primarily serves as the largest public park in Miami. It houses the Tina Hills Pavilion — an open-air area with a capacity of about 1000 people: 200 seats and 800 standing on the lawn, which is built for press conferences, concerts and social events.

There are many other attractions in the park that deserve attention and admiration. Here is the historic Challenger disaster monument. It happened in 1986 of the last century and claimed the lives of the entire crew of seven. This happened after a powerful explosion 72 seconds after the shuttle took off. The monument is a snow-white thirty-meter tower with a metal pipe structure. 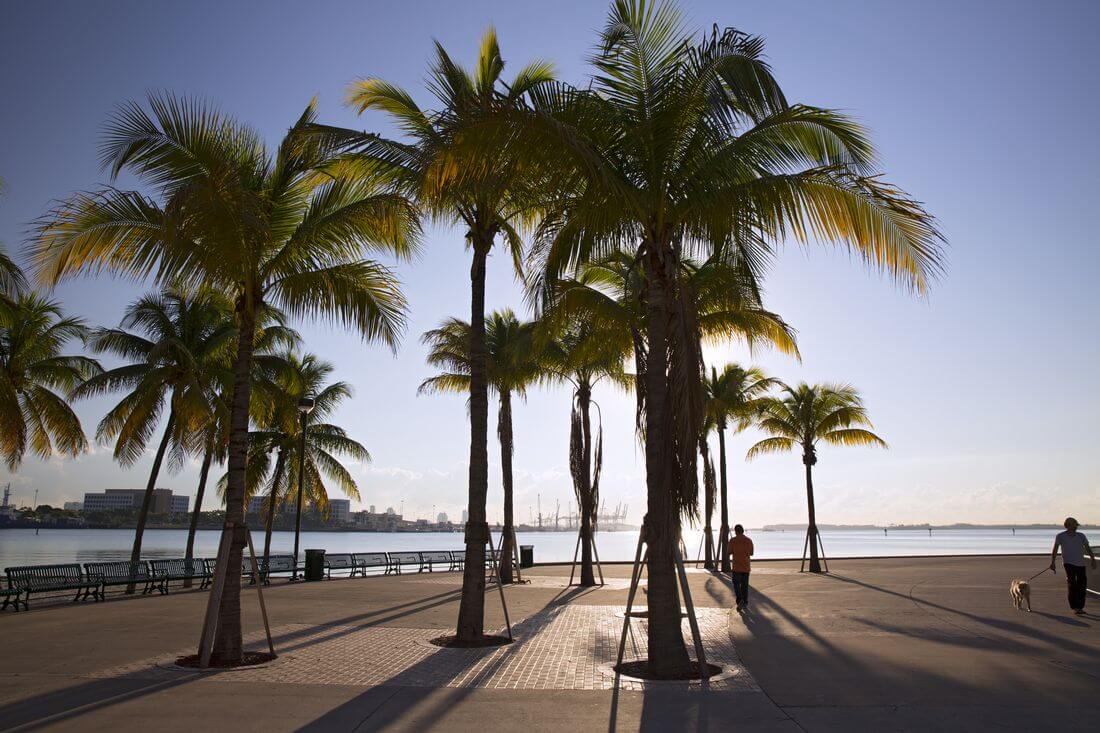 Bayfront Park: things to do

Miami Bayfront Park is an excellent place to escape from the hustle and bustle. The measured pace of life, original culture and a refreshing breeze restore moral strength and contribute to social development.

The family center of the same name in the park provides the opportunity to play traditional games such as golf and volleyball, and use recreational equipment for free. It is even possible to recall childhood and fly a kite. You can have lunch, a snack or just chat over a cup of coffee in the area where there are cafes and restaurants.

On some days, if you bring a rug with you, you can attend yoga classes. You can also go on a boat excursion and get acquainted with a lot of facts about the delightful Miami and the park itself. Or take a walk along the promenade, enjoying not only a magnificent view of the city port, but also breathing in the clear ocean air.

With any luck, you can watch ships from all over the world approach the harbor of the drawbridge and the cruise port of Miami. You can just take a walk and be inspired by the atmosphere of Downtown Miami, see the trinkets at Bayside Market, rent a scooter and ride along the neighboring streets.

A few blocks away from Bayfront park is its main crowded companion, Bicentennial Park or Bicentennial.

American Butler can open for you many interesting places in the USA.

Just contact us in a way convenient for you.
Send a request
Also read
Amelia Earhart park
Amelia Earhart Park is a wonderful place located in the north of the suburb of Hailia, in the west of Miami, and is ideal for families. Its area is located on 208.5 hectares of land, and the infrastructure… Read more
Matheson Hammock Park
Matheson Hammock Park is one of the oldest parks in the entire region, founded in the 30th year of the last century. Its founder was Earl W.J. Matheson. The total area is 255 hectares, in the northern… Read more
Fairchild Tropical Botanic Garden
The real gem of Florida's sunniest state is the Fairchild Tropical Botanic Garden. This is almost 36 hectares of fertile land filled with tropical plants. Thus, it is the largest botanical garden… Read more
South Pointe Park
South Pointe park is a walking and entertainment park built in Miami Beach in 2009 and occupying 17.5 acres (7 hectares). In terms of scale and quality of entertainment, it is compared with… Read more
10 traffic rules in the USA
You came to the US and wanted to rent a car, but you doubt the knowledge of the rules of the road in another country? It's okay, there is a way out. Read tips from American Butler! Читать еще
Mobile network operators in the USA
The good news for those who confuse "ringing" and "ringing" - Americans do not care. But how to make a call or message in the United States and not give the last shirt for it, the information will be… Читать еще
US Presidents
Читать еще
Miami Design District Dining
After decades of decline, Design District has gained fame as a place for art, design and fashion. There are more than 130 art galleries, exhibition halls, creative services, architectural firms, luxury… Читать еще
Hoover Dam
Hoover Dam is one of the highest dams in the world, and at the same time a powerful hydroelectric power station. Tourists and residents come here to see the incredible scale of construction, go boating,… Читать еще
Craft Contemporary
Craft Contemporary is a building with more than half a century of history, a gallery of folk art. Since Los Angeles has become an important international art center, the Museum of Crafts and Folk Art… Читать еще
Bayfront Park 5 1 0 0
Sharing: