During its one hundred and twenty-year history, this city has traveled a dizzying path from a modest postal shop to one of the most vibrant entertainment centers in Florida, famous for its casinos, jumps and charming beaches.

The beginning of the city laid the construction of the railway. For Florida, this is not uncommon: the trains increased trade and tourist visits, many villages grew like magic. But in the case of Hallandale, it was a little different: the railroad management itself decided to participate in the development of the peninsula. 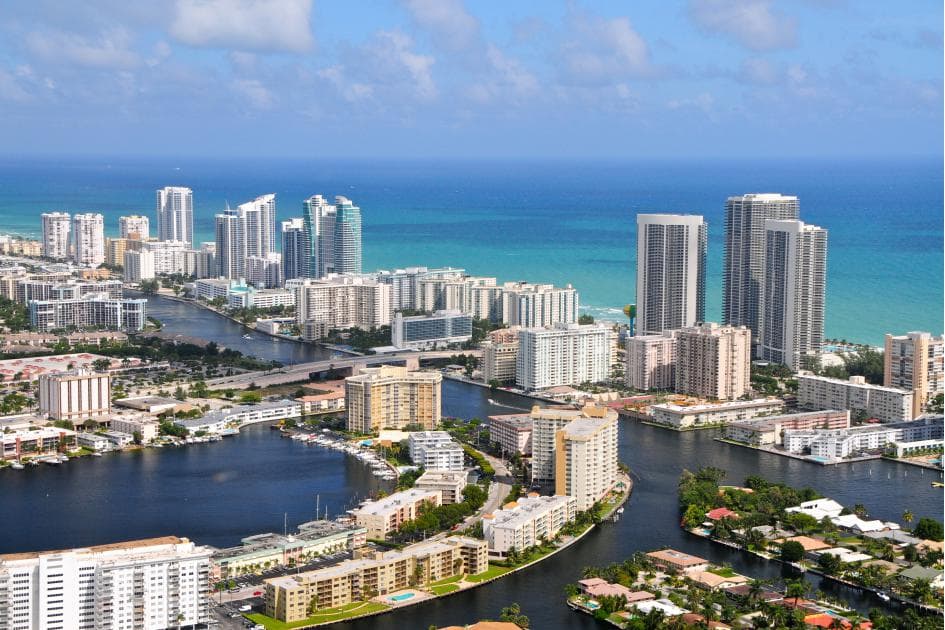 In 1895, Luther Halland received an order from Henry Flagler himself, a railway magnate, to found a new settlement. Halland and his partner, Swedish immigrant Olaf Zetterland, executed the mission. On the then cheap land plot, the first postal kiosk appeared, and Halland, the first postmaster, modestly christened the settlement in his honor.

Five years later, the town consisted of a dozen families, a school and a church were built. By the beginning of the 1930s, the city could boast a population of 1,500, electricity and street lighting. In 1947, the municipality bought land along the ocean coast, and in 1999 changed its name to Hallandale Beach. 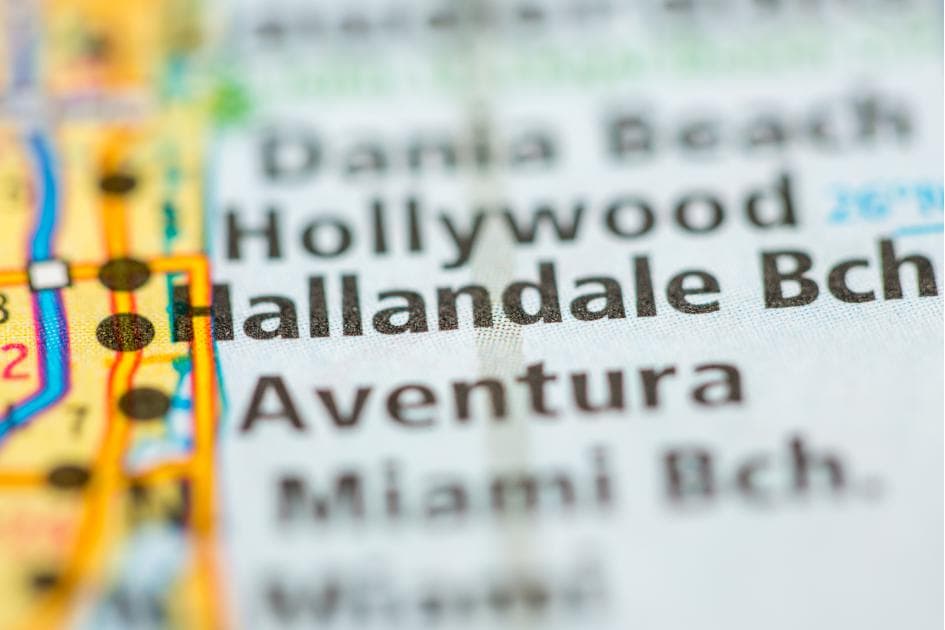 Golfstream Park is one of the oldest institutions of the city, founded in 1939 by the Donn family. Soon after the discovery of the field, a crowd of 18,000 gathered at the races. In 1952, the club building was built and the first Florida Derby races were held, collecting prize pools for the huge amount of $100,000 for those times. Here world records were set, the totalizator board, the largest in the history of horse racing, was placed and prestigious Breeder Cup competitions were held. In 2004, the restoration and expansion of the complex cost $130 million.

Today you can try your luck on the horse race of international class. The casino with magnificent halls offers over 700 gaming machines and 20 poker tables. Winnings can be spent in luxurious shopping arcades, gourmet restaurants and nightclubs of the game park.

Mardi Gras casino was opened in 1934, immediately after the legalization of the so-called general betting, when bets from various types of totes are collected in a single pool. Initially, the institution specialized in dog racing, over time, poker tournaments and gaming machines were added to them, the number of which exceeded one thousand units. In one of the tournaments you can participate virtually through the Bravo Poker electronic application, and for fans of the game live and tobacco, a hall with a special ventilation system is equipped. The casino regularly hosts pop shows, its restaurants are renowned for French cuisine, and the Marriott and Crowne Plaza hotels offer modern, comfortable rooms and many accompanying services to visitors. 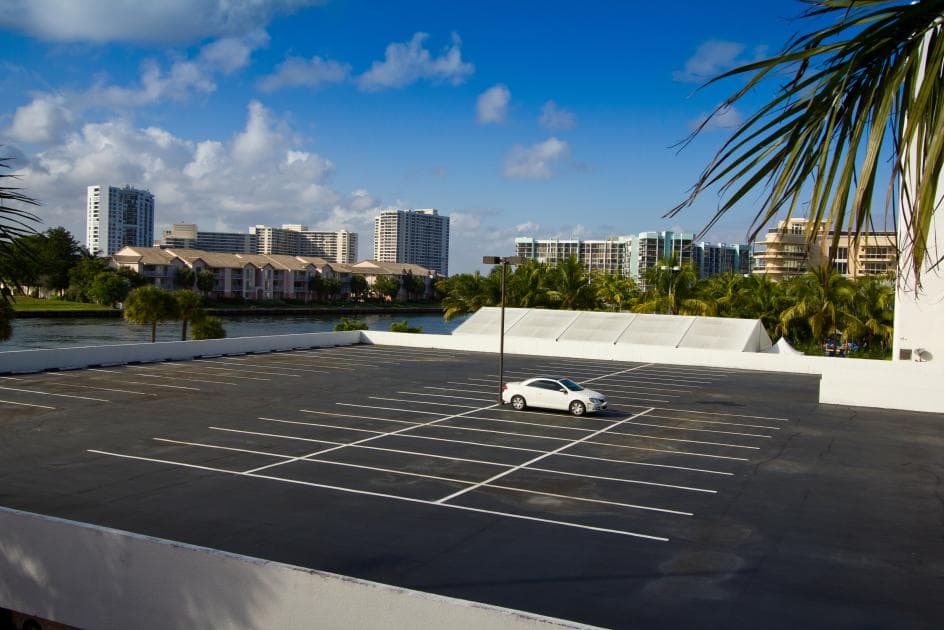 After the game halls you can unwind on the picturesque city beaches, warm up playing golf at the Diplomat club, take a walk in the Joseph Scavo park and take a dip in the pool of the BF James Park. The city has several excellent spa, fitness centers and yoga classes. In the evening, the coast comes alive, you can join the general fun in the clubs of Ocean 11 Lounge and Martini Bar Gulf Stream or arrange your own party, renting a yacht with the help of American Butler.

In addition to entertainment, Hallandale Beach is known for its business district of the City and its financial companies and brokerage houses. Its population - one of the fastest growing in the area - constantly provides jobs for the construction business.

If your goal is to visit this coastal entertainment center not only as a tourist, but also as an investor, American Butler will acquaint you in detail with the city and offer great deals on real estate for any budget.
Send a request
Also read
Hialeah Gardens
Hialeah Gardens is a city in Florida, in the United States of America, located in Miami-Dade County. Its population is just over 20 thousand people. There are often inscriptions and signs in Spanish,… Read more
Homestead
Homestead, formerly one of the districts of Miami, is located in the south of the peninsula. Atypical for Florida cities, the lack of a beach is more than compensated for by the most interesting sights.… Read more
Kendall
Kendall City is one of the “sleeping” areas of Miami - the administrative center of the sunny state of Florida. It is located 12 kilometers southwest of Downtown. It bears the name of American… Read more
Little Havana
Miami is a true paradise for lovers of holidays and stunningly interesting vacations. No wonder many tourists flock to this American city to spend their well-deserved vacation. What is the suburb of Little… Read more
Boardwalks in the USA
Читать еще
Credit history
America lives on credit - everybody knows it. But how do the Americans manage not to get caught up in debt? We will help to understand this issue and not to break the eye of complex terms. The new material… Читать еще
Kurt Cobain and Nirvana
Читать еще
Who invented the hot dog
Читать еще
Hoover Dam
Hoover Dam is one of the highest dams in the world, and at the same time a powerful hydroelectric power station. Tourists and residents come here to see the incredible scale of construction, go boating,… Читать еще
Craft Contemporary
Craft Contemporary is a building with more than half a century of history, a gallery of folk art. Since Los Angeles has become an important international art center, the Museum of Crafts and Folk Art… Читать еще
Hallandale Beach 5 1 0 0
Sharing: