Filled with celebrities, beautiful people, all kinds of dreamers and creative personalities gathered here from all over the globe - it is easy to understand why Los Angeles is so distinguished among the cities of the United States.

The most dazzling city in California, with its charming mixture of beautiful weather, dazzling sunny beaches and a fun crowd, has long been considered one of the entertaining capitals of the world, attracting revelers from all over the world, with its legendary nightlife and amazing night clubs.

We present you the coolest nightclubs in Los Angeles, as well as fashionable and atmospheric parties in the city of angels, glamor and beau monde. 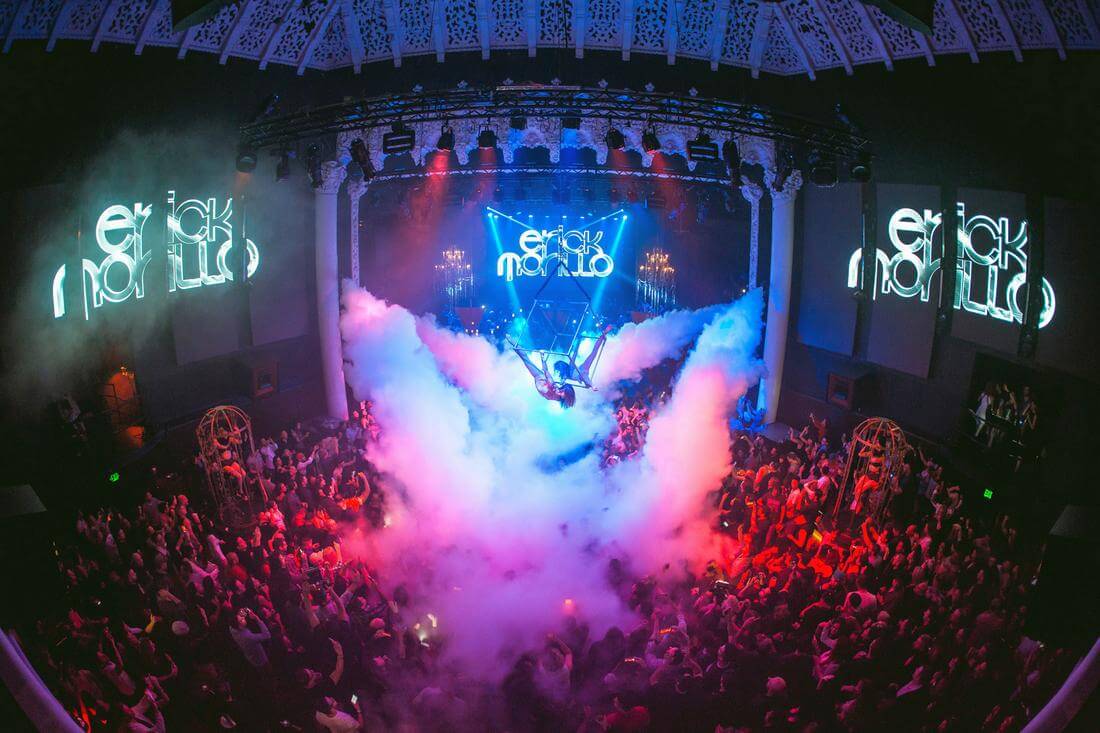 What night clubs to visit

South of Hollywood Boulevard, in the historic Marion building, is one of the most luxurious and exclusive clubs in Los Angeles — the AV nightclub. Combining stunning interior design that pays tribute to baroque luxury with the latest audio and lighting technology, AV promises an unforgettable experience of the nightlife of the Hollywood elite.

Once you manage to break through the door, this nightclub will hit the Funktion 1 audio system and 12-foot LED wall. The picturesque courtyard adjacent to the club is mainly used for events on the red carpet, which should give you some idea of the target audience.

Vibrant colors and luxurious decorations shine in the light of a luxurious crystal chandelier, while visitors sip custom-made cocktails on their comfortable brown leather sofas. The atmosphere is filled with the energy of beautiful go-go dancers, and the DJ turns everything from house to disco every Monday, Friday and Saturday.

This is one of the oldest clubs - it opened as The Hollywood Playhouse in January 1927. In the Spanish Baroque style, everything went from the first performance of The Beatles on the west coast to the final Ramones show.

In September 2002, the palace was bought by its current owners and renamed Avalon. The nightclub has become a mecca for electronic music. Avalon recently installed a first-class sound system with massive 40-inch subwoofers - the largest ever installed in the club.

Avalon has all the ingredients you need for an unforgettable night in troubled Hollywood: exceptional decor, state-of-the-art audiovisual equipment and world famous DJs. You are given a wonderful chance to be guests of a historical place visited by the greatest performers of the era, from Frank Sinatra and Beatles to Nirvana and Snoop Dog.

In addition, the famous night club has three main spaces: the main hall, the stylish Honey restaurant and the loft, each with its own special atmosphere and musical theme. 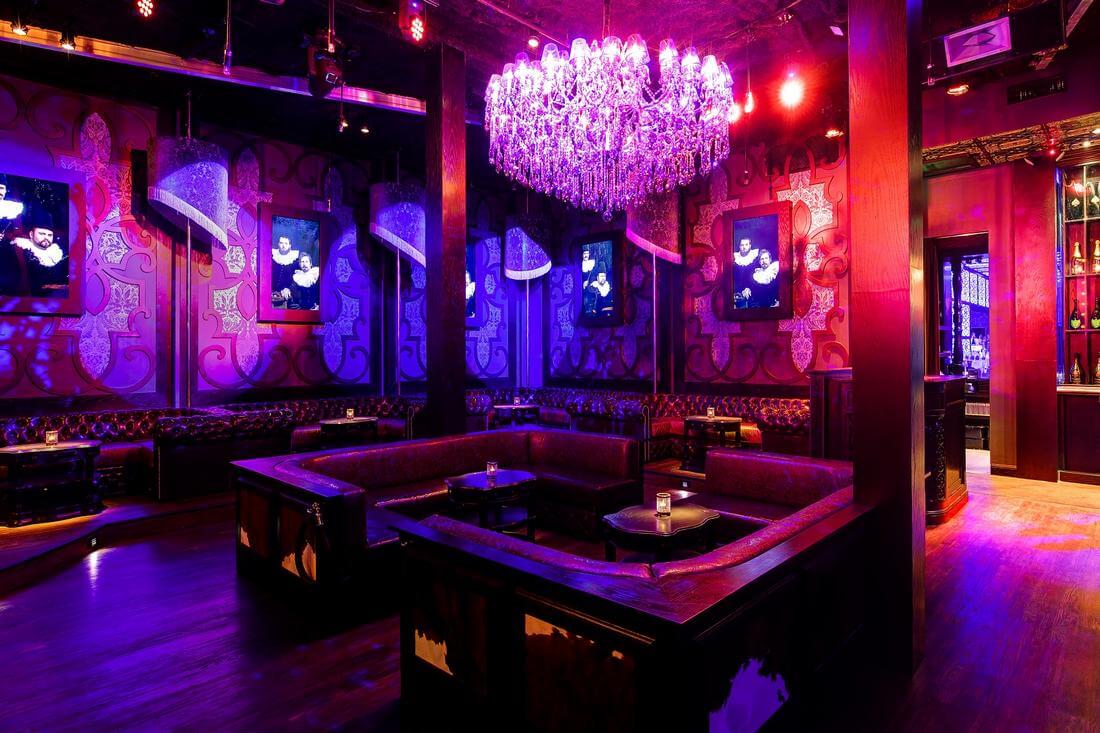 The brainchild of Peter Famulari, Boulevard3 is located inside the former Hollywood sports club, which was founded in 1924 by Charlie Chaplin, Rudolph Valentino and Cecil B. DeMille. The building was designed by Meyer & Holler, an architectural firm that also built TCL Chinese and Egyptian Theaters. 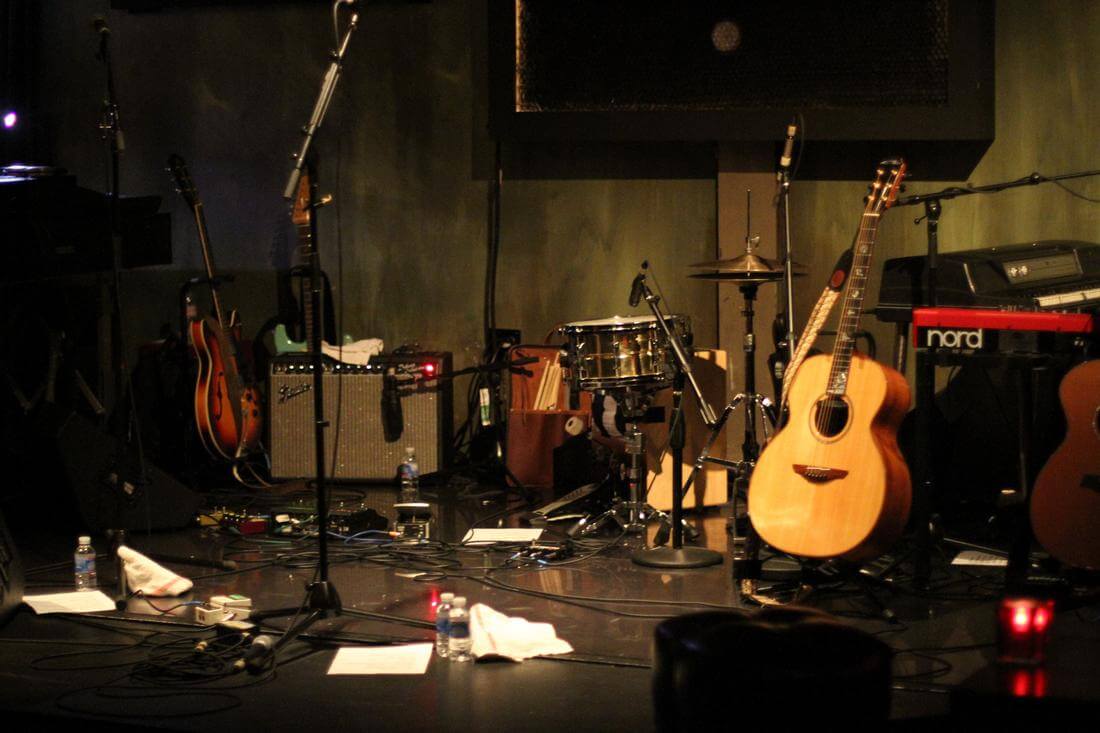 Opened in September 2006, Boulevard3 was conceived as an “English manor with modern interiors” - a combination of the charm of the Old World and modern audiovisual systems. From Sunset Boulevard, you will enter through a large iron gate into a well-maintained courtyard.

A secluded library leads to a 7500 square foot three-level dance hall. Guests dance on an area of 1,500 square feet.

Thanks to its exclusive clientele and relaxed but very distinctive atmosphere, The Sayers, without a shadow of a doubt, is one of the best live music venues in Los Angeles .

The idea of the club is to serve as a buffer between the bustle of Hollywood and the atmosphere of one of the best places of live music in Los Angeles. With music as the driving force behind the entire establishment, it is not surprising that they have a killer playlist that supports the atmosphere: The Killers, Bee Gees, Dire Straights and National.

The stylish lounge, where spontaneous musical performances take place, where the decor passes a fine line between style and seductive rudeness, and where the music and space converge in a setting unlike any other, is The Sayers. This is a club that many have heard of, but few have a chance to get into. 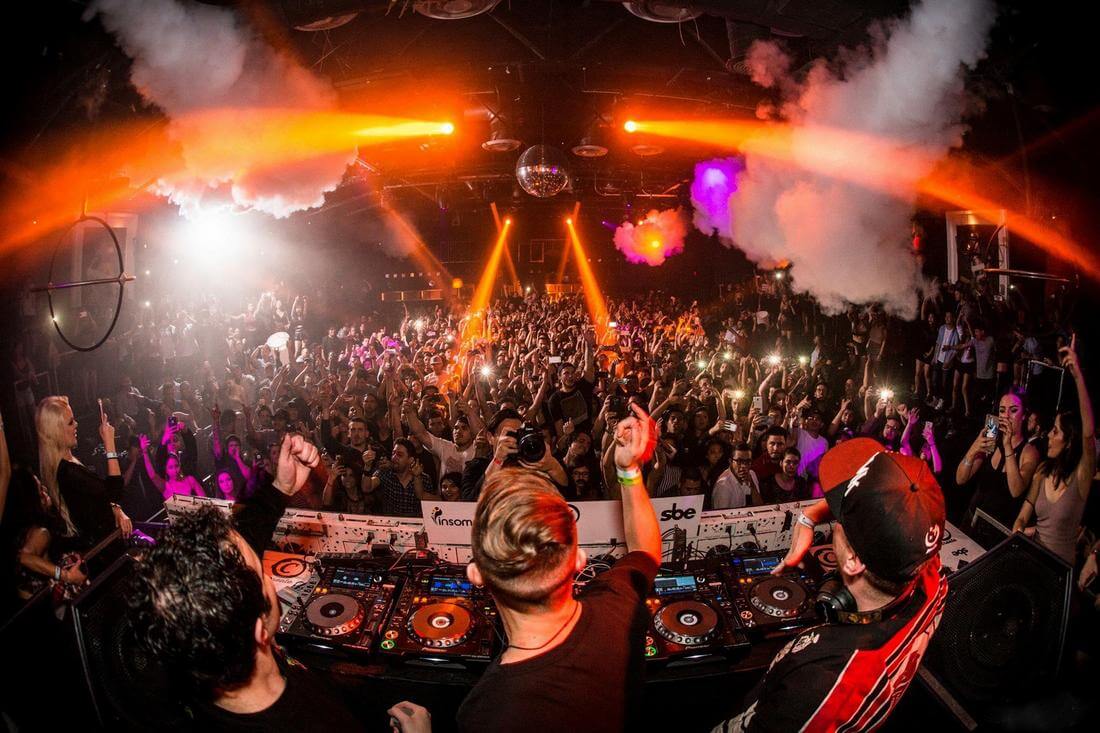 If the Greystone Manor does not raise the night life of Los Angeles to the gold standard, then it is not clear what else it does.

Located in a privileged location in the heart of West Hollywood, this restaurant offers a sophisticated blend of cutting-edge design, gourmet cuisine and mixology style cocktails. This is one of the most popular hangouts in the City of Angels, featuring not only a delightful decor inspired by the drama of old Hollywood glamor, but also the best sound and lighting technologies in the world, which provides an unforgettable nightlife experience.

Station 1640 is in the shadow of large Hollywood dance clubs such as Avalon, but there is no shortage of vibrant music at this location on Kahuenga Boulevard so you don't lose rhythm.

The club is the venue for the weekly Clinic on Wednesdays, which for several years has been bringing the global mix of beginners and reputable underground DJs to the city. Other recent events have included parties at the local techno label Minimal Sessions. If you are serious about dance music, do not miss this Hollywood nightclub.

Experience the nightlife of Los Angeles with a guided tour of American Butler, your USA guide!
Send a request
Also read
Restaurants
Wondering where you should eat in Los Angeles - right now? You are in the right place. The hit list American Butler is your guide to the best restaurants in the city. Los Angeles Culinary scene thrives… Read more
Festivals
Agency American Butler presents you the top 10 events and festivals, fairs and festivals held in Los Angeles and its surroundings. Read more
Museums
There are so many museums in Los Angeles that it’s hard to know where to start. American Butler offers excursions to a variety of them. Consider only some of the museums that may interest you. Read more
Los Angeles parks
Who can resist the temptation to hike in the Runyon nature reserve, stroll through the botanical garden or relax on the beach? Whether you are a fan of art or a loyal owner of a dog, there’s a piece… Read more
Boardwalks in the USA
Читать еще
How to get a mortgage in the US
Planning to buy property in the US, but you do not have enough money to buy a long-awaited home? You can ask for a mortgage loan in one of the US banks. In order to know all the conditions and rates,… Читать еще
Kurt Cobain and Nirvana
Читать еще
French Restaurants in Miami
The French know no boundaries when it comes to expressing love. It can be seen not only in words, but also in cooking. While in Miami, take a look at one of the restaurants on this list: Palme d'Or at… Читать еще
Mission Trails
Mission Trails Park is San Diego's largest wildlife sanctuary and its pearl. There are about 600 different species of plants, including more than 300 varieties of wildflowers. Читать еще
Night clubs 5 1 0 0
Sharing: