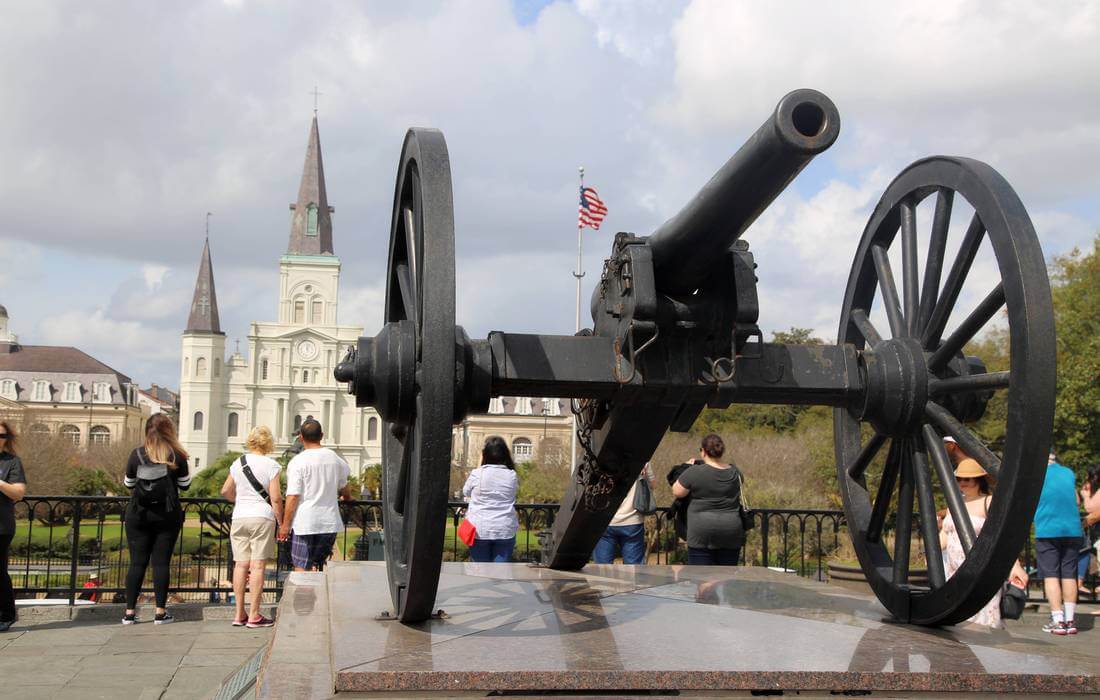 The more you get to know New Orleans, the more you will like it. The history of this city is very colorful and complex. It has one of the most distinctive cuisines in the United States, a well-deserved reputation as a center for music and culture, and a vibrant nightlife. You may also be interested in a rich collection of legends and myths. The best way to learn about them is to take one of the many walking tours around the city. 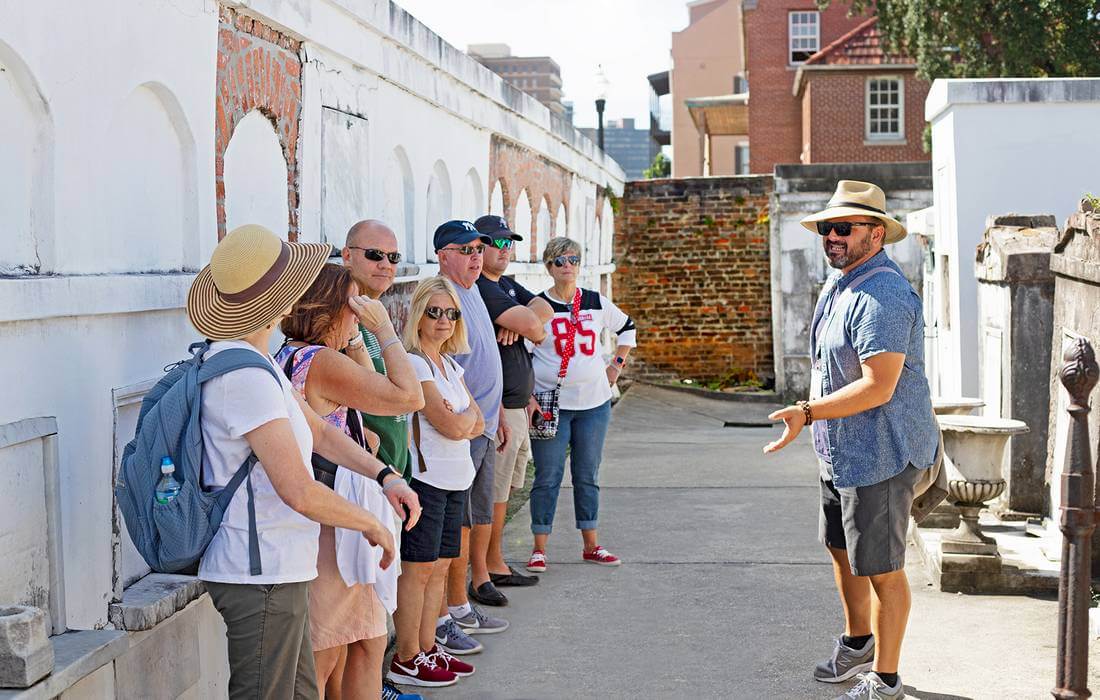 With each step in the undeniably unique New Orleans, something extraordinary and striking is revealed. Stroll through the streets of the city or along the banks of the Bayou St. John.

Imagine how the streets looked a century ago, without cars and wires: it would not look very different than now.

The French Quarter, the Garden District and the Bayou Saint John have their own appearance, fascinating history and some mysteries - and they can easily be explored on foot in a few days. So put on good walking shoes, breathe in that southerly wind and head out.

Admire the lace iron. Take a look at the French Quarter, where simple facades hide exquisite courtyards with elaborate fountains and dense foliage. Look at the mighty centuries-old oaks, some of which were covered with Spanish moss.

Traffic in the city center usually consists of pedestrians and horses, not cars. It seems that every other door leads to a restaurant or bar, and people walking down the street without a beer or a cocktail in their hands seem out of place.

You will never have to walk more than a few blocks to find a voodoo shop, antique shop or club.

On the day of the scheduled excursion you will be met at the lobby of the hotel by a Russian-speaking guide, with whom you will go on exploring the city. If you live near the French Quarter, the guide will meet you without a car and you will immediately go for a walk. So, you visit the following places.

The French Quarter, the city center, is a clearly delineated area measuring about 13 by 7 blocks, bordering the Mississippi River in the south.

The French Quarter is so named because for many years it was the area in which the majority of the French-speaking population lived. Since Spain controlled the city all this time, most of the new buildings reflected Spanish architecture. 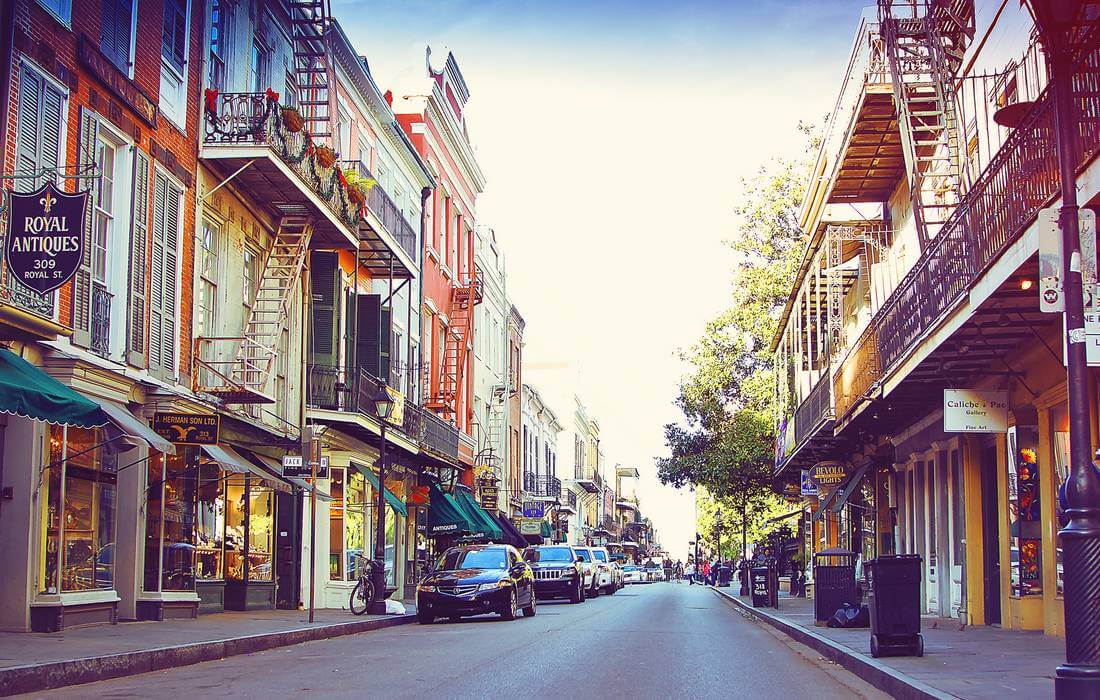 The French Quarter seems very old, mainly because of the strict building rules designed to protect the historic character of the buildings.

The culture of death in New Orleans has been a fascination for many generations. Historical burial grounds of the city have characteristic above-ground tombs with a wide variety of architectural details. The influence of the ancestors of the city influenced both the history of our country and the history of the world. A visit to their resting place allows us to share their stories with respect.

For a small amount of time you visit the maximum number of attractions. The rough tour plan also includes a visit to:

Of course, since the tour is an individual one, you can correct its “contents”. In addition, the guide will give you tips on exploring places in your free time.

These self guided walking tours provide a comprehensive view of what is one of the most beautiful cities in the United States.

Book the most interesting excursions only in American Butler!
Оставить заявку
See also
Central Park Tour
Little about the park Central Park was created more than 150 years ago on the site of a terrible swampy wasteland with an area of almost 4 square kilometers. The clearing workers even saved a few boulders… Read more
Washington, D.C City Tour
Benefits of an auto-tour First, we note in which cases it is better to immediately choose excursions by transport. long distances America is huge, and if you are planning to explore more than two neighboring… Read more
Los Angeles City Tour
How will the tour go A sightseeing car tour of Los Angeles will be held in Russian with a licensed guide. Its route takes into account the maximum amount of attractions shown in a short time. If desired,… Read more
Excursion to Busсh Gardens Park
Themed areas of Busch Gardens The leisure program includes 20 excursion routes and 8 slides. Adventure Island water park has 2 slides at its disposal. Busch Gardens are decorated in an African style.… Read more
Decorated Christmas Cities
Читать еще
Buy car in the USA
Читать еще
Al Capone Story
The world is full of atrocities at all times, but the 20s years of the 20th century became the most cruel and riotous for America. But the times of Prohibition and the Great Depression turned out to be… Читать еще
Waterview restaurants in Miami
Do you want to enjoy lunch or dinner in one of the best restaurants in Miami, but a beautiful view of the sunset or the water is a very important criterion. Read our article about a dozen restaurants… Читать еще
New Orleans Walking Tour 5 1 0 0
Sharing: