Myrtles Plantation is a landmark in St. Francisville, Louisiana. Built in 1796 by General David Bradford, it is advertised as “one of America’s most frequented homes”. Reputedly also a place where ghosts are found. 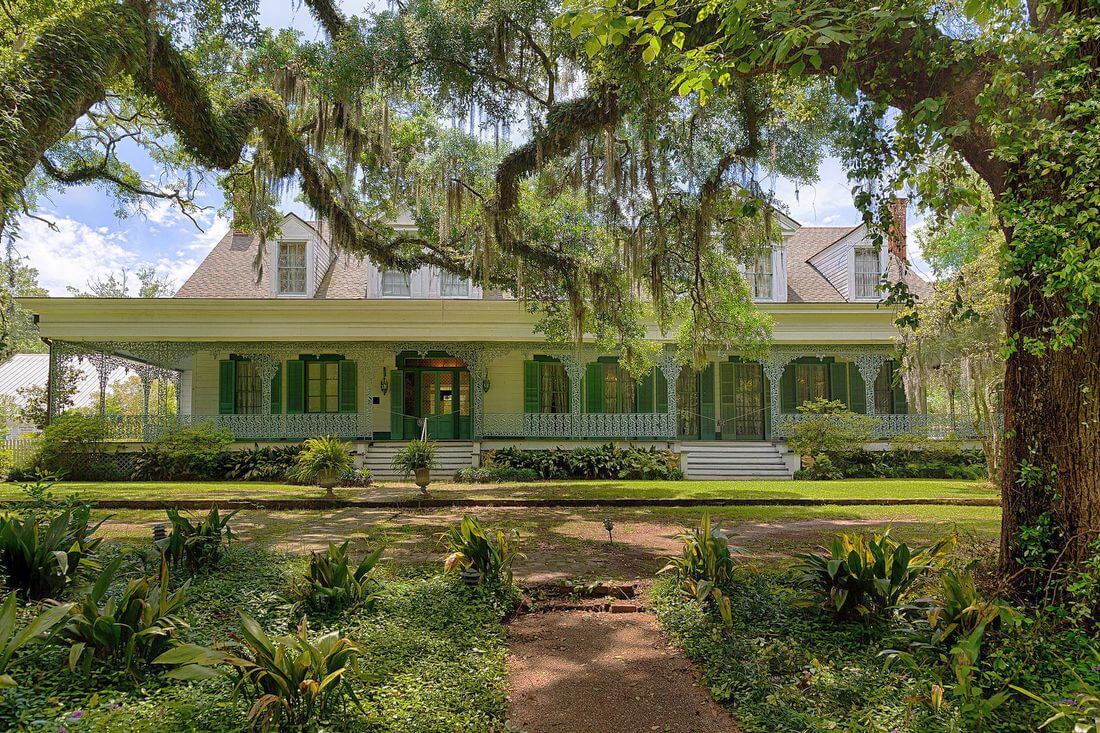 The house is built in Creole style, which characterizes many plantations of Louisiana of the XIX century. In the mid-1850s, the one-and-a-half-storey house was expanded to double its size. Entrance doors are surrounded by transom and lanterns displaying hand-painted stained glass windows. The main feature of the plantation is 125-foot veranda that extends the entire length of the facade. Decorative cast iron railings support a wide entablature.

In the House 22 rooms located on two floors. The spacious lobby runs the entire length of the house and includes stucco, a French crystal chandelier weighing over 300 pounds and a cantilever staircase. To the left of the hall is the music room, which adjoins the only bedroom located on the first floor. The main rooms of the house are located to the right of the hall. The walls of the original house were removed and moved to create four large rooms.

On the second floor there are five bedrooms with bathrooms. The largest bedroom is the only room that can be reached via the main staircase in the lobby. The remaining four bedrooms, which are separated by a common living room, are accessible by stairs from the back loggia.

From the back of the main house is the oldest building in the area. General Bradford used to live here while the main house was being built. Currently, the room is used as a gift shop. Two auxiliary buildings are connected to the main house by the old courtyard. 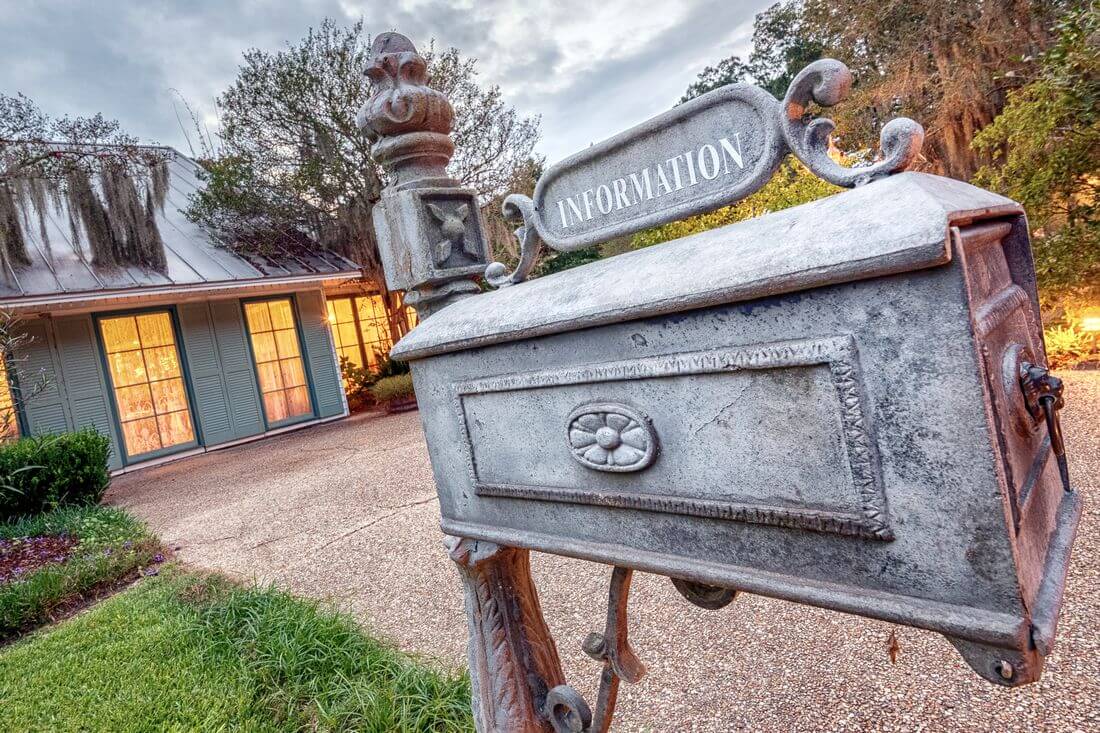 The Myrtles plantation was built in 1796 by General David Bradford on 2.5 square kilometers of land. Bradford lived there alone for several years. He then moved his wife, Elizabeth, and five children to a plantation in Pennsylvania.

After the death of Bradford in 1808, his widow continued to manage the plantation until 1817. She then handed over to Clark Woodruff, one of Bradford’s former students who married her daughter. 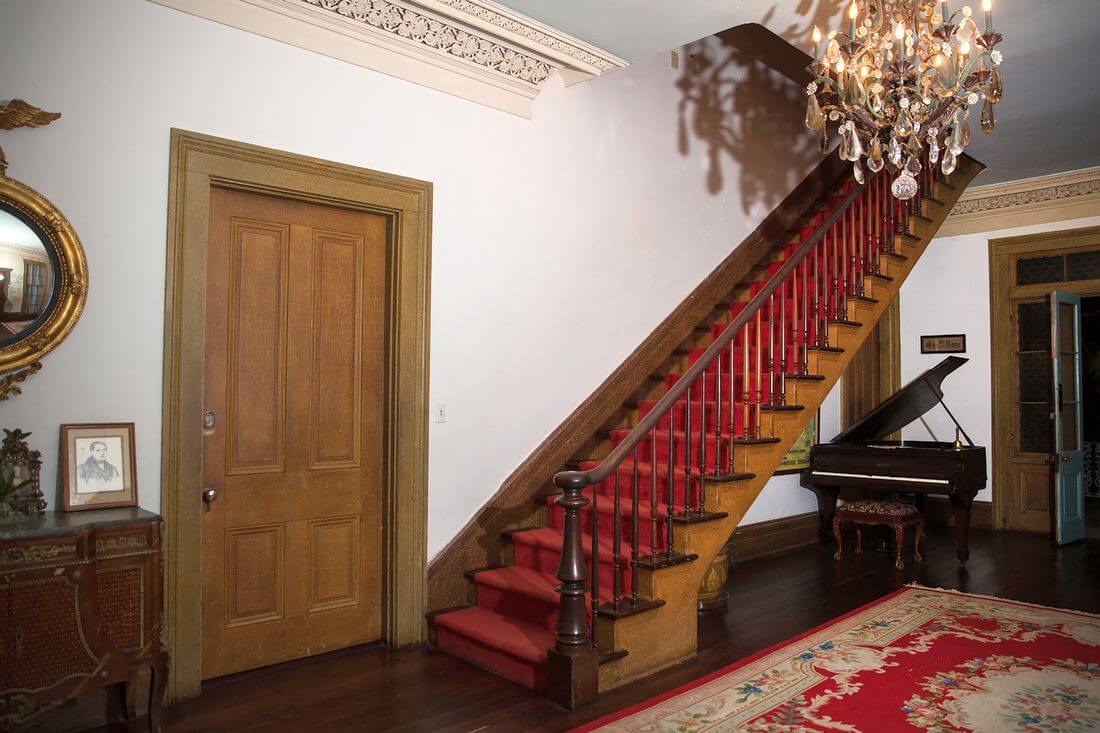 When Elizabeth Bradford died in 1831, Clark Woodruff and his daughter Mary Octavia moved to Covington, and the manager was left on the plantation. In 1834, Woodruff sold the plantation, land, and his slaves to Ruffin Stirling and his wife. They carried out an extensive renovation of the house, almost doubling the size of the building and filling the house with imported furniture from Europe. Sterling died in 1854 and left the plantation to his wife.

In 1865, Mary Sterling hired William Winter to help her manage the plantation as a lawyer and agent. After the Civil War, the family lost its fortune due to the fact that the savings were in the currency of the Confederation - the losing side.

They forcedly sold the plantation in 1868, but were able to buy it back two years later. Mary Sterling died in 1880, and the plantation passed to her son Stephen. After that, the site began to go from hand to hand until 1891, when Harrison Williams bought it.

In the 1950s, the house itself was sold to Marjorie Munson, who, according to her, began to see ghosts here. So the house began to travel again from owner to owner. One of the owners even wrote a book about this plantation, calling it the most visited in America.

The current owners, John and Tita Moss, opened the house for excursions and overnight stays for guests. The plantation included in the National Register of Historic Places continues to be a popular tourist destination due to its association with paranormal activity and has been featured in many books, magazines, newspapers and television shows. 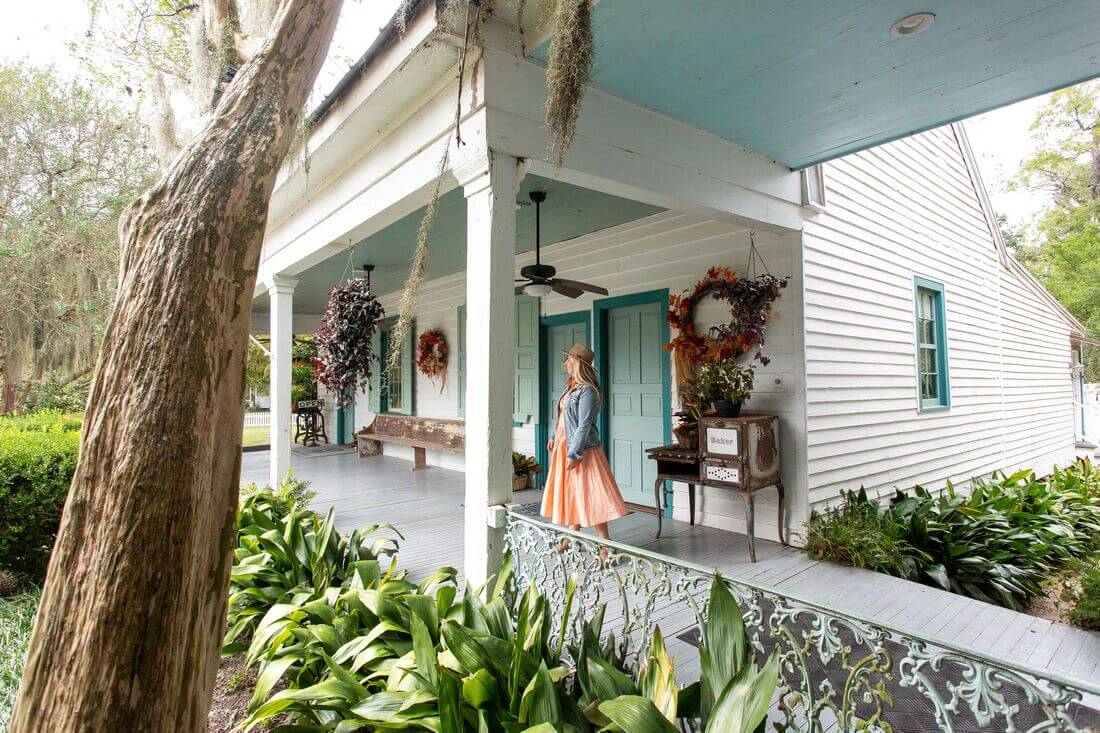 Visit this mysterious place with your guide, which will be selected by the travel agency American Butler.
Send a request