Alexandria is a bit of a suburb of Washington. And this is the most comfortable place that you just saw.

This is a beautiful and quiet place for family walks and measured, unhurried American life. 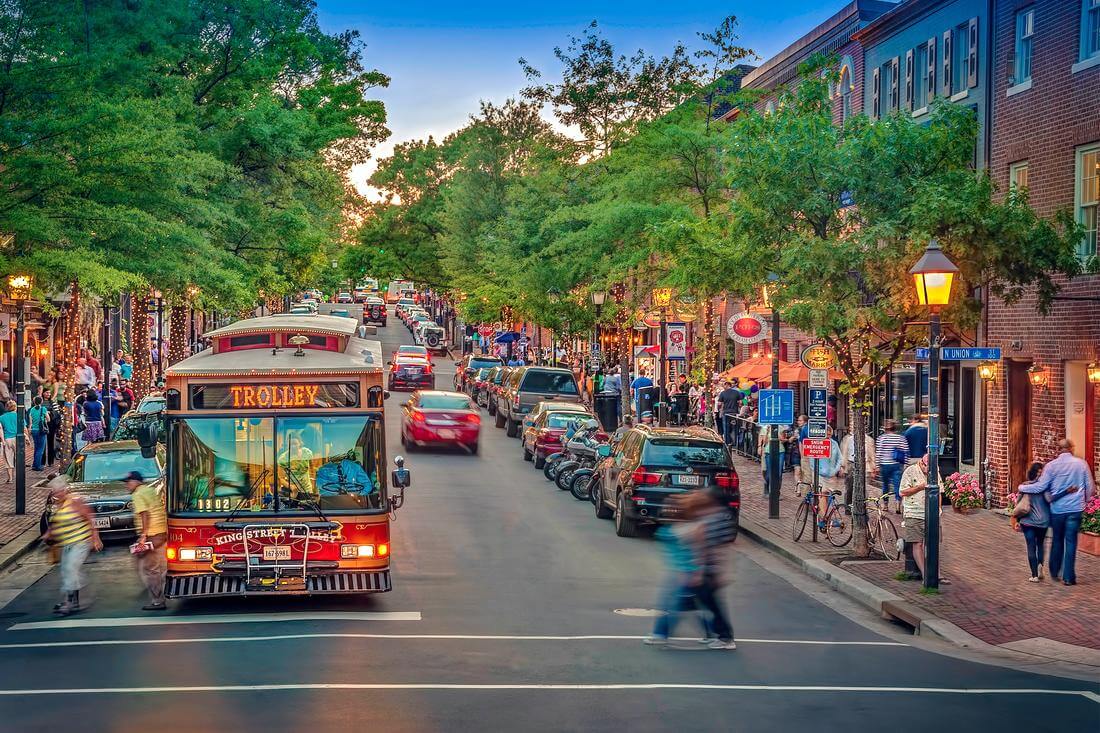 Alexandria is formally located in Virginia, about 10 km south of Washington. And it is much older than the last - the first British settlement appeared there in 1695. Trade routes through which tobacco was transported passed through Alexandria.

In 1791, when Washington was founded, Alexandria was incorporated into the new capital. In the 1850s, it was returned to the state of Virginia with the status of a separate city. Despite this, Alexandria is still perceived as part of Washington. 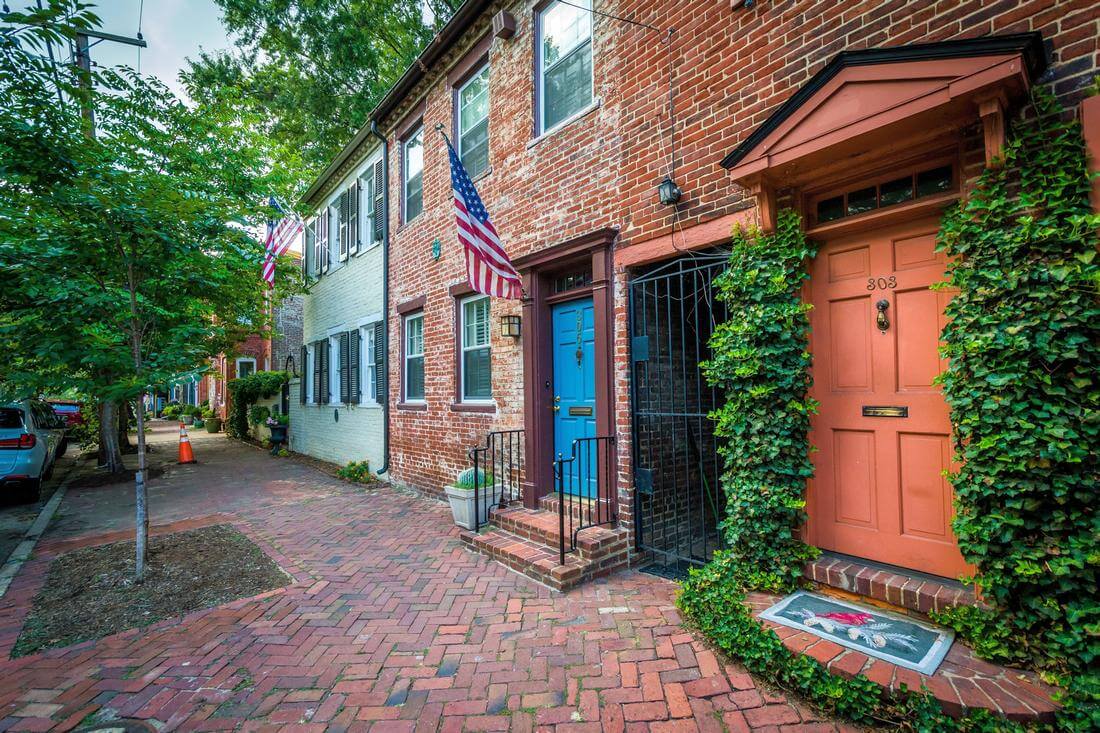 Alexandria has always played an important role in the history of the country. Not always positive, but without it the current America would definitely not have happened.

Once Alexandria was one of the largest centers of the slave trade. It was here that ships arrived with black slaves, and from there they diverged along the plantations of Mississippi and New Orleans. However, during the Civil War, this land was still able to wash off the shame of the slave markets.

It was in Alexandria that the first military clashes occurred - it was located almost at the junction of the northern and southern states. Almost immediately, the city was captured by the army of the North, which opposed slavery. Upon learning of this, black slaves from the south fled from their masters to the side of the northerners, and first of all to Alexandria. There they were offered shelter, work in hospitals and the army, as well as the status of “runaway Negro”, which gave the right not to return to their masters.

By the middle of the war, of the 18,000-strong population of Alexandria, more than 10,000 were fleeing negros. Not all of them survived to freedom, but it was this city that gave hope and opportunity to those who did not have them. In addition, in Alexandria there was a huge number of hospitals, many of them opened on a voluntary basis - almost all the wounded from the front lines were taken there. 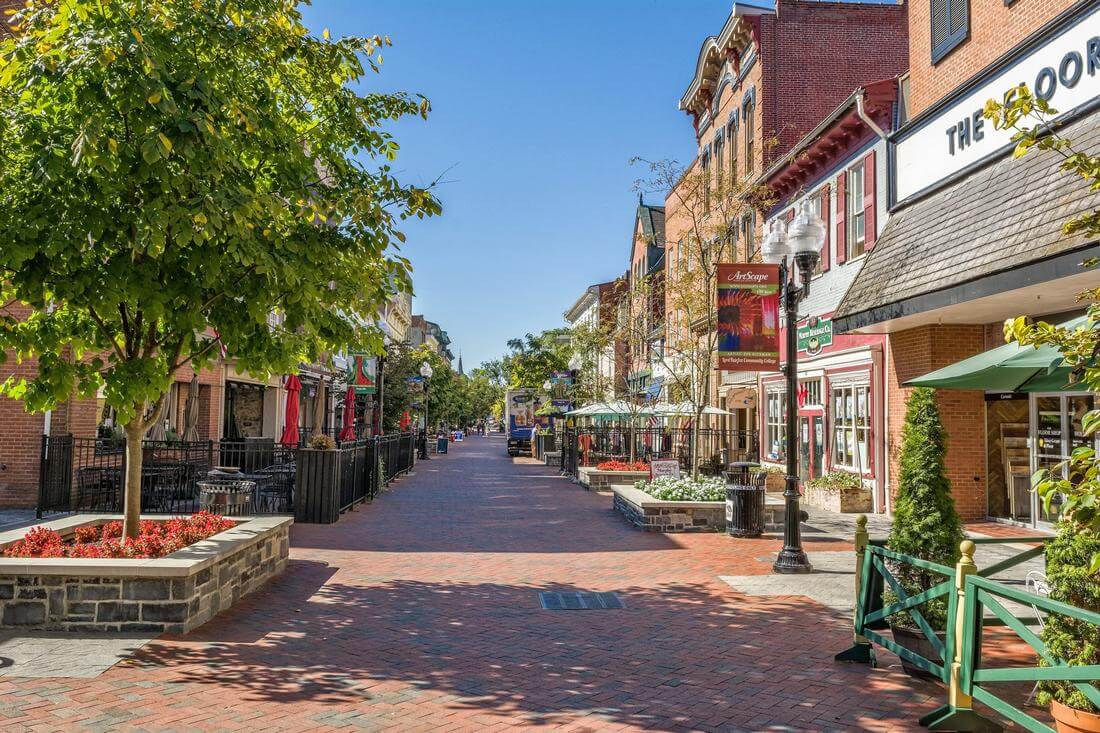 What to see in Alexandria

First, of course, monuments from the time of the Civil War and the Market Square. It is here that you can feel this atmosphere, feel how people lived at the time, what these runaway slaves saw and how America was transforming from a landowner with a whip to a free citizen. 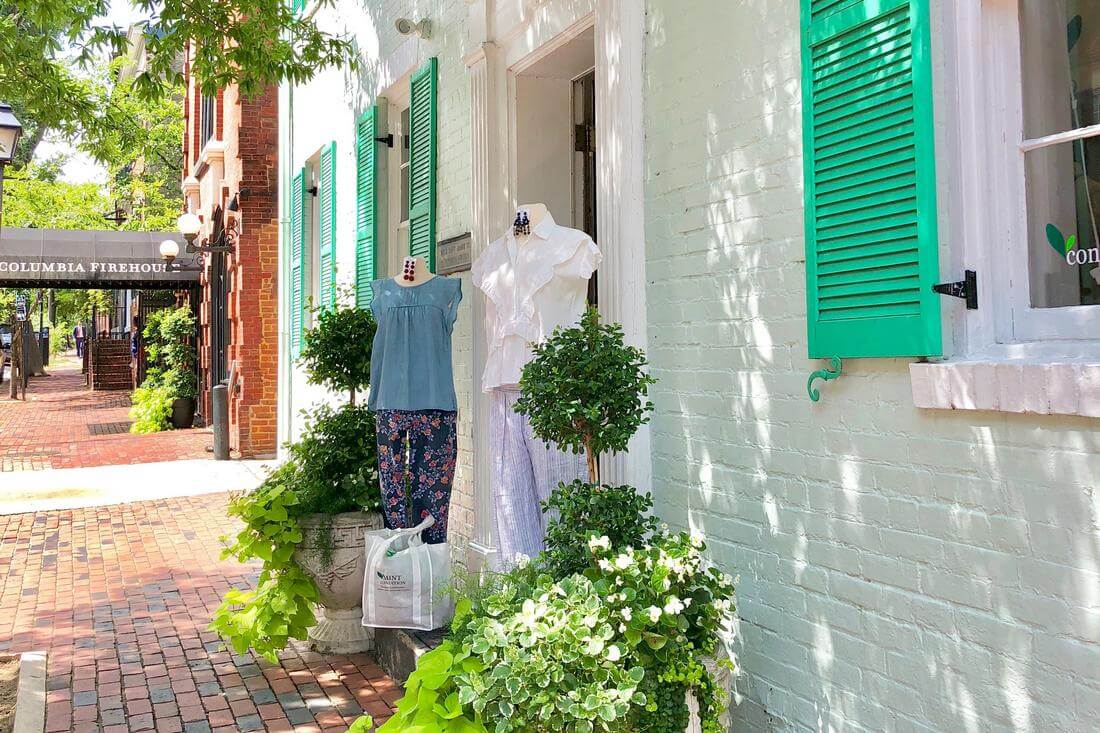 Secondly, the amazing building of Old Alexandria and the nearby pier. Some mansions, churches and shops, built in the 1700s, have survived in an almost original form. Comfort literally infiltrates these houses, each of them saw as much as we can hardly even imagine.

Well, thirdly, be sure to visit another symbol of Alexandria revived by cruelty - the Torpedo Factory art center. This is a rebuilt factory for the production of torpedoes from the First World War. Today there are art workshops, a lecture hall, exhibition and concert halls.

In addition, there are still many small and incredibly interesting places that emerge one after another, you just have to start a walk through the city. Alexandria is a small but in its own way a beautiful town in which it is worth spending a weekend.

Most often in Alexandria get from Washington. If you are planning to go from there, then there are plenty of options - you can rent a car, take DASH buses for a dollar and a half, on a ferry ($6-12) or on city trains.

And if you plan to travel from another city, we advise you to contact us at American Butler - just write us your question in the form below or contact us in any other convenient way for you.

We can also advise the best excursion routes, help with a guide and translator while traveling to America.
Send a request