Golden Gate Bridge — a recognized symbol of San Francisco, and for someone all the United States. And few people know that for this red miracle from postcards it is necessary to thank Odessa.

Golden Gate is terribly loved by filmmakers. Often spans over him are found even in films where the action takes place far from San Francisco. There is nothing to say about souvenirs: as they say, firstly, it is beautiful. And there really are reasons for that. 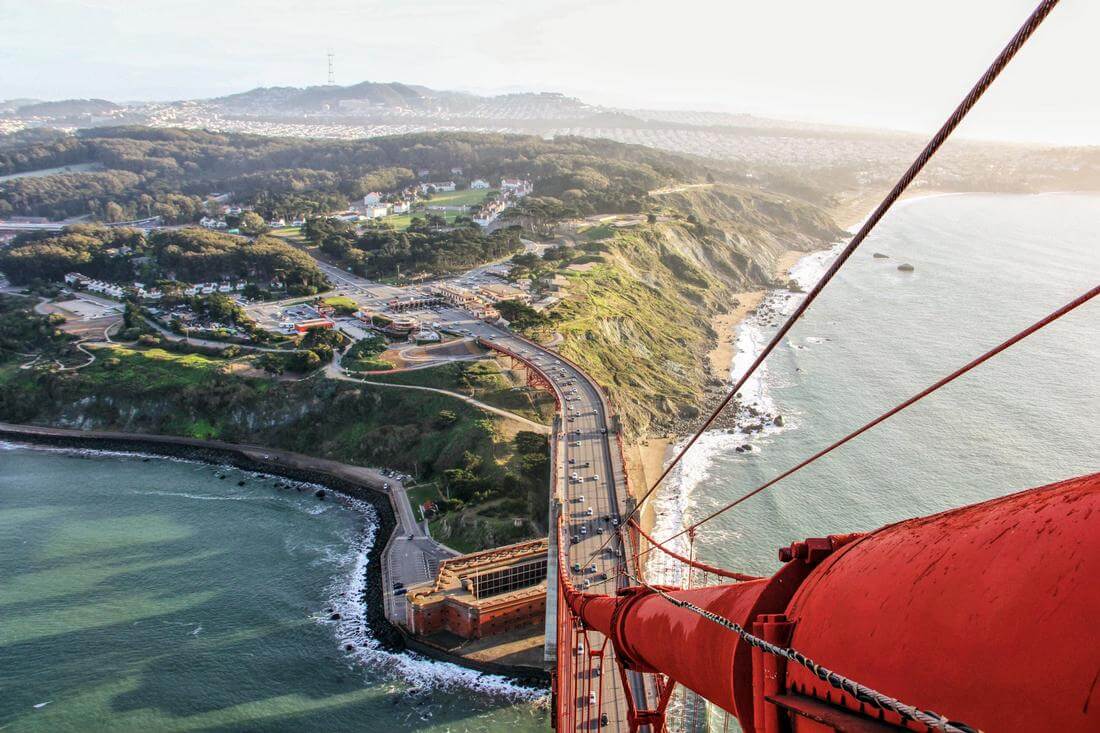 In the 1930s, the San Francisco transportation system began to melt from the flood of emigration. The city was simply not designed for the number of people that the gold rush brought to the city.

Ferries were the only connection with the Marin County, but their capacities quickly ceased to be enough. An active contribution was made by the active cold current, crossing which is unsafe today. Together with crowded ferries, it constituted a time bomb. The government had virtually no choice — a new traffic scheme began to be designed in the city, which included the bridge. And that was a very bold decision.

The design of the bridge belongs to architects Irving Morrow and Joseph Strauss. It is their names that are indicated on the memorial tablet on the south tower of the bridge. But everything is not so simple — Strauss only supervised the construction, and Morrow was a consultant. In reality, for the Golden Gate you need to thank the engineer Leo Moiseyev, Odessa, who arrived in San Francisco from Riga.

Why is the name of Moses hidden in mystery? But because in the process he quarreled with the others because of the sharing of the fee. Maybe, in the end, Moses took his gain, but he paid with his name.

The Golden Gate Bridge was opened first for pedestrians, and then for cars in 1937, and for the next 27 years held the status of the largest suspension bridge in the world. Today it is part of the 101st Federal Highway and California Highway 1. Driving across the bridge for a car is paid ($ 5-6), but cyclists and pedestrians pass for free. Although here there are some nuances, but about them a little lower.

The greatest asset of the Golden Gate is not so much the form as the color. It is called International Orange and was designed specifically for this facility.

Firstly, it is precisely over this place of the strait that thick fogs constantly stand and the bridge should have been visible even in a thick veil. Secondly, the bridge was also designed as an art object, so it was supposed to be a bright spot on the panorama of San Francisco. A lot of options were tried, but only today's red-orange withstood criticism.

The bridge also has a more terrible feature — suicides adore it. The aesthetics of the place and 75 meters of fall to the stormy deadly waters greatly inspire those who wish. The chances of surviving are really few. Fortunately, now there is an active struggle with this. And the Golden Gate is gradually forgetting the glory of the suicidal point. 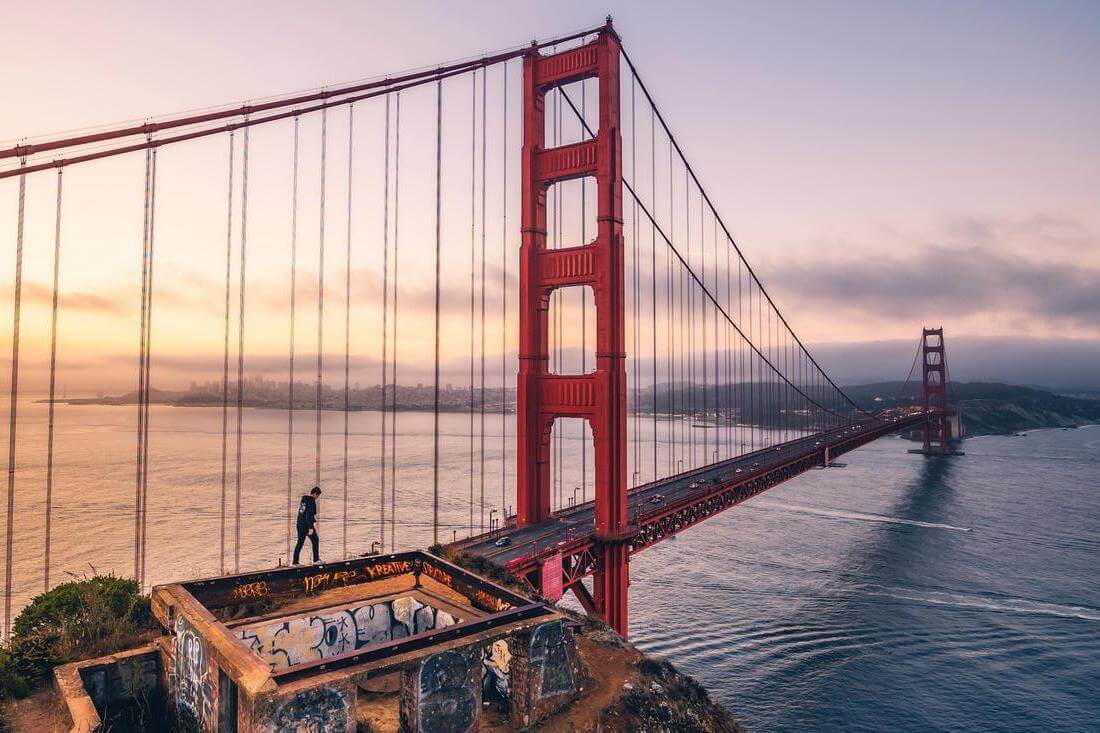 What and when to look at the Golden Gate Bridge

You can view the bridge in different ways. The option for the most lazy is a car, but it's not as nice as walking on it for your two or cycling. The length of the bridge is almost 2 kilometers, and the landscapes are just crazy.

To see not only the Golden Gate, but the whole of San Francisco with maximum comfort — the mission is feasible!

Specialists at American Butler will be happy to find you unique routes in one of the best cities in the USA.

Leave your request below or contact us by phone +1-305-588-7298.
Send a request
Also read
Alcatraz Prison
When we say “sight ”, we usually mean some kind of museum, park or historic building. Don't you want a prison on the island? Read more
Where to ski in the USA?
Читать еще
How does recycling work in USA
10 years in prison for dumping trash? Easily, if you threw the packaging from under the laundry detergent in the tank for food waste. More recently, Americans did not want to dig in the trash, but now… Читать еще
US Presidents
Читать еще
Italian restaurants in Miami
Florida's best trattorias elevate the spiritual simplicity of the kitchen to unattainable heights and help visitors to appreciate the authentic flavors of the country's characteristic culinary regions.… Читать еще
Smoking in the USA
Smoking is the bad habit that infected the whole world from America. But modern Americans themselves are not particularly loyal to smoking. How it happened, let's try to figure it out. Читать еще
Atchafalaya Basin
The Atchafalaya Basin is the largest river swamp in the country, containing almost a million acres of bottom hardwood, marshes, flood and swampy lakes of America. The pool begins just outside Simmesport… Читать еще
Mount Charleston
The view of the snow-capped mountains seems a bit surreal when Las Vegas still feels the warmth of the desert sun. At 11,916 feet above sea level, Charleston Peak is covered in snow for more than six… Читать еще
Comic-Con International
Comic-Con is an exhibition that educates people about pop culture. The bet is on comics and related art forms. Organizers support public presentations and exhibitions on the historical contribution of… Читать еще
Golden Gate Bridge 5 1 0 0
Sharing: