San Francisco is one of the most important cities on the map of the United States. Yes, perhaps, on the world.

History: how the city appeared, the Gold Rush and the Chinese

And the name of the city, and the locations within it hints at the Spanish influence. So it is, but first all the same there were Indians.

On the site of modern San Francisco, life erupted for a long time - as early as 3000 BC. In 1769, a Spanish research expedition landed here and laid a colony. Then the peninsula was called Yerba-Bueno, and the name of St. Francis was worn by the Bay and the Spanish missionary Catholic organization. 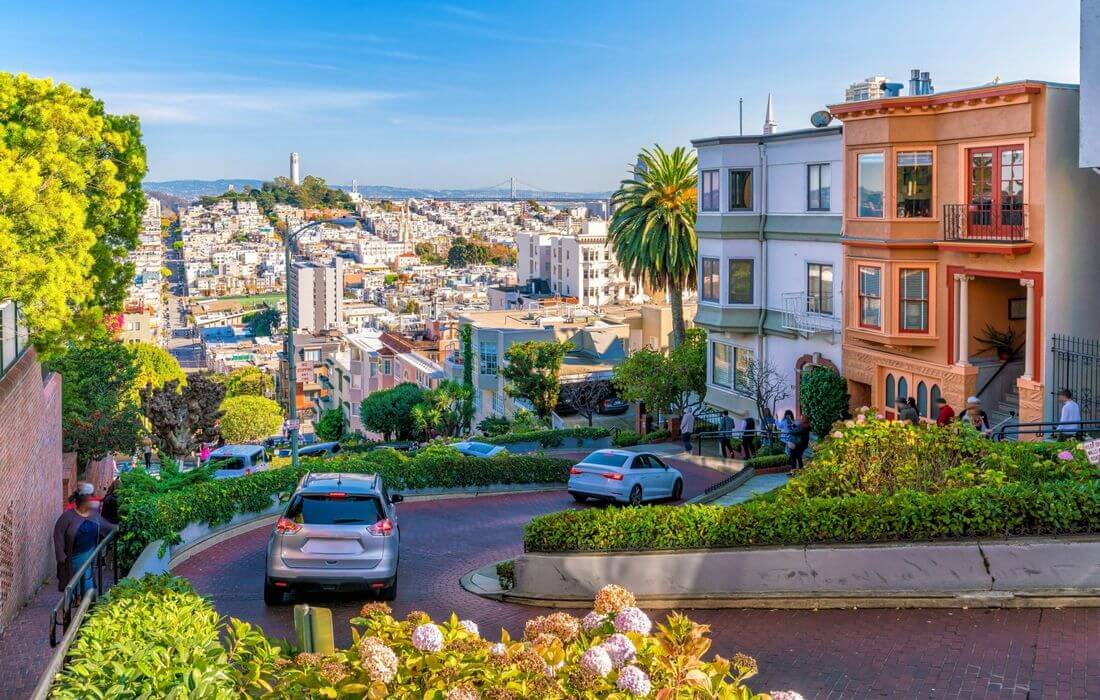 Until 1846, the territory was contested several times - it then became part of Mexico, and then departed Spain. This explains many Hispanic place names. But the American-Mexican war put an end - the city was renamed San Francisco, the whole of California was subordinated to the United States.

Ironically, Mexicans and other peoples of Latin America make up a not-so-large proportion of the population of San Francisco. They are several times surpassed... the Chinese. And this happened thanks to the next stage.

The history of San Francisco is impossible without the mention of the gold rush. In 1848, gold was accidentally found in the foothills, which drove crazy millions of people. In San Francisco, seekers of easy money began to catch up, the population increased 25 times in just one year.

Needless to say, it was not easy for anyone. Most of all perepalo already existing businessmen and magnates who could afford to use equipment for mining. A huge number of people died at the mines, but many began to develop. For example, jeans maker Levi’s started its business specifically with clothing for gold workers. Gold stimulated the development of railways, giving new jobs and attracting even more people.

Among these migrant migrant workers were a huge number of Chinese. Only they didn’t give much hope for good luck, but went just to work in the mines and construction sites. Today in San Francisco they make up 1/5 of the population, forming the largest diaspora in the world. 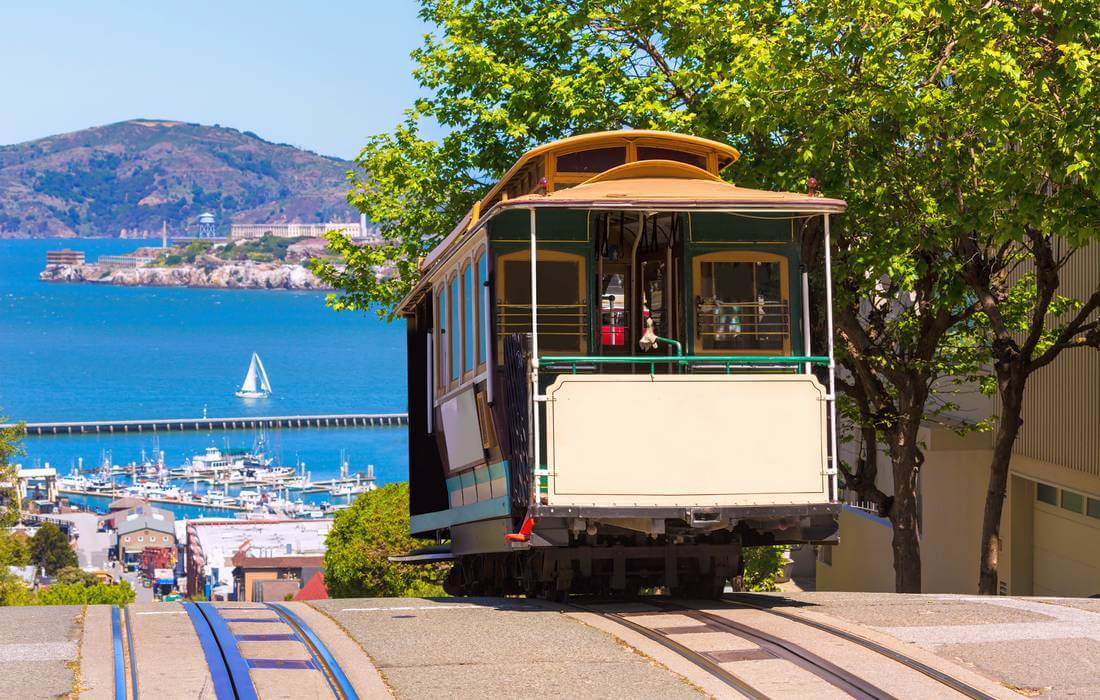 The city was rebuilt several times. Most of the historic Victorian buildings survived the earthquake of 1906, and subsequent fires, and the destruction of the Second World War. In 1936 and 1937, the most famous bridges were opened in turn: the Bay Bridge between San Francisco and Oakland and the Golden Gate Bridge. During the war, they were the most important channels for the supply of food and weapons.

In the 60s, global changes began to turn in a positive direction. It was here that the so-called hippie revolution took place. Representatives of the subculture literally flooded the city, indulging in all sorts of pleasures in any place convenient to them.

But the music did not play for long - manhattanization soon entered into the business. This was the name of the process of reconstruction of the city in connection with the growth of population - there were more skyscrapers, people settled down from the center in a condo on the outskirts. Hippies were mistaken for homeless people and forcibly expelled to the suburbs.

The last time San Francisco suffered a big shock in the 90s, with the era of the dot-com. The proximity to Silicon Valley has done its job: the percentage of IT people living here is off scale, but the percentage of children is the lowest of all major American cities. San Francisco has turned from a seaside resort town to a town for work.

San Francisco consists of three large islands and an uninhabited archipelago in the Pacific. The whole city stands on the hills, the most famous of them, Twin Peaks, is especially in demand after the release of the TV show of the same name. 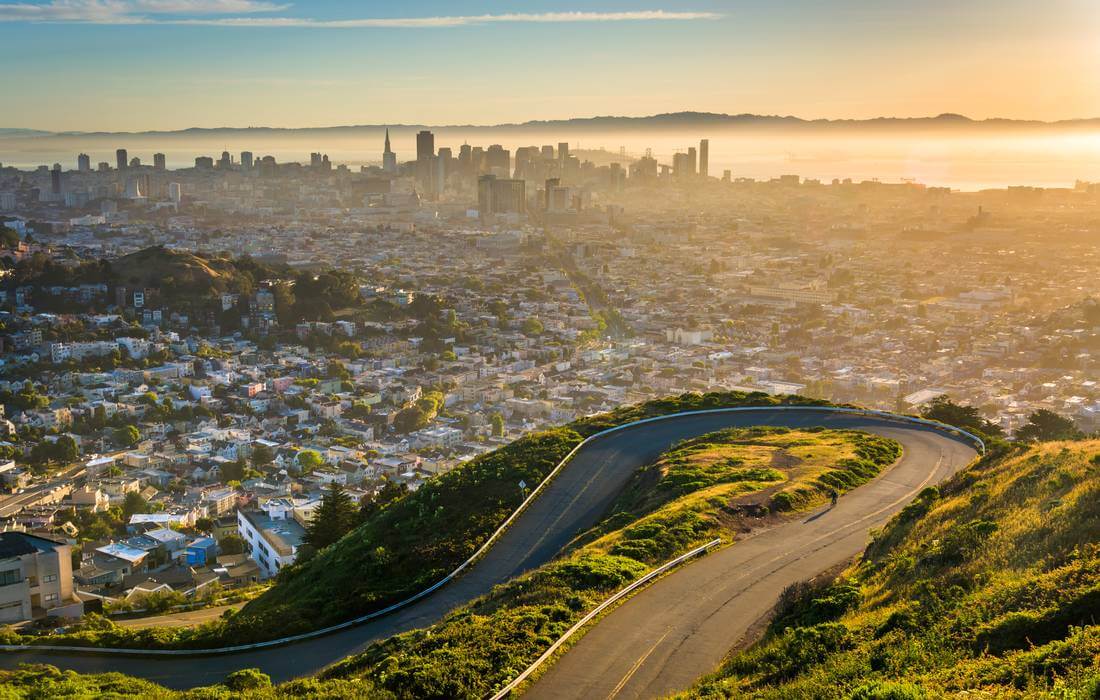 Urban development has changed several times, so it can look chaotic in places on the map. The historical center is considered the current Financial District - next to the skyscrapers there is a rather high concentration of old mansions. The Mission District (he is Mission) is traditionally inhabited by immigrants from South America, and Richmond is almost entirely occupied by Chinese and Russians.

San Francisco is an excellent choice for those who want to look at real America, without pathos and tourist zamanuh. Everything here is created for the perfect vacation - and the ocean, and the mountains, and the developed metropolis, which draws museums and attracts to the clubs in the evenings. The freshest delicious food, cute trams and interesting stories. Isn't that what you wanted?

No matter where in the country you go, American Butler experts organize the most interesting, safe and comfortable excursions to US cities. We live and work here for so long that we managed to explore the most important locations. And now we are happy to show them to you - in order to book a tour or clarify any details, you just need to fill out the form below.

We can also arrange for you to stay at the hotel, transport, escort a translator and even help you when you move to America.

We will take into account all your wishes, interests and budget, so that time spent in the USA will be remembered only with a smile on your face!
Send a request