What to see in San Diego

Regardless of whether you travel to San Diego with your loved one, children or on your own, this list contains the most popular and interesting destinations that you can visit during a trip to southern California. 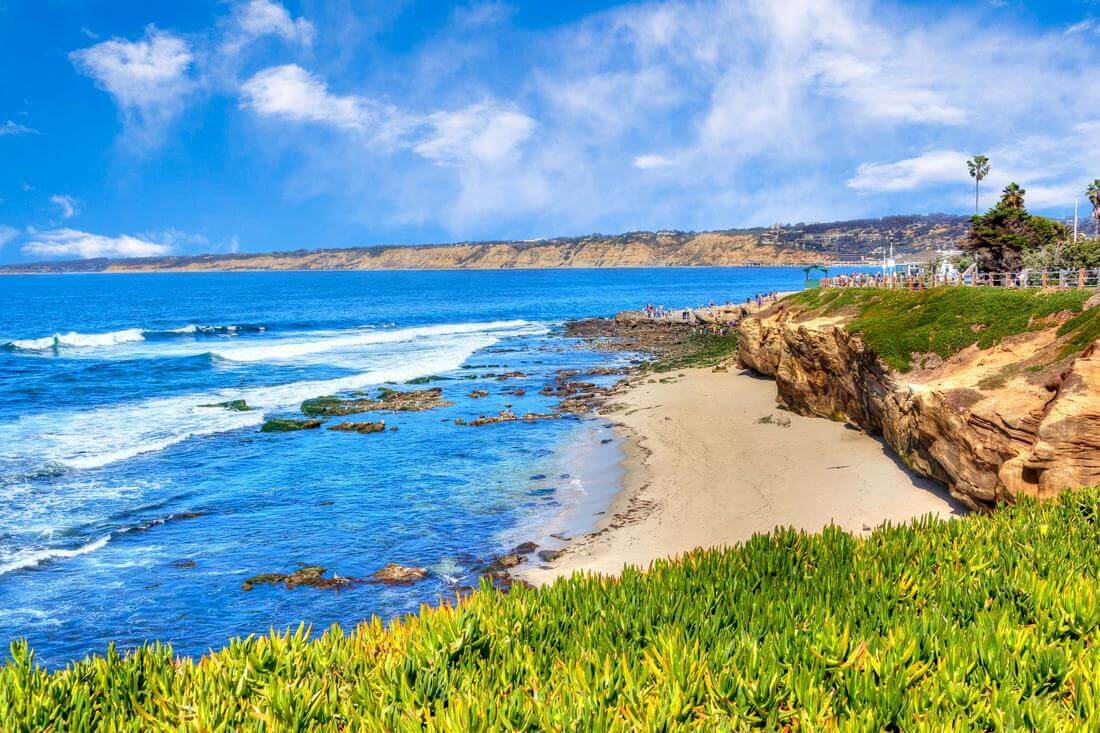 La Jolla is the most prestigious beach area of San Diego. Translated from Spanish, “La Jolla” means “jewel”, and its location on the cliffs overlooking the ocean, of course, makes it a pearl.

La Jolla guests love to go shopping and eat in excellent restaurants with stunning views of the water. There are also many opportunities for outdoor activities: kayaking, shopping, surfing, cycling or jogging.

Favorite hobby of tourists in La Jolla - just take a walk. Sometimes this happens along the cliffs overlooking the sunset, and then ends with a descent to the tides. On other days, it is more like walking around the city watching people.

Coronado is not an island, but a peninsula. However, this fact does not stand in the way of the name used by most people. Whatever you call it, this is a narrow strip of land between the San Diego Bay and the Pacific Ocean, the width of which barely reaches several blocks.

In Coronado you will find the beach, which was named one of the best in the country, a classic hotel and a compact, lively little town center.

Thanks to Coronado’s laid-back temperament, you can calmly tear yourself away from the more vibrant areas of San Diego, eat ice cream, drink at the bar or hang out in the city center. 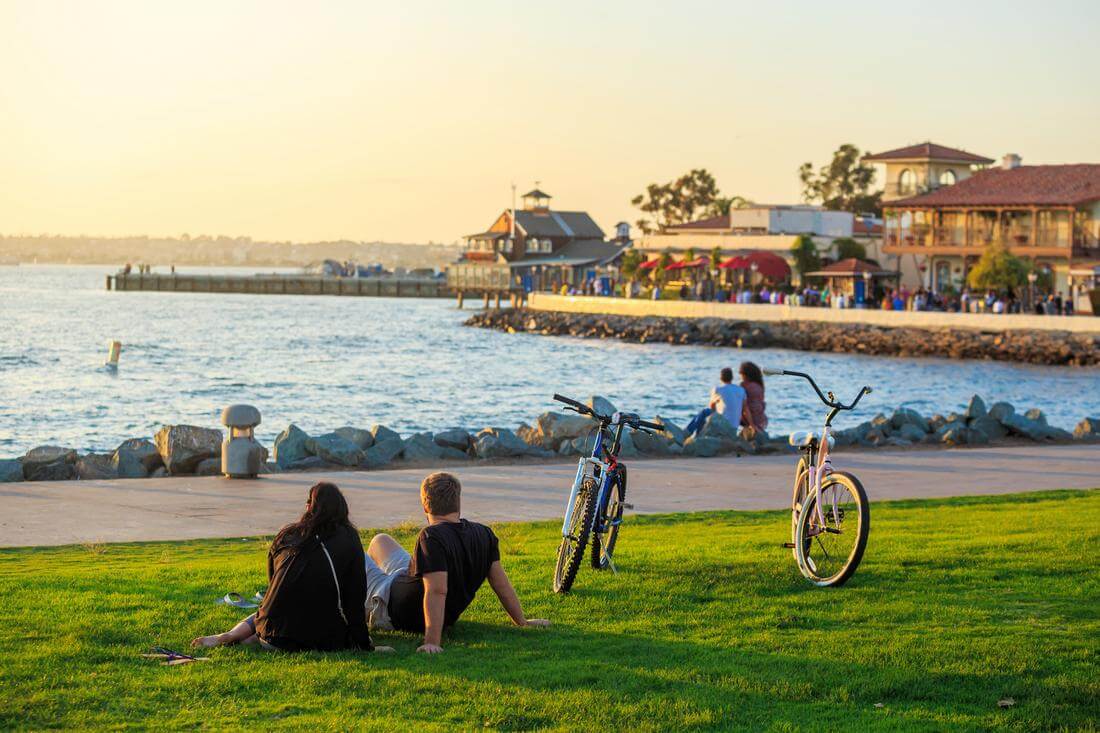 The San Diego Zoo often appears on the lists of the best and is actively involved in animal welfare. The first animal in the park was exhibited in 1916 - it was a bear named Caesar. Today, San Diego Zoo has gone far from past zoos, where animals live in the most natural conditions.

Undoubtedly, the most famous inhabitants of the zoo are giant pandas. In addition to California koalas, bearded pigs and boas, more than 4,000 rare and endangered animals live on 100 acres of the zoo. And, although few visitors can notice, there is also an outstanding botanical collection of more than 700,000 exotic plants. 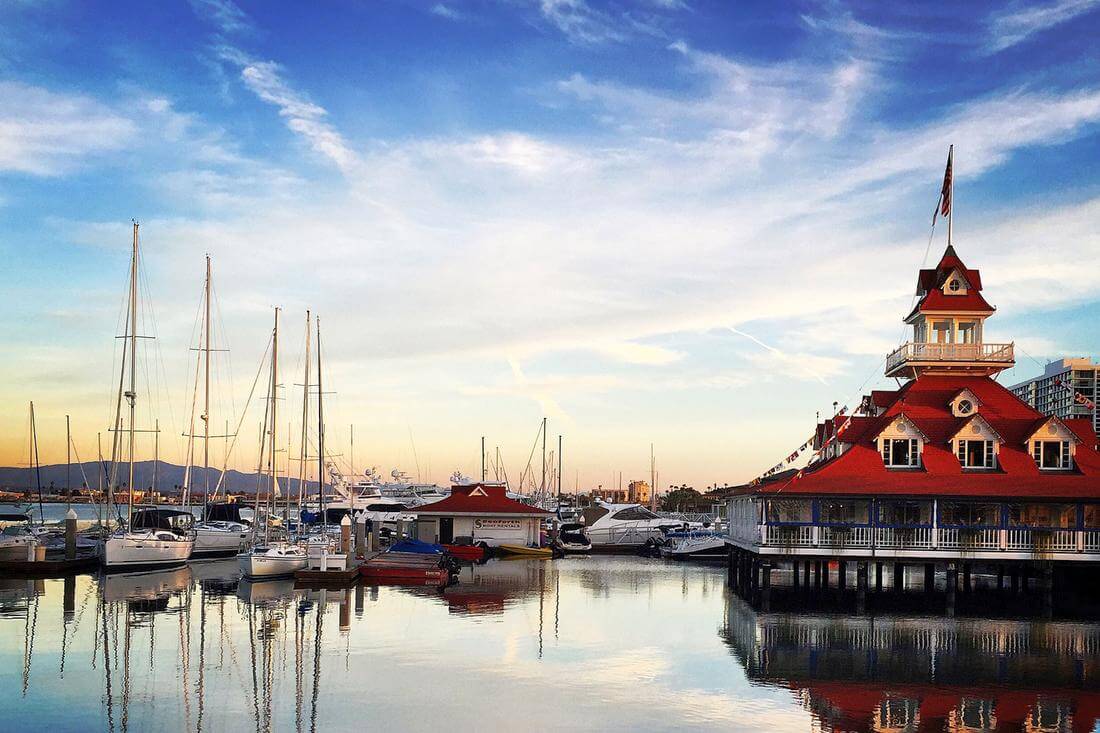 Water plays an important role in San Diego. The city center faces it directly. Point Loma and Coronado surround a large, quiet bay. In addition, you can rent equipment for kayaking and snorkeling, as well as pre-book scuba diving courses.

Despite the fact that San Diego is known for its abundance of sunlight, it has 102 cloudy days a year, according to data, and many of them fall in the summer. Consider this fact when visiting.

Legoland draws inspiration from that same designer. This is one of several Legolands around the world.

Here you will find cops, dinosaurs, pirates and a dizzying collection of other block art. At Legoland, kids will find attractions to their liking, and adults will enjoy the Lego aesthetic.

Spanish explorer Juan Rodriguez Cabrillo was the first European to visit present-day San Diego. He stepped ashore not far from this place, where the settlement was later founded, in 1542. We don’t know whether Cabrillo climbed to the top of this cape or not, but the people who are doing the climb now get the best view of San Diego by looking at the bay in the city center.

In addition to the magnificent views, below there is a historic lighthouse, a visitor center, and a beach with good whale watching in the winter. 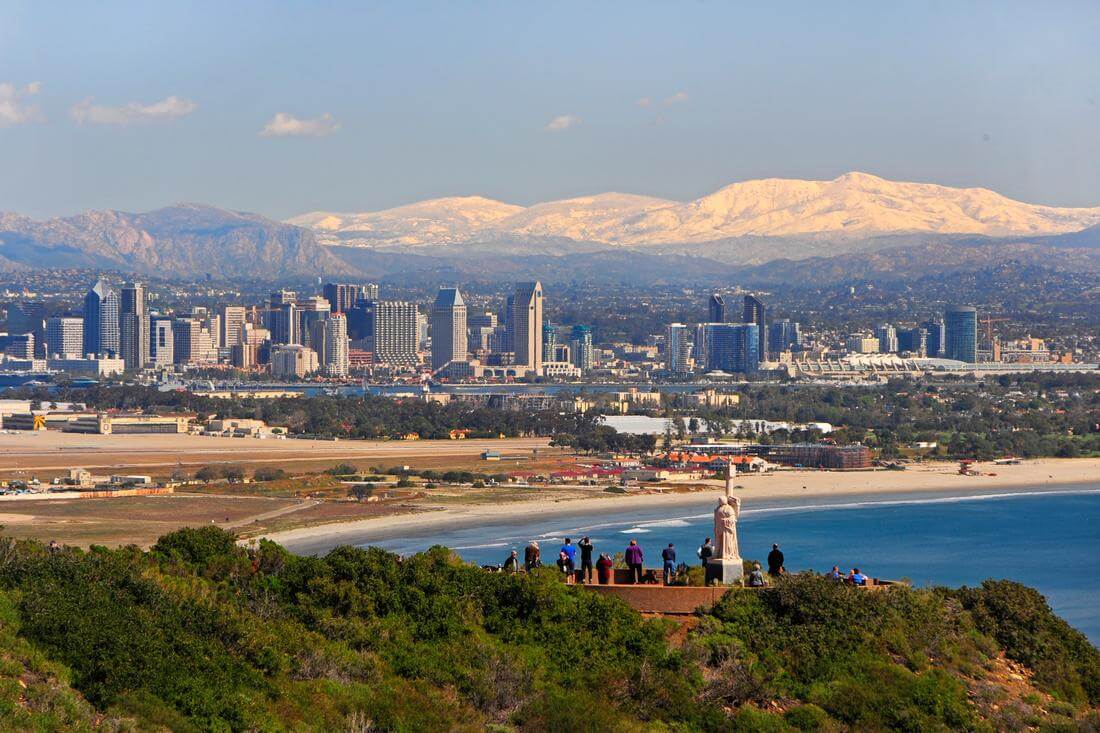 Discover the promising artistic side of San Diego in one of the nine art districts of the city. This is a home for young artists and designers, with great boutiques and art cafes.

Also here are some of the most famous works of street art in the city.

Next to Cabrillo Monument is the best point for enjoying ocean views at Point Loma, located 9 miles west of downtown San Diego.

Sunset Cliffs and unspoiled vegetation make an unforgettable walk in the daytime and at night. There are no opening and closing hours, although it is best to go for a walk when there is light to provide maximum visibility and not accidentally fall.

Explore the surroundings of San Diego — book a guided tour with American Butler!
Send a request