The Natural History Museum in New York is perhaps the coolest science museum in the world. The film "Night at the Museum" was shot there. Moreover, it is equally interesting for both children and adults. 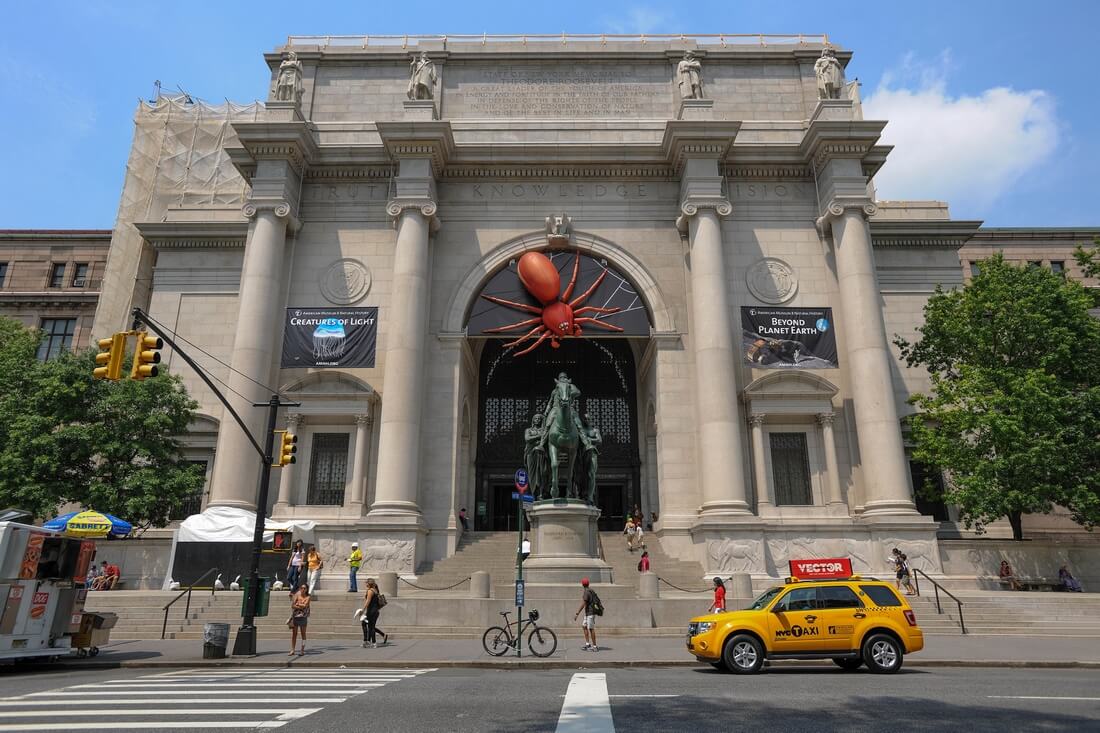 History of the American Museum of Natural History

The museum was founded in 1869. In the first few years of his existence, he looked rather dull. It was organized by American naturalist Albert Bickmore with the support of several financiers. Soon, authorities took up the project, but no one paid much attention to the museum.

A collection of skeletons and stuffed animals was of interest only to a few scientists. The museum teetered on the brink of bankruptcy. But nevertheless, the museum was allocated a separate building - in a vacant lot behind the park, without normal infrastructure and with minimal traffic.

The situation changed dramatically in the years 1885-1910, when the so-called Golden Age of Explorations came. The museum was led by philanthropist Morris Jesup and geologist Henry Osborne. They oversaw several museum expeditions, expanded the exhibition sector, and strengthened ties with the authorities.

Scientific laboratories were opened on the territory, new buildings for museum workers and specially equipped warehouses were rebuilt. The Natural History Museum in New York has become the main museum in the United States.

What to see at the AMNH Museum of Natural History

To inspect the full exposure, we recommend laying about 6 hours. But it is better to divide visits by two to three times - so you will not get tired, which means it will be easier to perceive the information.

Moreover, the suggested admission system operates at the entrance. This means that payment for a pass ticket is made in any amount: the recommended amount is $23, but you can pay less, as much as conscience allows. Although we still recommend, if possible, to pay for the ticket on the recommendation - salaries are paid to employees by state funds, and this money is used to maintain exhibits and restore the museum.

Remember the huge dinosaur skeleton from "Night at the Museum"? So, this is just one of many. The Museum of Natural History presents almost the largest collection of ancient reptiles. It is useless to describe it - visually it fascinates and paralyzes many times more. There are more than 50 dinosaurs in the collection, and there are also mammoths and ancient birds... And these are not just boring fossils - each exhibit has its own history and is as interactive as possible. 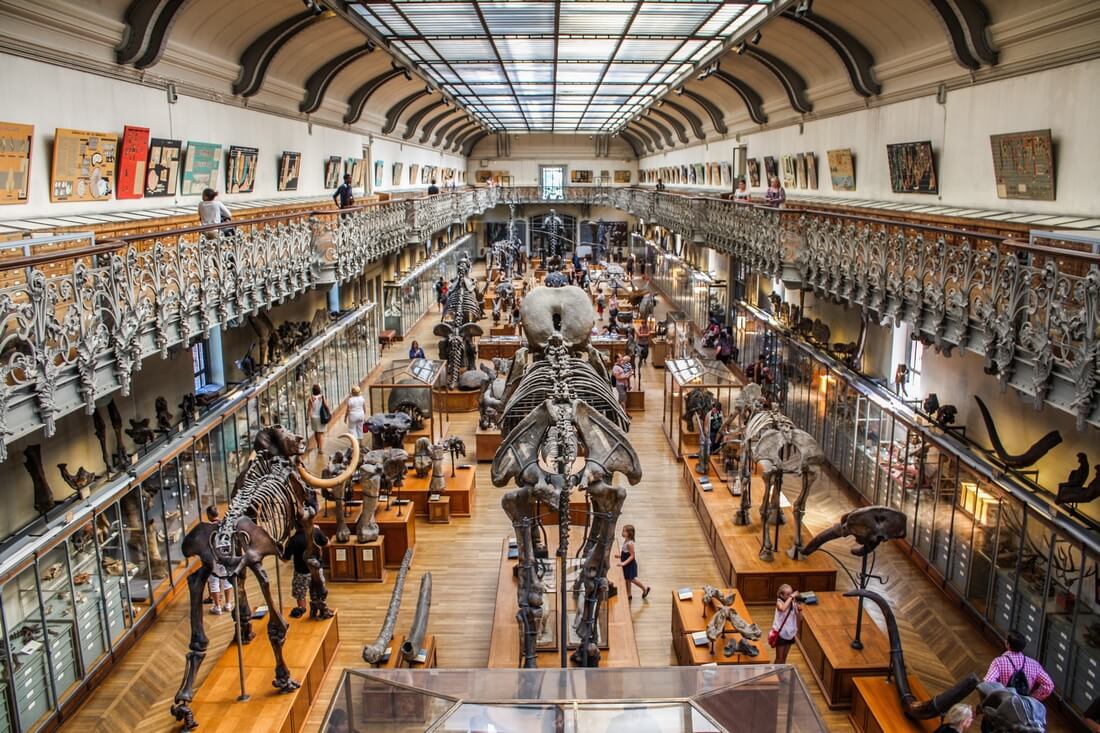 Skeletons, wax figures and genuine household items of primitive people are also represented there. This is both interesting and amusing - so many things have changed over millions of years, and we still look like our furry ancestors.

Another huge sector of the museum is animals, birds, insects and underwater inhabitants. Nevertheless, the museum began precisely with zoology; it still holds the brand. All the animals presented are made in full size and look exactly like living ones, and each individual natural zone is accompanied by accessible explanations. For the most romantic, the museum has a gallery of butterflies.

On a separate stand are rocks and minerals. The history of each type of precious stones and valuable breeds with examples captivates even children.

The museum has its own planetarium and several halls dedicated to the history of the origin and arrangement of space. And this is one of the most interesting sections of the museum. Visitors have access to several scientific attractions at once. For example, you can find out your weight on the moon or look at the universe from Jupiter.

Even if you don’t get on an excursion, consultants are placed around the museum who will orient and tell you about the exhibits that interest you.

Each section has special stands. On them you can take photos with museum characters and send them to relatives and friends by e-mail. And in order to send something, we invite you to the Museum of Natural Science - the scientific heritage of mankind is waiting!

And so that your route includes not only this, but also other amazing Manhattan establishments, contact us at American Butler!

Just one button separates you from the adventure of a lifetime.
Send a request
Also read
Guggenheim Museum
The Guggenheim Museum is more than just a museum. Rather, even the opposite of these classic walls in paintings, with the smell of dust and spotlights. This is one of the most striking cultural centers… Read more
The Metropolitan Museum of Art
The Metropolitan Museum has nothing to do with the subway. But with art and fashion - as much as you like. Let's walk through the most famous museum in New York. Read more
Intrepid
Intrepid is a favorite place of famous American marines. Their relatives and friends visited there with a probability of 99%, and these worldly-wise children will not advise the poor military museum. Read more
Taxi in the USA
Читать еще
How does recycling work in USA
10 years in prison for dumping trash? Easily, if you threw the packaging from under the laundry detergent in the tank for food waste. More recently, Americans did not want to dig in the trash, but now… Читать еще
John D. Rockefeller
Читать еще
Who invented the hot dog
Читать еще
Smoking in the USA
Smoking is the bad habit that infected the whole world from America. But modern Americans themselves are not particularly loyal to smoking. How it happened, let's try to figure it out. Читать еще
Atchafalaya Basin
The Atchafalaya Basin is the largest river swamp in the country, containing almost a million acres of bottom hardwood, marshes, flood and swampy lakes of America. The pool begins just outside Simmesport… Читать еще
Mount Charleston
The view of the snow-capped mountains seems a bit surreal when Las Vegas still feels the warmth of the desert sun. At 11,916 feet above sea level, Charleston Peak is covered in snow for more than six… Читать еще
Comic-Con International
Comic-Con is an exhibition that educates people about pop culture. The bet is on comics and related art forms. Organizers support public presentations and exhibitions on the historical contribution of… Читать еще
American Museum of Natural History 5 1 0 0
Sharing: