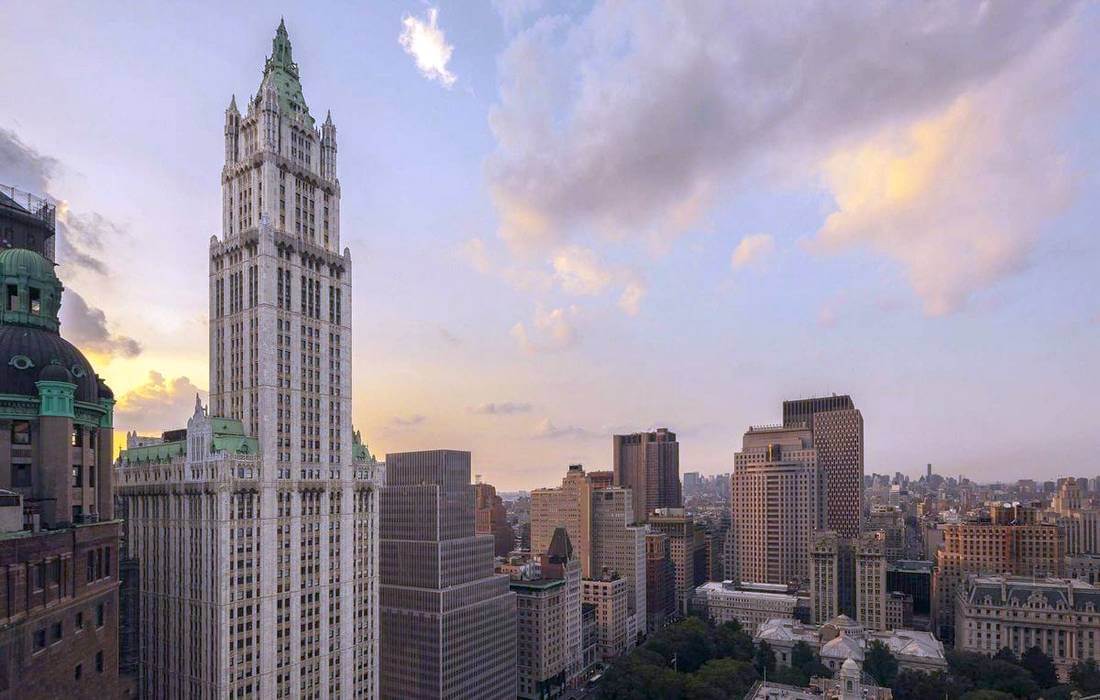 How to build a tower of coins

The Woolworth Building has an extensive and interesting history. Creator of the world's first supermarkets and founder of the FW Woolworth Company retail chain, Frank Woolworth decided to perpetuate his brand as a giant building in Manhattan. The idea was good, but it cost a lot of money - in the 1900s, construction required $13.5 million. Woolworth, though he was an industrialist, had no easy money. The solution to the problem turned out to be simple and ingenious at the same time - he began to save. And so, as the goods in its stores were sold for 5-10 cents, Woolworth saved money.

In 1910, Frank Woolworth accumulated even more than the required amount and paid for all the work in cash. To design, Woolworth hires Kass Gilbert — he will later become the architect of the buildings of the US Supreme Court, the University of Minnesota, and Texas.

Gilbert proposed a win-win option - a neo-gothic skyscraper with columns, terracotta trimming and a gilded pyramid on top. The carved decor on the facade and the clear, straightforward forms of the high-rise were to stand out even on the brightest street in New York - Broadway.

It was originally planned to build a building with a height of 190 meters, but in the process the project was adjusted to 241 meters - 58 floors. And all because of the nearby tower MetLife Tower: the building of the insurance company stood at 213 meters, it was a sin not to wipe their nose. Coins something missing.

In 1913, a pompous discovery took place. The newly elected US President Woodrow Wilson pressed a symbolic button in Washington and in New York on Broadway. at that moment almost 6 thousand windows of the Woolworth were lit with light.

At that time, the skyscraper was the tallest building in the world, and such a ceremony struck all Americans to the core. Anyone who had collected coppers for a couple of years ago reached the sky and could look at New York from a bird's eye view. 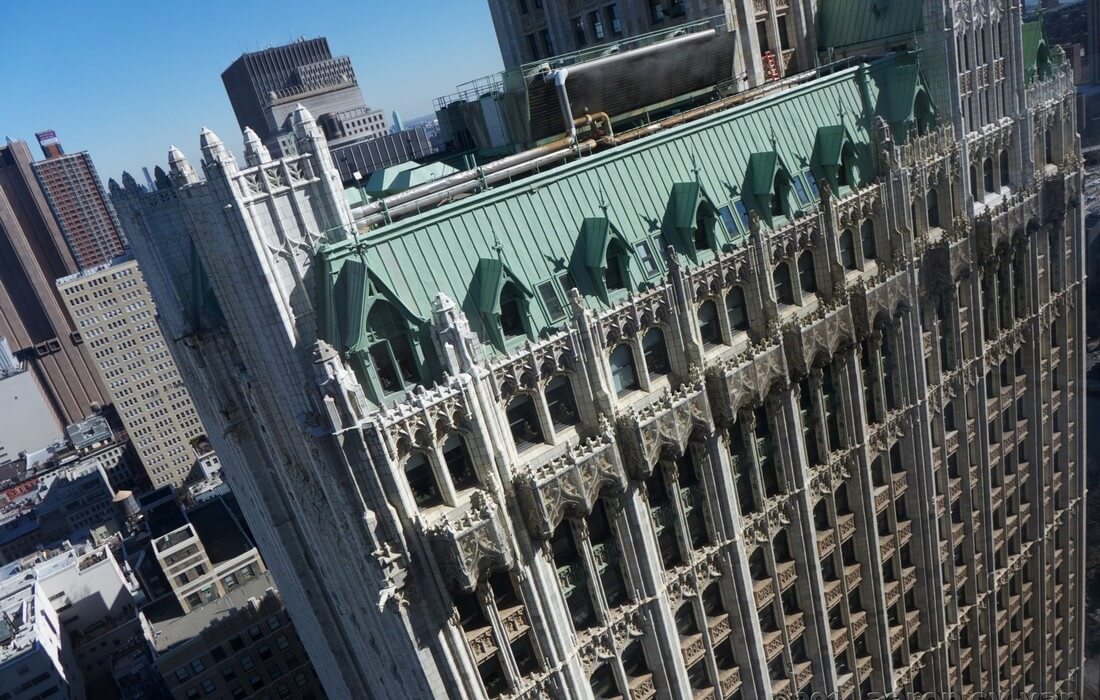 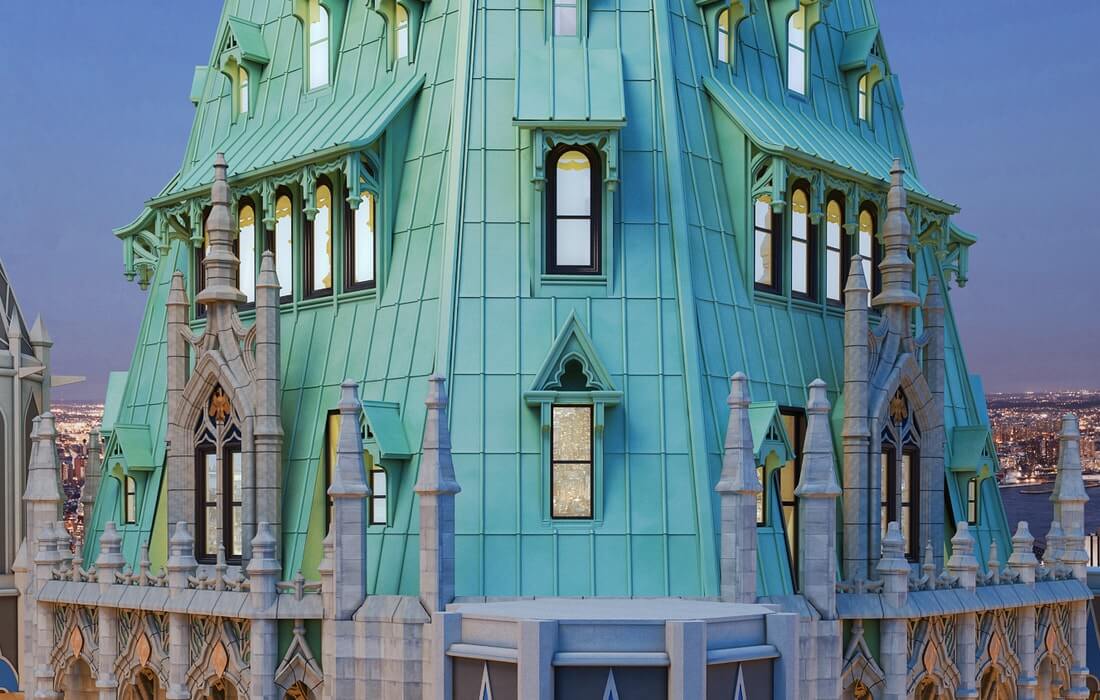 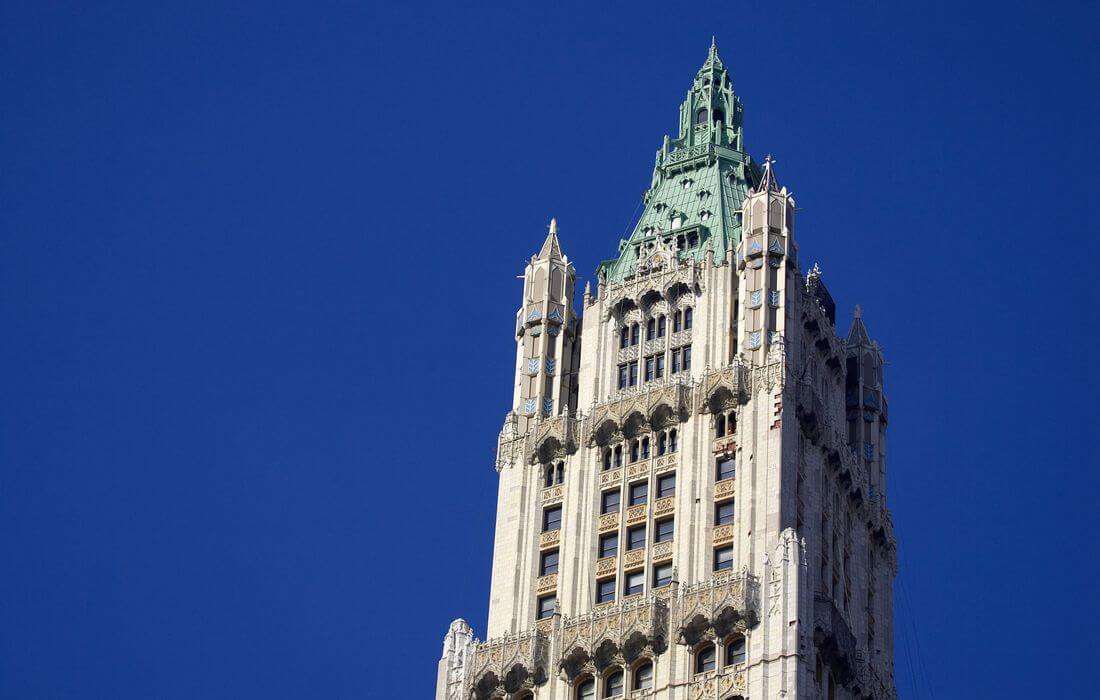 The company of Woolworth owned the building until 1998. It housed the headquarters of the FW Woolworth Company, later renamed the Venator Group. In addition to them, the studios of Columbia Records, the offices of the Irving Trust Bank and a couple of large corporations worked in the building. At the top there was a viewing platform, which was not even equal until 1930.

But here's Woolworth's daughter, Barbara Hutton, who owned the skyscraper later, did not differ by her enterprise. Being rich, addicted to all kinds of doping, not quite mentally healthy and on the whole quite a flighty woman, she quickly broke up all the money to help her fellow friends, seven husbands and gigolo lovers. In order to somehow get out of the financial hole, the areas in the building were rented cheaper, and later sold.

Today, the building houses the New York School of Continuing and Professional Education and the head office of the Control Group Inc.

How to get and what to see

Alas, no way. After the terrorist attacks of September 11, 2001, the entrance to the building was closed to tourists. Earlier, the Woolworth Building often flashed on postcards between the two towers of the World Trade Center. As a result of the disaster, the building was completely de-energized for several weeks, and it was decided to limit the entrance for security purposes.

So what's up with Batman?

In 2008, it became a bit more interesting for New Yorkers to live - the famous Batman silhouettes appeared in the light of a searchlight on the Woolworth Building at night. All this was timed to coincide with the release of the film “The Dark Knight”, but it was not immediately and not all that was guessed about.

Although this was not the first time that the Woolworth Building became the object of attention of a creative bohemian. In 1925, Vladimir Mayakovsky visited New York. And the most striking mark about this was the poem “The Young Lady and Vulworth”.

The skyscraper still looks so colorful that it is attracted in every possible way for the filming of movies, photos on postcards and sightseeing tours.

And if you want to see this masterpiece of American architecture alive, welcome! Click the button below, and American Butler experts will advise on the best routes and help with planning a tour in New York.
Send a request
New York
Sights
Festivals
New York City Restaurants
New York Parks
New York Museums