Chrysler Building - the most beautiful building in New York

Chrysler Building is one of the most elegant skyscrapers in New York. For 80 years, he has headed all the ratings of the most beautiful buildings in the USA. Is there really what is called expensive-rich in our material? 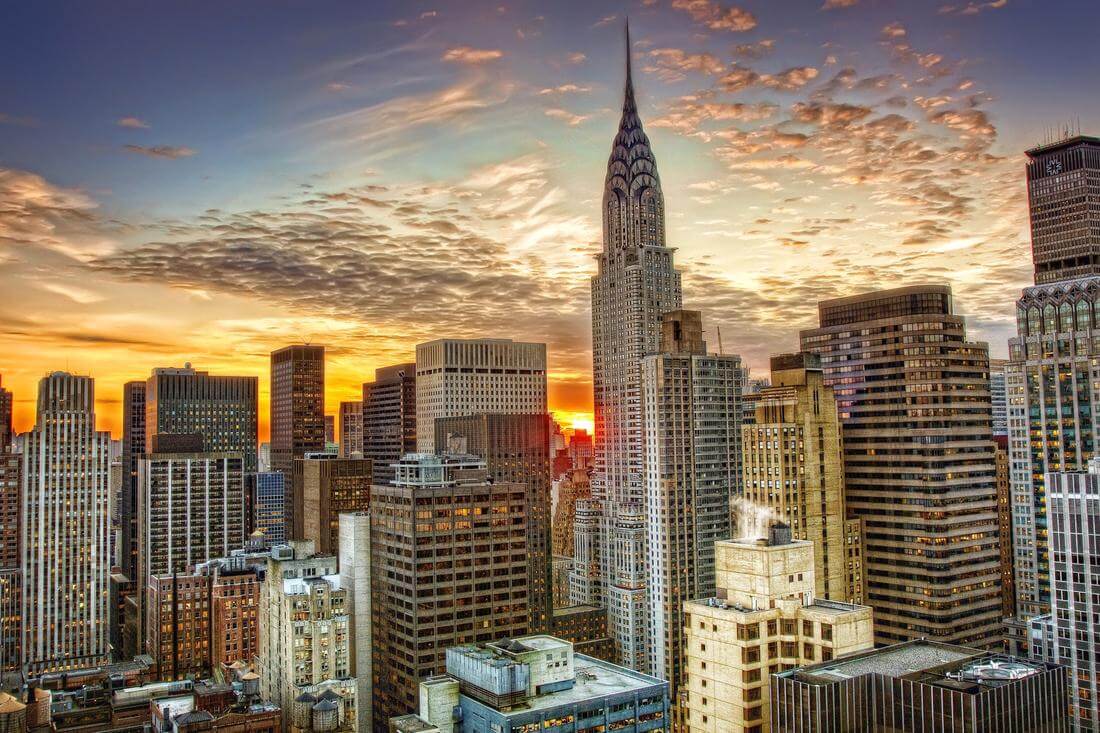 Where the legs grow from is clear from the name - Walter Chrysler, the owner of the Chrysler automobile concern, wanted to perpetuate the glory of the brand. For this, he arranged with New York Senator Reynolds to order a project of a skyscraper in Manhattan, and after the finished project would be sold to the company. Rotate the scheme failed. Literally a year later, the future handsome skyscraper Chrysler was built, and Chrysler entrepreneur rubbed his hands pretty.

Construction took two years, by 1930 the building was completely ready. Only what it will be, only architect Van Ellen and several officials knew.

The famous building spire on a steel turret was designed and erected in an atmosphere of secrecy to circumvent other high-rises - for example, the Trump Building. And they were able to install it in just 1.5 hours. Incredible, isn't it?

For almost a year, the tower was the world's tallest building: 77 floors - 320 meters with a spire. After it overtook the Empire State Building. But this is not important.

Chrysler Building is one of the best examples of Art Deco style. But the architects managed to connect it with Chrysler brand elements. 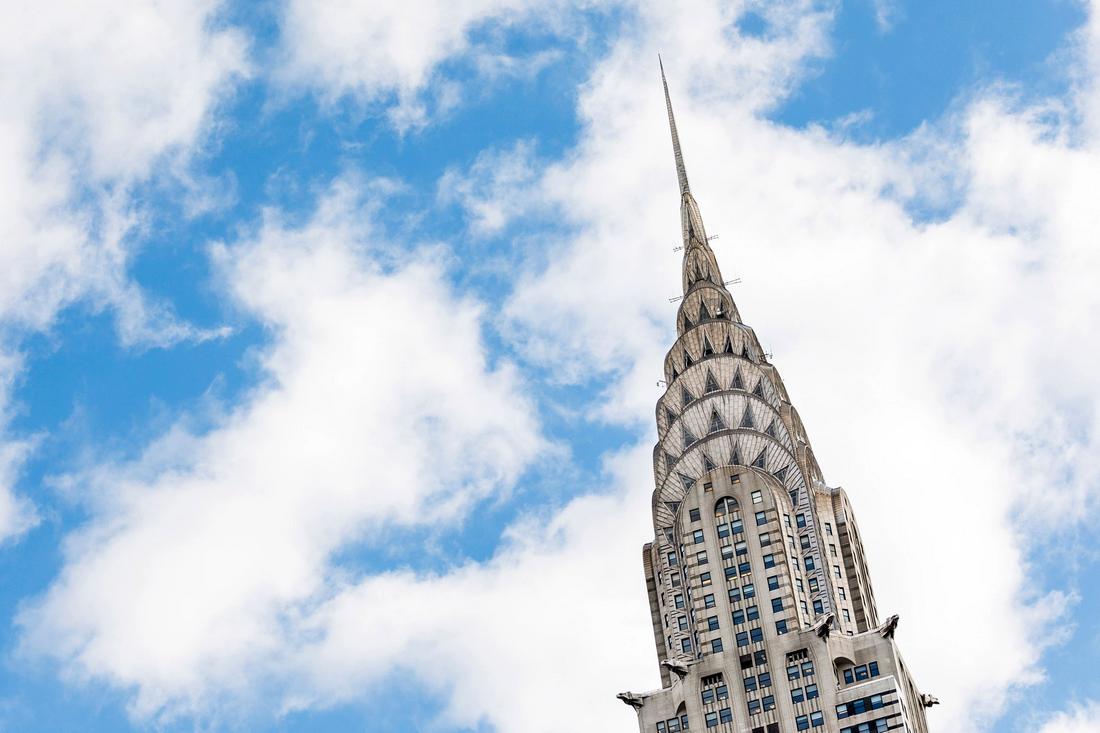 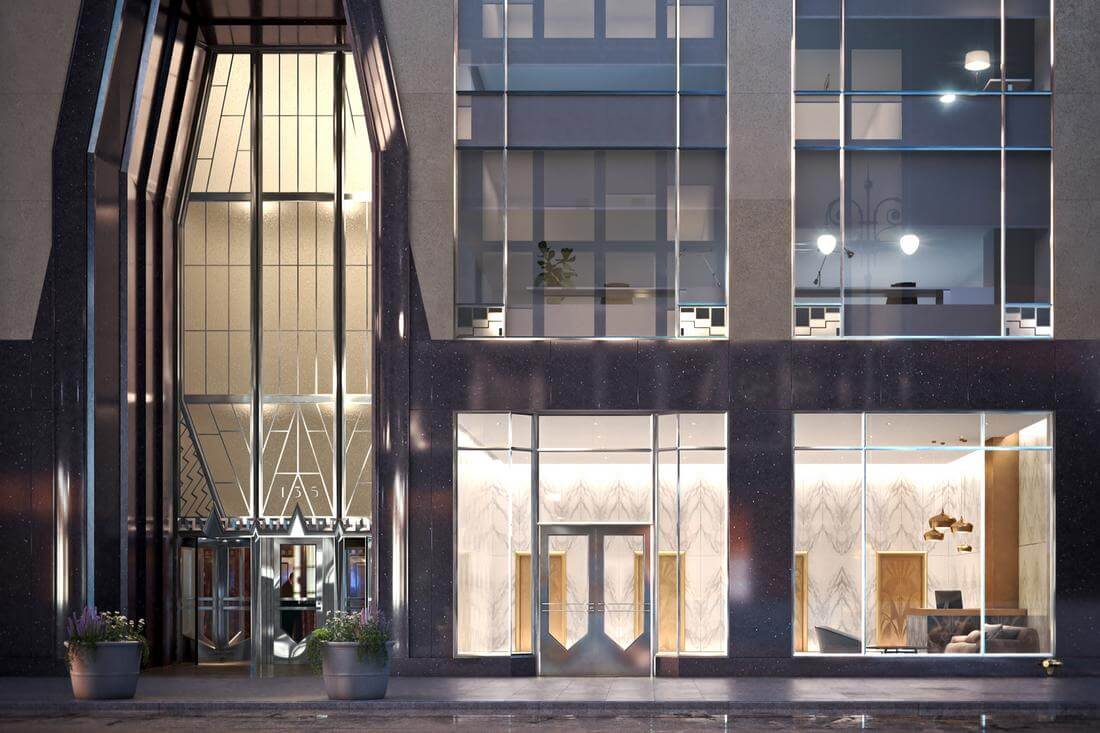 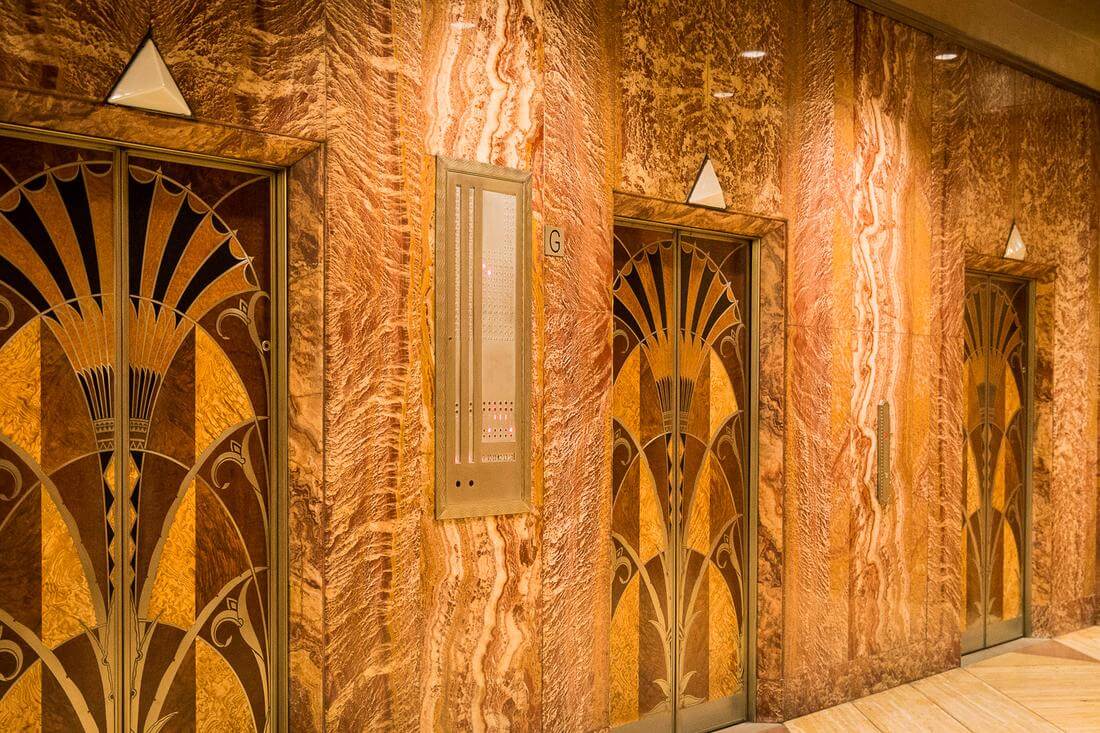 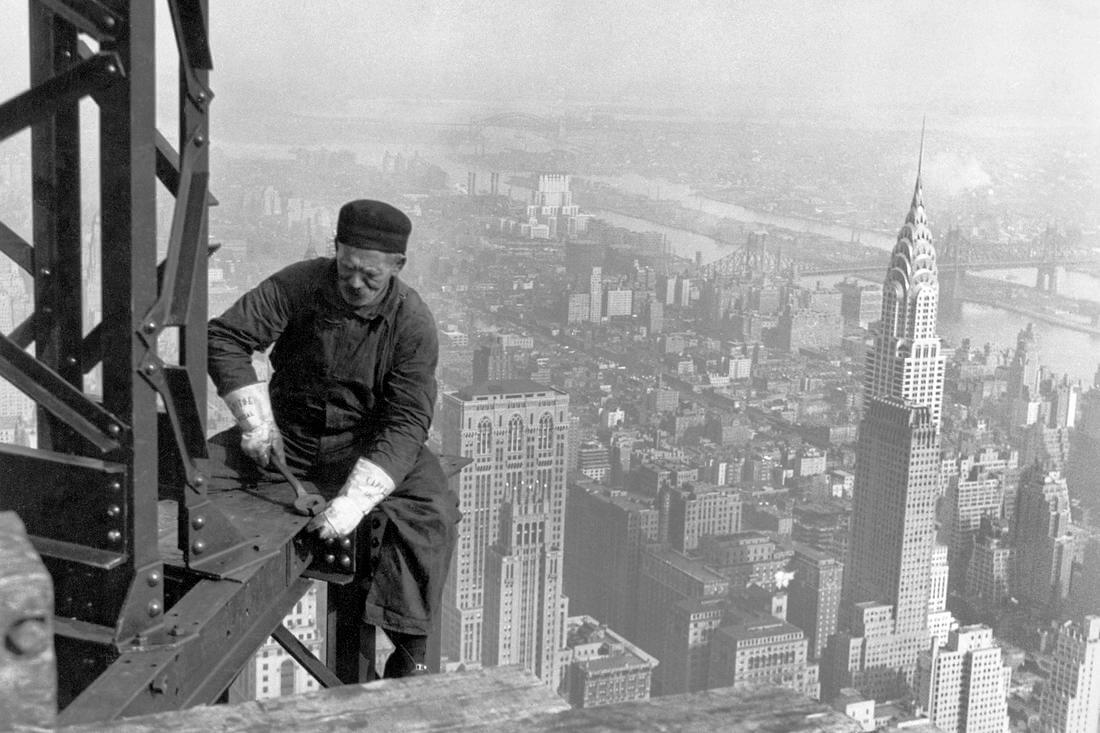 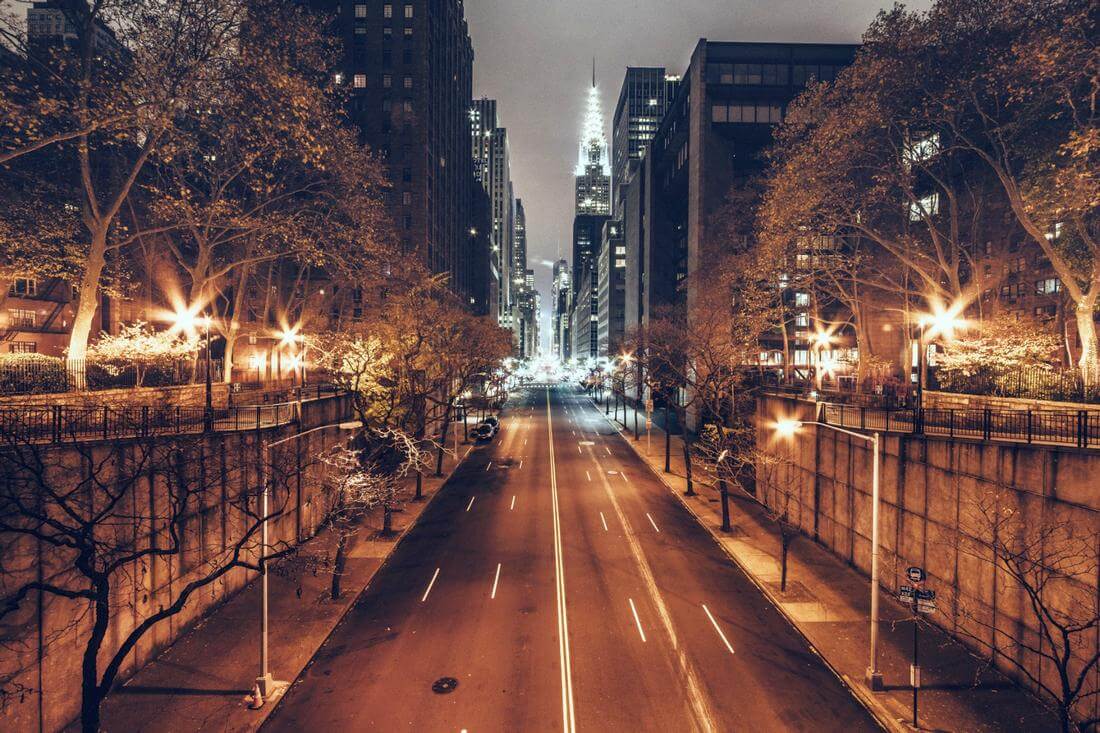 Famous steel arches under the spire - the product is just such a mix. It is decorated with a pattern from the rims popular in the 20s models. They say that these are the roofs of the apartments of Walter Chrysler himself, but this is a lie - there are 7 technical floors. The ceilings are low and ventilation is almost absent. Previously, there were television and radio antennas and equipment, but after they moved to Empire State, today the floors are empty.

At the level of the 61st floor, the corners of the building are decorated with steel gargoyles, and the 31st floor is given to four metal eagles. In the 40s, they became the subject of dispute - many citizens were against such “frivolous elements” on the facade of the beloved skyscraper. For this, they even collected votes and wrote a petition to the city authorities. Immediately gathered a crowd of defenders. And the last outweighed. Today, gargoyles are one of the symbols of the Chrysler Building, and their photos hang in the lobby of the building. 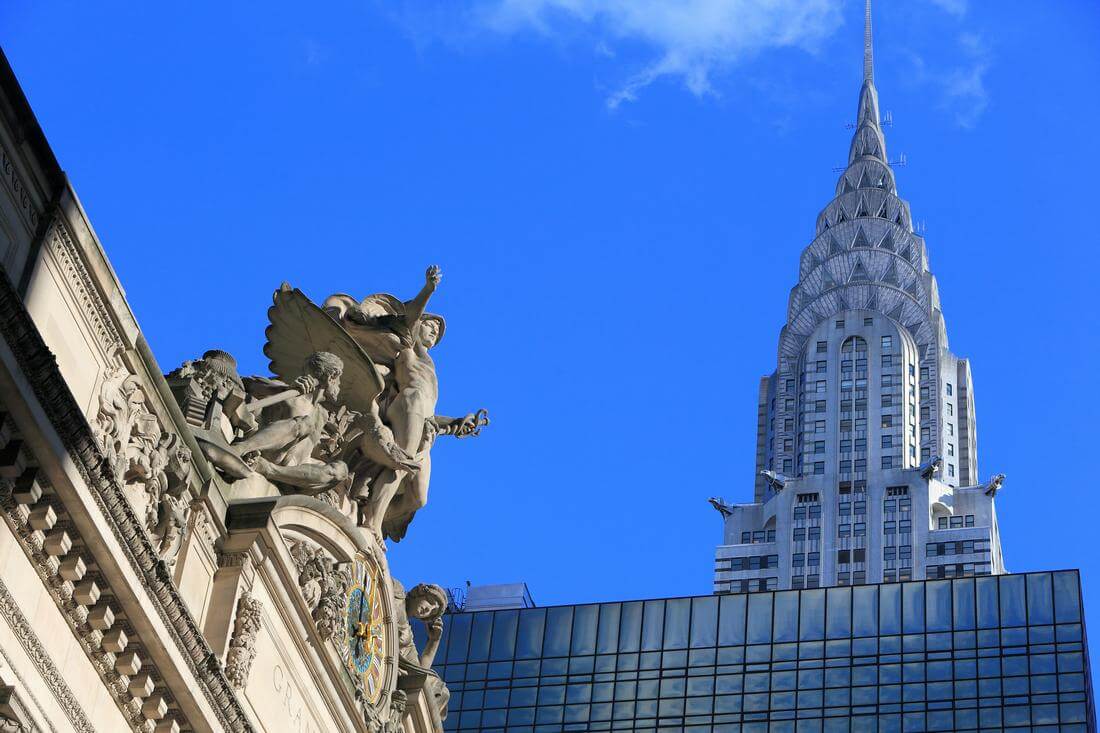 What's inside the Chrysler Building

Chrysler Building is on the list of National Historic Landmarks of the United States. Until the 1950s, only the headquarters of the Chrysler auto concern was located there.

Today, this building is leased to several corporations. For particularly wealthy guests, the restaurant on the top floor is also open - in the days of Chrysler there was an observation deck. But as soon as the concern lost full control over the skyscraper, the building was closed for visiting tourists and city residents.

Today, only those on the ground floor are available for those interested. It seems that this is not enough - only one floor. But those who were inside will argue with you. By the way, about the interior: in the interior of the building, the combinations of wood, steel and colored marble that were unique at that time were used.

As conceived by the architect, when entering the building, visitors should have experienced the same feelings as from the new premium car Chrysler.

Want to check it out? No problem! Leaving American Butler is faster and easier than saving and choosing a legendary car. And we will make sure that your impressions of New York are unforgettable.

Leave your request for a tour - we will definitely open the city for you from the new side!
Send a request
New York
Sights
Festivals
New York City Restaurants
New York Parks
New York Museums