The good old Brooklyn Bridge is one of the most recognizable silhouettes of the United States and the symbols of New York. He flashes in almost every American movie. How the hanging miracle was built and what was noted in the history - in our material. 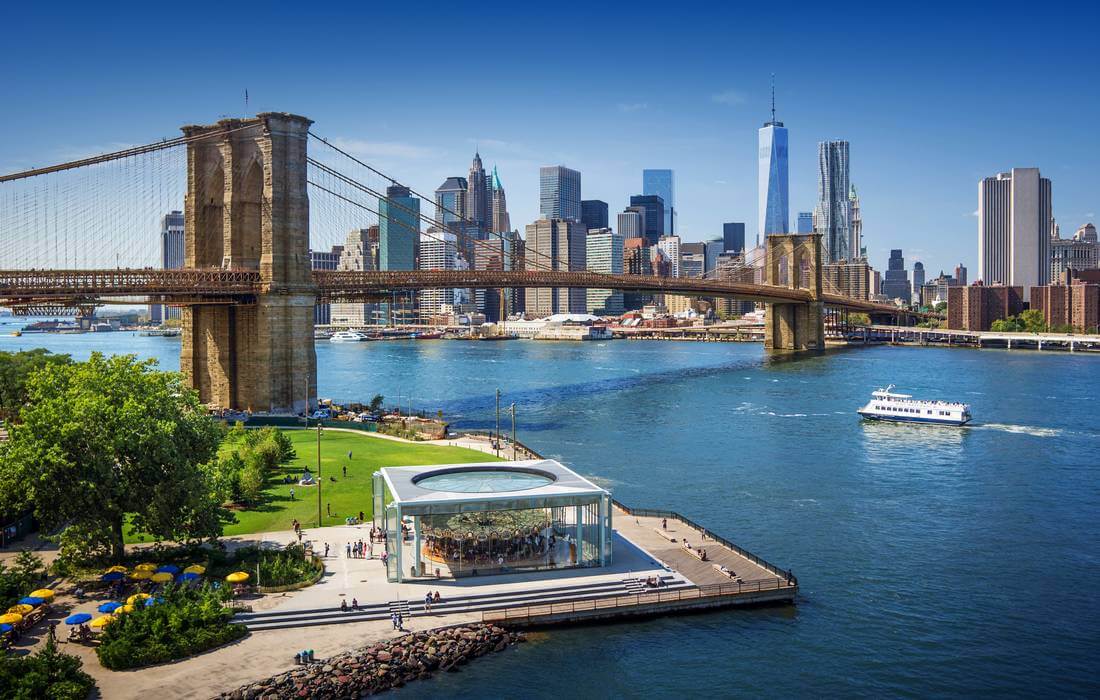 Initially, the idea of putting a bridge on the East River seemed crazy to the Americans. The 1800th year was standing in the courtyard: the need was already ripe, but the technology was tight. The wooden bridge could not withstand the loads, rotted, and even interfered with navigation.

Ilona Mask for underground tunnels in the 19th century was not found, and pouring concrete into the water seemed utterly insane.

The decision has matured only after 80 years - cable-stayed, that is, a suspended granite-concrete bridge. In order to put it, it was necessary to dig down to a hard rock under the waters of the East River, 25 meters deeper than the bottom, make notches, pour the foundation and install supports for the suspension. To say that it was difficult is to say nothing. It seemed impossible, but in fact it is - human obstinacy!

The two pillars were designed as arches in neo-gothic style not only for beauty - the openings were made small to save weight, so that the pillars could withstand the huge spans of the bridge. But even such massive supports turned out to be a unique technological solution for those times.

During construction, people called the bridge "flying tons" - soaring tons. The bridge can still be called for its greatness and size. 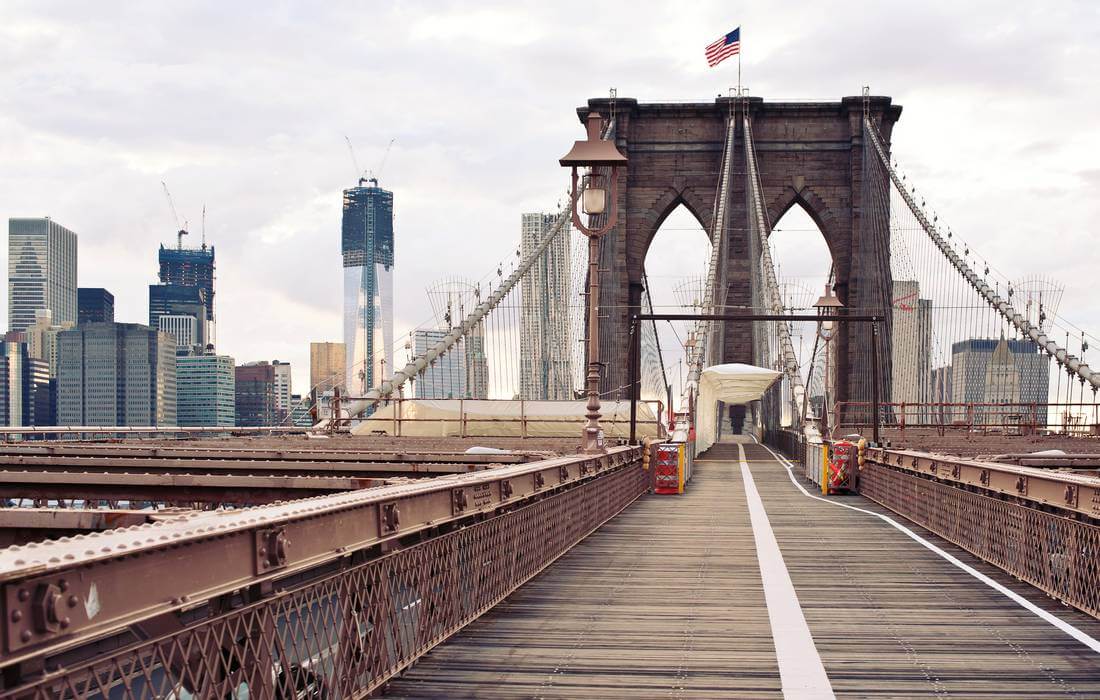 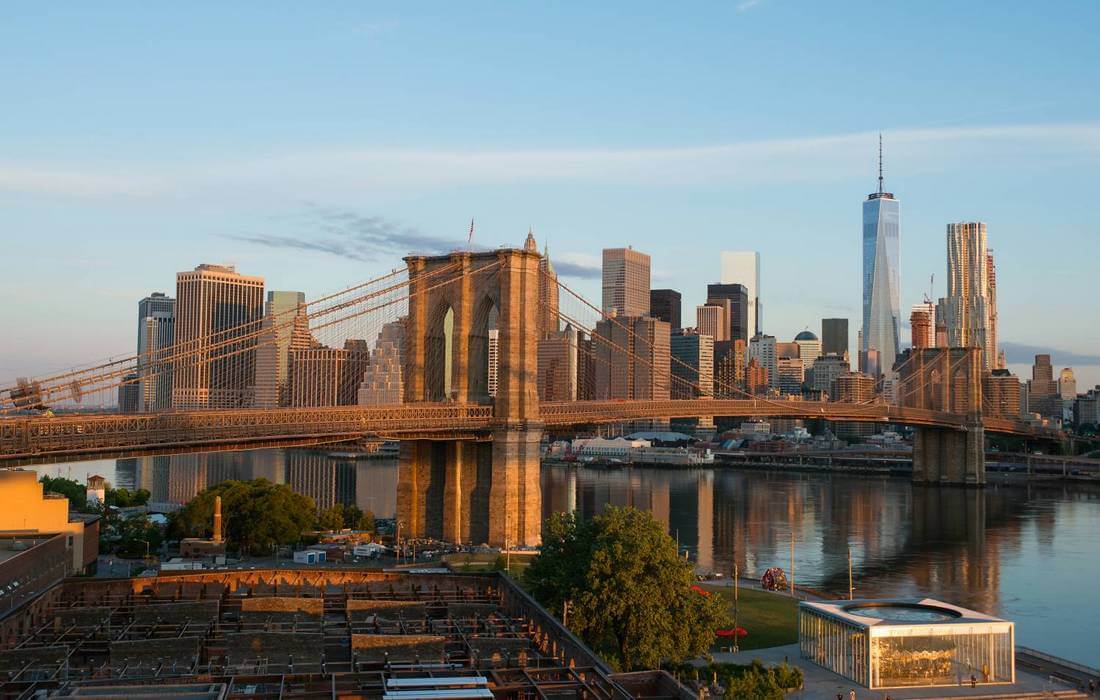 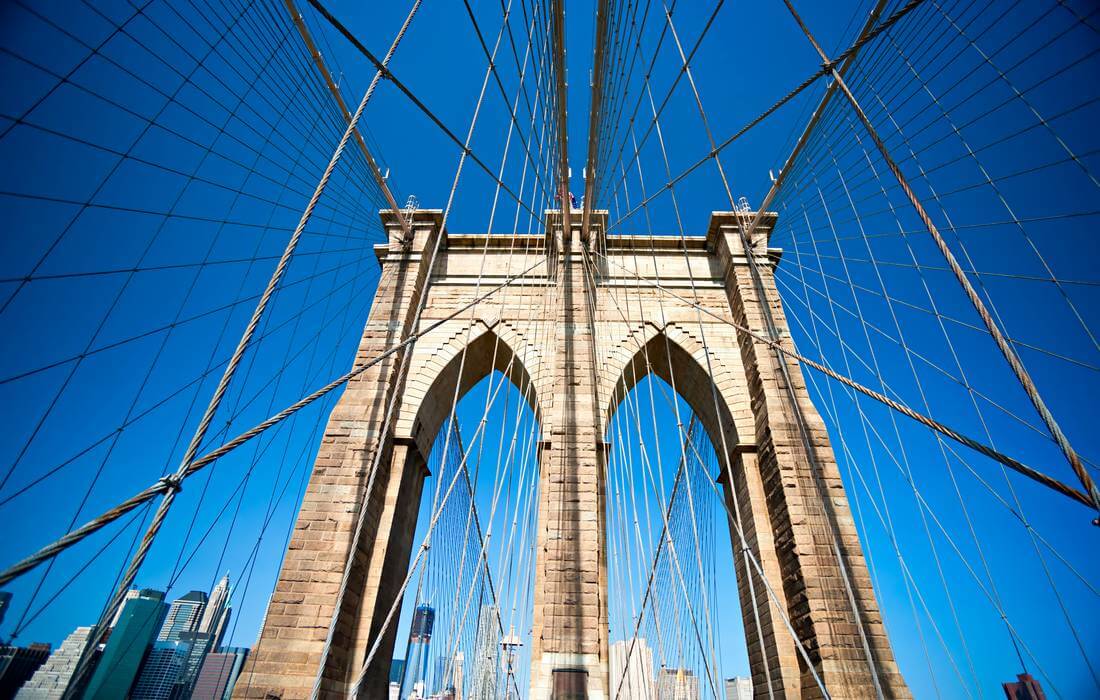 Fear and Loathing in New York

It is not enough to build a grand bridge, we must also prove to people that it will not collapse.

The chief engineer personally drove over the bridge after pulling the first cables - people were watching, newspapers were blowing, everything seemed to be fine. But in the future, the cables were replaced with cheaper ones. When pulling one of them broke - the victims, the resonance, all from the beginning.

The reputation of a safe and secure bridge came only in the 13th year after construction began. And for that, thanks to the circus, who was nearby - on the opening day, 20 elephants spent on the bridge. Spent for the sake of visual effect, but the crowd believed it. Since 1883, the Brooklyn Bridge has become an indispensable transportation artery of New York.

Minute horror. Virtually any grand structure stands on its bones, but the Brooklyn Bridge is on boiling foaming blood.

The fact is that caissons were used to set up piers of the bridge - special domes with compressed air injected there. They allowed workers to dive to the bottom of the river and rake out soft rocks of the soil, preparing solid supports for installation. It was necessary to work quickly, caissons were immersed and removed without any ceremony. Workers in them were called "land pigs" and paid them only $2 per hour for the hardest work: it was believed that the digger was also a digger at the bottom of the river, nothing special happens.

Because of the wild pressure in the dome and its drops during fast dives and ascents, people began to have decompression sickness. Compression of air provoked the excretion of nitrogen in the body, in humans literally seething and boiling blood. During the construction of the "disease of divers" painfully killed more than a hundred people.

This story, though terrifying, but also made a huge positive contribution to the architectural business. The example of the Brooklyn Bridge became a precedent for the whole world - adjustments were officially made to the building regulations. All deep-water operations are now accompanied by thorough safety studies. The number of victims and injuries reduced at times.

To make sure of it personally, having driven it between class excursions is not a problem, you just need to write to us in the chat window.
Send a request
New York
Sights
Festivals
New York City Restaurants
New York Parks
New York Museums