Pontalba - a residential complex consisting of apartment buildings. It is located in New Orleans, on Jackson Square. The complex bears the name of the builder, Baroness Pontalba, the daughter of Andres Almonaster, the builder of Cabildo, the town hall of New Orleans. 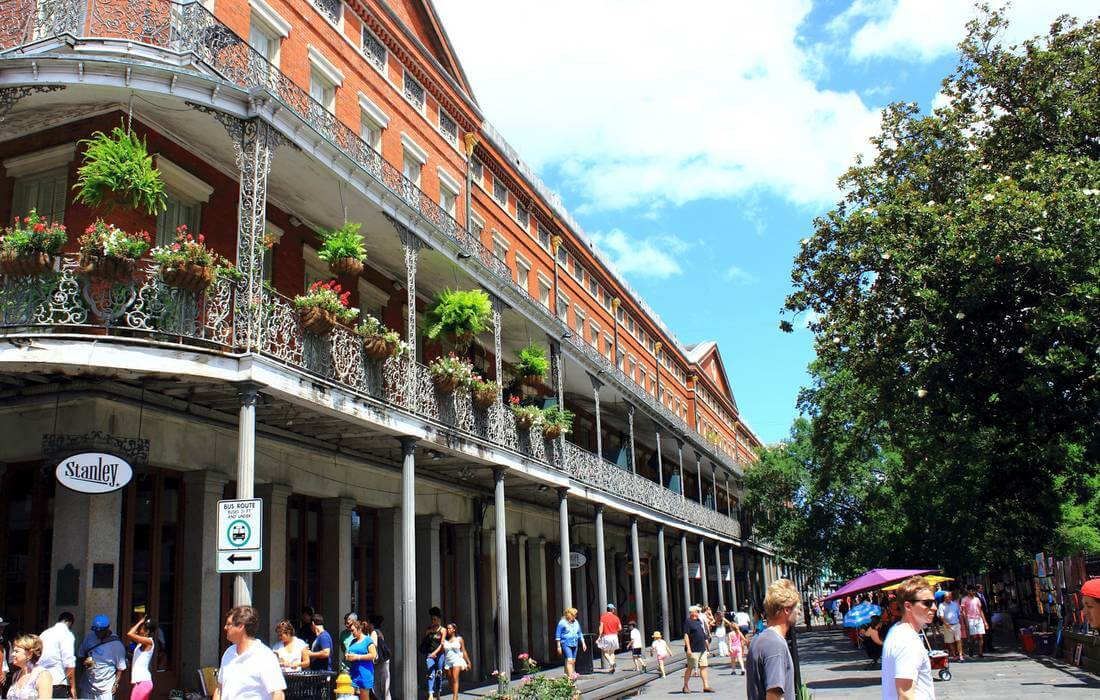 The buildings are reminiscent of the decadent and elegant architecture of New Orleans. Forming the two sides of the famous Jackson Square, the buildings extend the French Quarter.

Today there are shops and restaurants on the first floors of buildings, and apartments remain on the upper floors, which are said to be the oldest continuously rented apartments in the United States.

The houses have caused great admiration among visitors. Even writer Truman Capote described them as "darkly elegant." The complex includes 32 three-storey houses, 16 from each side of the square. The exterior of buildings consists of long galleries with wrought-iron frames that contrast with both French and American styles. The layout of the floors - Creole.

Cast iron railings on the balconies were the first to be seen in New Orleans. If you take a closer look, you will notice the interlaced upper case letters A and P, the designations for Almonaster and Pontalba, her birth name and her husband's name. These buildings helped redefine and adorn the main commercial district in New Orleans, allowing cultures to combine and share their languages, art, and stories with each other.

Michaela's father, Andres Almonester, was a wealthy notary and politician. In 1777 the state allowed him to purchase public land on both sides of the town square, which he turned into a profitable rental property.

Almonester was seventy years old when Mikaela was born. He died only three years later. In a marriage contract, her widowed mother agreed to an expensive dowry for her daughter to bond with prominent cousins. 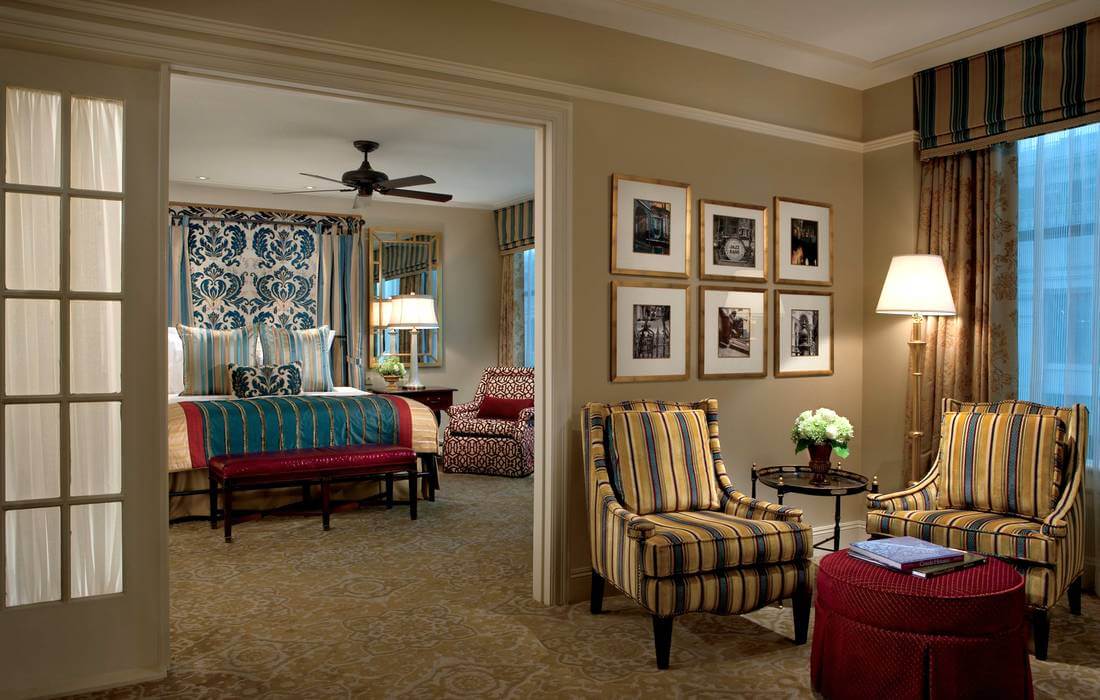 Like most creoles, she married cousin. Her relatives were more interested in money than in family love and loyalty. After the wedding, Michaela was quickly taken from New Orleans to the family castle near Paris.

Michaela gave birth to her husband five children, but the father’s influence on their marriage was disastrous. Two years after the wedding, the relatives of her husband forced him to sign a general power of attorney for her spouse, giving him control over her capital.

By the 1830s Michaela was actually a prisoner of the Pontalba family, who made her life miserable. If she was visiting New Orleans, she was accused of desertion.

Attempts by Michaela to defend his condition enraged the father-in-law, who in November 1834 shot her point-blank with dueling pistols in the family castle. That evening, reflecting all day, he committed suicide with the same pistols. Michaela survived after four shots to the chest.

In New Orleans, a civil affairs judge ordered the return of her property. The money received by the Baroness invested in real estate and acquired large tracts of land in Place d'Armes Square, which later turned into Jackson Square. During the 1840s she built two Parisian-style houses for more than $300,000.

From 1849 to 1851, architect Henry Howard was the chief designer of these buildings. Cast iron rails were used on the balcony of each house - something that much later became an important feature of the residential architecture of the city.

After the death of the Baroness in 1874, her family took over the ownership of the building, which continued until the 1920s. However, they did not really care about the property. As a result, part of the property moved in 1930 to the Association of Museum Buildings Pontalba.

Although many people believe that these were the first apartment buildings, this fact was disputed by the historian Christina Vella. She said that the buildings were originally built as part of a blocked building - this is when small houses are built "flush" wall to wall. Later, these private houses were converted into multi-unit houses during the Great Depression of 1930.

In 1974 Pontalba’s buildings were declared a National Historic Landmark due to its early and distinctive architecture.

Today, the original sixteen townhouses have been converted into 50 apartments, one of which is used by the mayor of New Orleans, and the rest are under rental control. Visitors can still shop and eat in the many cafes on the ground floor.

In the early portraits, Pontalba is depicted as a graceful and thoughtful woman, and in a photograph in old age - as a seasoned veteran with unmistakably masculine facial features. The residential complex left after her death is a living monument to the resilience of the human spirit.

Visit the residential complex Pontalba with American Butler!
Send a request
Also read
Metairie Cemetery
Of the 42 cemeteries of New Orleans, Meteyri is the most atmospheric. Here they spend their days wandering among seven thousand tombs and mausoleums. What hides the "city of the dead"? Read more
Church of St. Alphonsus
The Church of St. Alphons is a historic building of a former church on Konstanz Street in New Orleans, Louisiana. Completed in 1857, it is one of the few that has preserved the national image of a rich… Read more
Cafe du Monde
Although there are many coffee shops in New Orleans, and many of them are located in beautiful and historic quarters, not one is more recognized than Café du Monde. A trip to New Orleans will not… Read more
St. Louis Cathedral
St. Louis Cathedral is one of the most famous sights of New Orleans. This is a respectable building, whose spiers look at the square and the statue of President Andrew Jackson. Read more
How to refuel a car in the USA
Читать еще
How to get a mortgage in the US
Planning to buy property in the US, but you do not have enough money to buy a long-awaited home? You can ask for a mortgage loan in one of the US banks. In order to know all the conditions and rates,… Читать еще
Ralph Lauren
Читать еще
Fast food in the USA
What do you know about fast food? Probably that they do not need to get involved. And rightly so, but in fact the question is much more interesting. Argue that we will break at least 3 stereotypes right… Читать еще
Mission Trails
Mission Trails Park is San Diego's largest wildlife sanctuary and its pearl. There are about 600 different species of plants, including more than 300 varieties of wildflowers. Читать еще
Pontalba Buildings 5 1 0 0
Sharing: