The best festivals in New Orleans

New Orleans is a great city for parties, so do not miss out on any of the large-scale celebrations that take place throughout the year. Learn about the top 10 festivals in New Orleans.

You will hear musicians from all over the world playing all kinds of music from jazz and blues to rock and roll. It hosts the world's largest jazz brunch, at Woldenberg Riverfront Park and Jackson Square. More than 60 of the best restaurants have opened a tasting for visitors.

You will also find guided tours of private gardens, the world's largest pralines and the annual crayfish-eating contest. 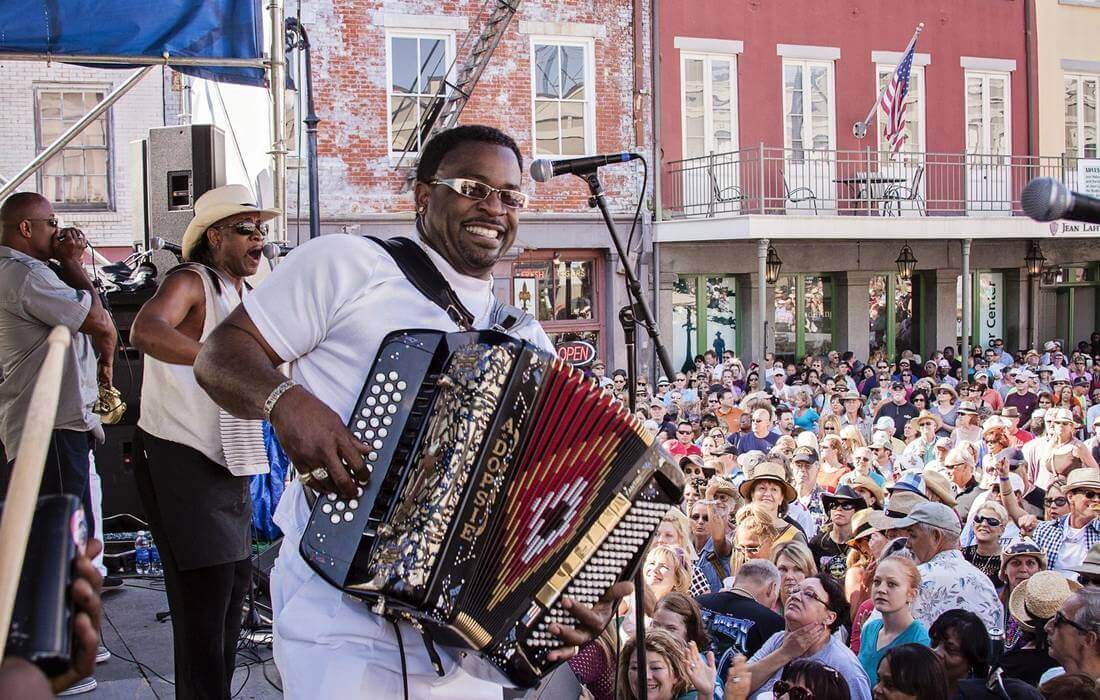 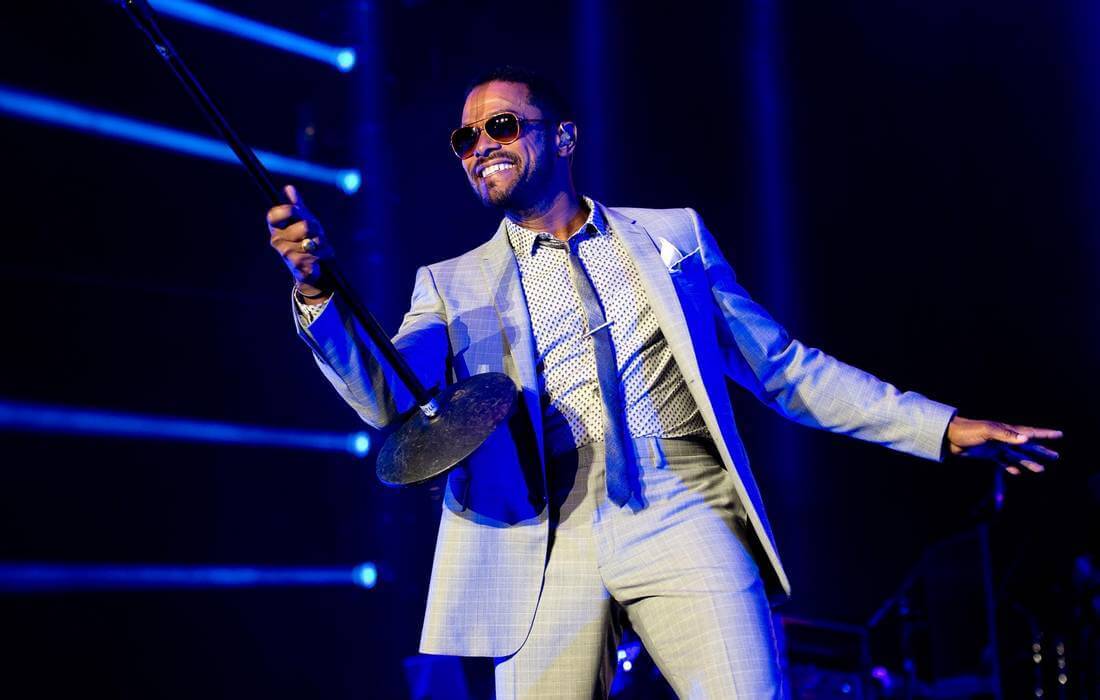 The New Orleans Jazz and Heritage Festival is a major event for more than 400,000 locals and visitors. The 10-day cultural festival is a place where thousands of musicians, chefs and artisans come together to bring in the best of many cultural traditions.

Guests can hear local music, blues, R & B and Afro-Caribbean motifs, as well as many other genres. Musicians such as Stevie Wonder, Aerosmith, Elvis Costello and Pearl Jam are just some of the famous bands that have performed over the years. And when all these dances evoke appetite, do not worry - there are many sellers offering delicious southern dishes, as well as artisans selling their crafts and handicrafts.

This free three-day music and art festival is great for families and large groups. The festival is held on the historic banks of the St. John's Bayou River, and many locals participate in it.

You can also appreciate the work of local artists and try food from a variety of local food suppliers. Pay attention to the pork Busheri sandwich and strawberry smoothie with condensed milk.

There are three scenes for live bands and tents for children. Since this place is right by the bay, you can rent kayaks. 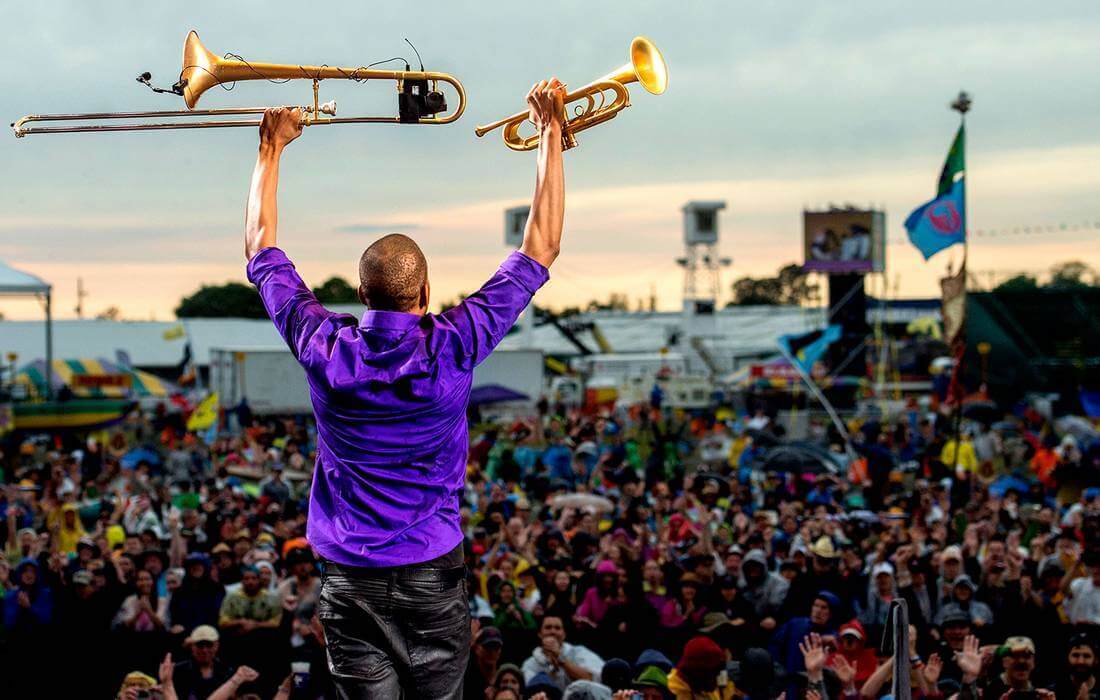 Mardi Gras is the most famous festival in New Orleans, has European roots with 17th century. This is a wild celebration of the crowd in bright costumes, beads and masks. Gathering around the streets for numerous carnival processions, guests of the festival throw beads at each other to celebrate this celebration of Fat Tuesday. Making their way through the main streets of the city, processions end on Canal Street.

The festival is held after Christian baptism and lasts until Ash Wednesday, usually from late February to March. Hundreds of thousands of visitors flock to new orleans every year to take part in mardi gras.

Having significantly increased over the past few years, the venue of the New Park Orleans City Park Festivals creates a spacious setting with a variety of food stalls. From the second of September, the festival offers three days of live music, a wide selection of craft beer, gifts and souvenirs, as well as food and specialty cocktails.

Be sure to check out Drago's Seafood Restaurant, which serves original oysters cooked over charcoal. Acme Oyster House’s restaurant serves specialty grilled shrimps and oysters, as well as a fan favorite dish - shrimp barbecue. Entry fee will go on fundraising.

This festival was first held in 1995 in honor of the 25th anniversary of the magazine Essence. It was planned only as a one-time event, but today the annual four-day music festival is becoming stronger than ever.

The festival takes place in early July and hosts some of the best African American men and women in music today. Among the musicians who performed were Janet Jackson, Mary J. Blige and Queen Latifah. The annual festival consists of two parts. During the day, the action takes place in a conference center with a market, seminars and speakers devoted to African American culture. In the evenings, the fun continues in the Louisiana Superdome, where concerts are held.

The festival originated in 2001 and was an interesting way to get people on Royal Street to see the works of art exhibited there. Now it is an annual summer festival, which is held in July.

You will find everything from sculptures to beadwork and painting, and you can even paint your body with one of the local artists. And it would not be a party without music and delicious food, which you will find in excess, walking through the galleries.

Luna Fete is one of the most unique art festivals you have ever attended. The four-day art festival takes place in early December and turns buildings in the city center into digital canvases. You will see fantastic digital art.

Every hour there is a light show with digital sculptures and projections. You will also find a huge bazaar where you can buy works of local artisans.

The Satchmo Summer Festival is dedicated to New Orleans Louis "Satchmo" Armstrong. Louis had a great influence on the music and culture of the city, and the people still love it to this day. The three-day event takes place in the French Quarter , its starting base is the Jazz Museum in New Orleans.

During the event you will enjoy the music of jazz and blues musicians and large brass bands. They also offer some of the best dishes in town, including shells, crab cakes and barbecues. Armstrong was born August 4, so the event takes place in the first weekend of August.

Voodoo had a significant impact on the culture and history of New Orleans, so it’s not surprising that it gave rise to the Voodoo Music and Art Experience festival. This three-day festival began 20 years ago and is held on the last weekend of October.

The festival of music and art is held at the Festival Square in City Park. Come and enjoy the best rock and alternative bands from all over the state.

This list is just a small sample of more than 130 festivals held in New Orleans. While visiting the city, you can find a fun festival to taste on every weekend. Most of them are free, and they will always have live music and delicious food.

Visit New Orleans along with American Butler - show you which festival to visit and which sights to find out.
Send a request
Also read
Attractions
New Orleans is the largest city in Louisiana, where many cultures are mixed, from France to the Caribbean. It is the birthplace of jazz and American Opera. Here everything is not like a typical America:… Read more
Parks
Whether it's about the tracks of the great jazz Louis Armstrong, alligator observations, the search for a modern playground or a picnic in the shade of an oak tree, you can find anything in New Orleans.… Read more
Museums
As an important American city, New Orleans, of course, has several world-class museums. National Museum of the Second World War is as impressive as any other, and the New Orleans Art Museum takes its… Read more
Decorated Christmas Cities
Читать еще
How does recycling work in USA
10 years in prison for dumping trash? Easily, if you threw the packaging from under the laundry detergent in the tank for food waste. More recently, Americans did not want to dig in the trash, but now… Читать еще
Who is Elon Musk
Do you know who Elon Musk is, where he grew up and what does he do? What has he done useful and what plans to achieve? Read more in the article about one of the most famous entrepreneurs of our time. Читать еще
French Restaurants in Miami
The French know no boundaries when it comes to expressing love. It can be seen not only in words, but also in cooking. While in Miami, take a look at one of the restaurants on this list: Palme d'Or at… Читать еще
Hoover Dam
Hoover Dam is one of the highest dams in the world, and at the same time a powerful hydroelectric power station. Tourists and residents come here to see the incredible scale of construction, go boating,… Читать еще
Craft Contemporary
Craft Contemporary is a building with more than half a century of history, a gallery of folk art. Since Los Angeles has become an important international art center, the Museum of Crafts and Folk Art… Читать еще
Festivals 5 1 0 0
Sharing: