New Orleans is the largest city in Louisiana, where many cultures are mixed, from France to the Caribbean.

It is the birthplace of jazz and American Opera. Here everything is not like a typical America: unusual architecture, colorful residents, unique cuisine and relaxed atmosphere.

New Orleans is the birthplace of jazz and the main city of Louisiana. Surrounded by the Mississippi River, the Gulf of Mexico and Lake Ponchartrain. On an area of 906 km² live 370 thousand people. 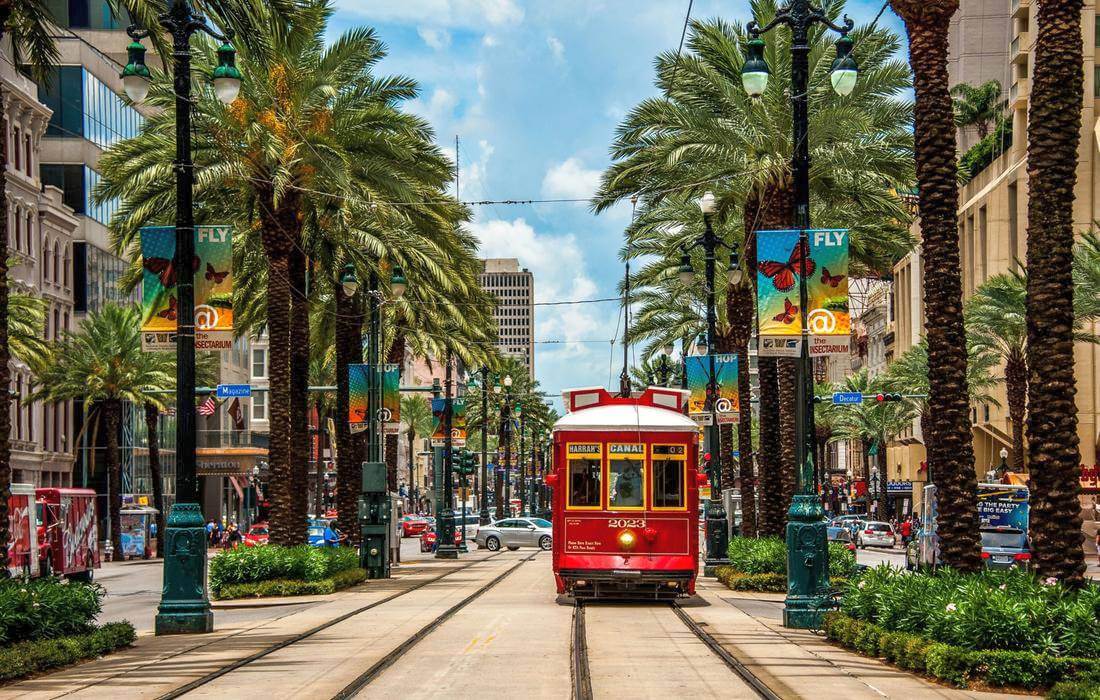 Among Americans, you can hear what they call the New York "Big Easy" and this is no accident. Everywhere there is an atmosphere of carelessness in which the culture of France, Africa and the Caribbean is mixed. It’s better not to go with children here: nightclubs, alcohol and a casino at every turn. There is delicious food - affects the stay of the French. Smaller monotonous hamburgers and sandwiches, more unusual soups and pies. For example, they serve tortoise soup, crocodile meat and crab pie.

The city is famous for the Mardi Gras carnival. It is usually held in February or March. You could see how such an event takes place - usually the procession from richly decorated platforms on wheels passes through the city streets, and people walk in colorful costumes.

Look at this action as a spectator or try your luck - ask the organizers to participate before the procession. Sometimes lucky. It is very difficult to find accommodation at this time - tourists book rooms for another six months. Rare free housing rent at absolutely horse prices - up to $ 1000 per night.

The climate is subtropical, with hot and humid summers. In winter the temperature does not fall below 10 ° C, there is almost no snow. From mid-summer to late fall, the hurricane season passes, so the best time to visit is in spring or in the first half of summer. 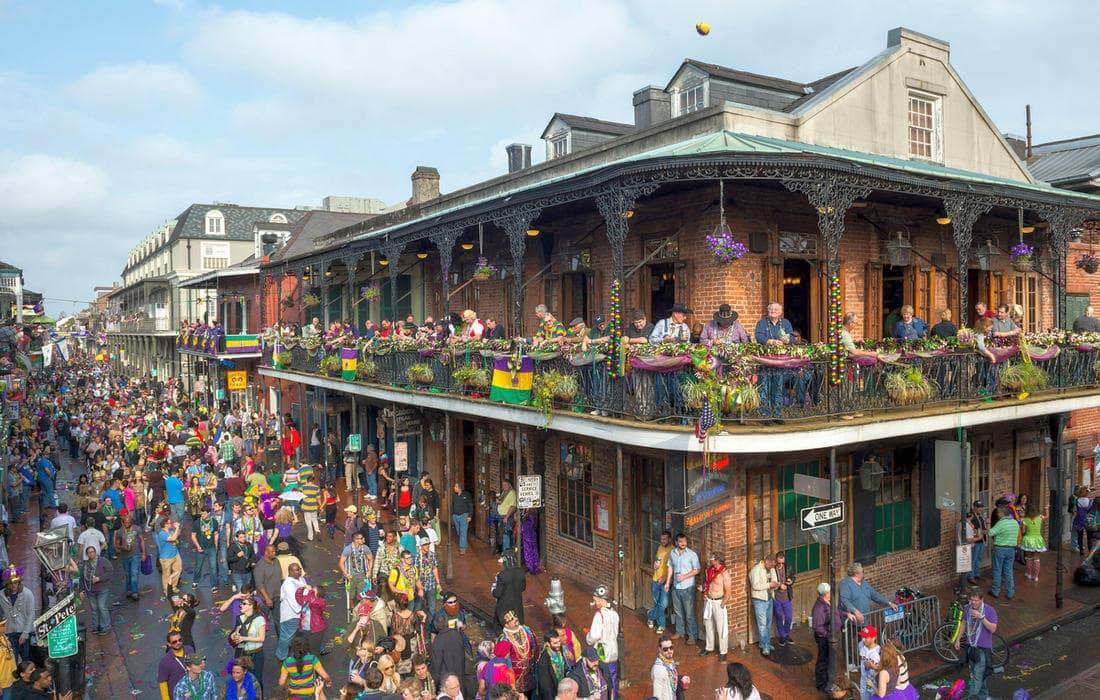 The territory of New Orleans was discovered by the Spaniards in the 16th century. After 200 years, the area was taken over by the French, who built the port of Nouvelle Orleans in 1718. This event is considered the beginning of the appearance of the city. The Louisiana governor Jean-Baptiste de Benville was following the development of the city. In the power of the French New Orleans did not stay long, a year later he moved to the Spaniards. By 1800, Napoleon Bonaparte realized that it was useless to scatter land like that and, posing as the owner, sold the land to the United States.

At the time of sale in the city lived 10 thousand people, half of whom are slaves. Part of the inhabitants were French, and some - the Americans . Local laws were such that slaves could receive freedom and occupy a high post in a particular community. The development of the economy began, and the city was overgrown with new areas. Residents became 2 times more, the port built turned New Orleans into a major trading, and later slave-owning center. Growth led to the fact that the British began to attempt to land. For them, the Americans were the worst enemies, so the capture of New Orleans would have hit the economy hard. This led in 1815 to the Battle of New Orleans, in which the British lost.

By 1840, the city became the fourth largest in the United States, and 100 thousand citizens lived there. The civil war did not affect the inhabitants. Already in 1893 a tram movement was opened here.

By the beginning of the 20th century, a jazz culture was born. The city is gradually falling into decay, other cities in the South of the United States are overtaking in number. World War II undermined trade and industry. Exacerbated interracial conflicts. Went outflow of white residents.

In 2005, due to Hurricane Katrina, protective dams broke - the city was badly damaged, 80% of its area was flooded. Only the oldest districts remained intact. The oil industry, river transportation and tourism helped the city recover.

The historic center of the city. After the big fires at the end of the XVIII century, everything was built up here with small patterned houses. The houses show how the architecture of France and the flavor of America have come together.

Jackson Square passes through the block, where you can find the statue of General Andrew Jackson and the cathedral Saint Louis. There are especially many fortune-tellers, musicians and artists. The French market sprawls by the river: a mixture of souvenir shops, stalls with vegetables and fruits, restaurants. And all this is accompanied by jazz music in the background.

The museum opened in 1911. He has a collection of art works from France, America, Africa and Japan. 40 thousand exhibits are collected here, including paintings by Monet, Renoir, Picasso and Jackson Pollock. 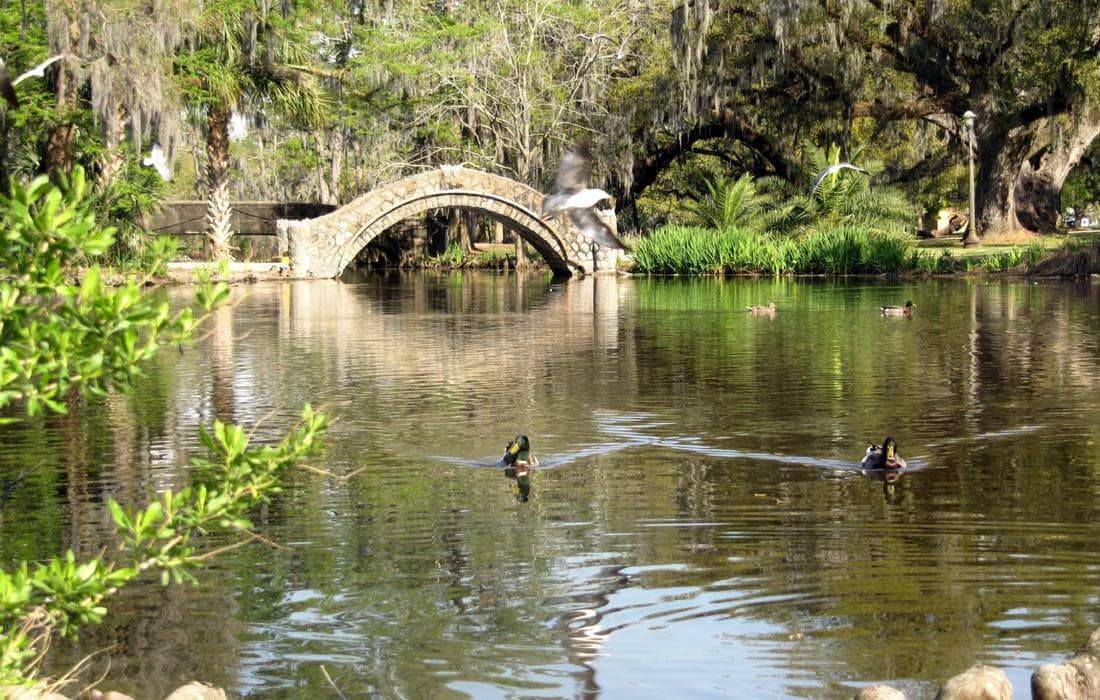 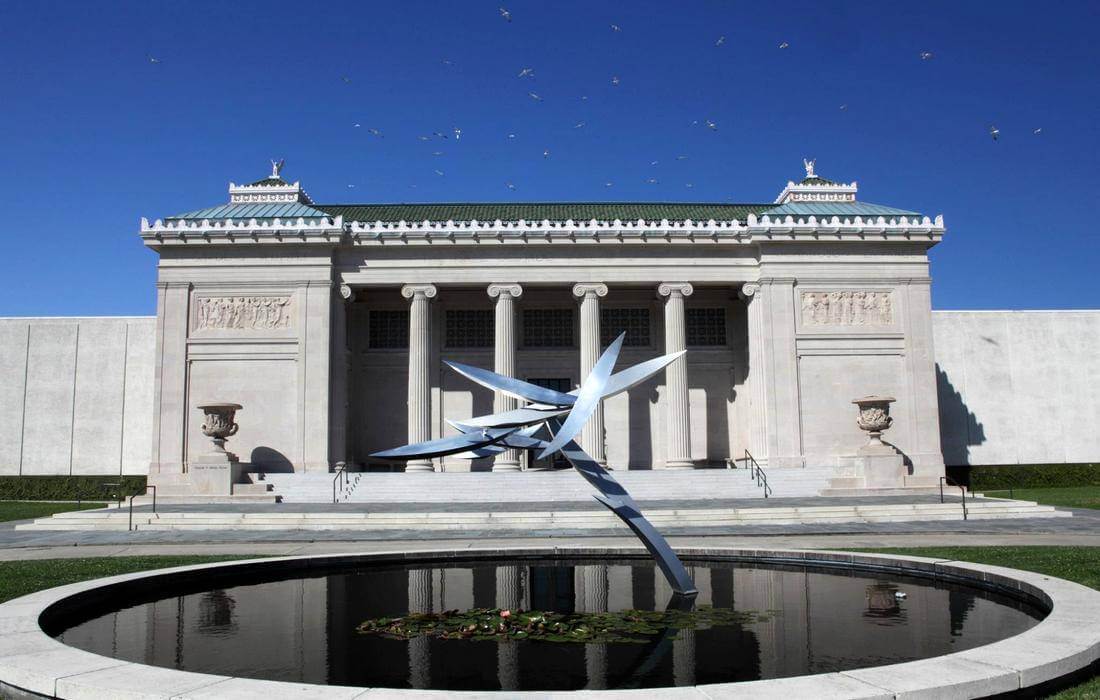 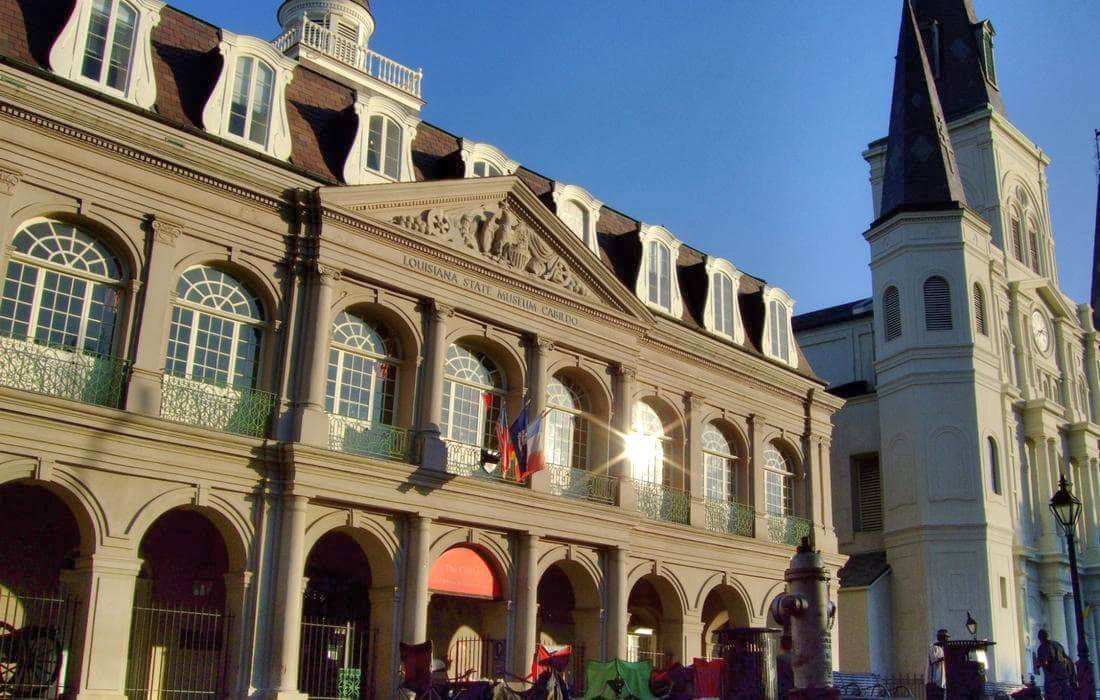 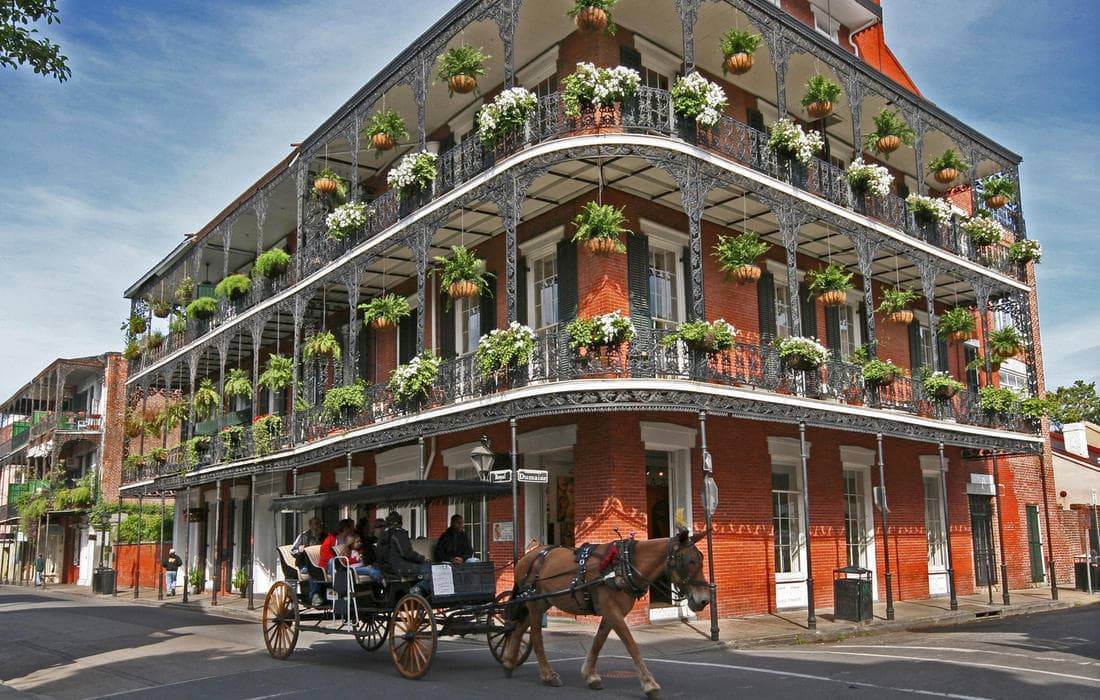 The park covers 13 km² and includes the Botanical Garden, the Museum of Art, an oak grove and a sculpture garden. Children will be interested in the local amusement park and water park. An 18-hole golf course and tennis courts are available for athletes.

City Hall, erected in 1795. A building with a rich history. First, the governor of Spain lived here. 4 years after the construction, the city council gathered here. Later the building was given under the State Supreme Court. Now there is a museum dedicated to the history of the city and state.

Will help to relax in New Orleans travel agency American Butler. We will draw up a convenient route for you and organize excursions, please contact us.
Book a tour