Freedom Tower is one of the first US skyscrapers built in 1925. The building with 14 floors and a height of about 80 meters with a functioning lighthouse on the dome is still amazing, although the Freedom Tower is already far from the tallest building in Miami. 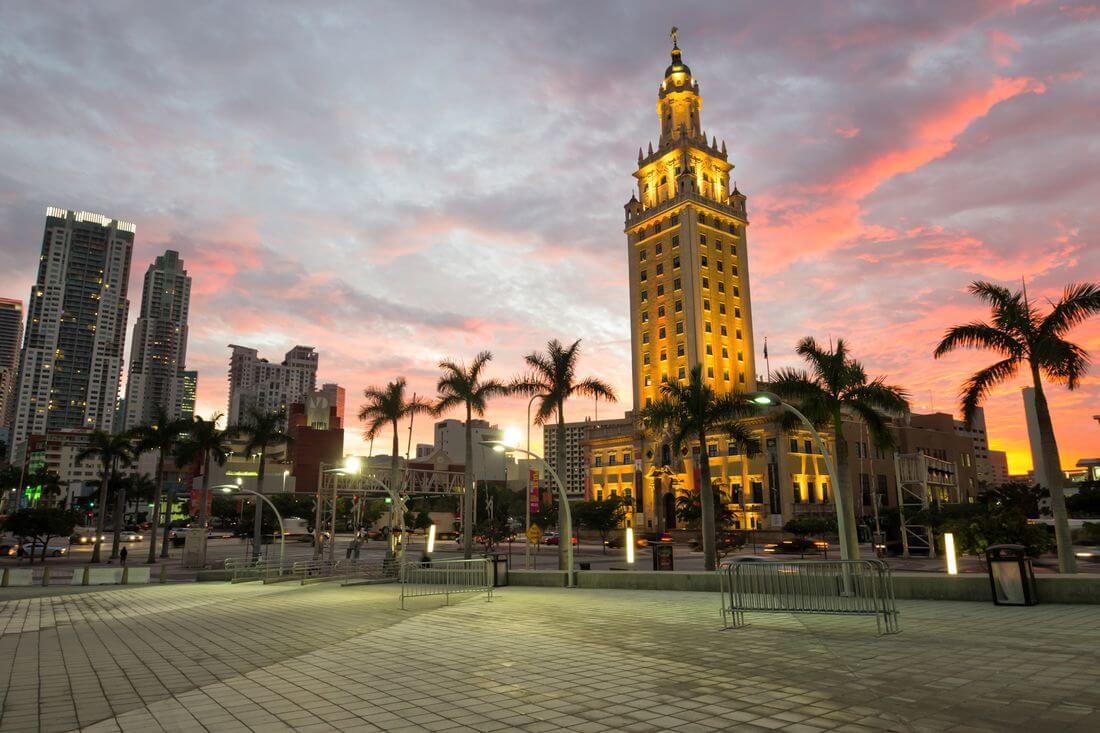 The lighthouse, which is located at the top of the building, really illuminates Biscayne Bay at night, and this is an impressive and bewitching sight even for a modern person, accustomed to light and laser shows. Really amazingly beautiful. The picture of the bay, the accuracy of calculations and the colossal nature of the architect's bold design are impressive.

The Freedom Tower in Miami is made in a unique synthetic modern style, successfully combining the features of late classicism, American Art Nouveau, vivid motifs of Spanish architecture — all note a visual resemblance to the famous Giralda Tower in Spanish Seville.

The name Freedom Tower did not receive immediately. The building was built for the editors of Miami News and until 1957 served as the central office of the newspaper. Then the property was transferred to the government and a center for registration and distribution of assistance to refugees from Cuba was set up in a skyscraper. President Kennedy pledged asylum and US citizenship to all refugees from the island. Accordingly, the name Freedom Tower appeared in association with Liberty Island, as Cuba was called.

Here they distributed medical assistance, listened to terrifying stories told by refugees in order to obtain citizenship. We do not know how true these stories are, because the stories had a very specific purpose. But the Americans believed and even set up a museum.

The illumination of the tower itself was organized relatively recently. In modern lighting, LED spotlights are used, which emphasizes the architect’s desire to stay on the cutting edge of technological progress. 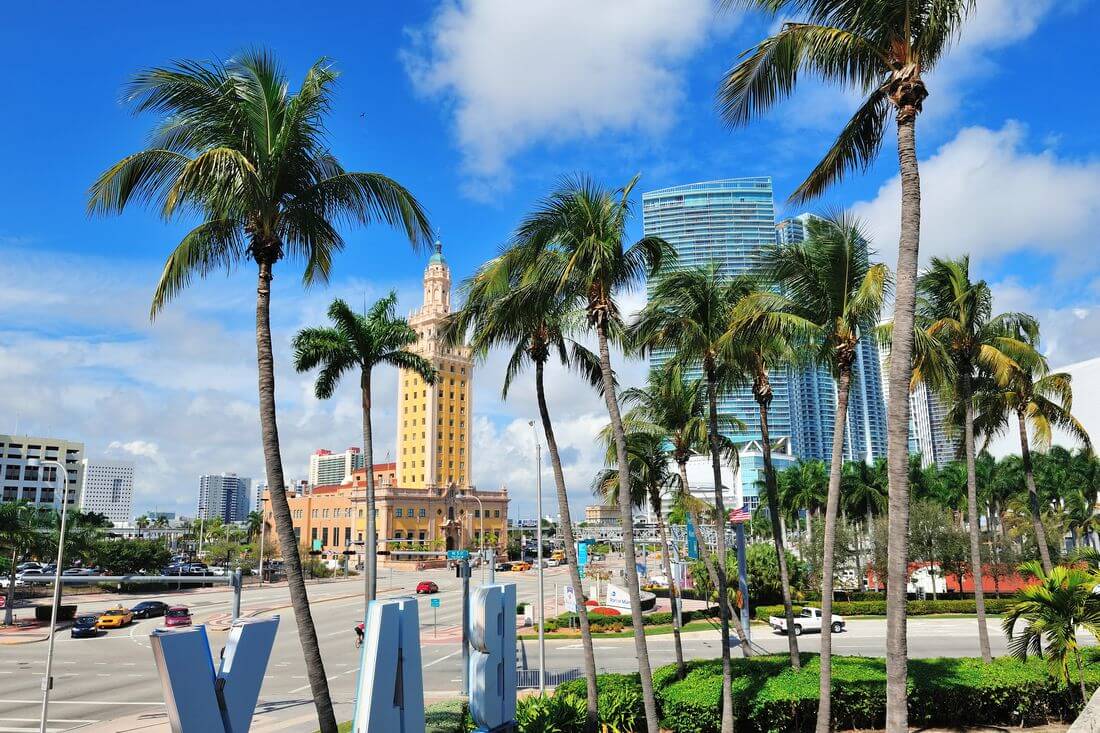 Probably everyone remembers the stunning photos of the Freedom Tower in Miami with colossal green alligators on the yellow facade. We owe this incredible performance to the worldwide art festival. Miami Art Week, which takes place in Miami in Winwood, is literally a couple of blocks from a skyscraper. Alligators on the building are part of the scenery of the contemporary art festival. Here are some more facts:

Look at the first skyscraper in Miami with the American Butler on a city tour!