Ancient Spanish Monastery — the monastery of the Virgin Mary of the Queen of Angels, one of the most romantic, mysterious sights of the main resort city of Florida. His journey to America was a long and difficult one. 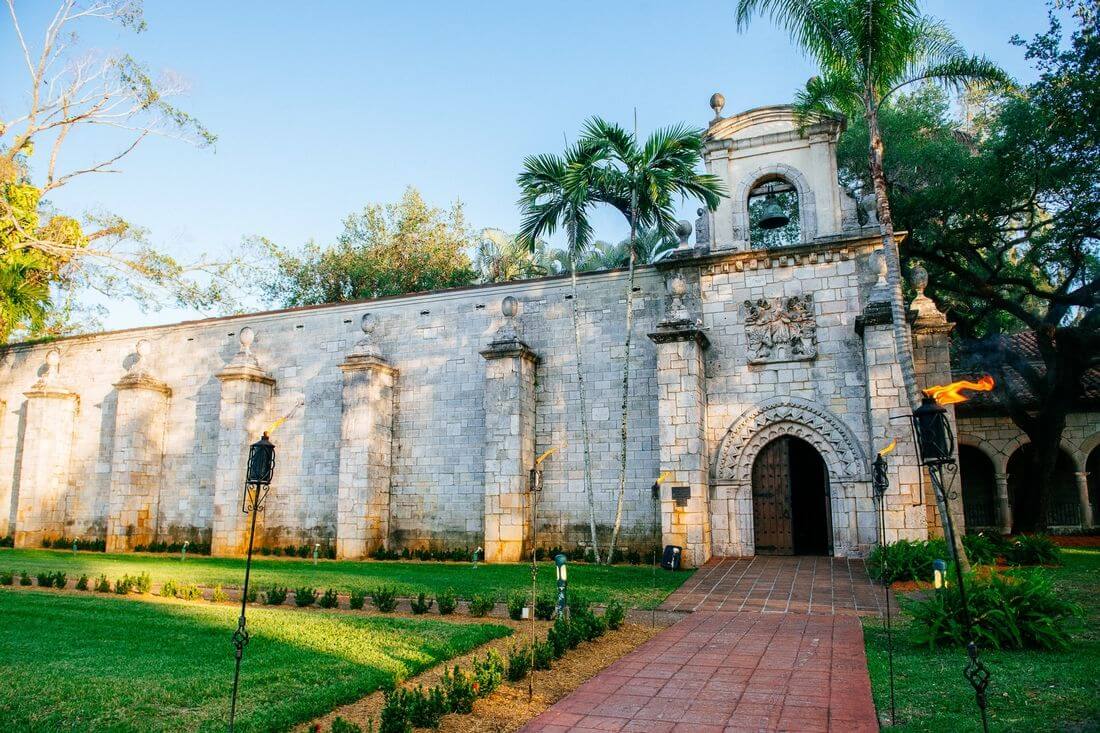 It was built in Spanish Segovia in 1141 by order of the rector of the Order of the Cisterians Bernard of Clairvaux. For seven centuries the monastery remained the current abode of the order. But in the 30s of the XIX century, Spain was swept by a civil war, the monastery of monks was abolished, the building was confiscated, sold. The new government considered the premises the most suitable for granaries, stables, warehouses.

Only in 1925, the American media magnate William Hirst appreciated this monumental monument, bought it, deciding to transfer it to New York. But the tests did not end.

The structure was dismantled, carefully numbered every detail, cataloged, wrapped in hay and sent to the United States. However, it turned out that an epidemic of foot-and-mouth disease began in Spain. Therefore, the Brooklyn Sanitary Services of the United States declared a shipment of quarantine, unpacked, disinfected, folded as necessary, and burned the numbered containers. William Randolph Hurst for a long time overcame his own financial difficulties, and died, and forgot about the remains of the monastery for a long 26 years.

And, only a quarter of a century later, the stones were bought by Raymond Moss and William Edgemon, planning to recreate the building, which turned out to be the oldest monument in North America by that time. Putting stone puzzles into a harmonious, magnificent structure is very difficult and expensive. It took a year and a half and 1.5 million dollars. 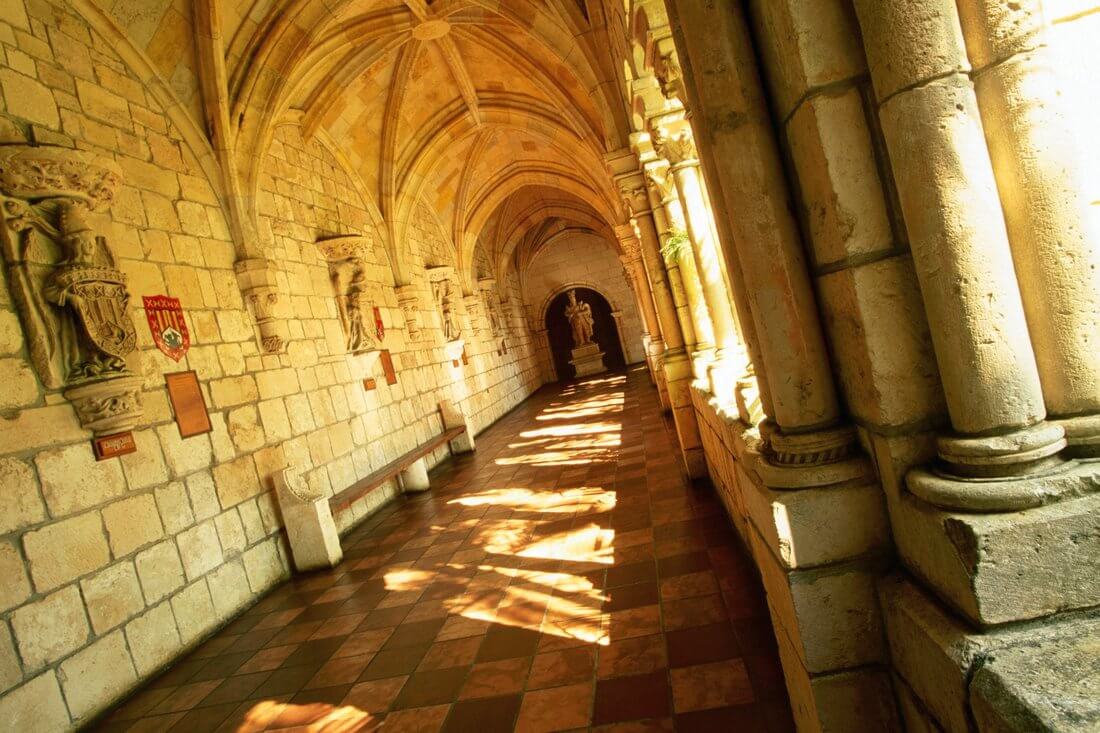 The life of the historical monument continues

In 1964, philanthropist banker Robert Pentland bought and handed the Ancient Spanish Monastery to the Florida bishop. The parish church sends services in two languages - English and Spanish. In the church of the monastery of St. Bernard de Clervaux, services are again held, church ordinances are sent, especially wedding ceremonies, which in this place are given a halo of serious intentions and holiness of decision.

Wealthy people consider it an honor to hold weddings, receptions and celebrations on its territory for significant events. Regularly conduct photo shoots and videos. There is always tranquility and tranquility, and the beauty of architecture and landscaping is striking.

The ancient walls and the spanish monastery in Miami (as tourists sometimes call it) are surrounded by lush greenery, breathing peace, familiarity with the wisdom of centuries and the trials that fell to its lot.

Visitors do not leave a feeling of familiarization with the sacraments of eternity, peace.

The ancient or ancient Spanish monastery of Miami is listed in the Register of Historic Buildings. Now it is part of the cultural heritage of the resort and its life continues.

And you can learn more about the monument and culture of the region with American Butler.

Be sure to book an excursion to American Butler!
Send a request
Also read
Bacardi Building
Bacardi Building is a must-see facility for visiting the resort and one of the city's attractions. This is one of Miami's most valuable architectural gems. The Bacardi complex is characterized… Read more
Wynwood Walls
Wynwood Walls is a whole area of graffiti in Miami, wall painting, street art and the world capital of free artists, ready to show their world view as widely as possible. This is not a dull schedule of… Read more
Freedom Tower
Freedom Tower is one of the first US skyscrapers built in 1925. The building with 14 floors and a height of about 80 meters with a functioning lighthouse on the dome is still amazing, although the Freedom… Read more
Venetian pool
The Venetian pool is an amazingly fabulous place in Miami, which is historical for Americans. Every person who wants to see a paradise on earth will want to visit the Venetian pool. And here is the Venetian… Read more
Miami Beaches
Читать еще
Mobile network operators in the USA
The good news for those who confuse "ringing" and "ringing" - Americans do not care. But how to make a call or message in the United States and not give the last shirt for it, the information will be… Читать еще
American writers
Читать еще
Who invented the hot dog
Читать еще
Hoover Dam
Hoover Dam is one of the highest dams in the world, and at the same time a powerful hydroelectric power station. Tourists and residents come here to see the incredible scale of construction, go boating,… Читать еще
Craft Contemporary
Craft Contemporary is a building with more than half a century of history, a gallery of folk art. Since Los Angeles has become an important international art center, the Museum of Crafts and Folk Art… Читать еще
Ancient Spanish Monastery 5 1 0 0
Sharing: